Hennessey Performance Engineering has been gifted a mighty title for its birthday.

Taking to a Texan Navy base’s airstrip last month for its 25th anniversary, the American tuner wound out its latest creation, the Venom GT Spyder, to a world-record snaring 427.4km/h.

Revealed last year, the Spyder is a pop-roof version of the regular Venom GT. Lying behind Brian Smith, the man who piloted the record run, was the car's twin-turbo 7.0-litre LSX V8 that produces 1082kW and 1745Nm. Crazily, its power’s channelled through a six-speed ’box to the rear wheels only. 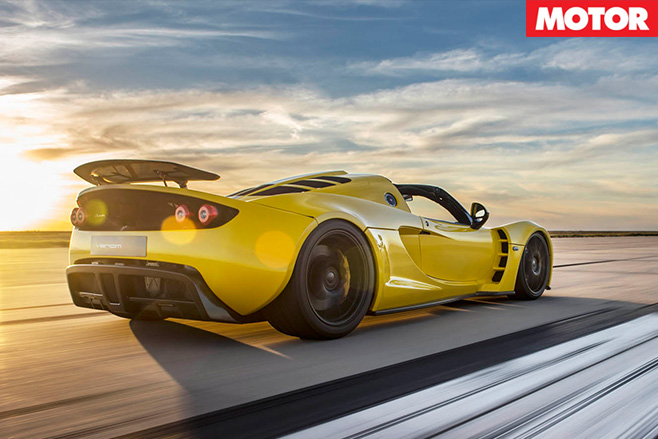 The Spyder steals the record from Bugatti’s Veyron Gran Sport Vitesse, which claimed to be the world’s fastest convertible after hitting 408.84km/h Volkswagen Group’s proving grounds in Ehra-Lessian, Germany, in 2013. 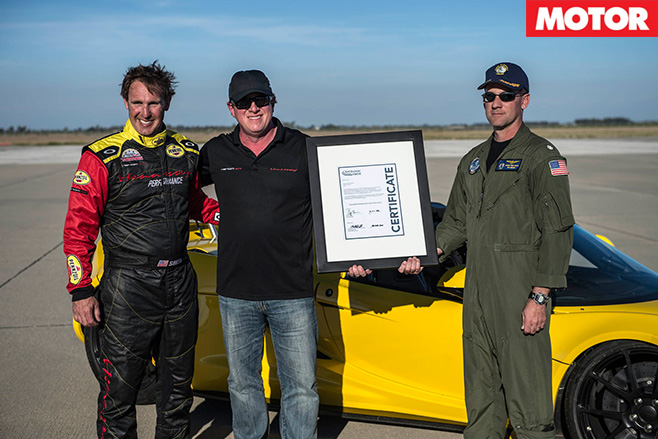 The Venom GT Spyder’s 427.4km/h was independently verified by data specialists Racelogic, but Hennessey can’t stamp on a Guinness World Records’ sticker as it was achieved with one run, not the required average of two in opposing directions. 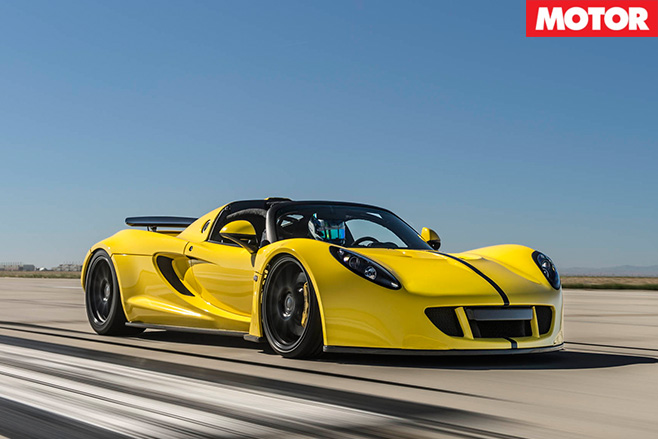 Hennessey reportedly doesn’t care though. Because Bugatti’s 2013 record wasn’t ticked off by the Guinness World Records, but the German Technical Inspection and Certification Association instead, in Hennessey’s eyes Racelogic’s nod is good enough.

Three examples of the “World Record edition” Venom GT Spyder will be built. At an eye-watering price of US$1.3 million before tax. 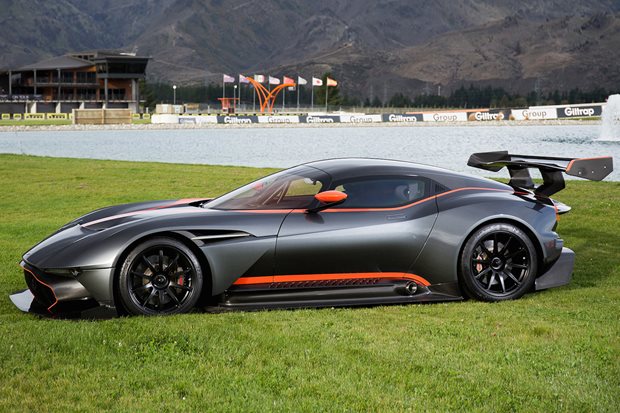 South Hemisphere’s only Vulcan arrives at our neighbour’s place 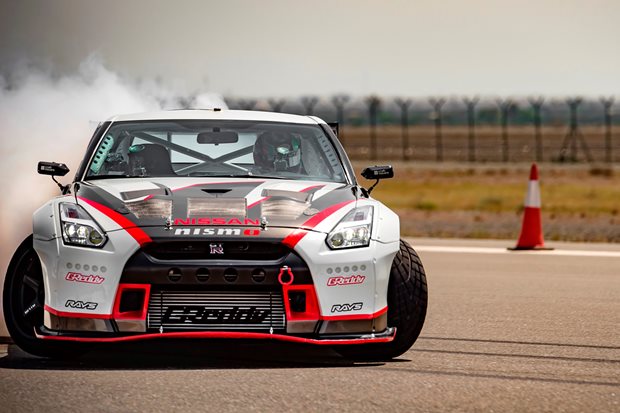 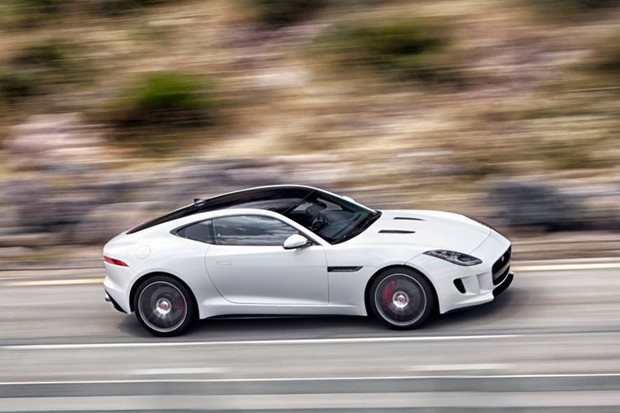