If you're the type of car enthusiast that's judges a car by its numbers, then the new Hennessey Venom GT Spyder is your new favourite vehicle.

Based on the Venom GT, a sort-of mutant Lotus Exige fitted with a 7.0-litre twin-turbo V8, the Spyder offers both a more immersive experience thanks to lacking a roof as well as more performance. 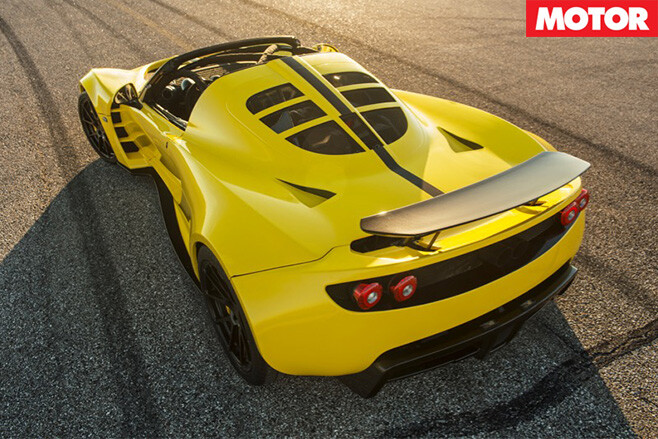 Now, given the regular Venom hit 435km/h at Kennedy Space Centre in 2014, you could argue it didn't really need any more performance, however Hennessey disagrees.

As such, the ability to run on E85 has allowed the Texan tuner to lift boost pressure from 19psi to 26psi, the result of which is an increase of 154kW from an underwhelming 926kW to an almost-adequate 1082kW (your sarcasm meter should be beeping right now). 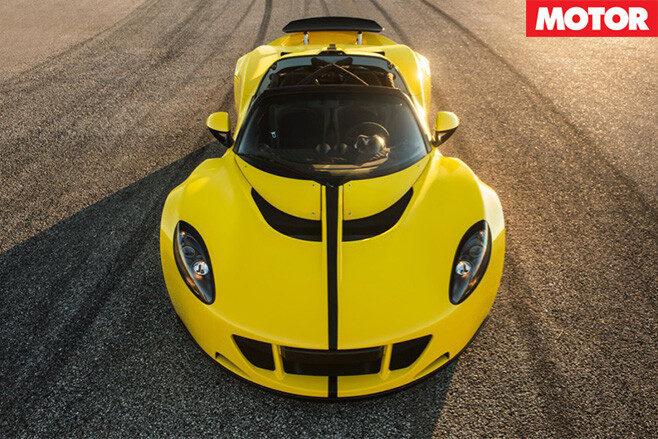 For drag racing fans, a more common measure of performance is its quarter mile time, which is claimed at 9.4sec at 269km/h. Pretty brisk. 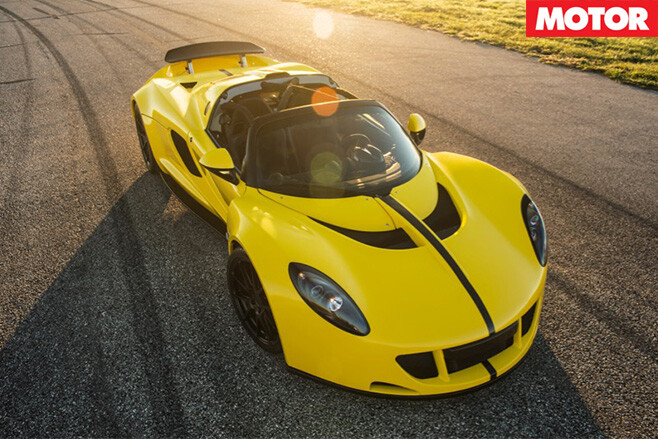 Only a handful of Venom GT Spyders (probably single figures) are planned to be produced and the price will definitely fall into the "if you have to ask" category, however if you want the fastest thing on four wheels, this is the car for you.