Holden’s spin on those usually dull SUV TV ads hit the air in February. It showed a highly stylised heist, a clumsy quintet of Gen X crooks, and a few Lion-badged crossovers to help them escape.

Sure, it’s a little cheesy, but at least it’s something different to the predictable (and often stereotypical) stage of a mum with SUV aspirations wrangling some feral kids onto a soccer pitch. The ad is even a little saucy, with a wonderfully executed J-turn at a shipping yard giving the crooks a breakthrough in the getaway.

Though the scene when the Holden Equinox does a 180-degree turn is splashed with a clear disclaimer, “Filmed under controlled conditions. Expert driver used,” it was clearly too saucy for some. Well, at least one.

Ad Standards Australia, the advertising authority responsible for banning ads for the Volkswagen Amarok and Ford Ranger Raptor last year after complaints of reckless driving, has told Holden to pull its ad for the new SUV campaign after an objection to that scene.

You can watch the full ad with the undeleted scene in question here:

According to Mumbrella, the complaint stated, “In my opinion it [the J-turn] would qualify for a loss of licence under the current hoon laws and the vehicle impounded. Quite an inappropriate ad in today’s climate of road safety.”

Righto, should we ban the scenes of art being stolen too? In today’s climate of job instability and pressure on housing prices, SUV buyers - under the pressure of keeping up with Joneses - might be influenced to organise a heist. In fact, the fumbled exit of the TV ad crooks would suggest they were indeed first timers. Thus, the average SUV buyer might be enticed to perform an illegal activity.

This is all too easy to whinge about.

It is a wonder how we ever manage to have car ads beyond static and slow-rolling suburban shots (though that could be deemed illegal too) given what the Voluntary Code of Practice for Motor Vehicle Advertising guidelines stipulate. 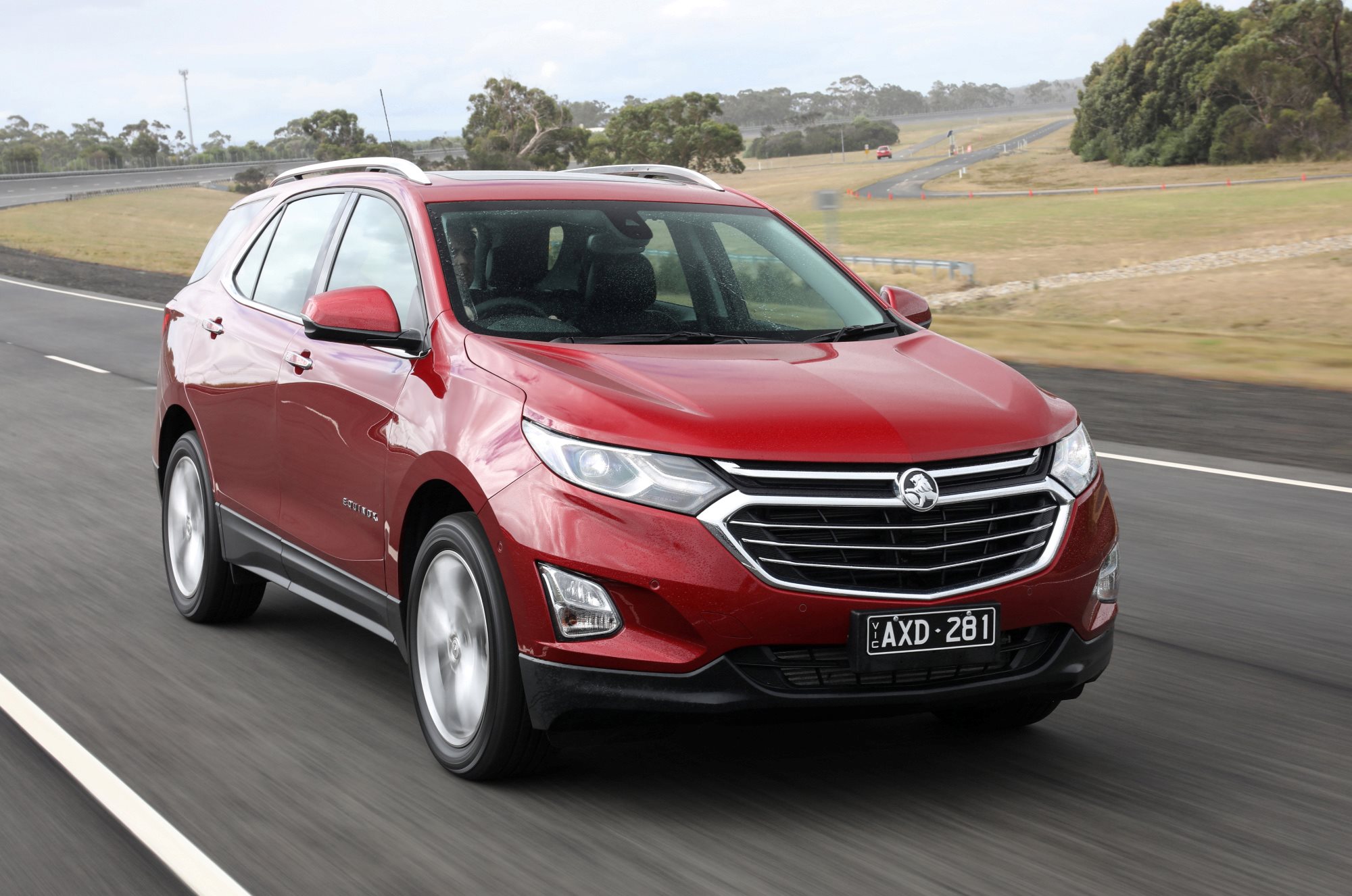 “Should avoid explicitly or implicitly drawing attention to the acceleration or speed capabilities of a vehicle.

“Avoid references to the speed or acceleration capabilities of a motor vehicle.

“Factual references to the capabilities of the motor vehicle (for example, cylinder capacity, kilowatt power of the engine, or maximum torque generated) are acceptable, provided that they are presented in a manner that is consistent with the provisions of the Code.

“Use of disclaimers indicating that a particular scene or advertisement was produced under controlled conditions; using expert drivers; that viewers should not attempt to emulate the driving depicted; or expressed in other similar terms, should be avoided. Such disclaimers cannot in any way be used to justify the inclusion of material which otherwise does not comply with the provisions of the Code.”

Ad Standards ruled that the disclaimer used during Holden’s ‘hoon’ scene was “unsatisfactorily compliant,” and that the 180-degree turn would be illegal on a road. Doubtless, it is. But no, Equinox drivers are unlikely to pull the handbrake during a test drive. 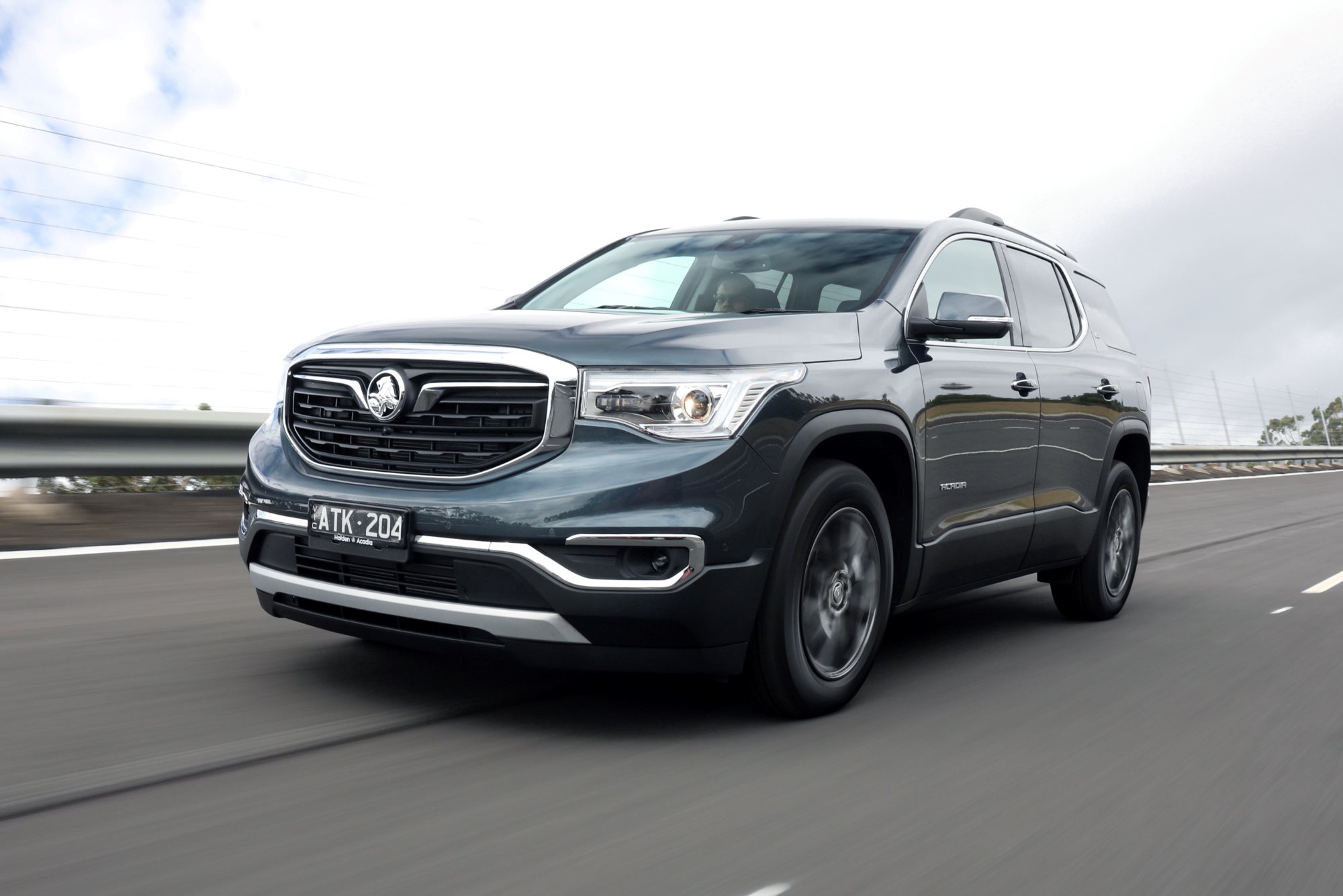 Holden, biting its tongue like a sapped diplomat, responded to the ruling:

“The driving scenes deliberately leverage cliché, Hollywood environments and actions to help our audience quickly understand that this Advertisement is designed to look like a movie trailer, rather than a depiction of real life events,” it said in a statement.

“The advertisement was at all times filmed under controlled conditions by trained and experienced professionals. There was no unaccounted-for traffic, or any other potential obstacle present at any point during filming.” 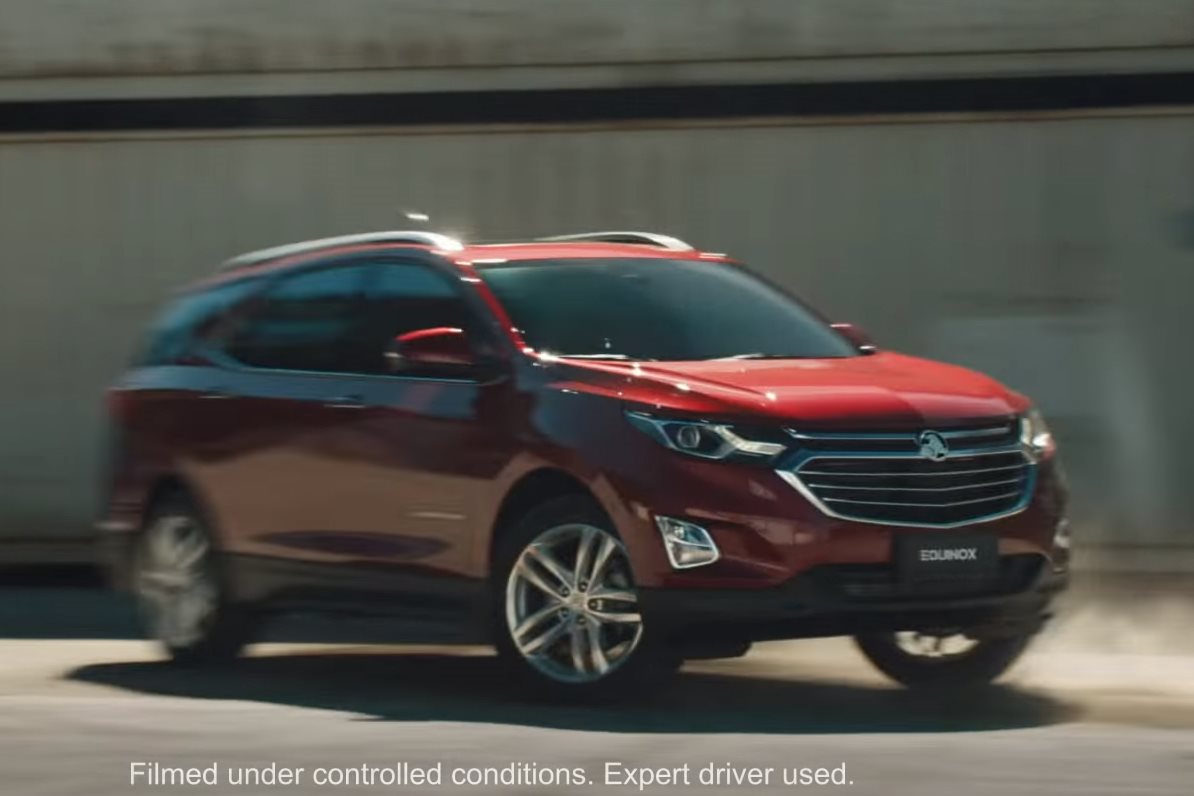 While car ads cannot depict, encourage or condone dangerous, illegal, aggressive or reckless driving, surely, in its statement, Holden was alluding to the fact that the Code of Practice also states that, “Advertisers may make legitimate use of fantasy, humour and self-evident exaggeration in creative ways in advertising for motor vehicles.”

But don’t let that get in the way of a good ol’ beat up.