HSV is determined that its locally-made range isn’t going to go out without a proper bang.

Over and above its LSA models (which also get an upgrade for the last fling) there’s a new range that recalls a famous HSV tag, the GTSR line-up.

Based on the 430kW GTS, the reborn GTSR family includes a sedan and a Maloo ute as well as the headlining W1 which deserves a separate discussion on its own. 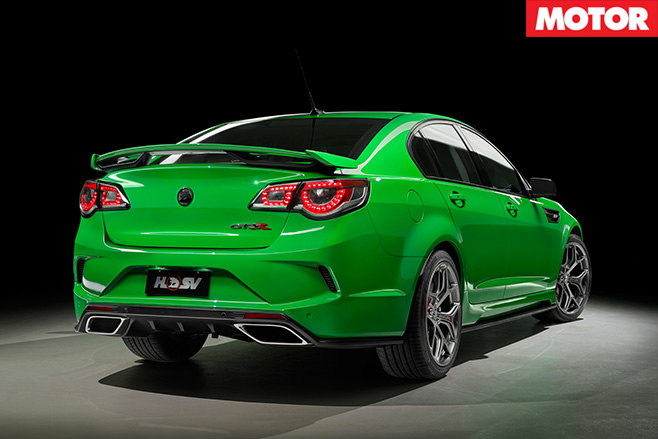 The point is that with just 300 W1s to be built and a price-tag you can’t jump over, it’ll be the other GTSR models that will be actually attainable. So what do you get?

Well, over and above the GTS, the GTSR gains an extra five kiloWatts thanks to a new air-filter assembly that bumps grunt to 435kW while torque stays the same 740Nm. 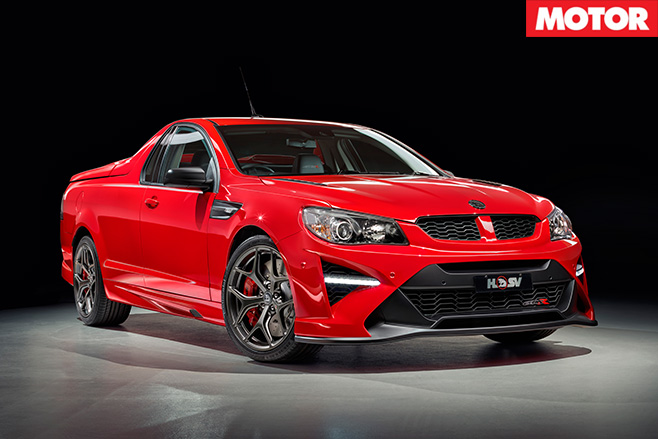 The GTS-R sedan and ute also pick up the wild, six-piston AP brakes and the 410mm front rotors that use a two-piece floating design with alloy top-hats and anti-rattle clips. Wheels and tyres are 20-inchers with ContiSportContact hoops in a 265mm front, 295mm rear fitment.

But the fronts now have a different offset; a move that’s been made possible by a wider front guard. That’s also forced a new front apron so HSV gave the whole body kit a once over, winding up with bonnet vents, fender vents, a new rear fascia, rear spoiler and a diffuser. 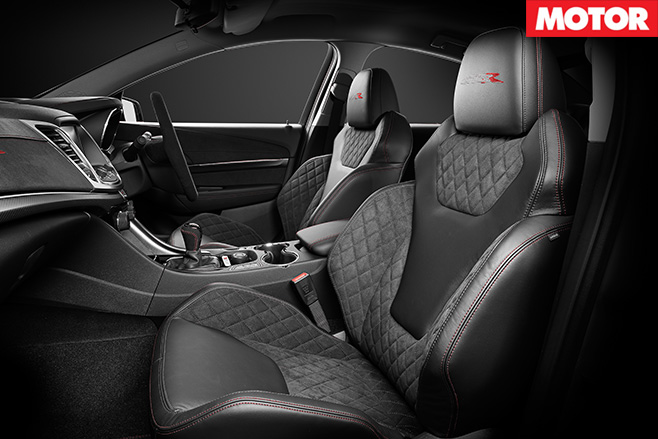