In Gear: This month's pick of awesome gadgets 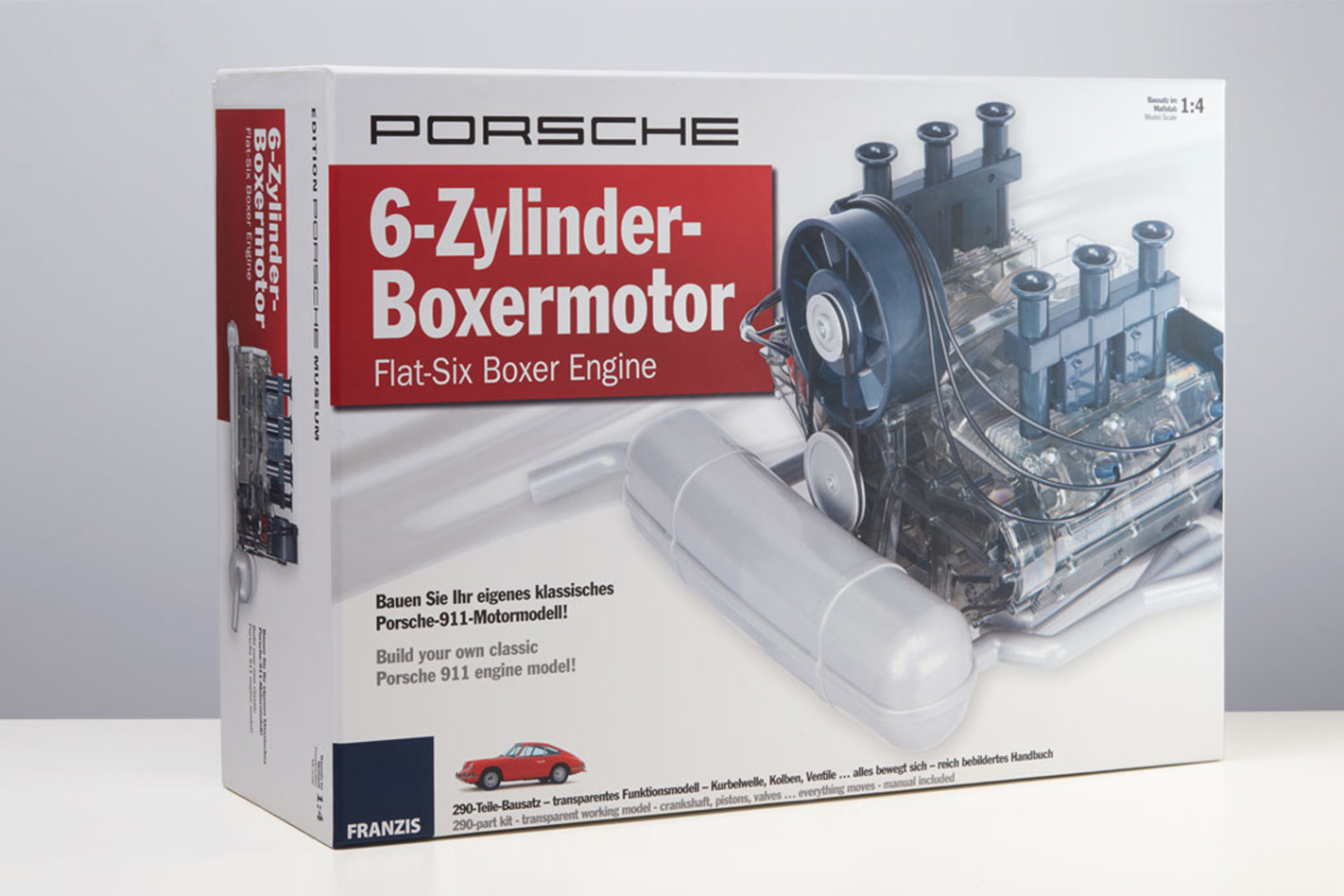 Impress your Porsche fanatic friends when you tell them you built a 2.0-litre flat six on the weekend and it started first time. They don’t have to know it was a 1:4 scale model of the original 1966 911 engine. The 290-piece kit requires no messy glue and uses transparent parts to offer an X-ray view of the internal components moving. Porsche does not say whether it is Euro6 compliant.
shop3.porsche.com/Australia 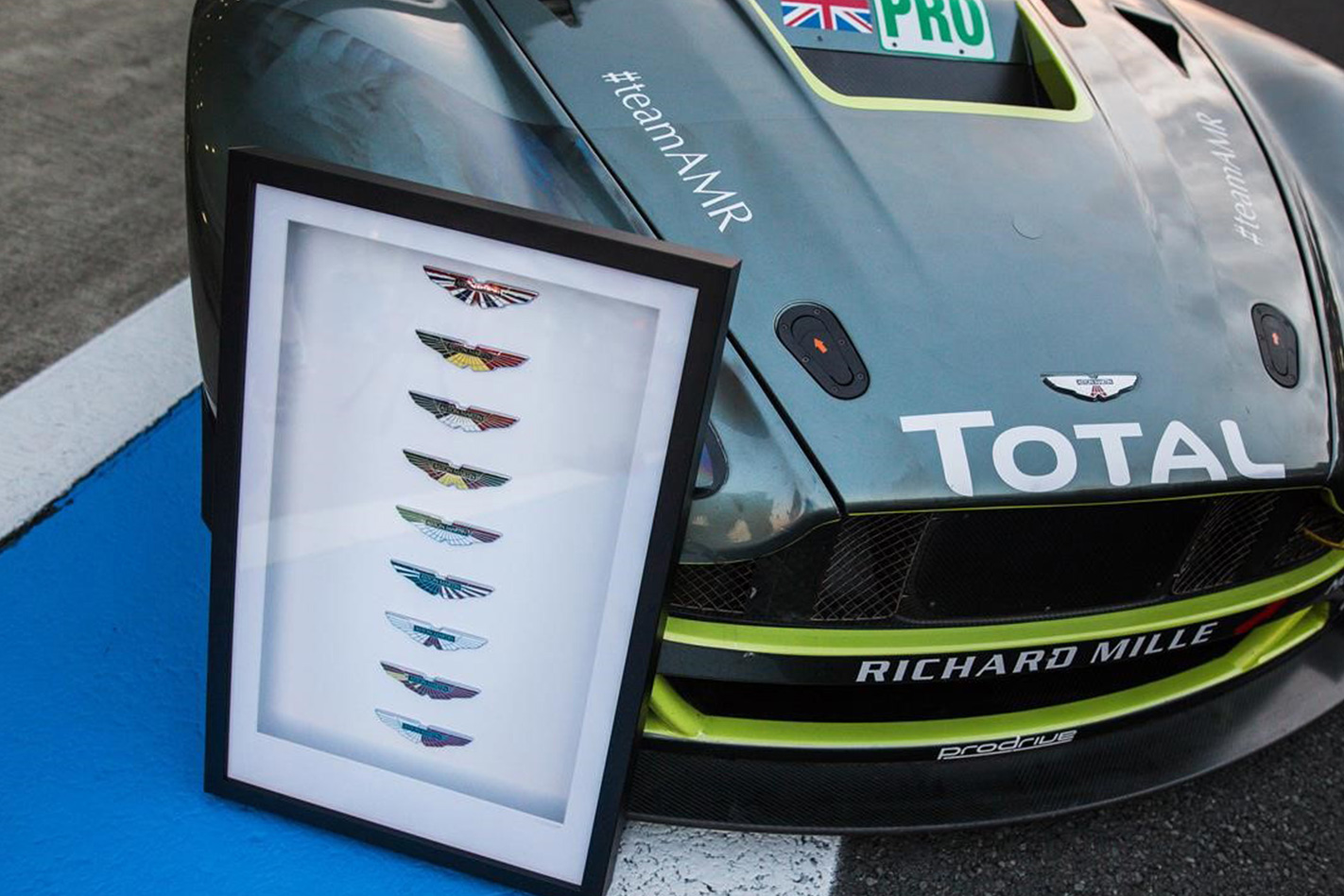 Is that an Aston Martin bonnet-badge-display-case-shaped gap on your garage wall? It is? Well you’re in luck. For the Aston owner who has everything, the British car maker has created a set of nine bonnet badges to celebrate the brand’s involvement in the World Endurance Championship, limiting global allocation to just 249 examples. The badges have been customised to represent the flags of the countries that host each round, and are lovingly crafted by the same jewellers that make the standard badges.
astonmartin.com/en/shop 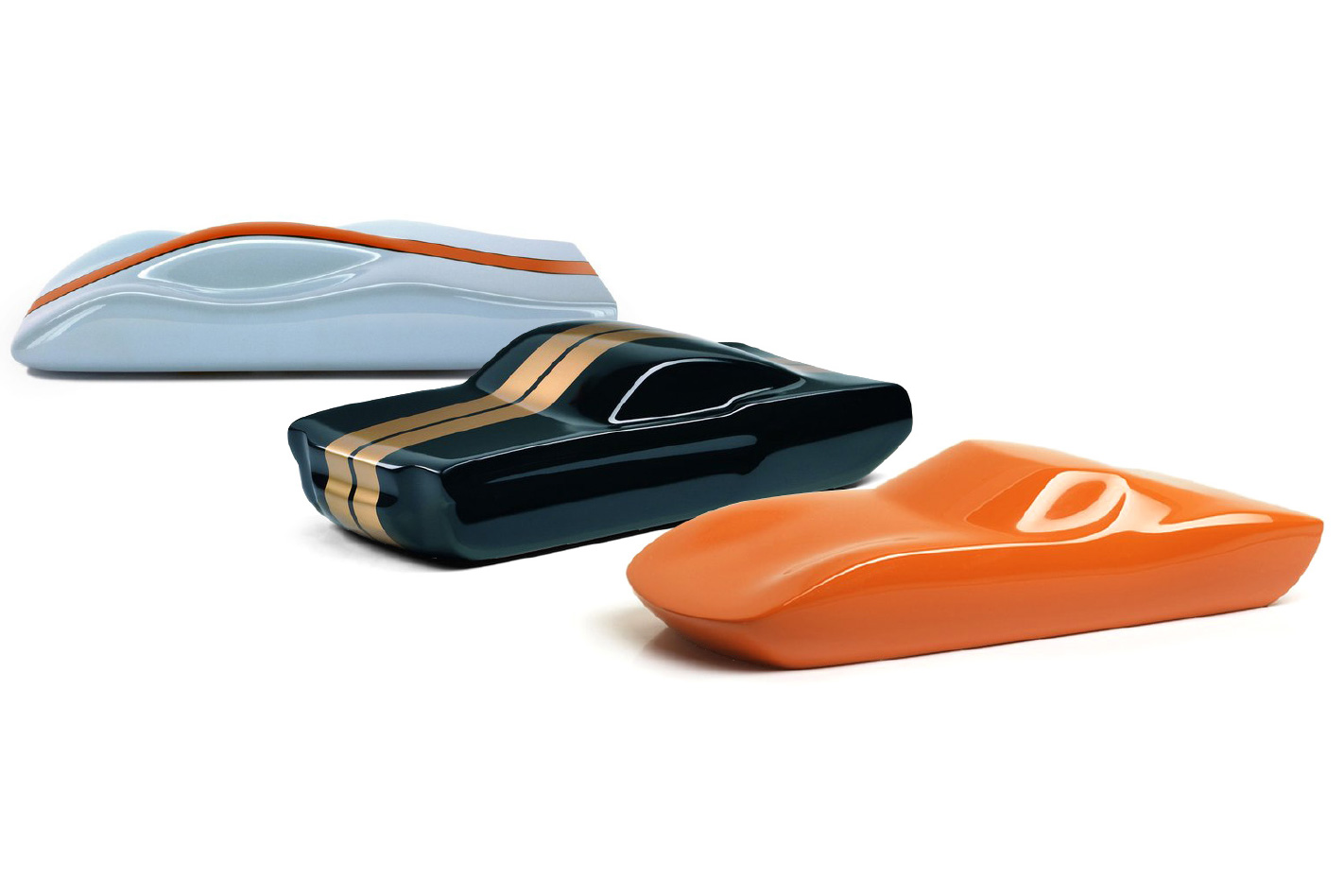 Having too many model cars displayed around your house will make your friends think you have the mind of a child, but French artist Stephane Dufour’s beautiful sculptures allow you to appreciate the perfect lines and form of your favourite cars without looking like you have a ten-year-old’s toy collection. Choose from a range of unmistakable designs including the utterly gorgeous Lamborghini Miura or Porsche 917 complete in Gulf colours.
sdufour.myshopify.com 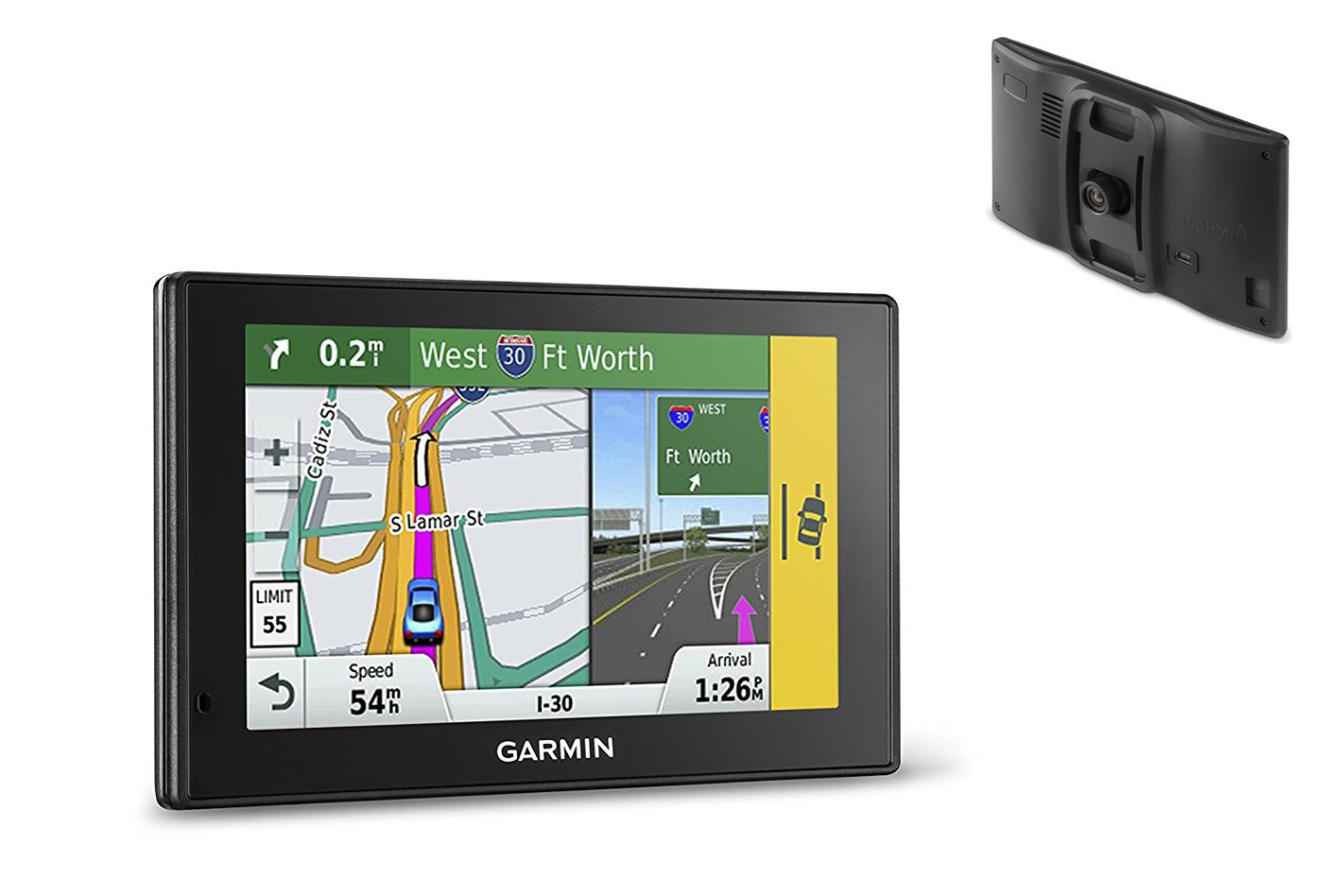 Dash cameras are not only useful for creating viral videos of drunk Russians face-planting on zebra crossings, they can also provide indisputable evidence when it comes to deciding liability following a crash. The Garmin DriveAssist 50LMT-D does all the usual dash cam duties including automatically storing footage when it senses a collision, but combines it with a slick satellite navigation unit. As the device senses you are nearing your destination it switches to the camera view and imposes the final direction arrows over the image of the road ahead.
garmin.com/en-AU 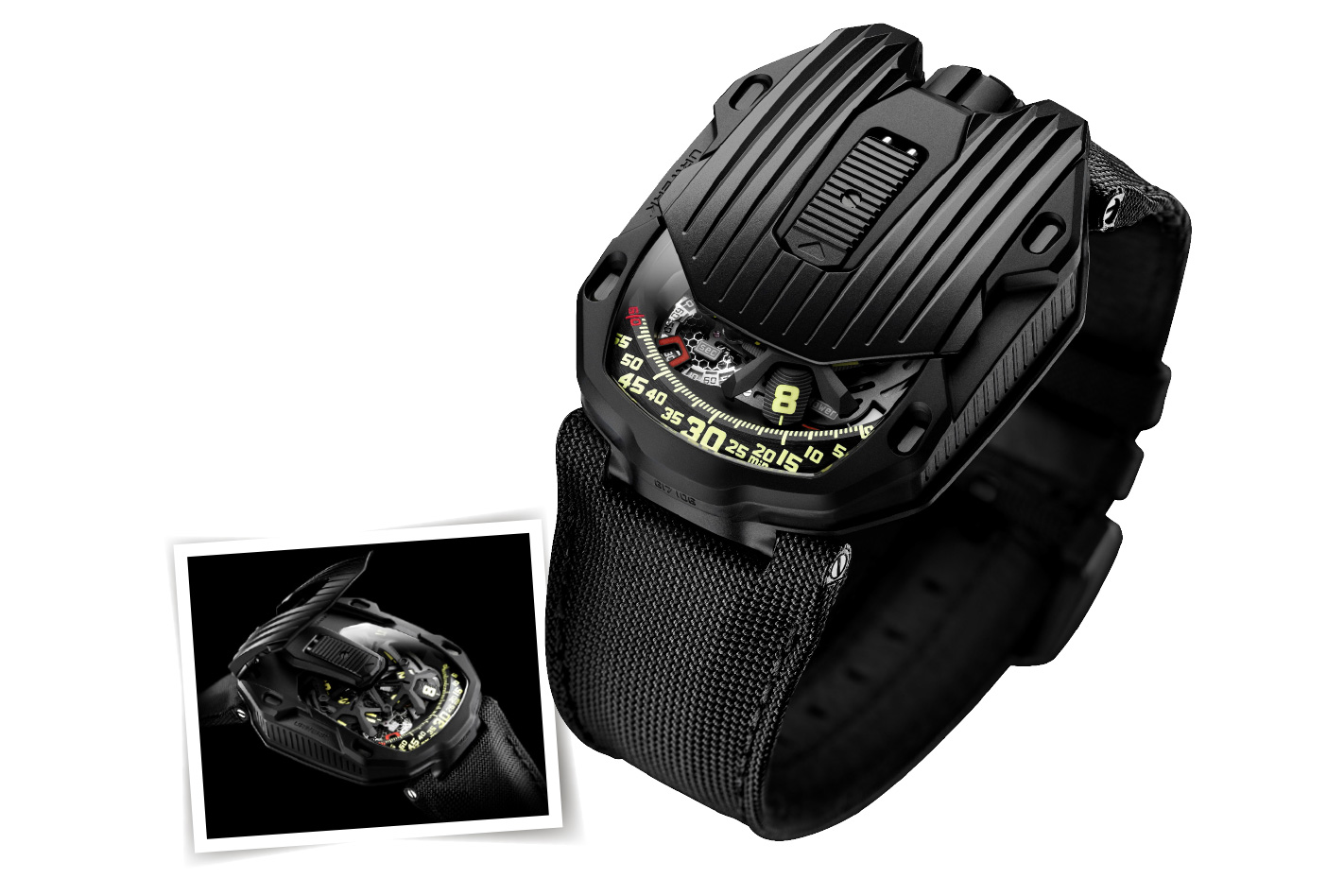 Fancy a targa top watch? That’s the premise behind the design of this mega-dollar, art deco-inspired timepiece, which celebrates the 20th anniversary of Swiss watchmaker Urwerk. The unusual automatic mechanism (featuring pneumatic turbines) and its system for displaying time is a brand trademark that began in 1997. This particular watch draws on depictions of metallic subway carriages and austere, ribbed skyscrapers. The case features a release in the middle that allows a protective cover to slide open and reveal the inner workings. Silver and black versions are available in limited numbers, and there are YouTube videos worth searching for to see the watch in action.
urwerk.com 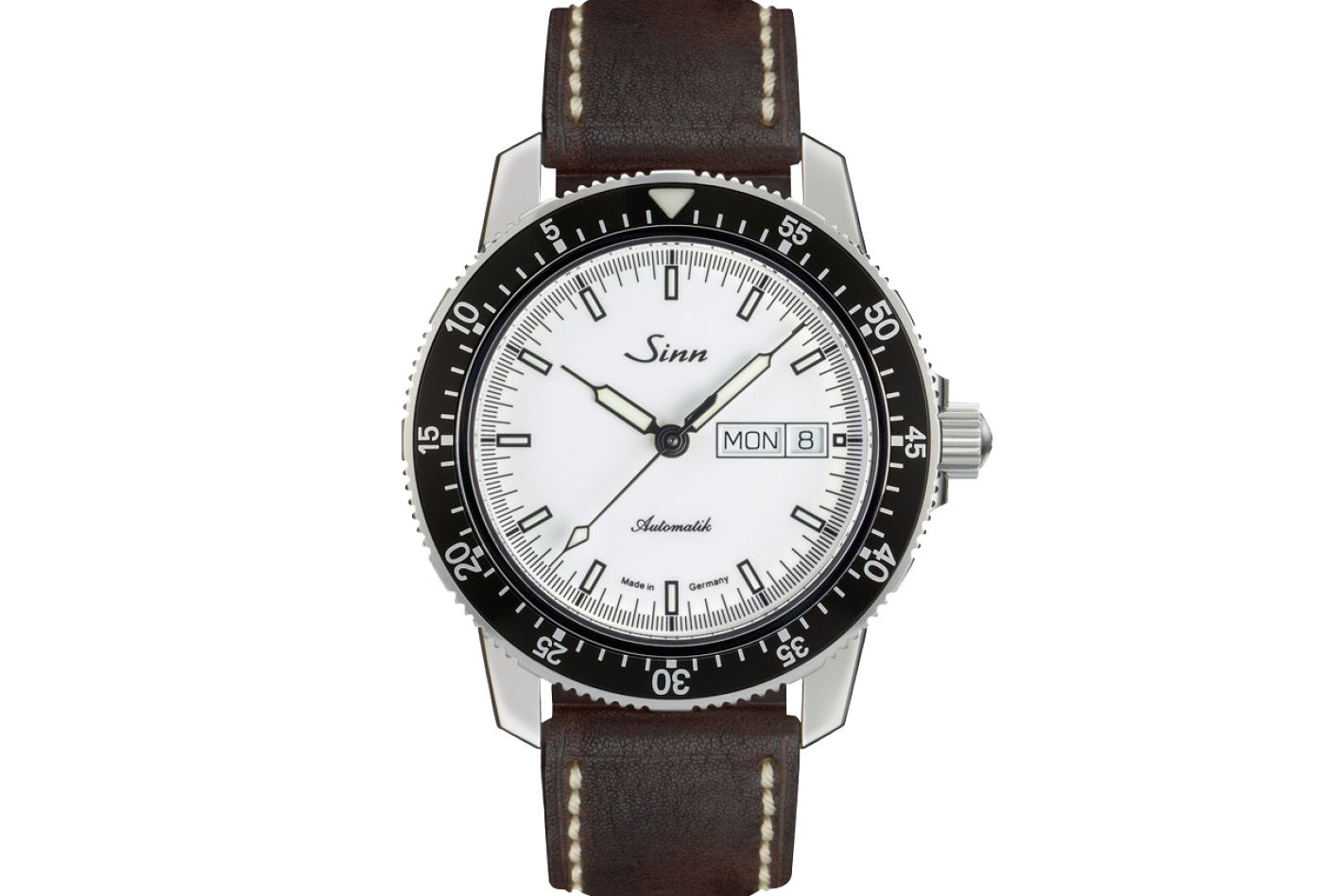 German watchmaker Sinn has established a reputation for robust, solidly engineered timepieces that are built to last from materials including submarine steel. The 104 is a particularly refined 41mm pilot’s watch, and the model’s line-up has now expanded to include this fresh, glossy white variant; one of the finest, in our opinion. The automatic, shock resistant Sellita SW 220-1 movement has a 38-hour power reserve and is visible through a sapphire crystal case back. It’s an admirable combination of simple good looks and functionality.
sinn.de 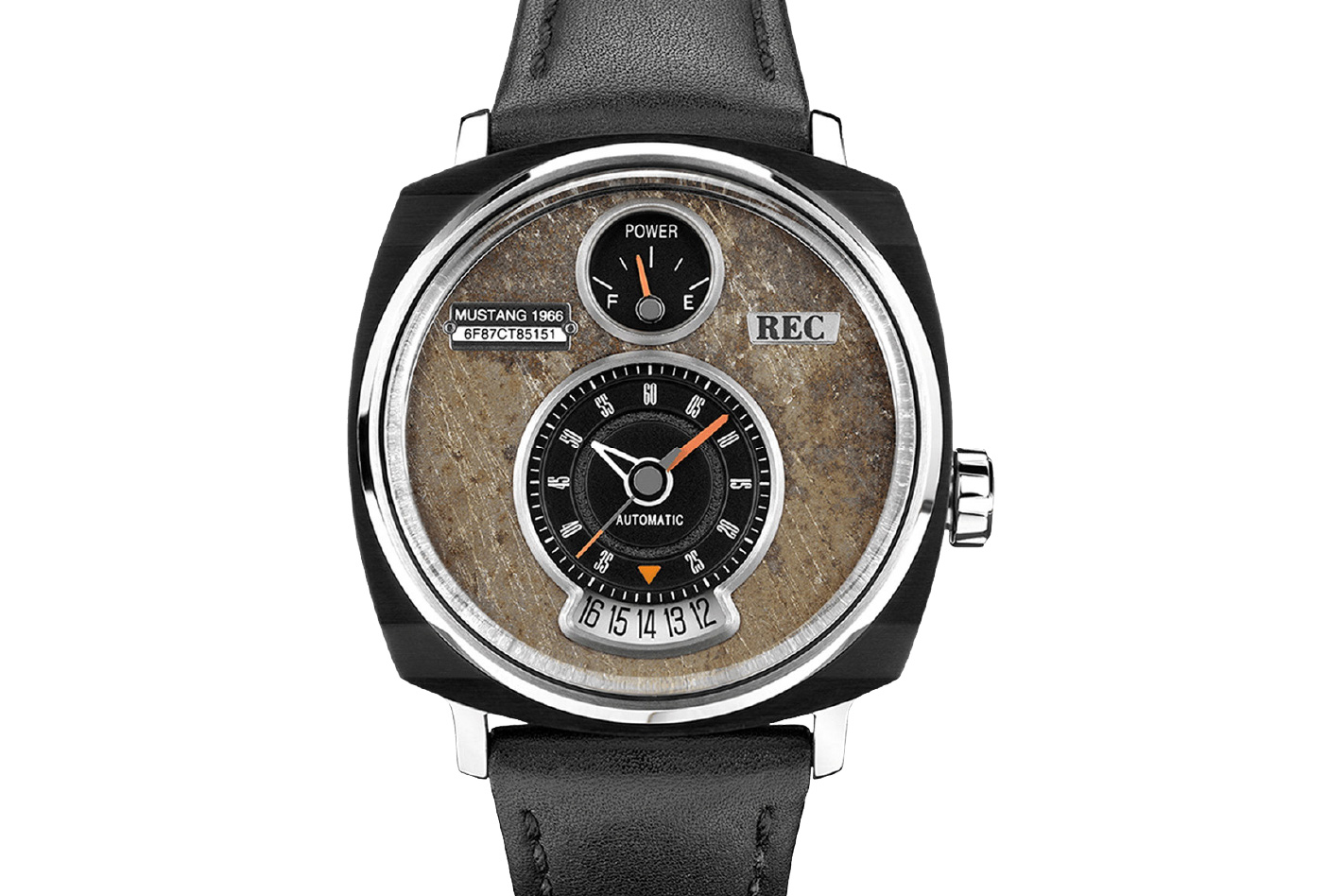 Lots of companies make watches themed on old Ford Mustangs (we featured one last month), but only one mob we know of actually makes watches from old Ford Mustangs. Danish outfit REC Watches is run by two blokes who trawl scrapyards around the world and turn original sheetmetal from irreparable Mustangs into timepieces. Each 48mm dial features the VIN and model year on a riveted plaque. The movement itself is a Miyota automatic, and it’s not just Mustangs that get this treatment. REC does the same thing for the Porsche 911 and Mini Cooper.
recwatches.com 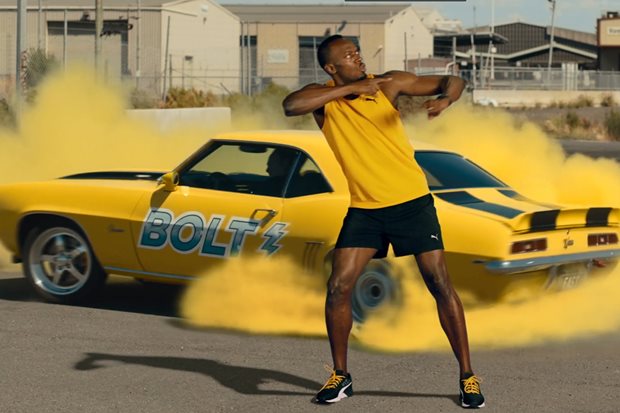 Burnouts in TV ads okay as long as Usain Bolt is in it, watchdog says

The world’s fastest man can stand and watch as a car rips mad skids, but a BMW i3 can’t win a drag race 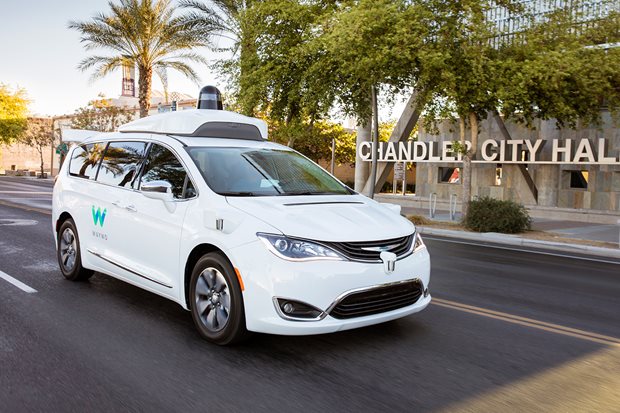 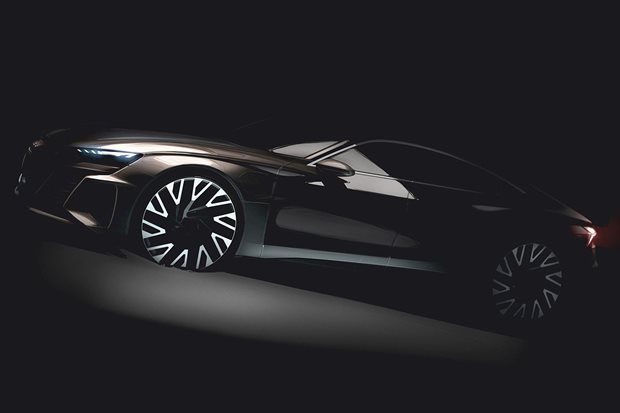 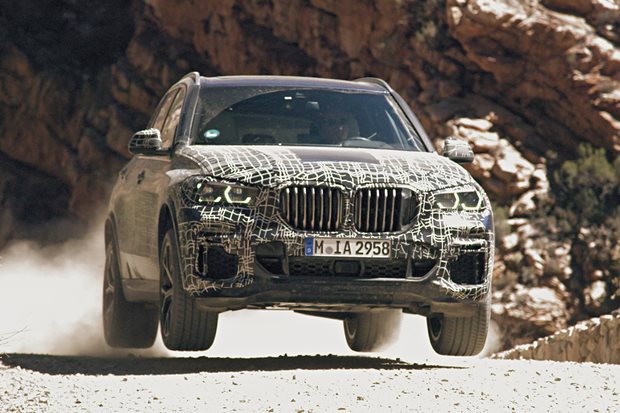