GENERAL Motors is tipping $7 million in investment into Holden’s Lang Lang proving ground, hinting that there is more in store for its far-flung top secret test base than the former car maker has let on.

The global car maker reversed an earlier announcement from Singapore-based GM International Operations in 2013 that it would shutter the proving ground, instead saying the 877-hectare site would remain open to tune a suite of new products to Australian conditions.

However, the presence of a large number of Cadillac development vehicles running between the proving ground and Holden’s Port Melbourne-based head office suggests Australia’s legacy of a large rear-drive car development homeroom will carry across to GM’s luxury brand. 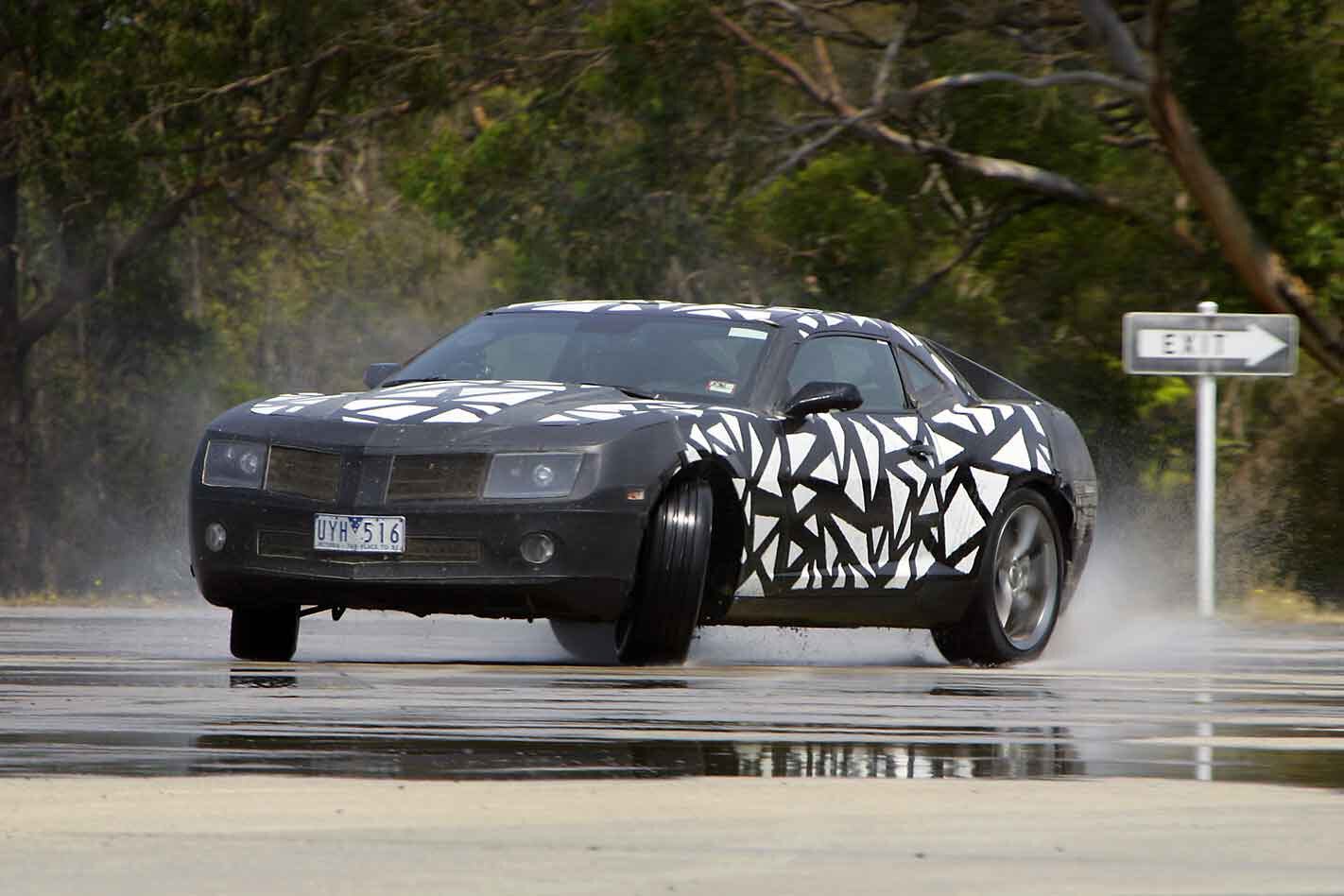 “Holden’s famous Lang Lang proving ground turned 60 this year and on top of the $8.7 million already invested in a new emissions lab, Holden has also begun resurfacing the proving ground’s 4.7km circular track at a cost of $7 million,” Holden said in a statement.

The high-speed circular track has four levels, with the outermost section a highly banked lane that allows a vehicle to sit on about 160km/h with minimal steering input from the driver.

Holden chief executive Mark Bernhard said every every vehicle wearing a Holden badge had been tested at Lang Lang. “Holden vehicles will continue to be tuned and tested at our proving ground for Australian conditions and this track investment is a demonstration of how central Lang Lang is to Holden’s ongoing localisation capabilities,” he said.Holden said Lang Lang played “an important role” for GM globally, providing “engine and transmission calibration for global markets; currently Holden’s Lang Lang’s team is working on global programs for Chevrolet, GMC and Cadillac”.It said the upgrades to the emissions cell allowed Holden to test products that would need to meet tightening emissions standards in Europe and North America, and China. The proving ground – which is sometimes used  for Wheels Car of the Year testing – is expected to run up to 7000 tests a year spread across 100 models from GM’s 10 global brands, taking some of the pressure off GM’s already stretched emissions testing teams in the US and Europe.

Holden went on a recruitment drive earlier this year, searching for engineers and drivetrain calibration specialists to work on what at the time was said to be just future Cadillac and Buick-badged vehicles.

“Our powertrain calibrators are obviously very expert at rear-wheel-drive applications, so they do a lot of that work for GM,” Holden Spokesman Sean Poppitt told Wheels at the time. “It’s why you’ll see a lot of Buicks and Cadillacs on our roads as our guys do lots of calibration work.”

However, Holden’s priority for Australia is finalising the development of a localised version of the now French-owned Opel Insignia, a mid-size, front-drive car that will wear both the Holden and Commodore badges when it goes on sale here early next year.