Toyota’s achievements have been largely ignored in the shadow of Ford and Holden, but why?

THE sun shone on Toyota’s last day as an Australian manufacturer.

Clear and bright, it added just one more reason why the 3000 Altona factory workers, retirees, and a mix of management and staff from the Port Melbourne office should wear their commemorative black caps handed out as they registered for the event.

Toyota’s closure started normally, at 7am for the day shift, with no afternoon shift rostered on for the first time in who knows how long? Little happened until 11am, when those attending were shown a parade of Toyota cars, ranging from the 1963 Toyopet Tiara ute that led the parade, right through to the last Camry off the line – a graphite grey SX. 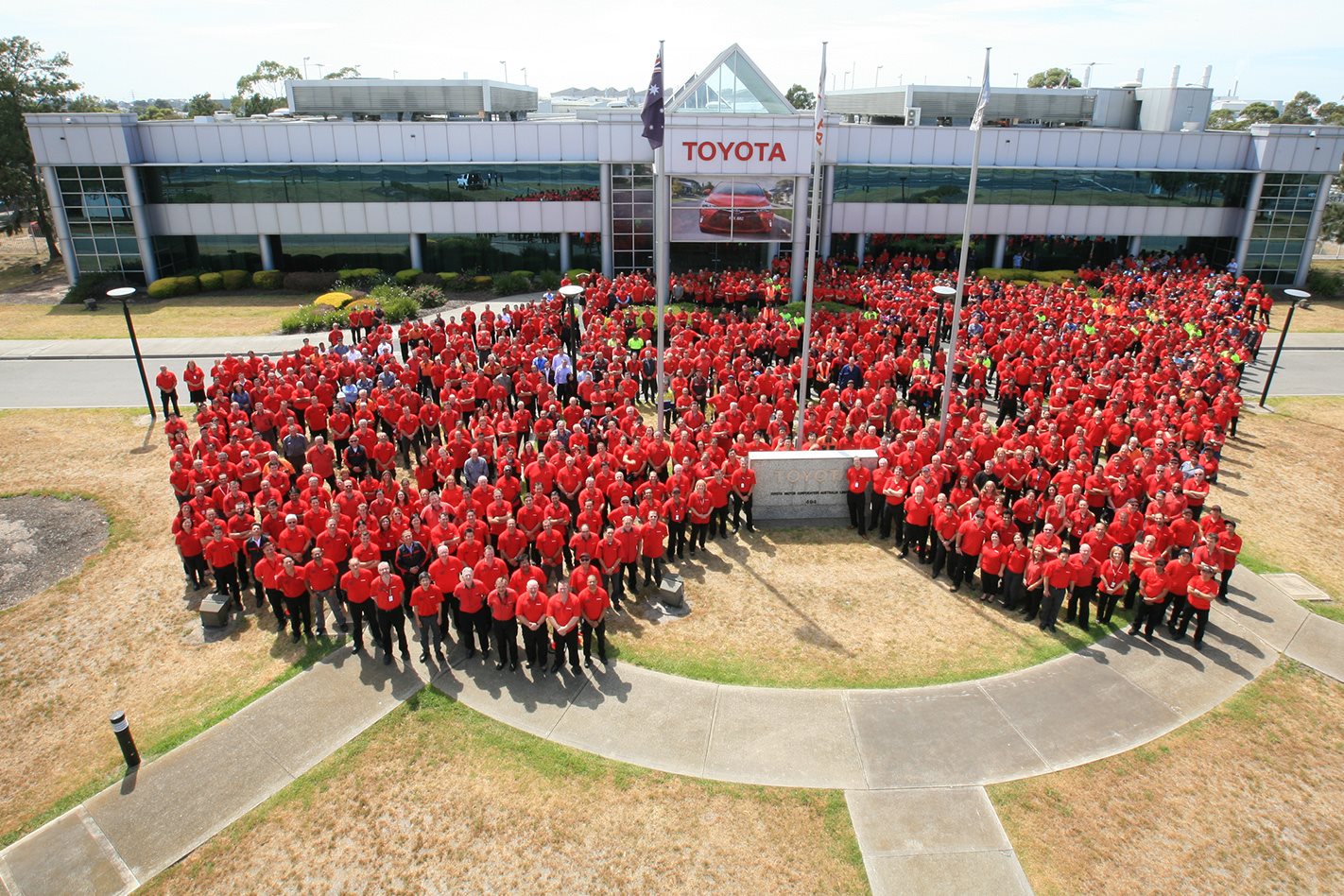 Included in the mix of Australian-made metal reaching through the ages – matching some more world-weary ones that were parked up just outside the gates in the employees’ car park – were Coronas and Crowns, Corollas and even more Camrys, Avalons and Aurions, as well as cars reaching for the future, including a Lexus LS coupe, and a hydrogen fuel-cell Mirai.

After the parade, everyone shuffled in past the roller doors to the enormous Altona assembly line building, leaving the streets of the complex completely deserted. Inside, Toyota’s global chief, Akio Toyoda, thanked everyone via video link, while current president David Buttner talked up the legacy of the car maker’s five-decade-long run of locally made and assembled models.

Then, just like that, it was over. Workers started streaming out, passing through the security gates carrying their personal belongings in whatever bags they had handy. In the car park, they jumped behind the wheels of Toyota-badged cars that some had bought using generous company discounts extended to workers, for one last trip home from the factory. All the ones we spoke to as they filed out had no idea what would happen next; an extended break seemed to be the most common answer when asked about life after Toyota. 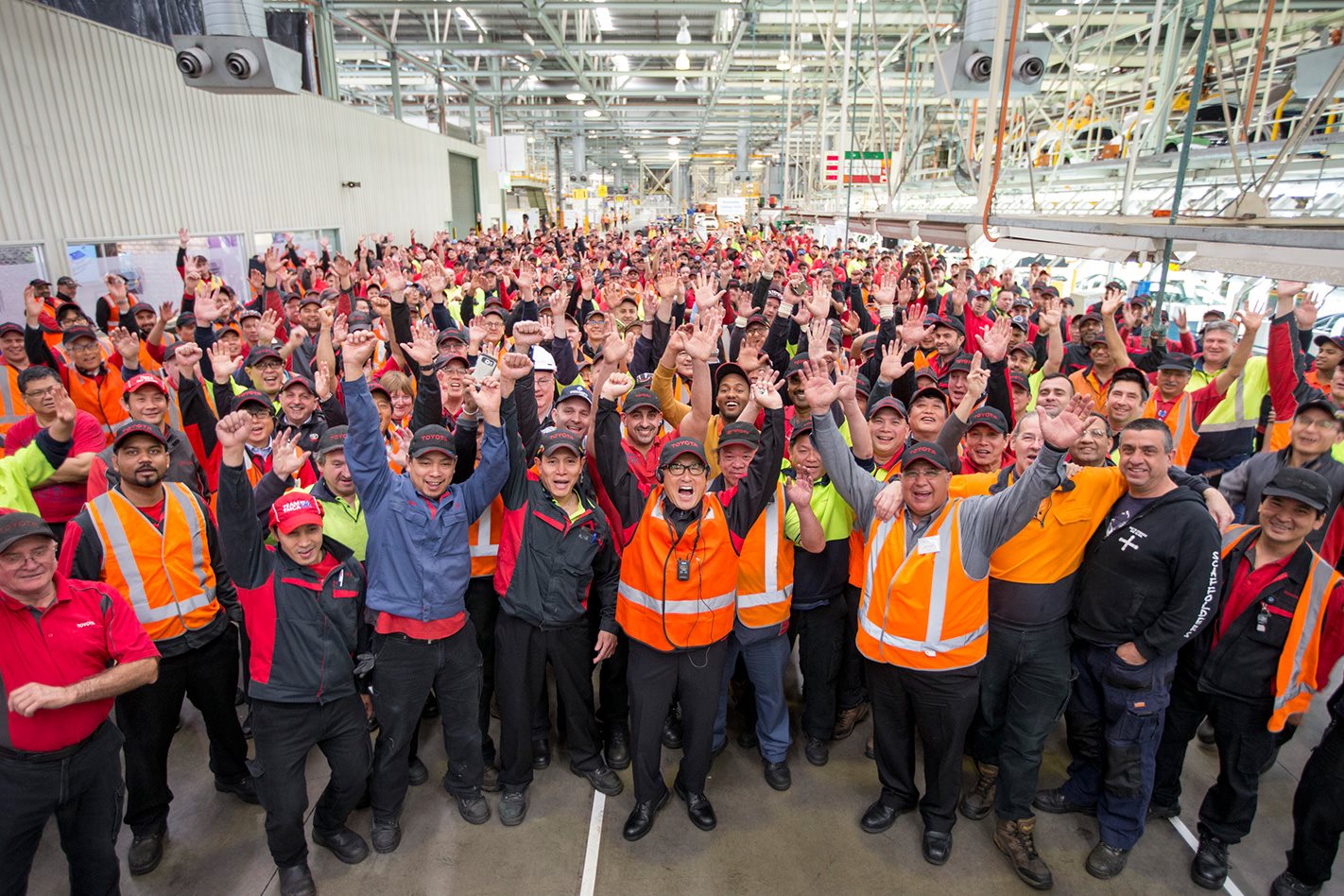 Outside the gates, little fanfare marked Toyota’s departure. A year earlier, at the Ford factory in Broadmeadows, legions of Blue Oval fans congregated with their cars, and their memories, to the place where their pride and joy was born, to help shoulder the burden the workers inside the gates were carrying. Weeks before, a selected Ford faithful had gathered down at Avalon to farewell the Falcon that had served Australia so well. Outside, passing traffic along the busy Sydney Road sounded their horns.

In contrast, the grey marble sign outside Toyota’s factory stood alone, framed only as a backdrop for the small number of media assembled to file yet another report of the demise of a once great, proud Australian industry to the editing suite. Ford’s send-off attracted a media scrum; the best Toyota could manage was the media equivalent of a temperate tea party. 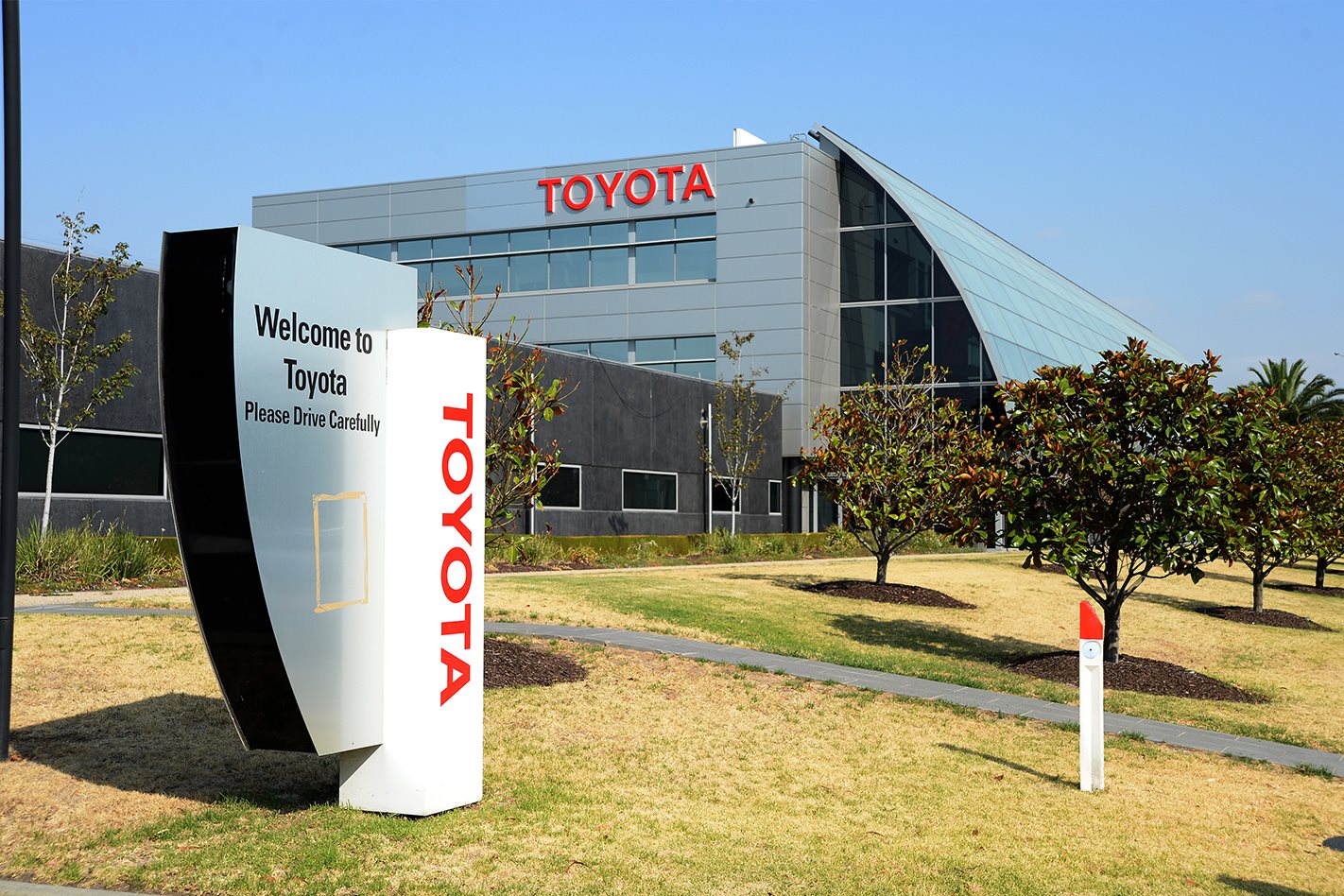 The numbers tell us we should be celebrating Toyota’s departure as fondly as Ford’s. In all, the Japanese brand either bolted together, or made from the ground up, 3,451,115 vehicles. At its peak, Toyota in 2007 rolled out 148,931 cars, 15355 of them in October that year alone. The Camry accounted for 2,168,104 units, while valuable exports were earned off 1,324,991 cars sent almost exclusively to the Middle East. When the house of cars at Ford, and then Holden collapsed, Toyota was reluctantly dragged down with them – let’s not forget that.

In just over two weeks’ time, we do it all again with Holden. Unlike Toyota, this one is definitely going to tug at the heartstrings.