TOYOTA Australia is believed to have built a pair of “ceremonial’ cars that will officially mark the end of 54 years of local production – an event which may have already happened.

Details of the two special cars – thought to be among a number of vehicles taking part in tomorrow’s official line-off ceremony at the Altona-based factory that starts just after noon – come after the last export model, believed to be a graphite Toyota Camry SX bound for New Zealand as part of a shipment of 350 vehicles, rolled off the factory floor.

Social media posts, including images and video of the car surrounded by workers, show what is believed to be the final export Camry coming off the line just after 10am on Wednesday, September 25, less than a week before the last of the Australian-made cars was due to roll off the line. New Zealand will source its next Camry from Japan from early 2018. 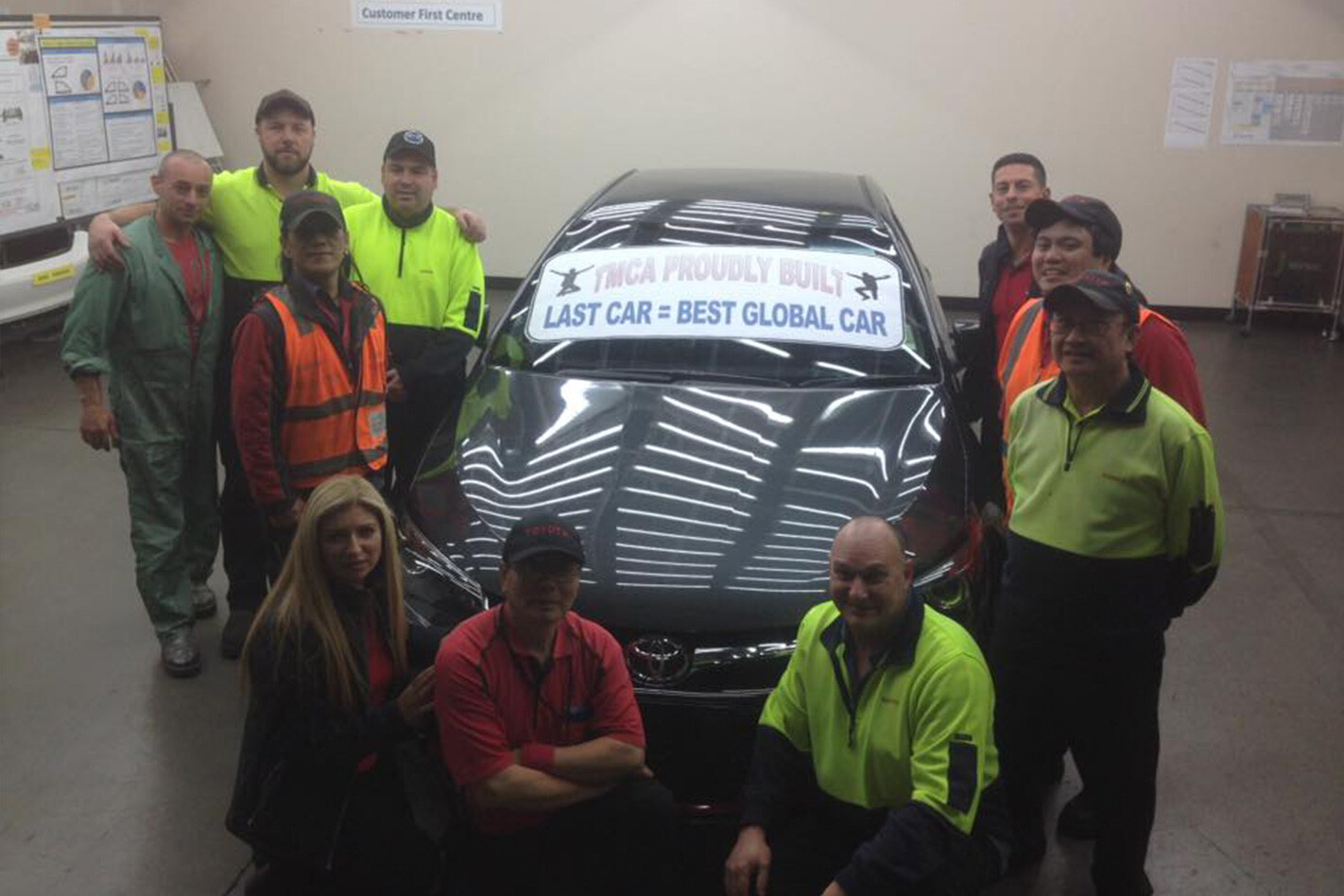 Like the New Zealand car, Toyota’s last Australian-built Camry is expected to be an SX-spec grade. Separate images have appeared online last last week showing workers posing with brown-trimmed black seats – an SX-grade staple – that are identified as the ones destined for the last car off the line.

A spokeswoman confirmed to Wheels that the car maker had already produced a number of “final” cars over the last few weeks, including a hybrid-engined version of the Camry, and a left-hand-drive export model.

However, she would not confirm that the Altona line would assemble cars on the final day, only saying Toyota would be “building cars up until tomorrow” – suggesting that today may be the last official day of manufacturing. A source told Wheels the final Camry had already been built ahead of tomorrow’s official end to manufacturing. Another Toyota spokesman said the car maker would “confirm everything tomorrow once manufacturing officially ceases”.

Toyota was the last of Australia’s three remaining manufacturers to bow to international market forces and announce it would close its local assembly lines. Ford, the first to fall in 2013, ended its manufacturing in October 2016, while Holden – Australia’s first local manufacturer – will shutter its doors on October 20.