Is the Australian classic car market set for a crash?

If Falcon GT-HO prices are anything to go by, the once rampant market for Aussie muscle cars is now on the wane

YOU may have heard of the global ‘Big Mac Index’, a quick way to make exchange-rate theory a bit more digestible. Burgernomics, if you will.

Buyers of Aussie classic cars have their own convenient yardstick of how heated the market is and it’s the transaction price of a Ford XY Falcon GT-HO Phase III. Sorry if the name’s not quite so snappy, but as a bellwether to the health of the market this really is the gold standard.

So it was with some interest that a 1971 Phase III rolled onto the block at Shannons auctions on Monday, subjected to the hard-headed valuation of Melbourne’s gimlet-eyed car dealers. It wasn’t just any Phase III, either, having been with the same owner for a quarter of a century, undergoing a nut-and-bolt restoration in 1998, and subsequently taking out the GT Nationals in 1999 and 2003. In short, it was about as good as you’ll find. 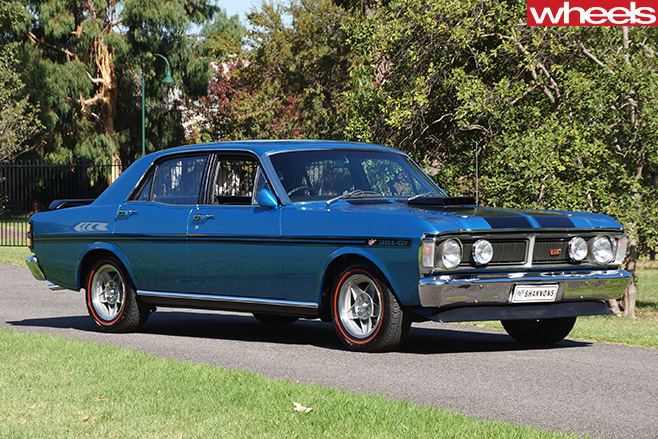 Shannons’ Christophe Boribon said he was "a little disappointed" that the car failed to meet reserve, adding that it was "a special and correct car with good provenance" and that he believed it was worth half a million dollars. Negotiations are continuing between the vendor and potential buyers.

Phase III values peaked in 2007, when a car traded for $750,000 and others were said to have sold for even more privately. Many predicted it would become the first Aussie million-dollar classic.

Subsequently, the market contracted to a low in 2010, when Phase IIIs were changing hands at just over $300,000, before bouncing back. But prices have been heading gradually south this year. 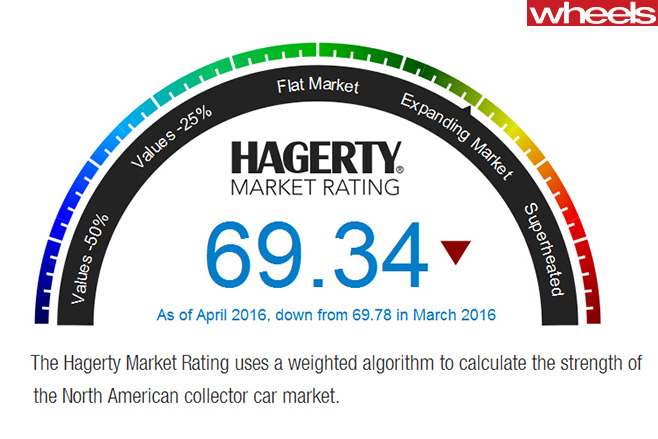 And it’s the same in the US, where classic-car valuer Hagerty reports private sales activity is currently at an 18-month low.

The Hagerty Market Rating tool attempts to measure the heat of the US market with a weighted algorithm to fifteen data points in eight categories, and the rating has dropped for nine of the past 12 months.

"The key differentiator is that the Hagerty Market Rating isn't based simply on public data like auction sales, which only make up three percent of the annual transactions in the classic car world," Hagerty CEO McKeel Hagerty said.

"A large component of this rating is based on private-owner-to-private-owner sales, which is the most elusive and difficult data to obtain. We developed this as a tool to allow anyone who is serious about treating collector cars as investments to immediately take the temperature of the classic car market and truly understand the factors that cause it to move up or down."

There has also been a marked softening of prices and interest in Europe. 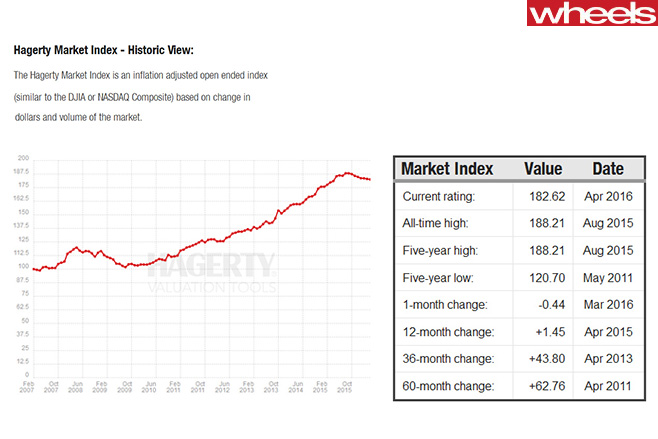 Coys Techno Classica auction at Essen, Germany is one of Europe’s most prestigious events and across the board cars failed to hit pre-sale estimates at this year’s event in early April.

BMW’s first road-registered BMW M1 had a pre-sale range of €550-650K but struggled to €510K, while an immaculate red Porsche 964 Turbo, previously thought of as a bulletproof investment, realised €152K against pre-sale estimates of €195-220K.

All 13 Ferraris on offer laboured to meet expectations, ending up on average just 86.4 percent of median pre-sale estimates. And 11 of the 13 failed to meet even the lowest figure of the range.

Things don’t appear too bad in Australia, but there has clearly been a slight softening of values, many cars previously thought of as blue-chip investments struggling to make the low end of expectations.

Shannons sold a 1973 Torana GTR XU-1 on Monday for a bargain $47,000 which was at the low end of the $45-55K estimate, but it wasn’t concours by any measure. On the other hand, anything with a Jaguar badge attracted frenzied bidding and the night closed with a very strong 91 percent clearance rate.

While now might be the time to leap into clueless speculation, collectors looking at the long game will be prepared to ride out any fluctuations. Serious cars will always attract serious collectors, many of whom buy when everybody else is trying to offload.