IT’S the fastest, most powerful and most track-focused production Jaguar ever, but the 10 F-Type Project 7s that have just landed in Australia are unlikely to ever undergo punishment on a race track.

According to Jaguar Australia, some of the Project 7s will spend most of their time in a garage, with owners keen to keep them straight and original – possibly even appreciating in value. 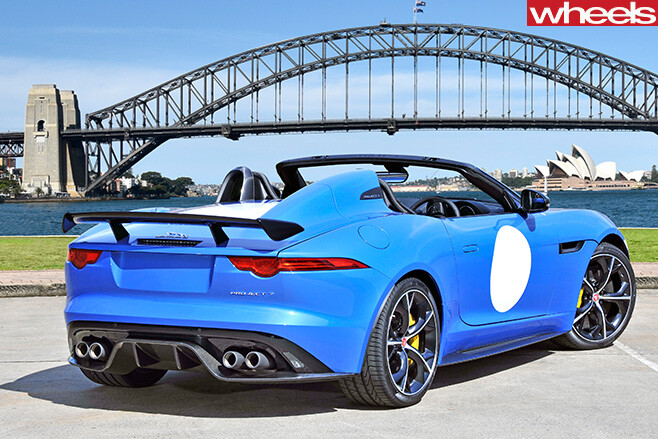 “I would be very surprised if you saw them in any sort of competitive space,” said Jaguar Australia managing director Matthew Wiesner. “It’s so rare I think a lot of them sit in the garage.”

Just 250 of the show car-like Project 7s have been produced globally, with 10 air freighted to Australia so owners could enjoy an exclusive Justin Hemmes-hosted launch dinner at his house in Vaucluse this week. 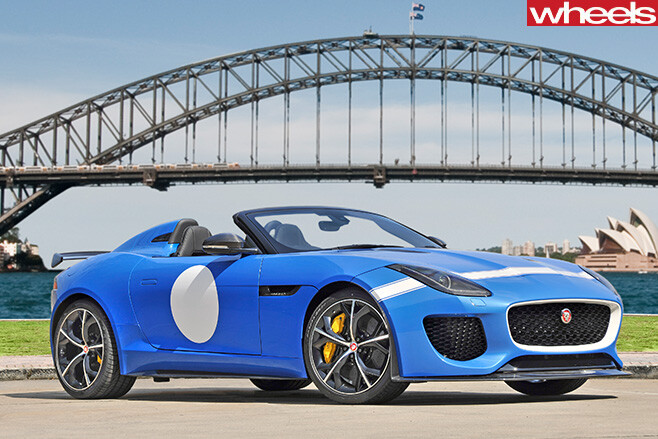 While five colours were available, the 10 Australian customers – some of whom don’t yet own a Jaguar – all chose the vibrant “ultra blue” or British racing green, the latter an iconic Jaguar hue.

The Project 7 is based on a Jaguar F-Type Convertible R, complete with a worked version of the 5.0-litre supercharged V8. But performance is boosted to 423kW (up 19kW) and 700Nm (up 20Nm), part of engine revisions that include the deletion of the engine cover for improved cooling.

All are mated to an eight-speed auto driving the rear wheels. But the Project 7 is as much about the design as what’s beneath its aluminium skin.

The cut-down windscreen is part of a detailed aerodynamics package that includes a carbon fibre splitter, diffuser and sideskirts. The Project 7 is claimed to have 177 percent more downforce at its electronically limited 300km/h top speed. 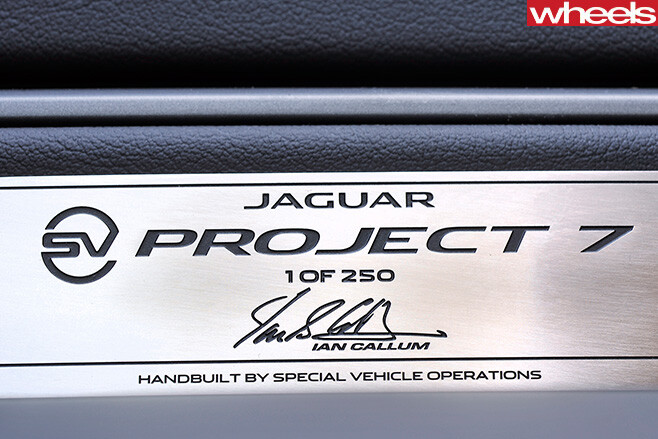 There is also a distinctive faring behind the driver’s seat, modelled off the legendary D-Type racers of the 1950s.

Each car also comes with a plaque bearing the name of design boss Ian Callum.

While the Project 7 is tiny volumes – its limited production run makes it one of the most exclusive cars on the road – it’s more about positioning the brand as aspirational and cementing its design and engineering cred. “It’s a great exercise to see who’s around and the depth of interest and passion out there for the Jaguar brand, of which there is some,” says Wiesner.

“It’s not just those [Jaguar enthusiasts] that have been welded on forever. If this brand’s going to do what we want to do we can’t survive on that, we’ve got to bring a lot of new and interesting people into the brand.”

With the upcoming expansion of the AMG-fighting SVR sub-brand, Wiesner says the Project 7 was an important learning experience and one that proved there was demand for such cars. 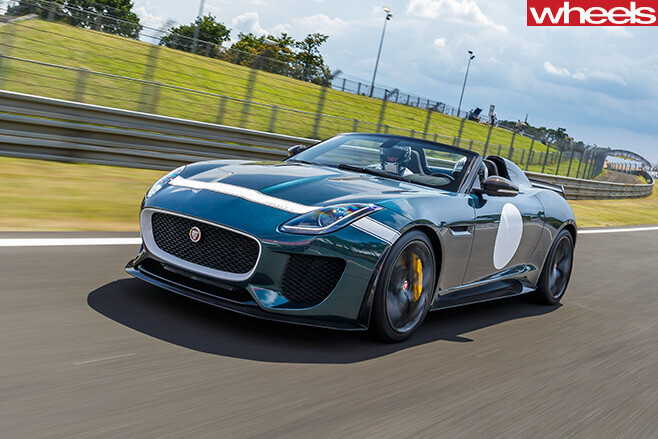 “This car is very much about making sure we drive more interest at that end of the market in and around the brand,” he said.

“At that end of the market and higher … there is plenty of desire … there’s plenty of opportunity in that $350k and higher where we see opportunities for both Range Rover and Jaguar products.”