The Jaguar F-Type coupe and convertible range blooms with the arrival of new all-wheel drive models, a manual gearbox for aficionados, and an extra helping of power for the fastest model

The Jaguar F-Type coupe and convertible range blooms with the arrival of new all-wheel drive models, a manual gearbox for aficionados, and an extra helping of power for the fastest model, the ballistic F-Type R. Now all that's missing is a bona fide GT rival for the Porsche 911 GT3 road racer.

WHAT IS IT
The Jaguar F-Type is equal parts 21st century rival for the Porsche 911 and a reinterpretation of Jaguar's iconic E-Type coupe of the 1960s and 70s. Both coupe and convertible models are available with rear-drive and all-wheel drive, with three petrol engines to choose from, delivering outputs from 250kW up to 405kW, and 0-100km/h performance of just 3.9 seconds. Prices start around $120,000 for the F-Type manual, and stretch to $260K for the F-Type R all-wheel drive convertible.

WHY WE'RE TESTING IT
This 2015 update introduces an enthusiast-focused, rear-biased, all-wheel-drive system in some models, and a new six-speed manual transmission in others. Power for the range-topping supercharged V8 F-Type R also jumps considerably. Can an F-Type with all-wheel drive deliver the same enthralling experience of its rear-drive sibling?

MAIN RIVALS
The mainstream premium brands - Audi, BMW and Mercedes-Benz - do not field direct rivals for the $120K-$260K F-Type sports coupe and convertible, leaving this battlefield to Germany's benchmark sports car, the Porsche 911.

THE WHEELS VERDICT
The additions of all-wheel drive and a six-speed manual transmission bring real value to enthusiasts; the former in punch out of corners without diluting rear-drive handling bias; the latter with more involvement, although the performance gains of DIY gear-changing are debatable.

PLUS: Drop-dead gorgeous, effusive and vocal engines, steering feel, rear-drive bias and seamless AWD transition
MINUS: Would the supercharged V8's screaming soundtrack get tiring over time? I'd love to find out

THE WHEELS REVIEW
The Jaguar F-Type is not your shy, unassuming sports coupe. It looks great from all angles, and has one of the sweetest coupe profiles in the automotive kingdom. It's also got a range of V6 and V8 engines - including the Jaguar F-Type V6 S AWD Coupe - that deliver a performance factor - and soundtrack - guaranteed to get you noticed. Importantly, the original F-Type launched in 2013 dynamically backed up its extroverted style and sound. Both the coupe and convertible deliver everything an enthusiast expects of a rear-drive sports car.

Will the 2015 arrival of a new all-wheel drive system spoil the party by diluting the F-Type's acclaimed handling characteristics, all for just a few tenths off the 0-100km/h time? For the record, that 0-100km/h time is now a seriously quick 4.1 seconds in the case of the 405kW F-Type R AWD Coupe. But will it handicap the F-Type's sweet rear-drive balance in the bends? Before we get to the answer, a quick overview of what this '2015 update' brings.

First off, it's not really an update for existing models, of which there were six. There are no new cabin toys, the styling has not been freshened and the engines themselves don't suddenly have 10 percent more power.

In essence, Jaguar has added all-wheel drive to some models, and – joy of joys – a three-pedal manual for those who like the involvement. Finally, the lesser of two V8 engine tunes, which was only available in the convertible, has been dropped.

Accordingly, the range has gone from six models to 14. The 250kW supercharged V6 'base' coupe and convertible are only available with rear-wheel drive, though now with a choice of six-speed manual or eight-speed automatic transmissions.

Step up to the 280kW supercharged V6 and it's auto only, but you now get to choose rear-drive or all-wheel drive under a coupe or convertible. The all-wheel drive system, which delivers 100 per cent of the engine's goodness to the rears until slip is detected, adds 80kg to the car's weight, which in turn knocks two-tenths off the 0-100km/h time (5.1sec compared to 4.9sec for the rear-drive). Seems strange given the extra traction off the mark.

It's only when you get to supercharged V8 in the F-Type R that power and torque overcome the weight handicap. Now, the F-Type R coupe and convertible hit 100km/h in 4.1 seconds. That's only a tenth faster than the rear-drive version, but around a tight track like the Monticello billionaire’s playground west of New York, where Jaguar held the launch, the all-wheel drive system's advantage out of tighter corners is surely worth a lot more than a solitary tenth per lap.

Importantly, the torque on demand all-wheel drive system does not dilute the F-Type's dynamic prowess. This cat drifts. That probably sounds hoonish; my point is there's a rear-drive bias that can be exploited and thoroughly enjoyed. And the inevitable apportioning of drive to the front axle happens so smoothly and surreptitiously that the driver's only indication that all four tyres are now pulling hard is the speed at which the corner recedes in the rear-view mirror.

No complaints about the automatic transmission software update, either, which cuts shift times in half in Sport mode. Gearchanges feel almost instantaneous, and the mapping picks the right gear at the right times. In normal mode on the road, it adopts a more relaxed – and seamless – map but is still ready and willing to drop cogs.

This burgeoning and still brilliant F-Type range is another sign that Jaguar – once moments from oblivion before Tata came to the rescue – is going from strength to strength. Hands up who'd like to see a 911 GT3 rival next? 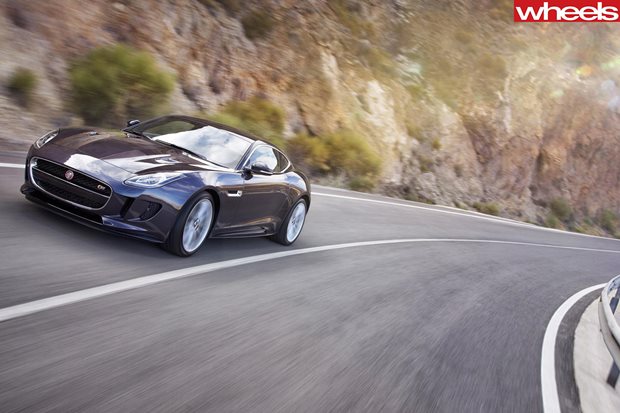 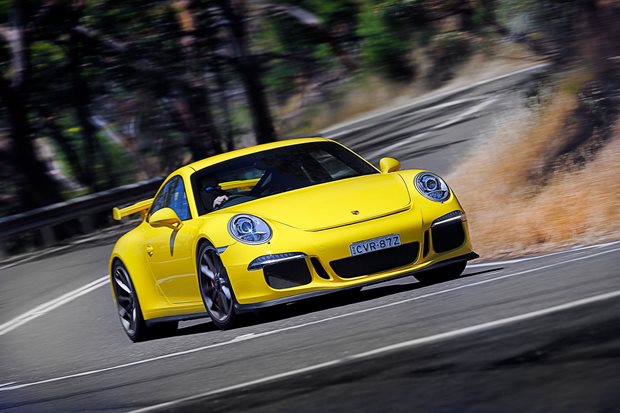 The Porsche 911 GT3 is a 911 Coupe with more power, less weight and a hunger for race tracks. It's not the most expensive or the fastest car in the 911 range, but it is the one... 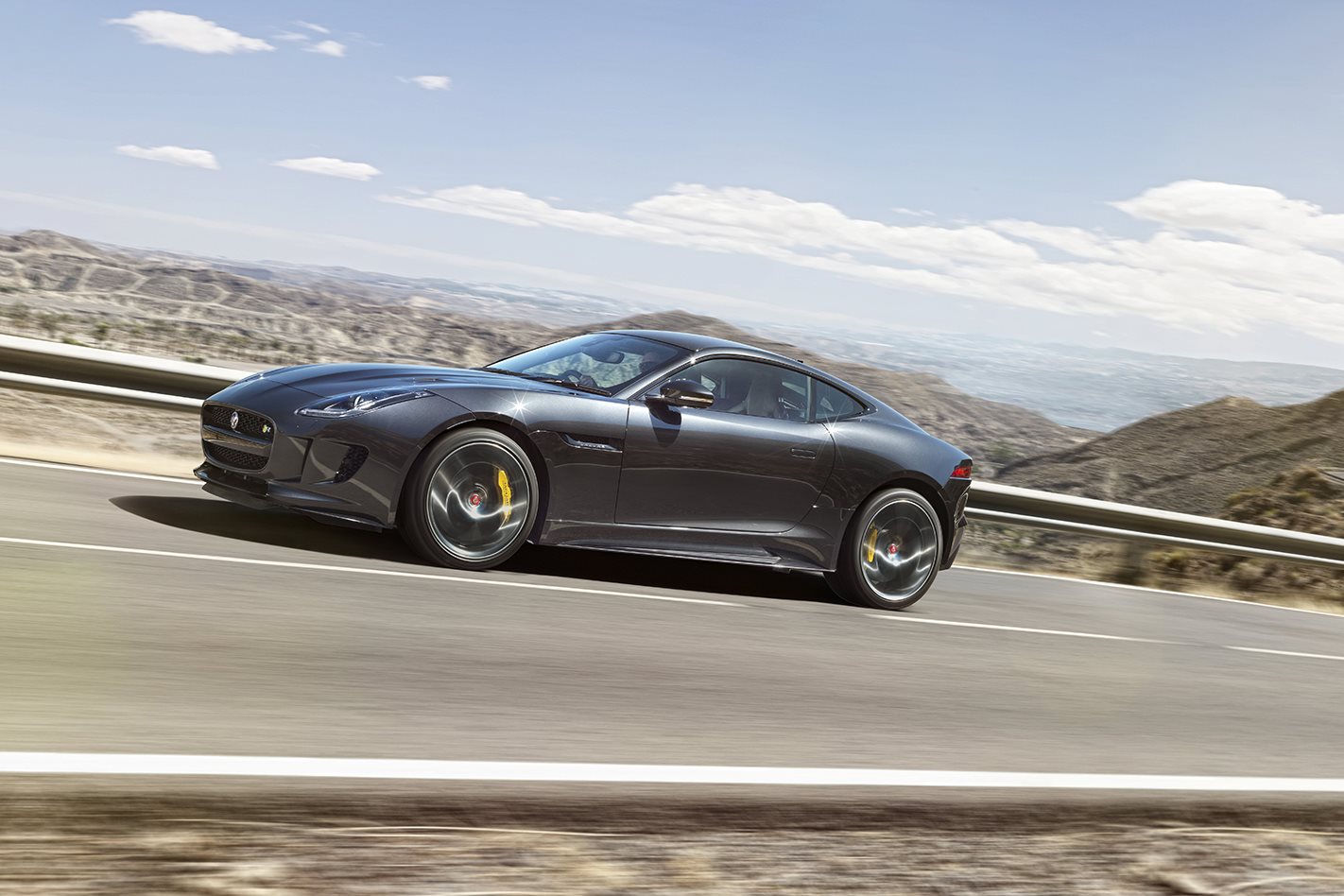 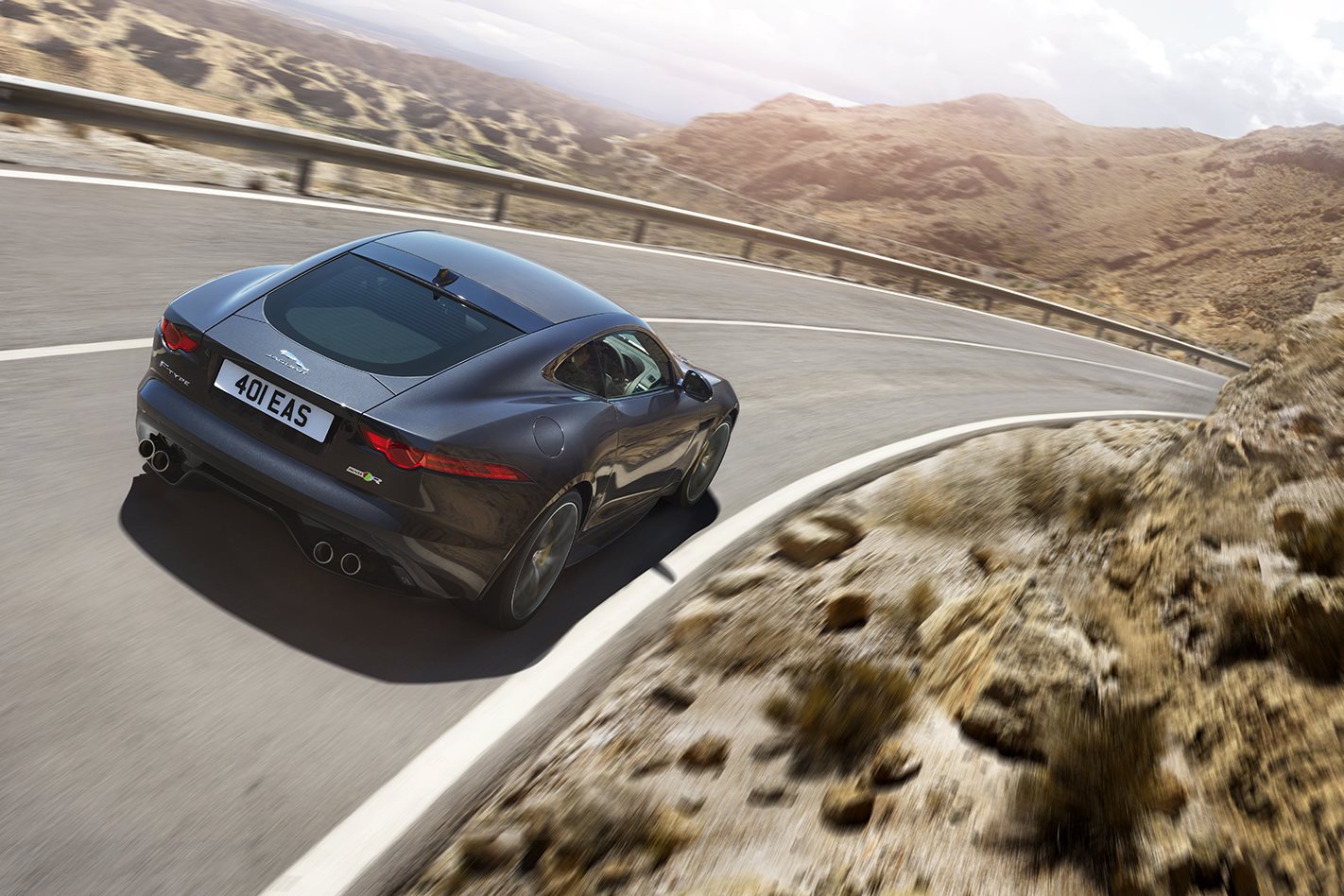 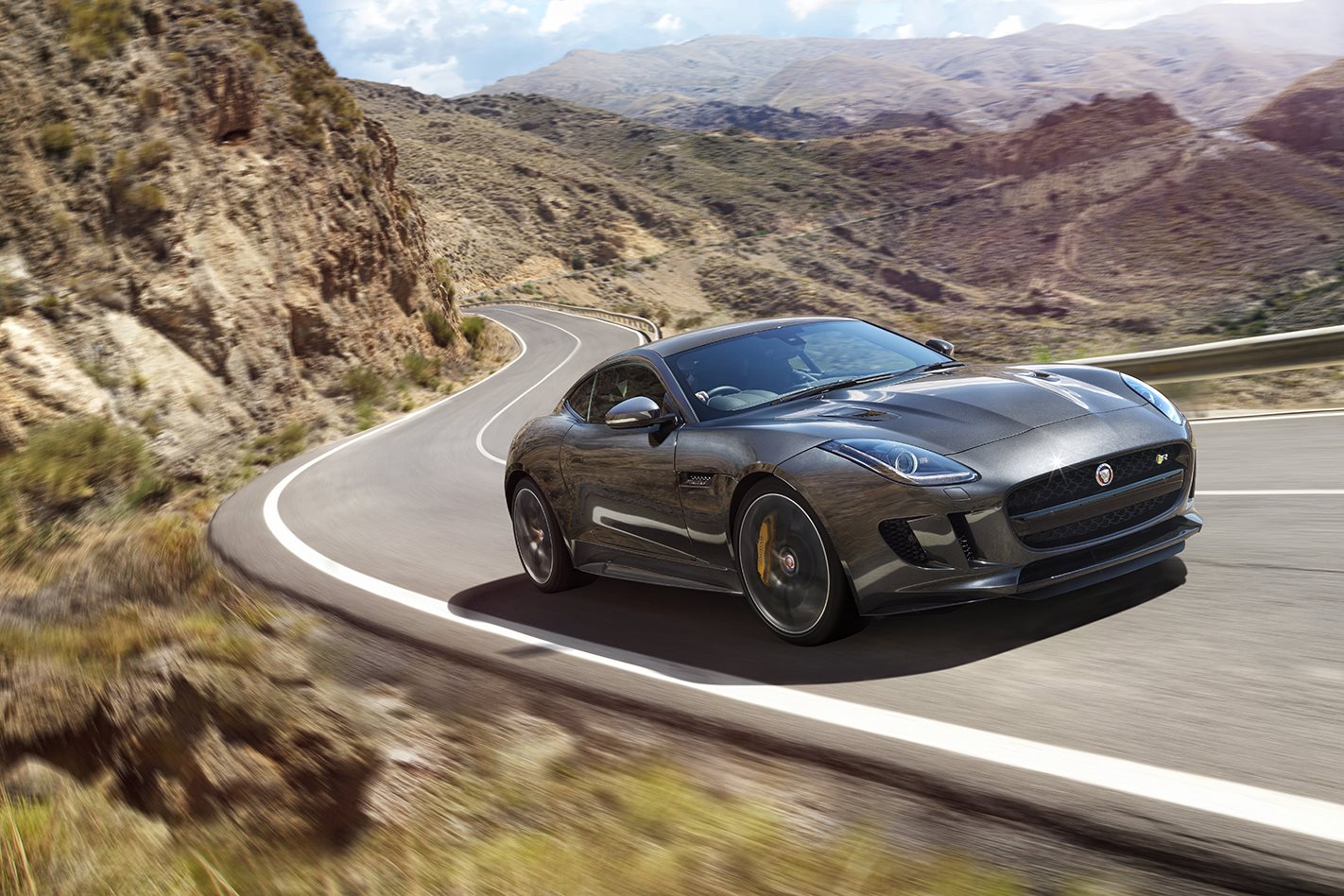 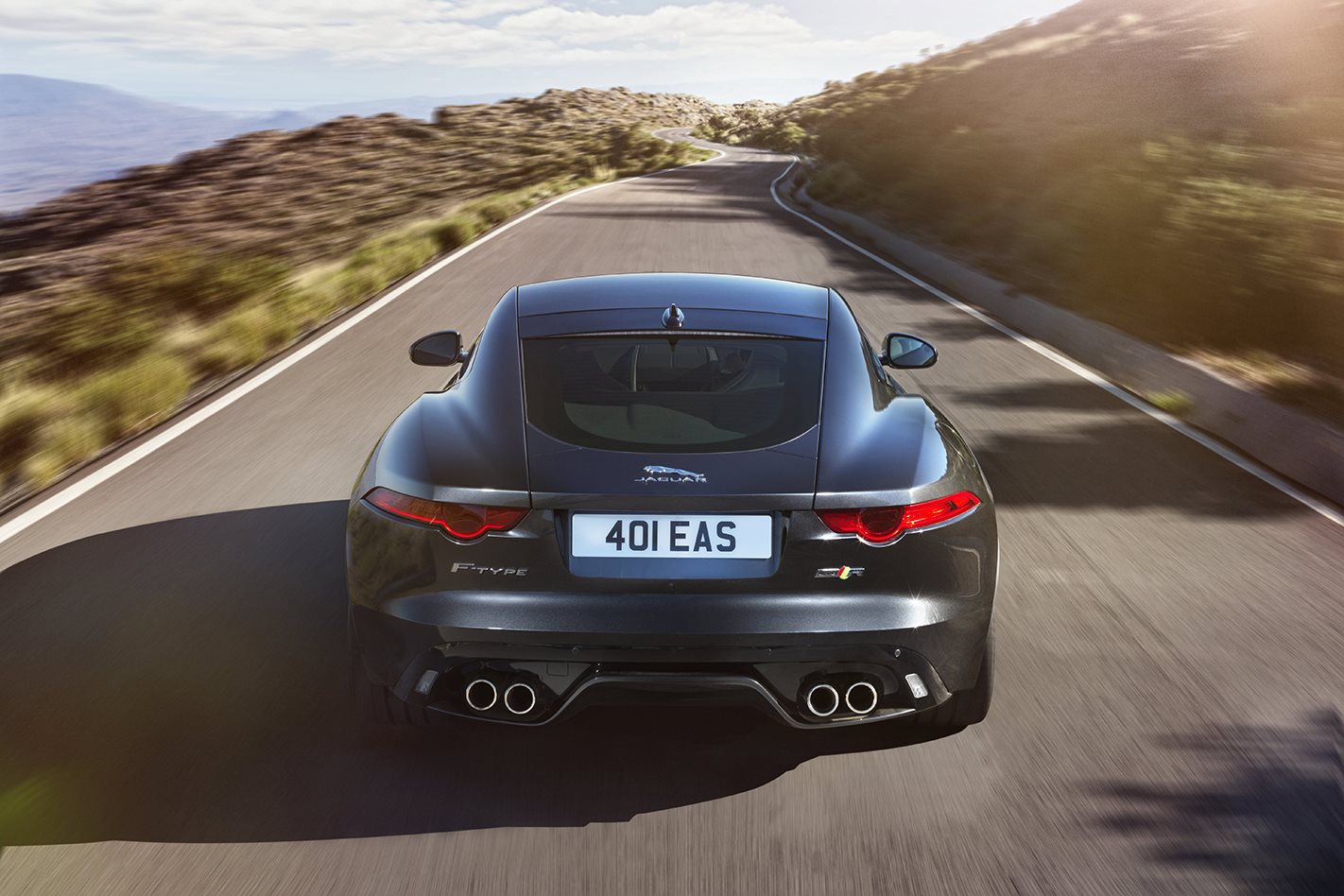 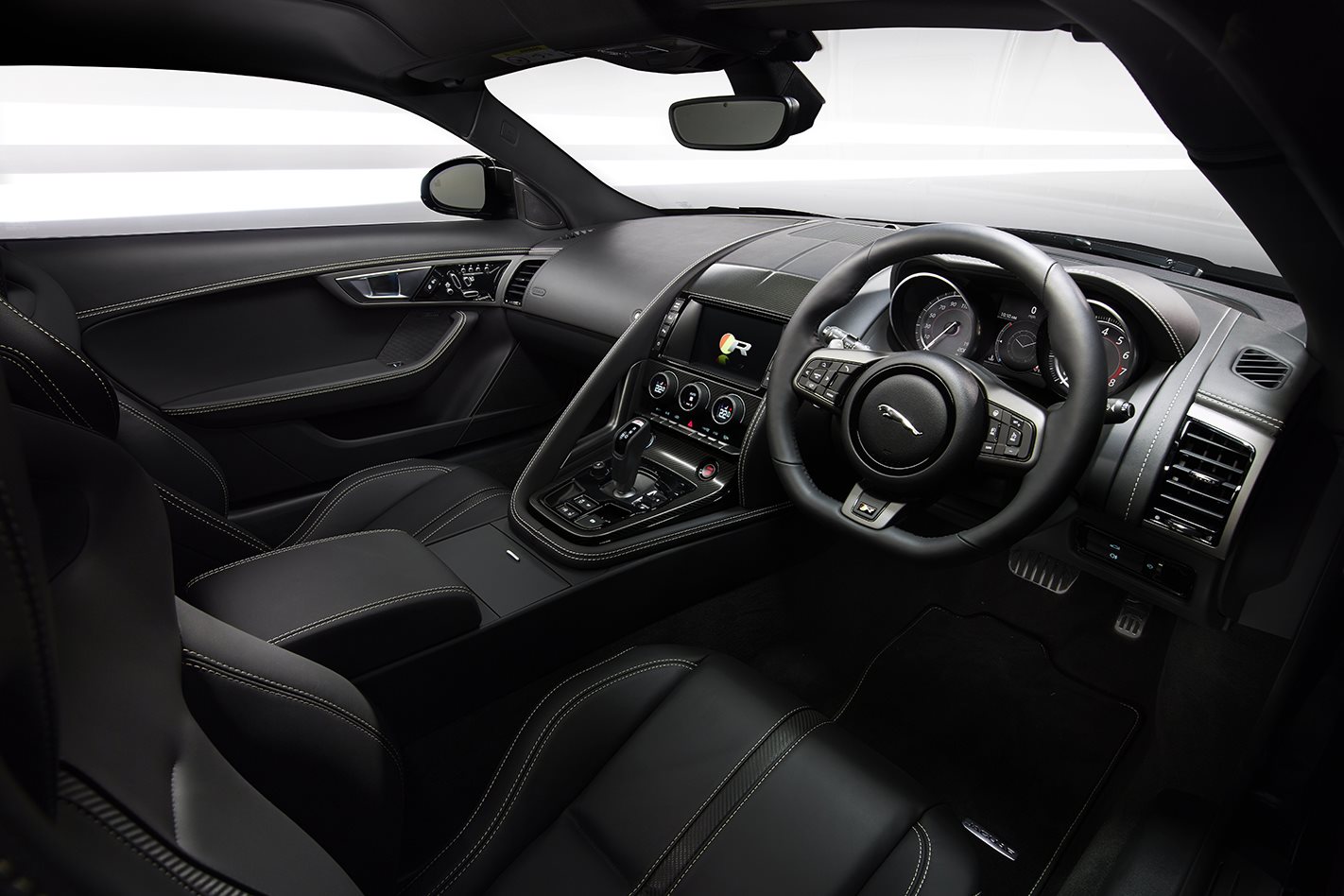 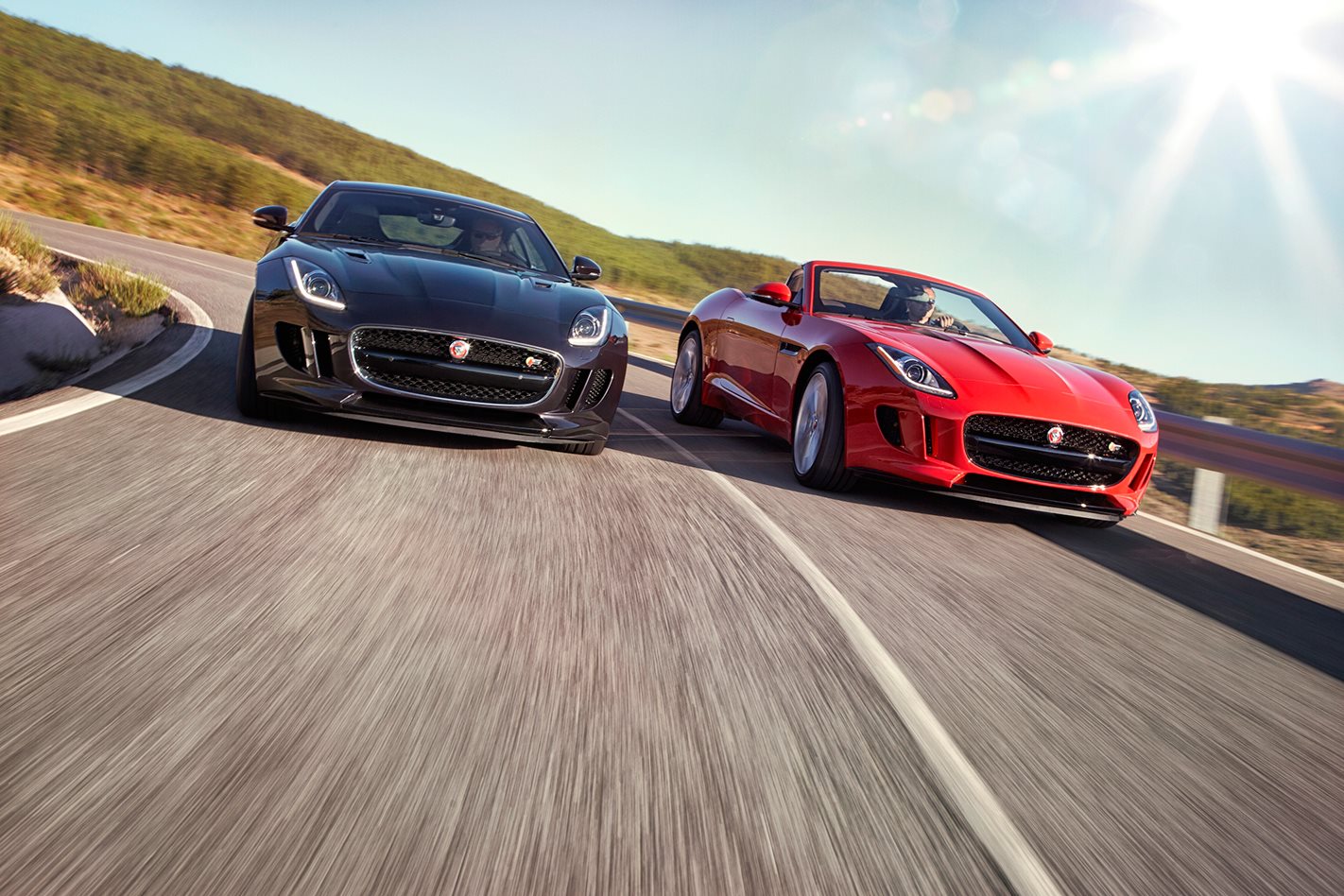