Jeeps head-stomping Cherokee flagship is, as the name suggests, designed for surfaces other than dirt, mud or sand.

IT MAY wear a Jeep badge but the insane Grand Cherokee Trackhawk is not designed to go off-road at all.

Speaking to Wheels at the 2017 New York motor show, Trackhawk engineer Paul Mackiewicz said there was no off-road testing during development of what is claimed to be the world’s fastest accelerating SUV.

Instead, the Trackhawk is more about race tracks than dirt tracks. 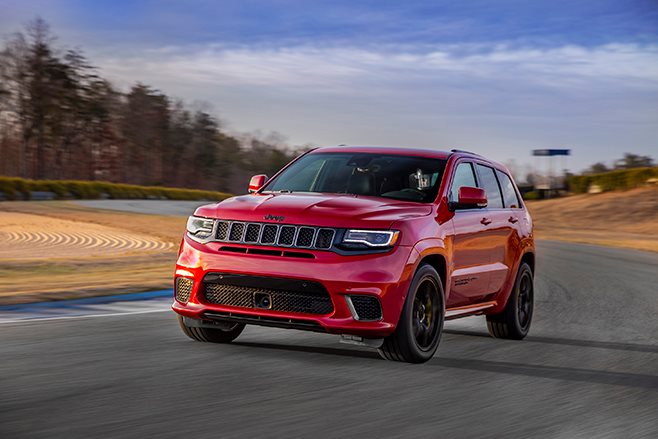 “It is not intended for off-road usage,” said Mackiewicz. “It’s meant to be a high performance SUV.”

Like the Grand Cherokee SRT the Trackhawk rides on run flat tyres and even the spare tyre is optional.

“It looks for the capabilities in a different realm or a different functional objective than what a Trailhawk would do.” 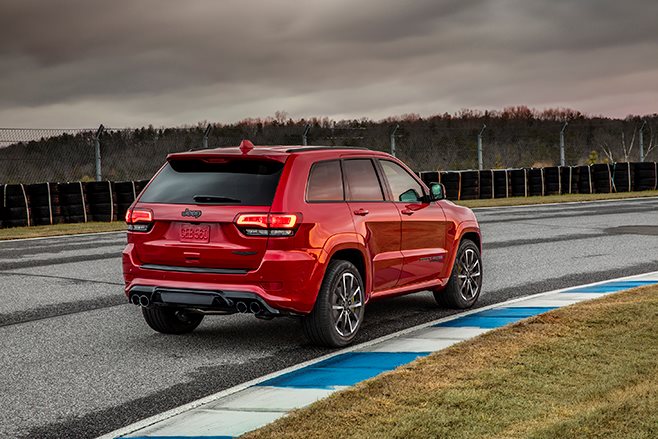 Key to the Trackhawk’s performance is its 6.2-litre supercharged V8, which makes 527kW and 874Nm.

It’s the same engine used in Dodge’s Hellcat variants of the Charger and Challenger and is enough to propel the five-seat SUV to 100km/h in 3.6 seconds. 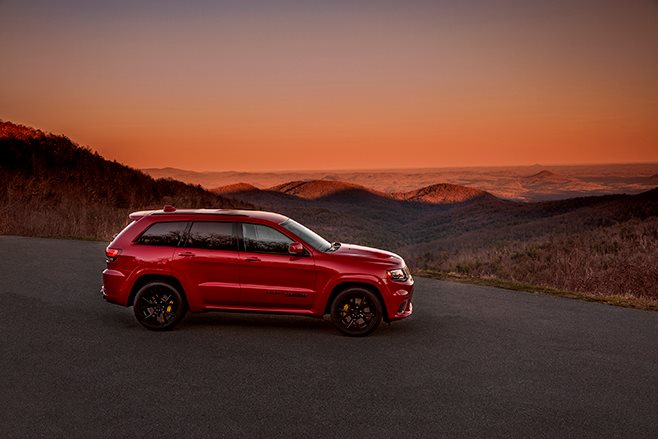 The launch control system uses a torque reserve pre-loading system that pre-loads the front axle with up to 1900Nm.

The driver can then adjust the engine revs between 1700rpm and 3500rpm to tailor the launch to different surfaces.

Whereas some launch control systems will adjust to excessive wheelspin, the Trackhawk sends all its grunt to the wheels no matter what, potentially leading to some spectacular four-wheel burnouts.

The engine drives through an eight-speed automatic, codenamed HP95. It’s similar to the transmission used in the rear-drive Challenger and Charger Hellcats but has been adapted for four-wheel drive. 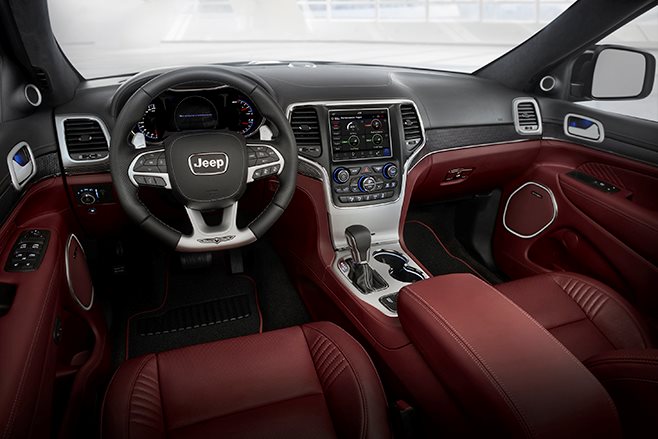 Speaking of which, the four-wheel drive system is Jeep’s Selec-Track.

Helping halt all that pace is a new set of Brembo six-piston calipers painted yellow. The front discs are 400mm in diameter, 20mm more than the Grand Cherokee SRT.

Jeep considered carbon ceramic brakes, but traditional steel ones were employed instead because they were found to achieve what engineers wanted.