Is Jeep planning on building the world's maddest SUV? It appears so, with whispers that a 522kW Grand Cherokee is due to go on sale within the next two years.

Rumours of this super-SUV, powered by the 6.4-litre supercharged HEMI V8 from the Dodge Challenger and Charger Hellcat, first surfaced when Jeep trademarked the 'Trackhawk' name, suggesting a more performance-focused variant than the current SRT8 is on the way.

According to numerous US outlets, the Grand Cherokee Trackhawk has made its first appearance at a major dealership conference currently being held by Fiat-Chrysler Automobiles (FCA) in Las Vegas. 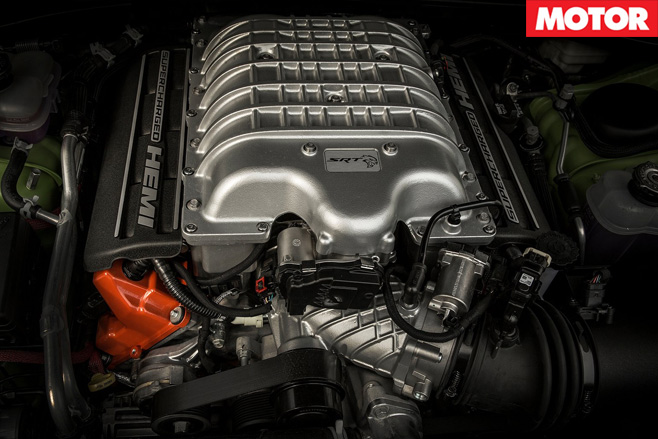 While confirming the dealership event is currently taking place, FCA Australia Corporate Communications Director, Lucy McLellan, had no comment on the potential existence of the Trackhawk, however FCA's local team has previously stated such a vehicle would be "of interest" to its local lineup.

Scuttlebutt suggests that a Hellcat engine-equipped Grand Cherokee would be capable of 0-100km/h in just 3.0 seconds.

Before you dismiss such an outrageous figure, Melbourne's Herrod Motorsport has supercharged the current Grand Cherokee SRT8, the result supposedly capable of 0-100km/h in 3.5sec - we're hoping to independently verify that claim shortly.