Ken Block has a new car.

Well actually, he doesn’t quite yet. But we know what it’s going to look like thanks to designer Ash Thorp.

Block’s Escort Cosworth wore a livery designed by Thorp, and now the designer who worked on the new Batmobile has taken an underrated (according to this journo, anyway…) generation of the Ford Mustang and turned it into the Hoonifox. 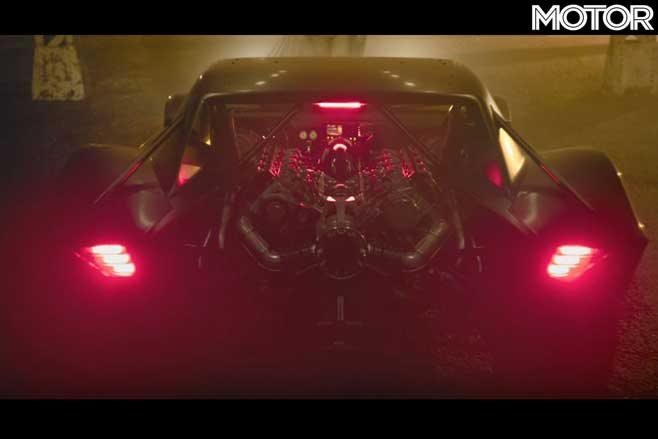 Yes, Block’s next car will be a Ford Mustang Foxbody, named for the platform is was built on and not because it looks anything remotely like a fox.

The Hoonifox’s first official livery is not yet decided, but during the reveal video, conducted remotely over a video chat between Block, Thorp, and Hoonigan head honcho Brian Scotto, several potential liveries designed by Thorp were showcased.

The first is a recreation of the Hoonicorn livery from Block’s AWD Mustang, which has been transferred to the Foxbody. Next, Thorp shows off an all-carbon model of the Hoonifox “because who doesn’t want to see an all-carbon version, right?” 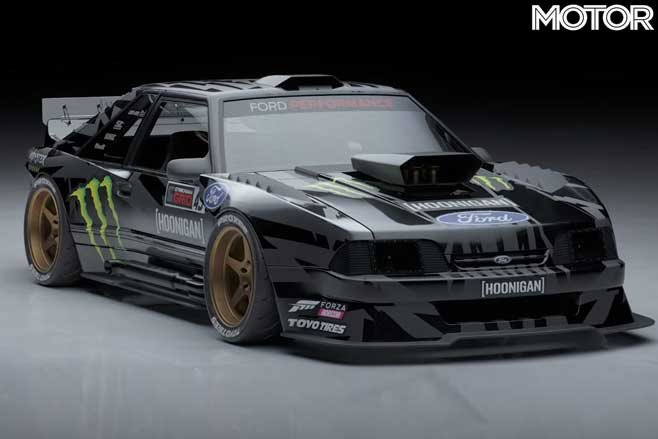 It’s worth keeping in mind all of this is digitally created, there are no photos.

Block then mentions “his dream” for the car, prompting Ash Thorp to reveal what he calls “Road Cocaine,” a completely white version with sponsor logos in very light grey, which Block requested due to his love of the 1980s and his desire to do a Miami Vice-style Gymkhana in the eponymous city. 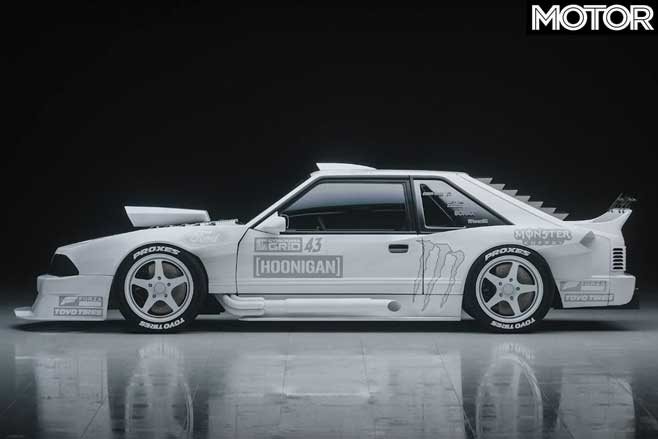 Thorp and Block feel the car is unlikely to be approved due to sponsors’ logos not being as highly visible, but there’s agreement that the car is what Block really wants to proceed with.

“This is the car,” Block says. “This is what I pictured when I pictured doing an ‘80s Gymkhana in Miami in a white-on-white car.”

Thorp also goes on to show a livery similar to the original Hoonicorn, but in greyscale, while the last to be displayed is one of his own making. 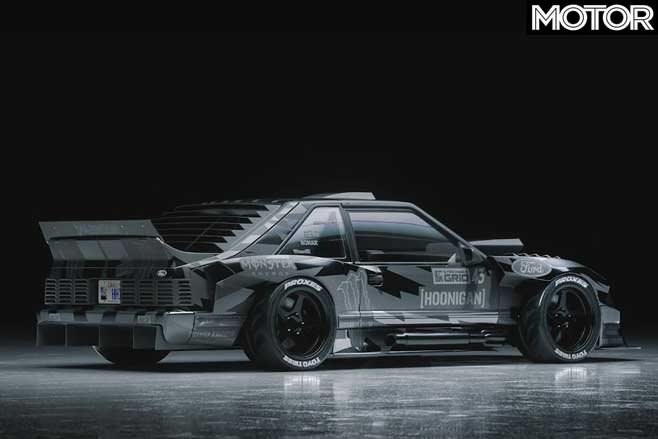 “I said ‘hey, Ash, I want you to give us a livery. What would your dream with this car and your own graphics be?’”

The result is a glitch-graphic livery with pastel colours and mismatched wheels that Scotto compares to a jet-ski he once rode, and Thorp says was ‘about the same’ as some shorts he wore as a kid.

Which of these liveries is your favourite? Let us know in the comments below! 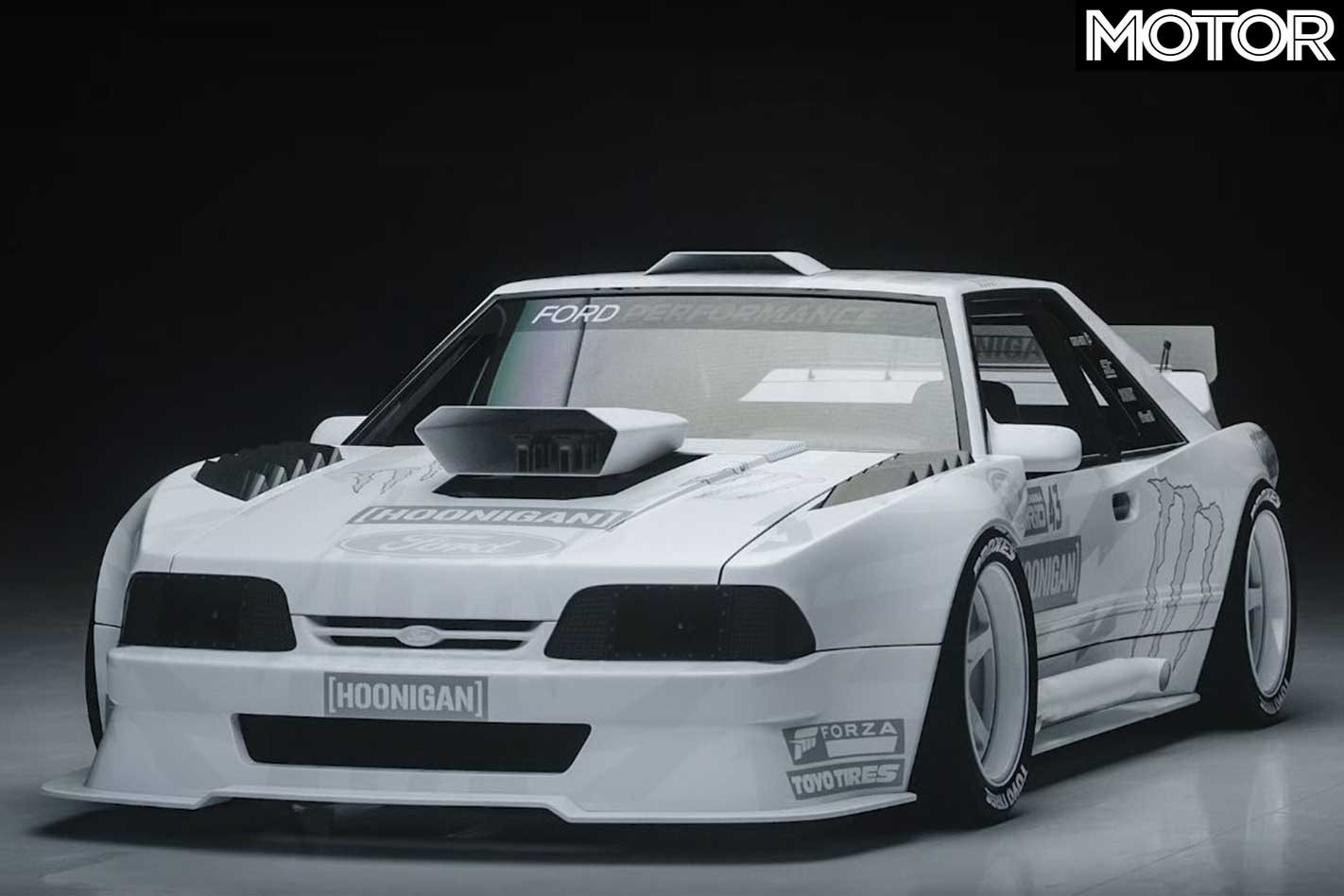 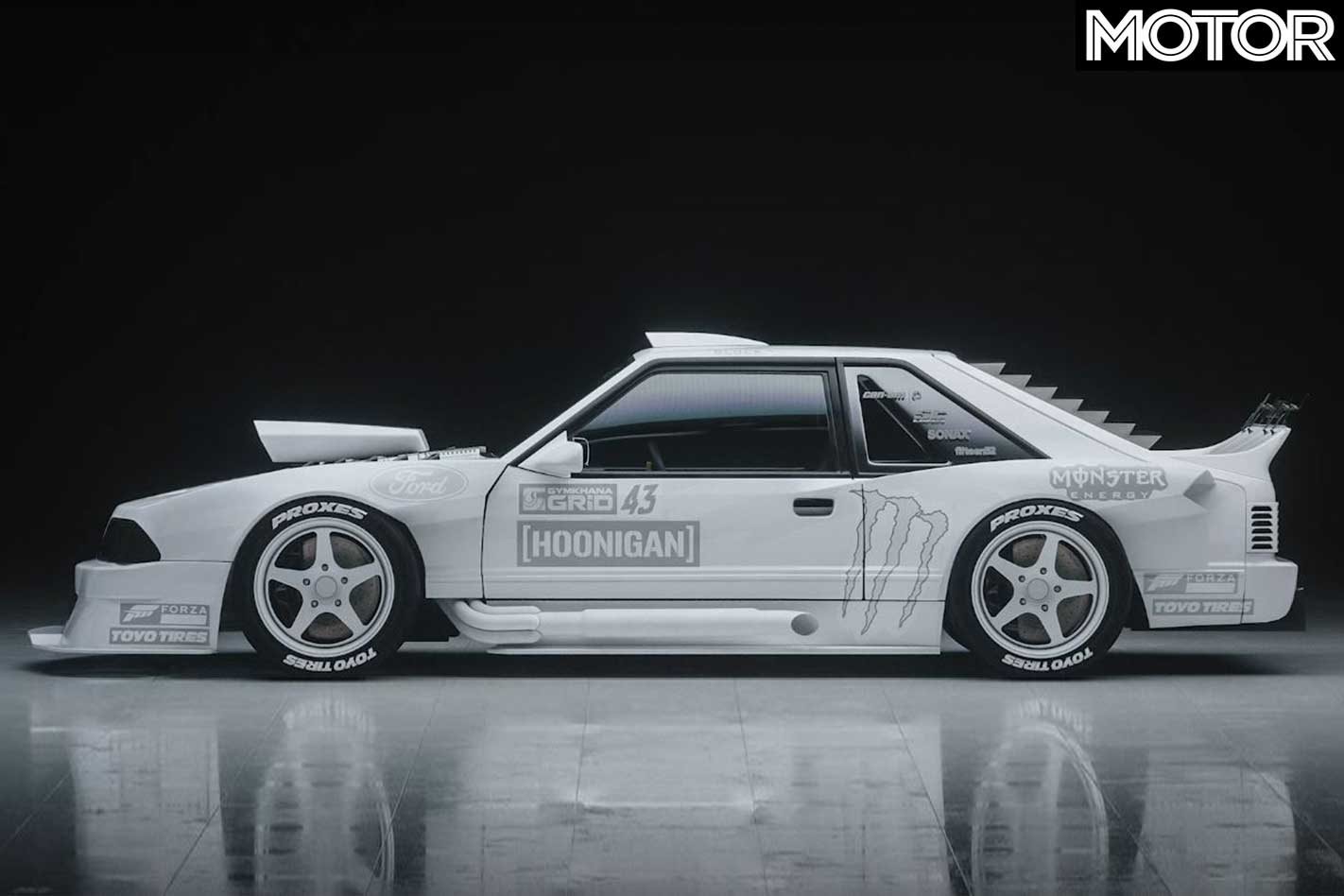 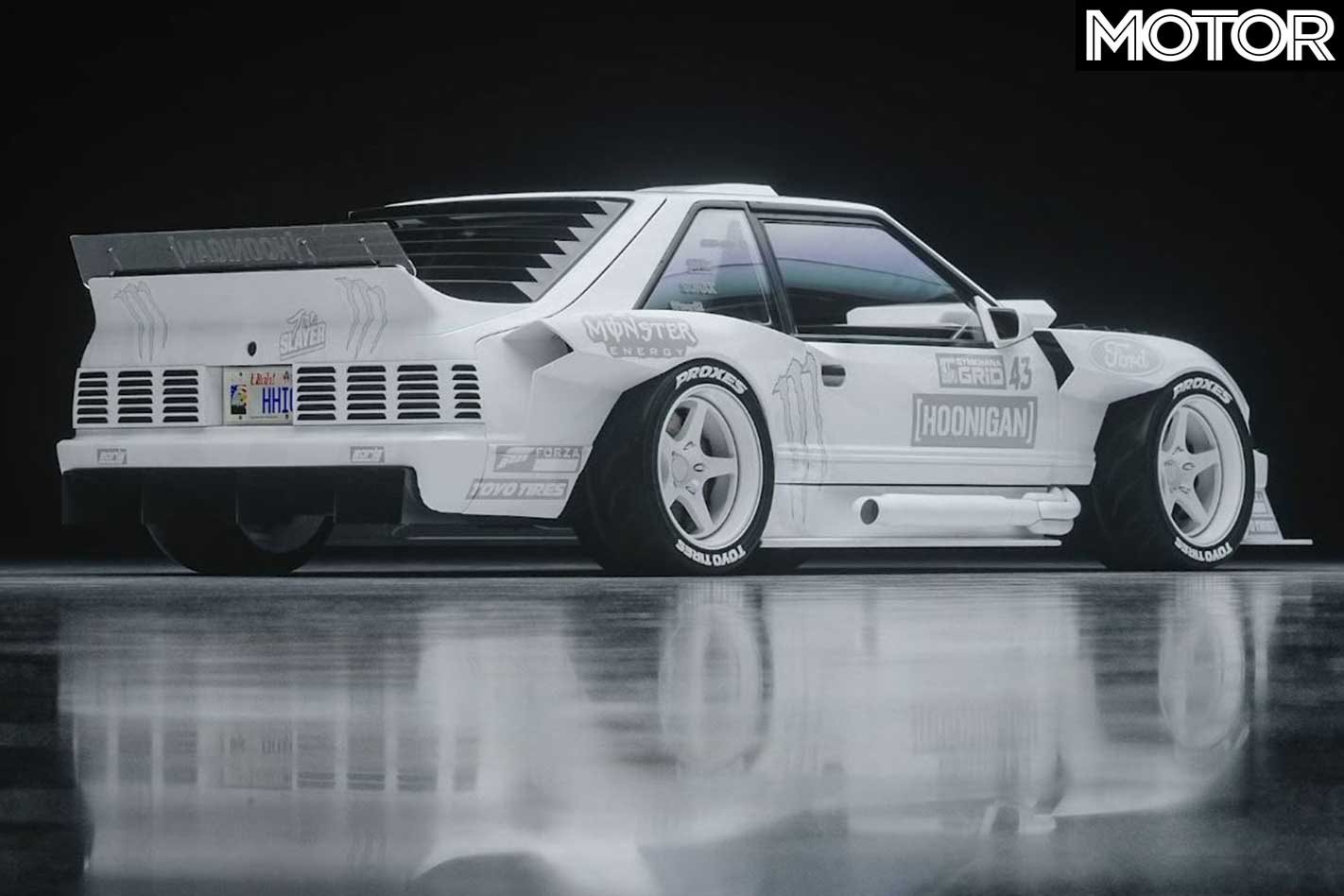 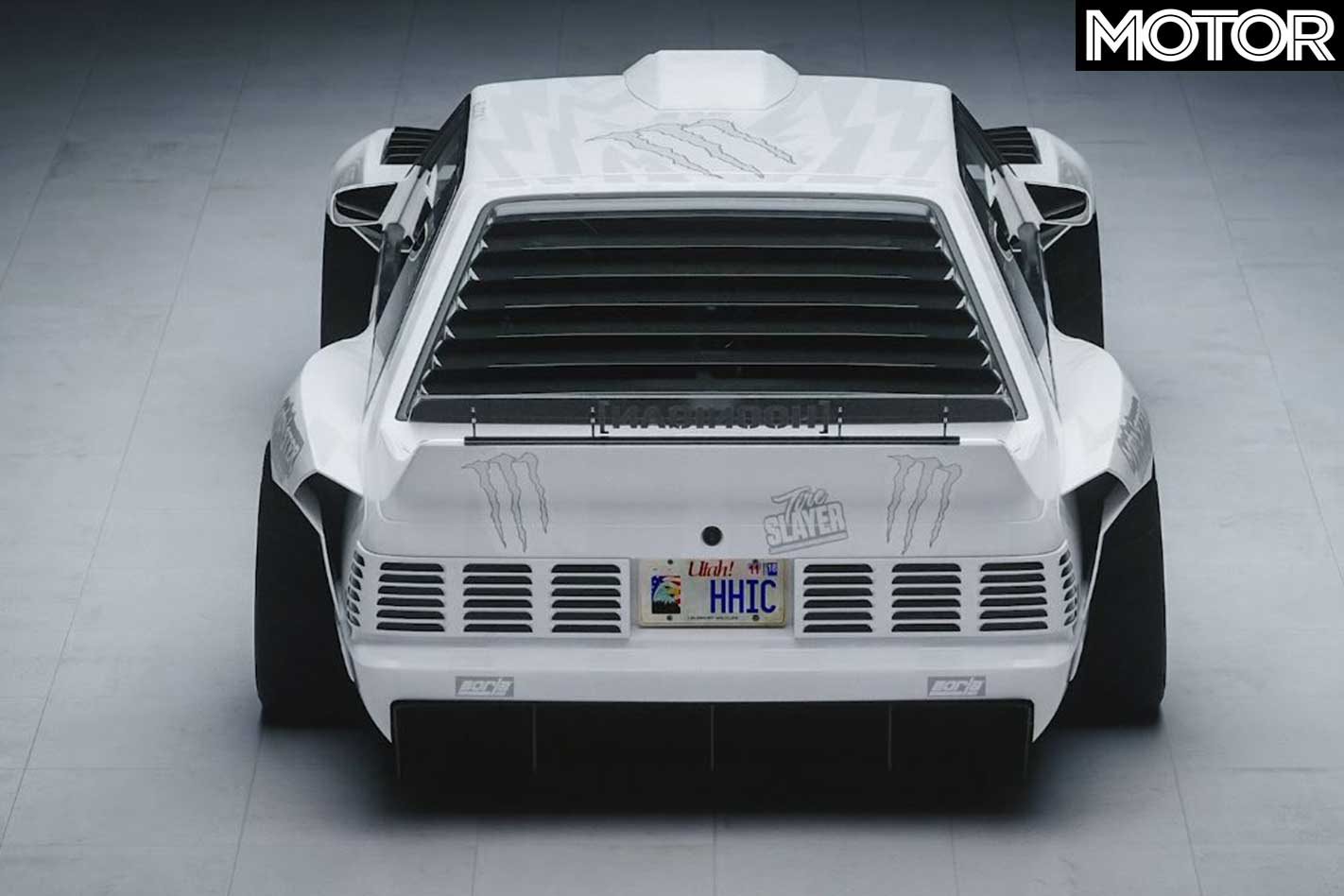 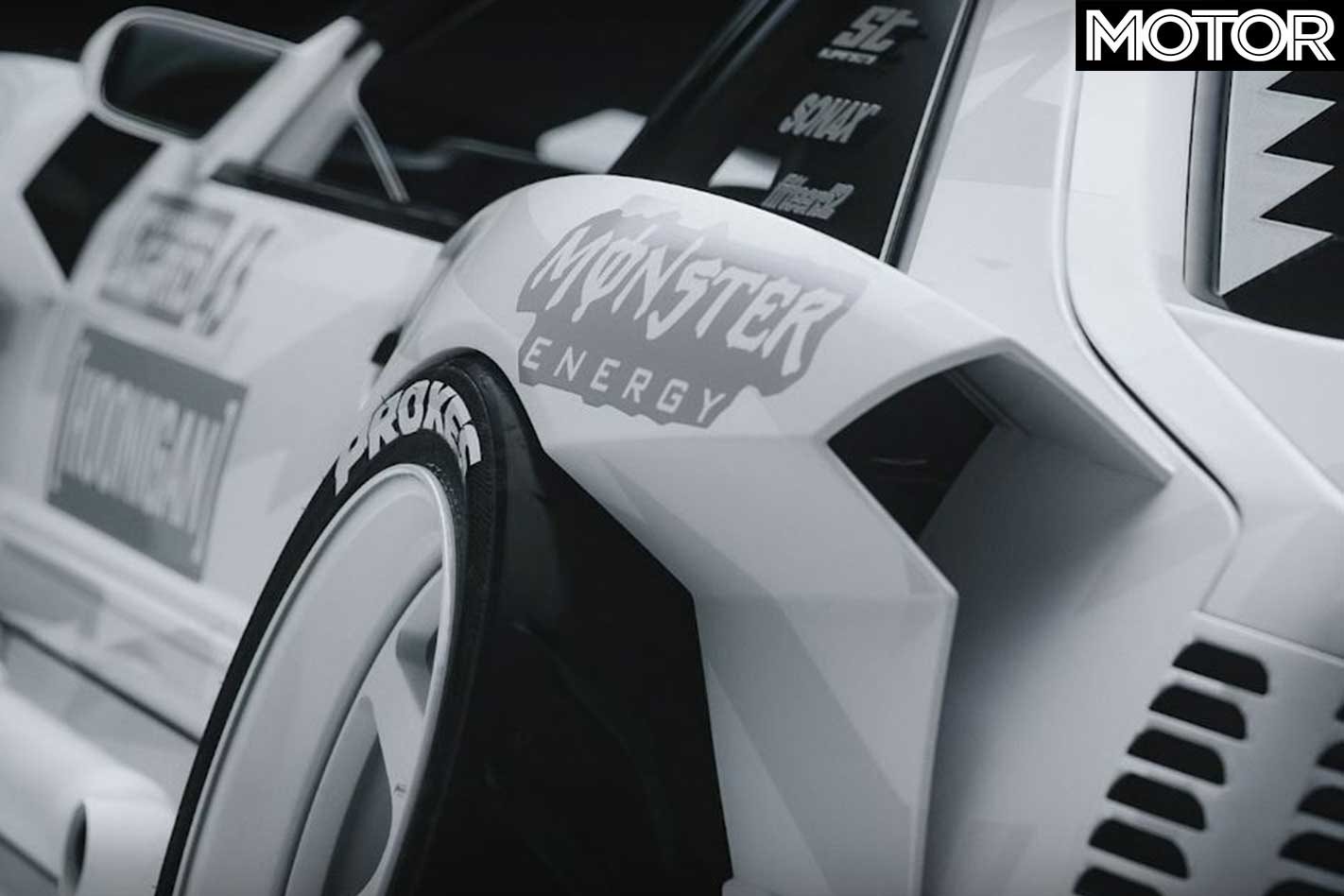 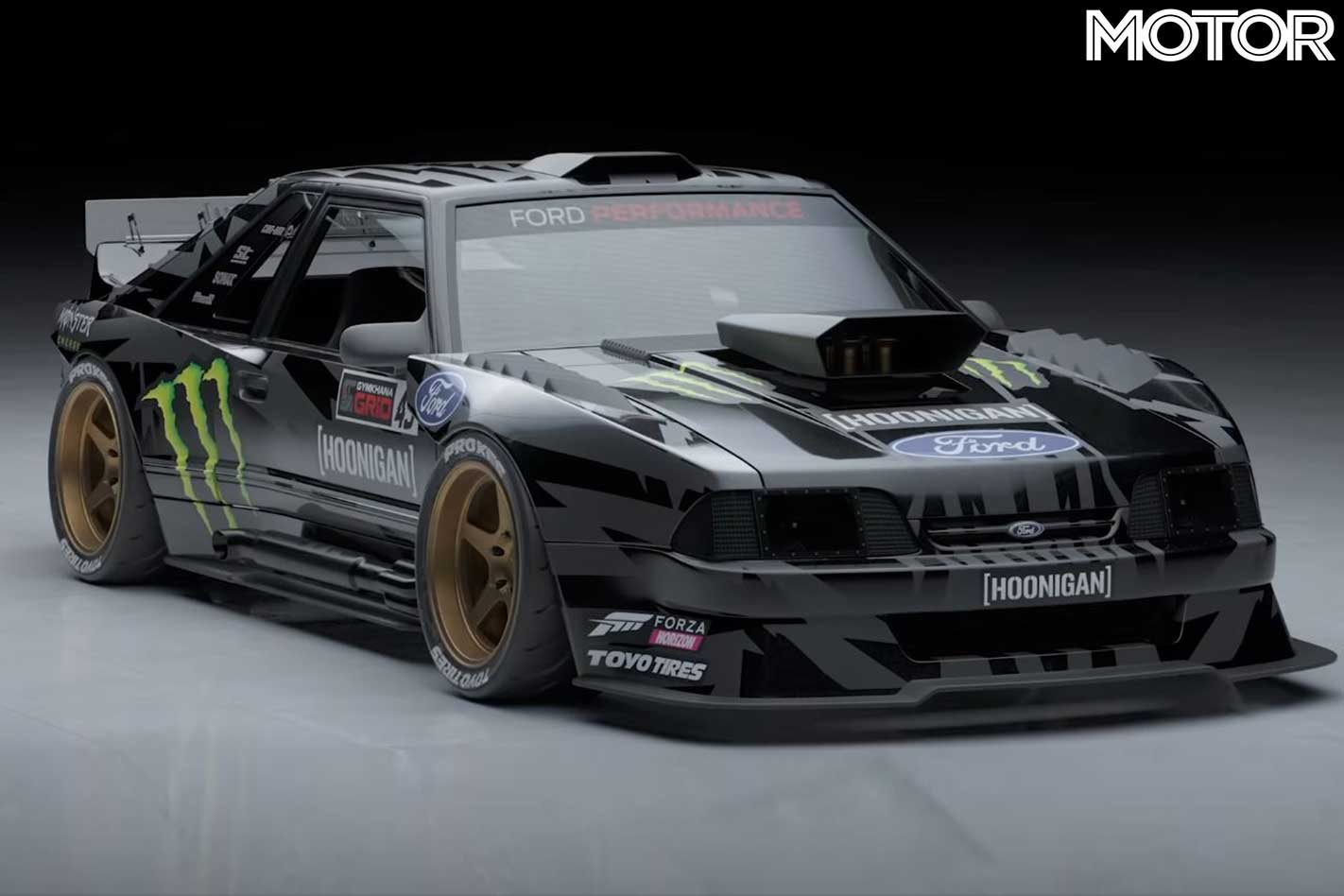 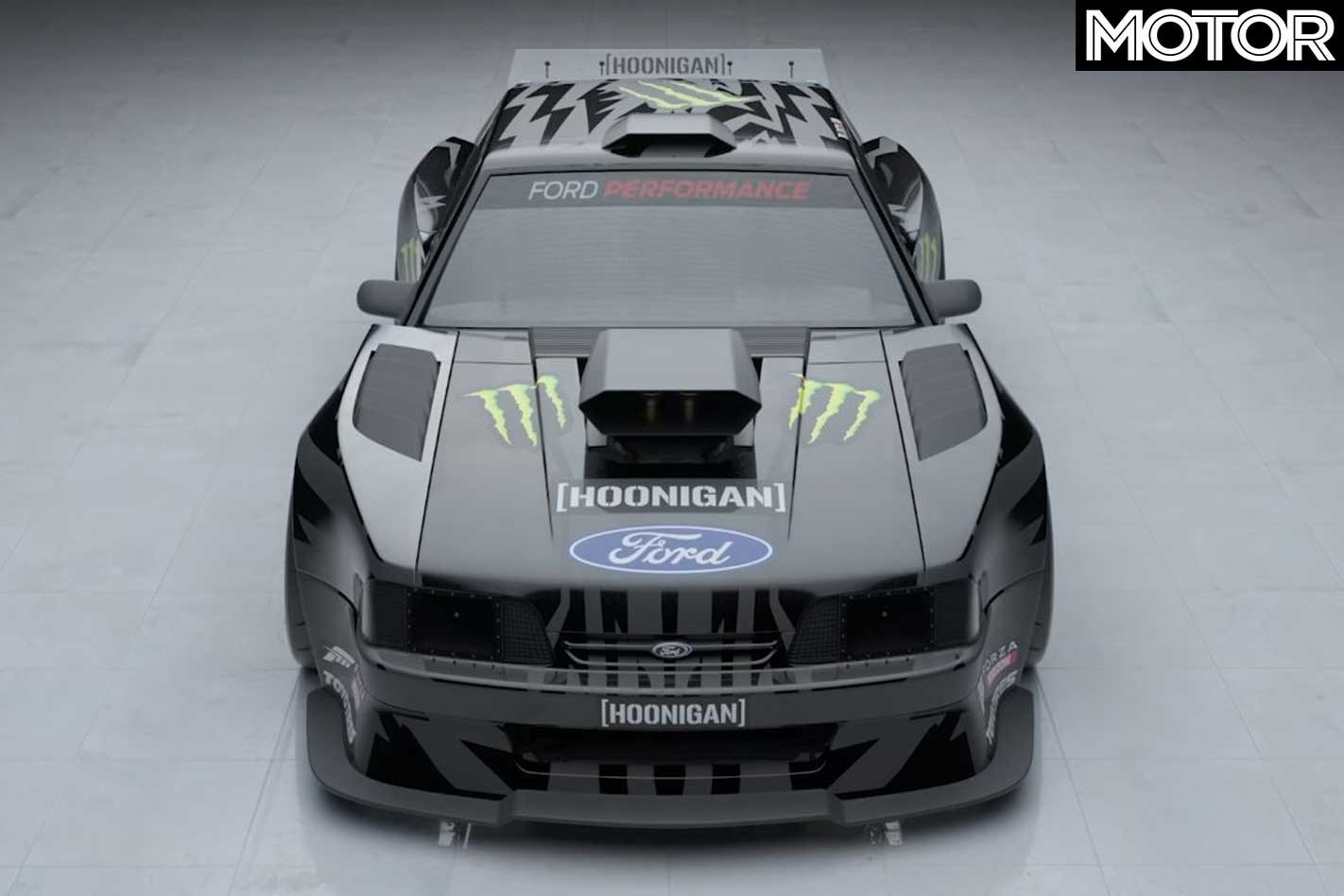 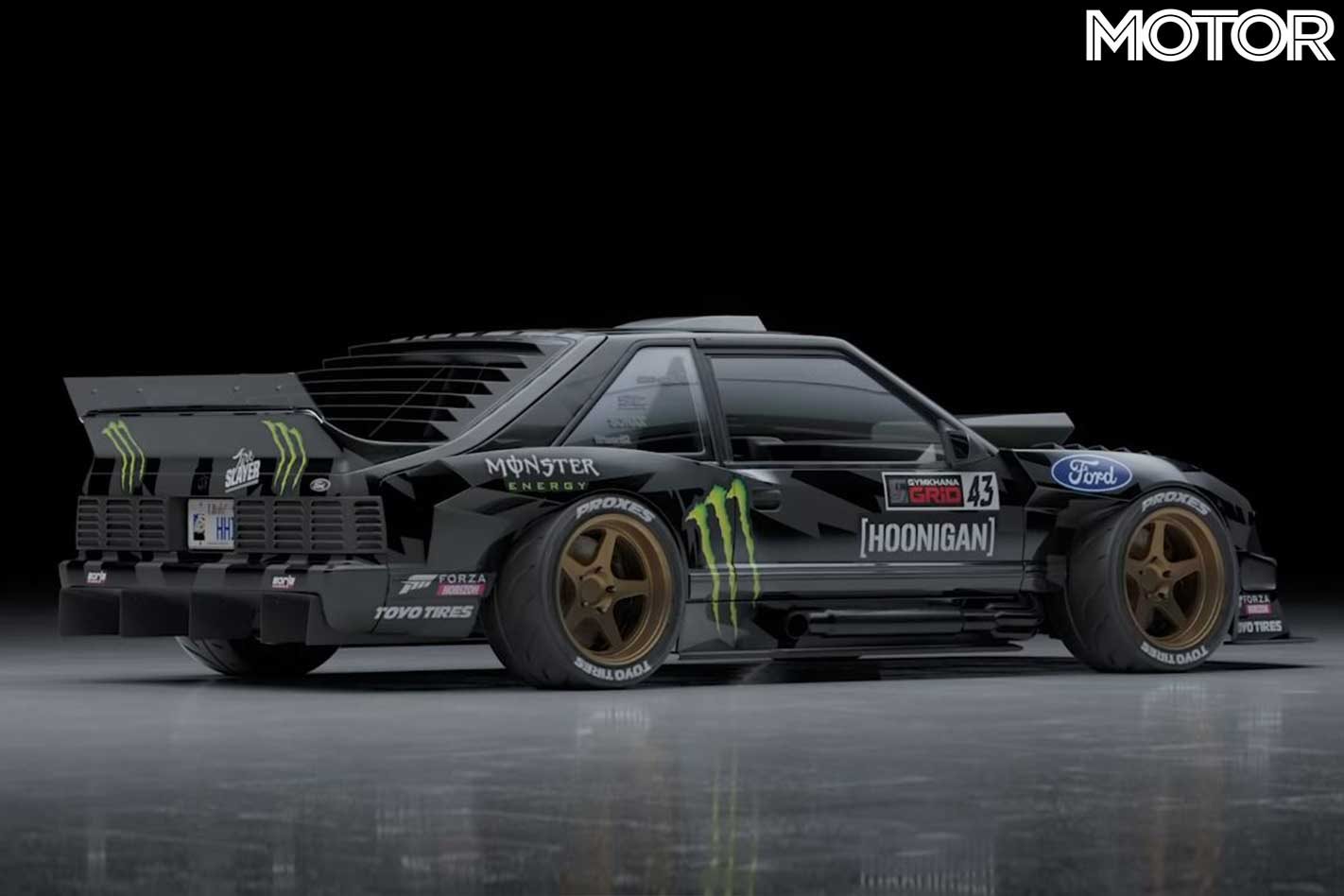 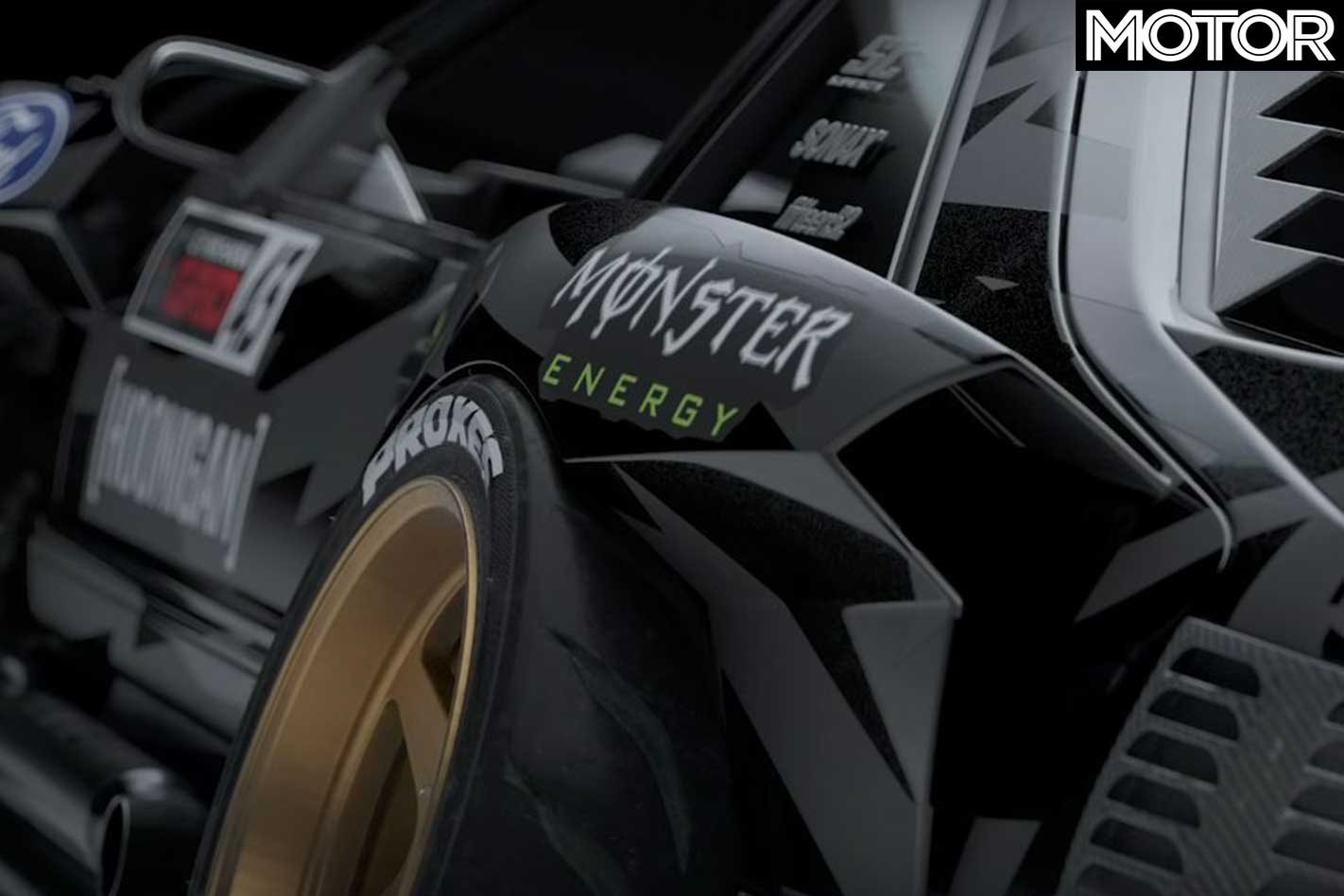 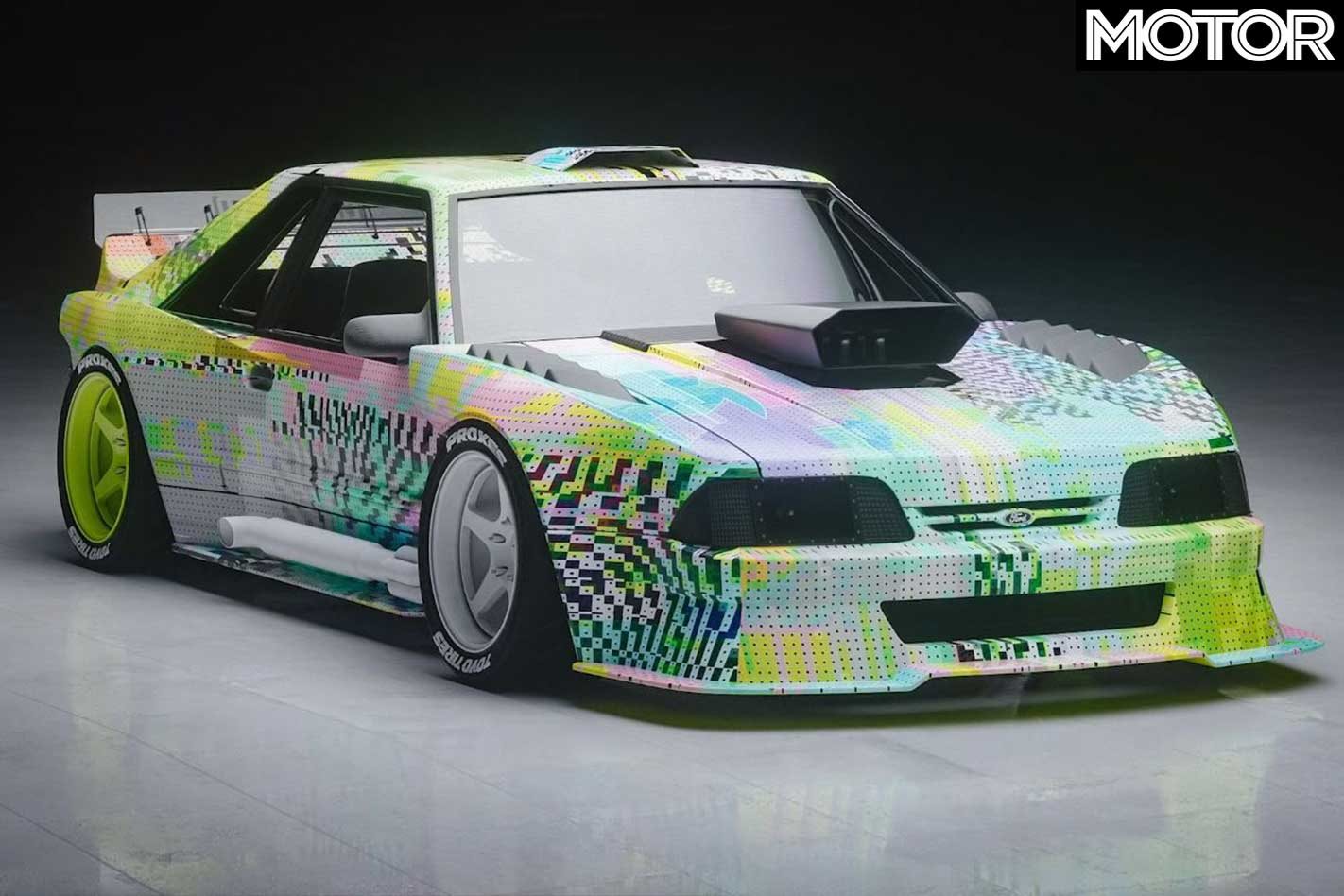 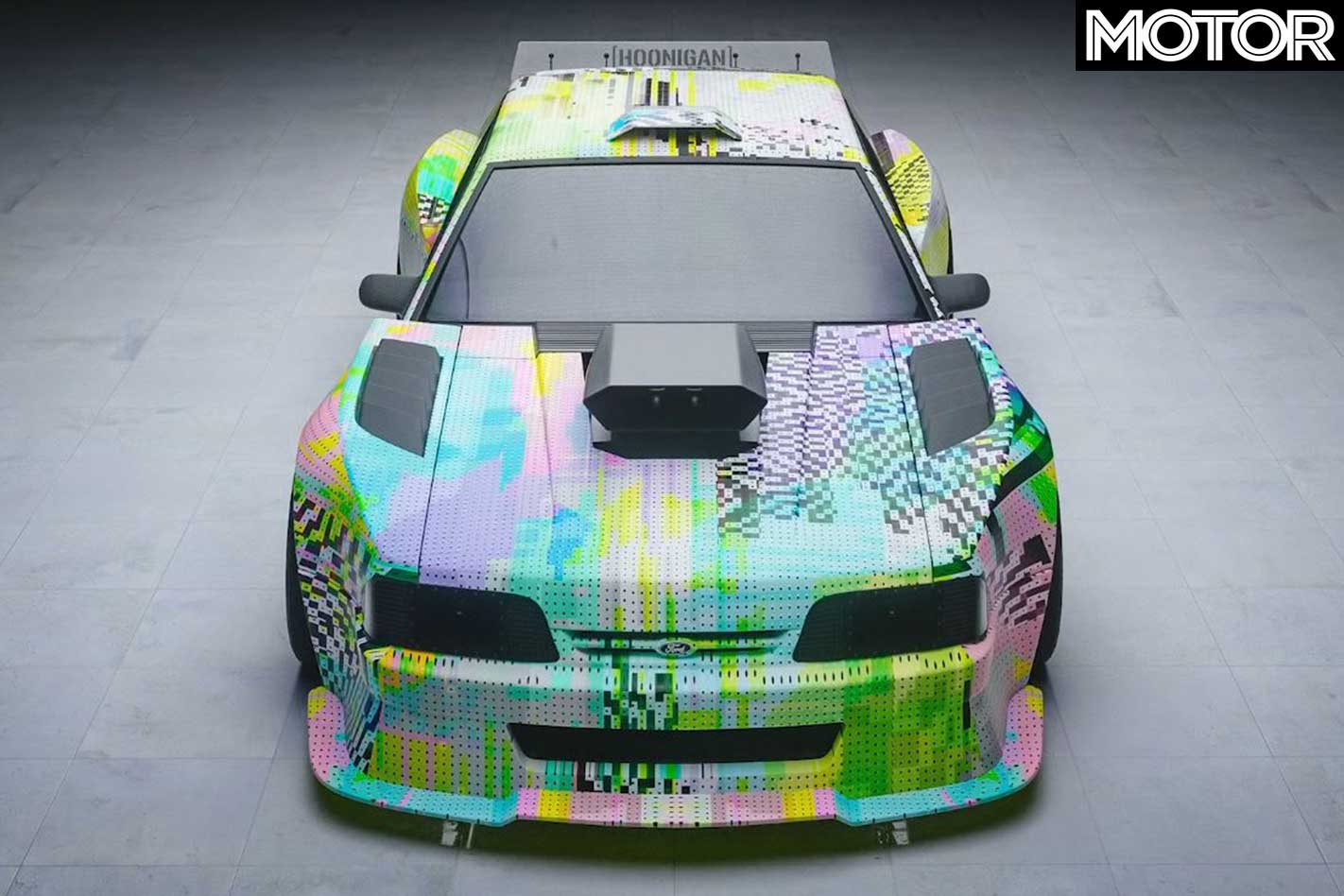 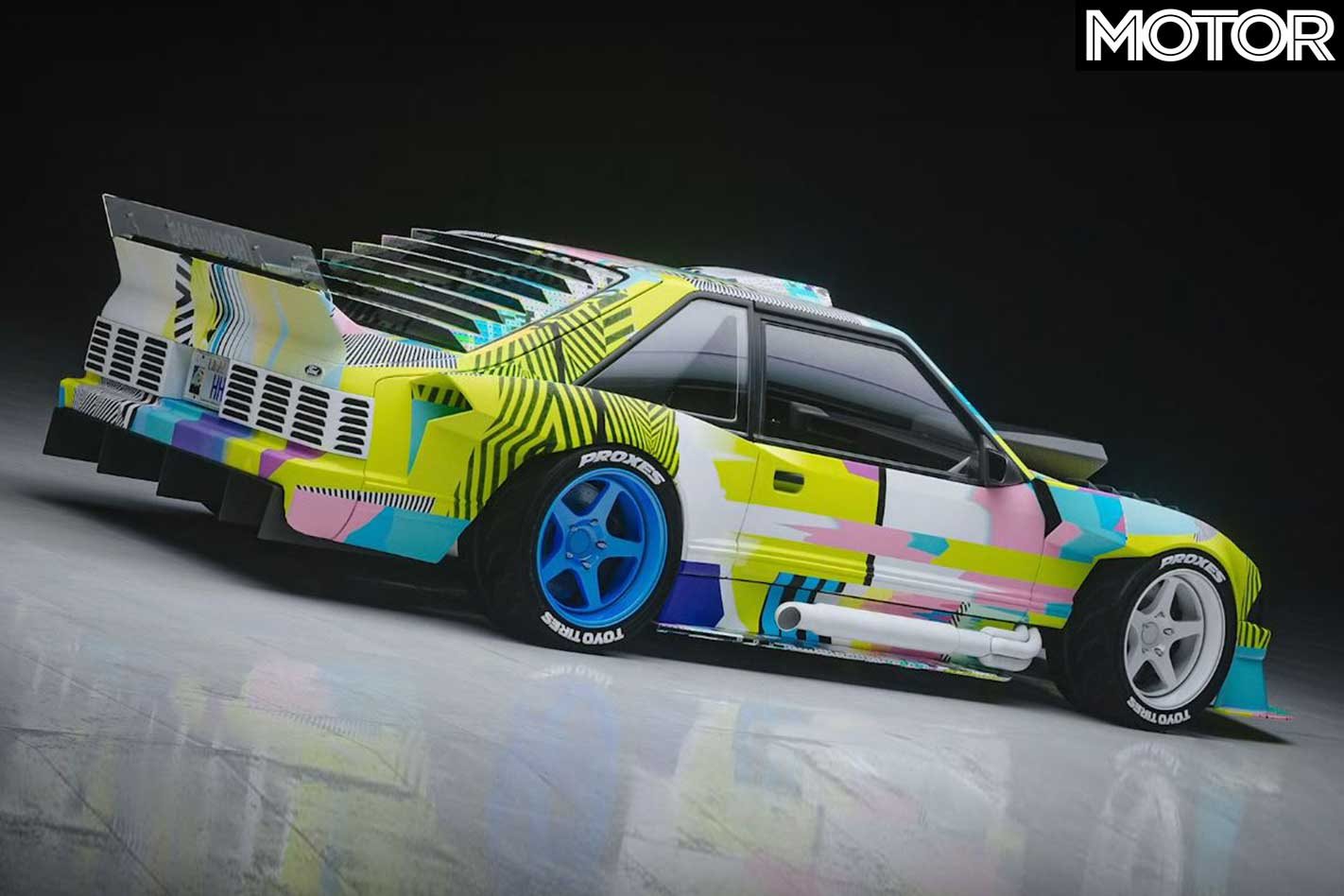 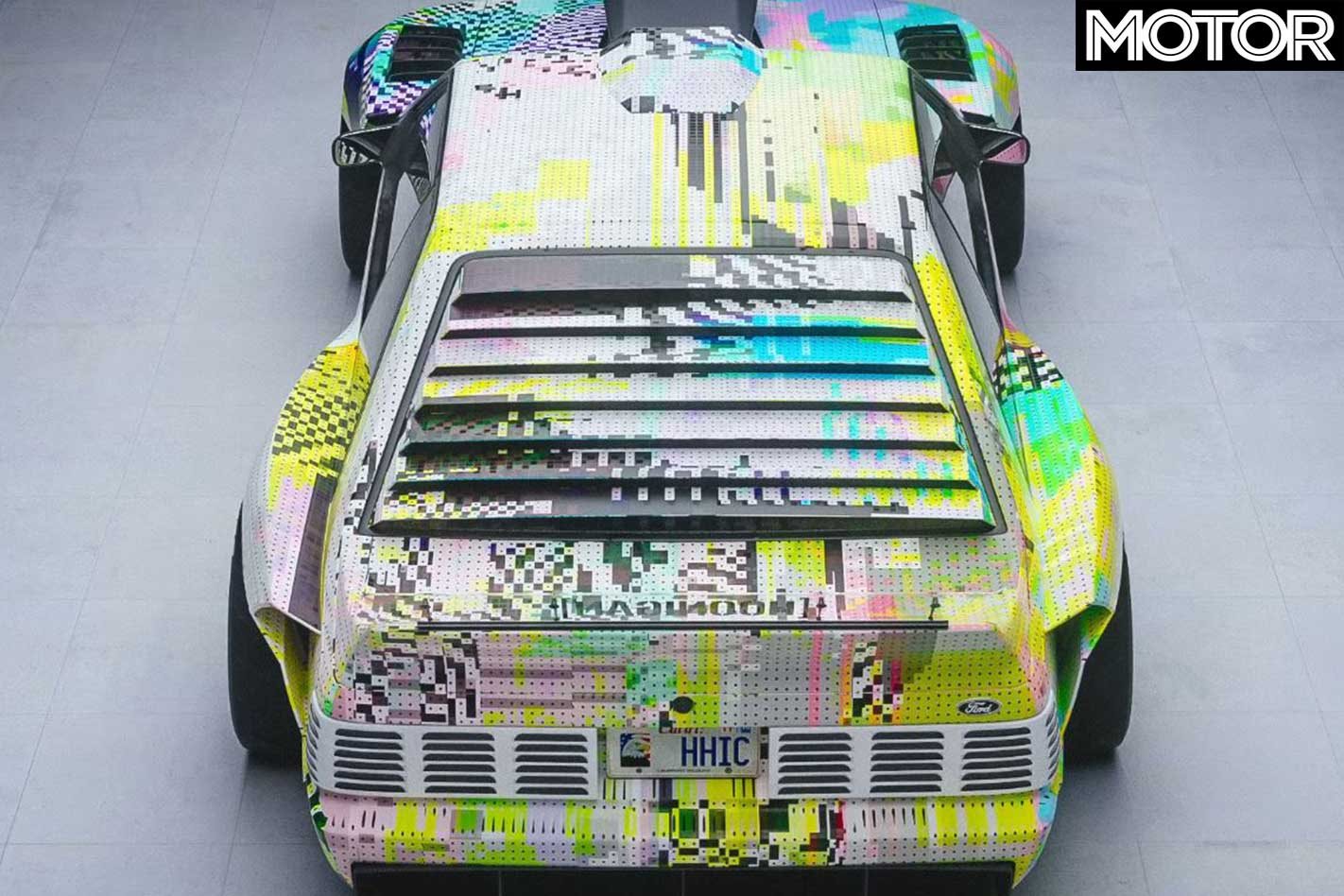 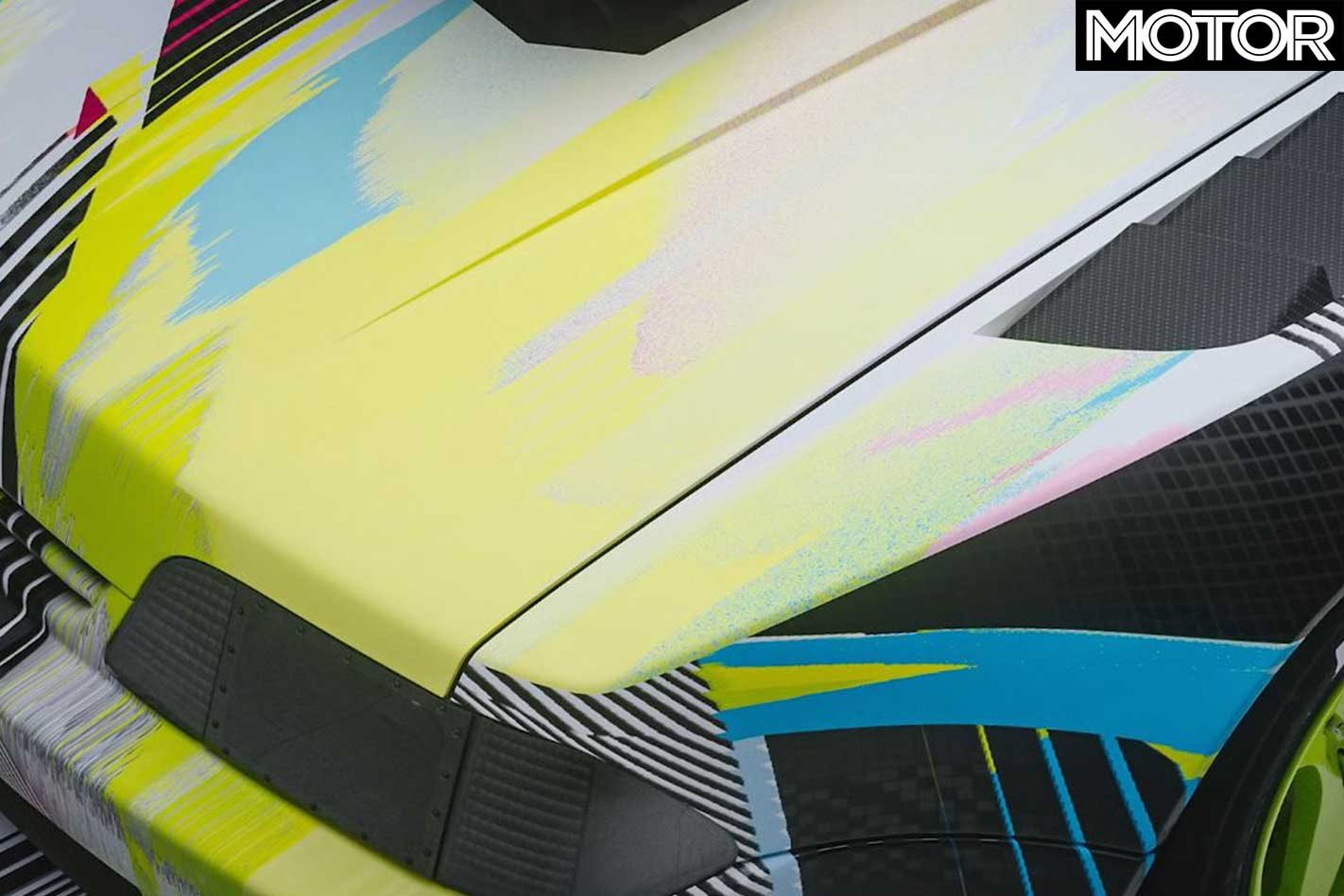 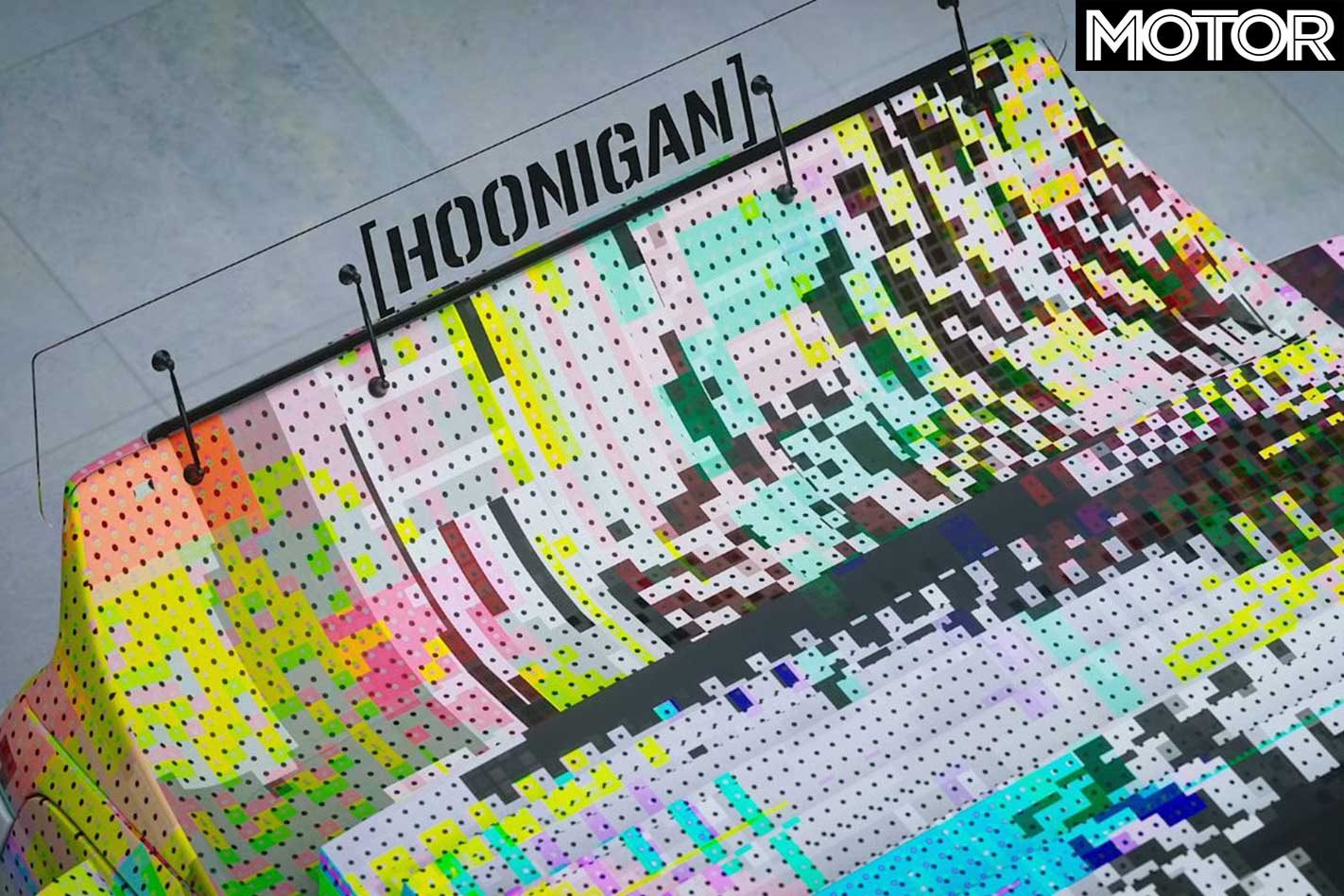 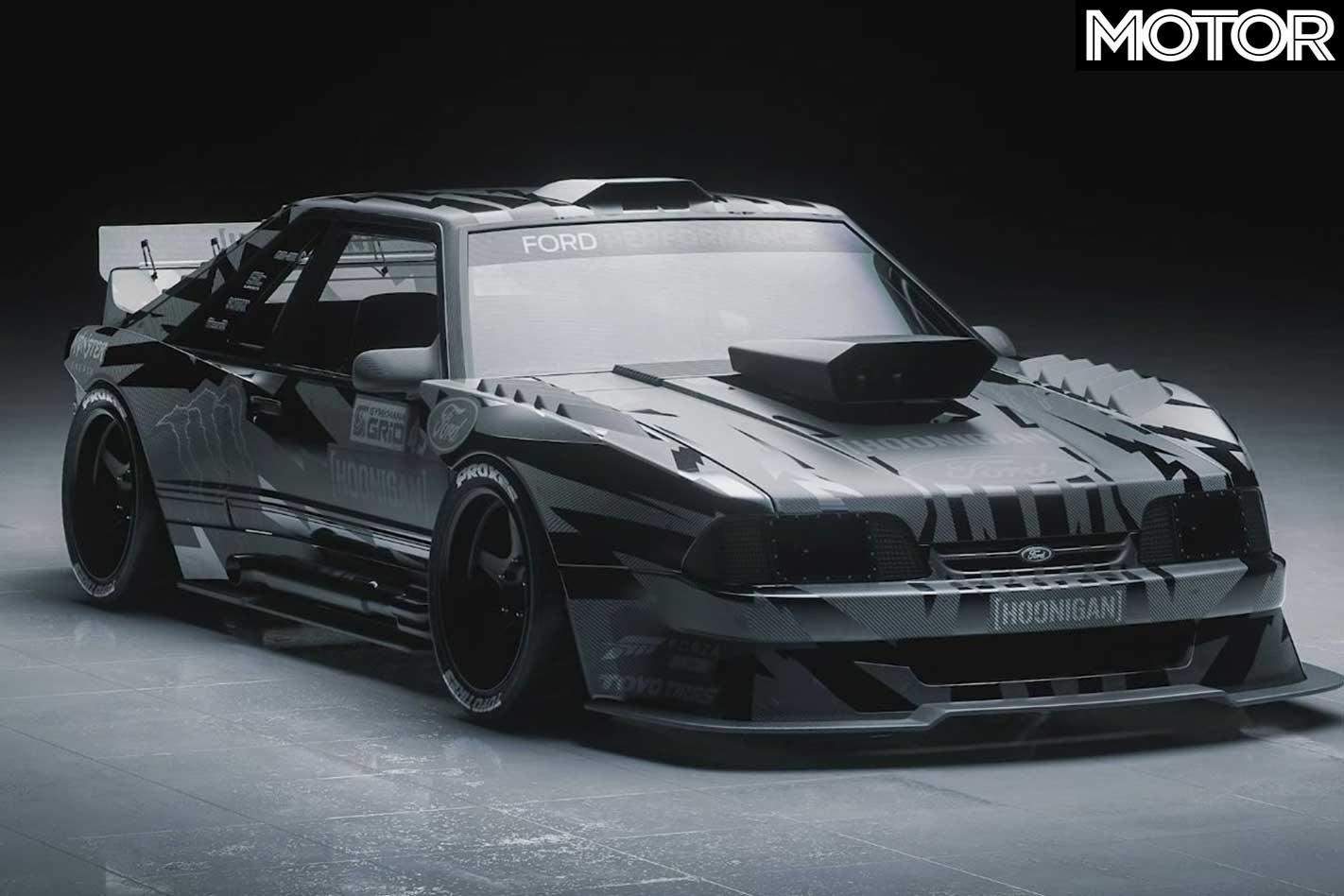 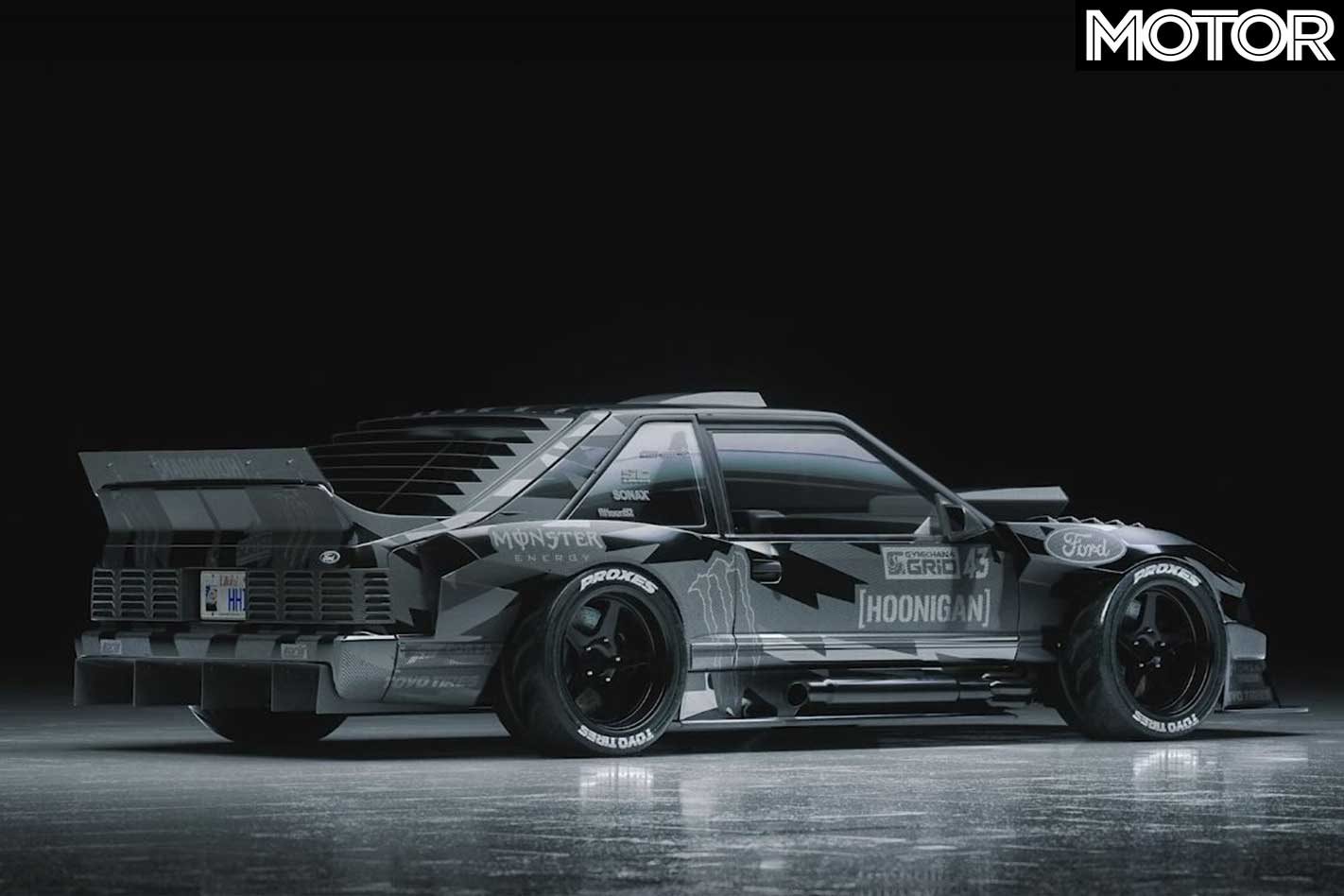 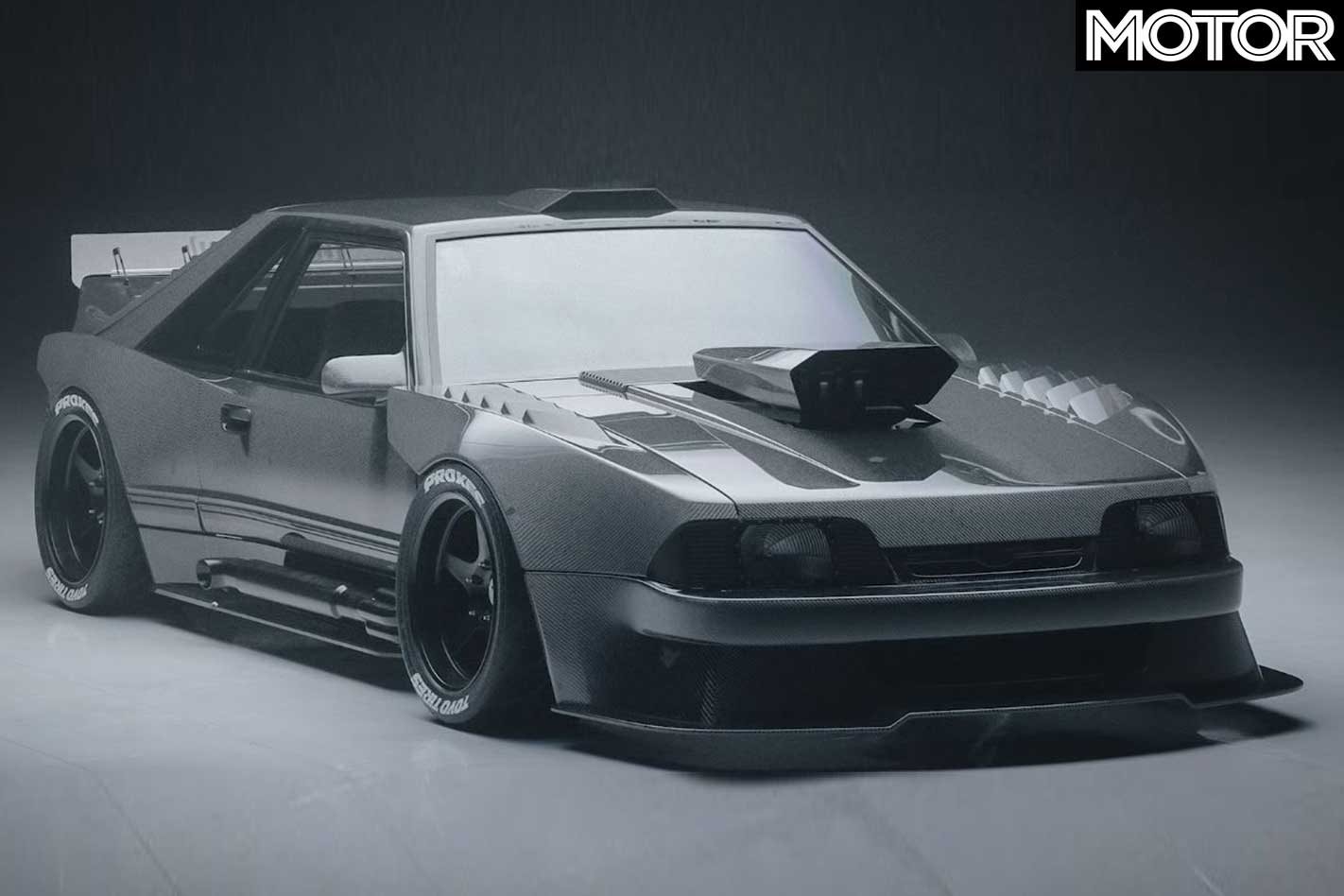 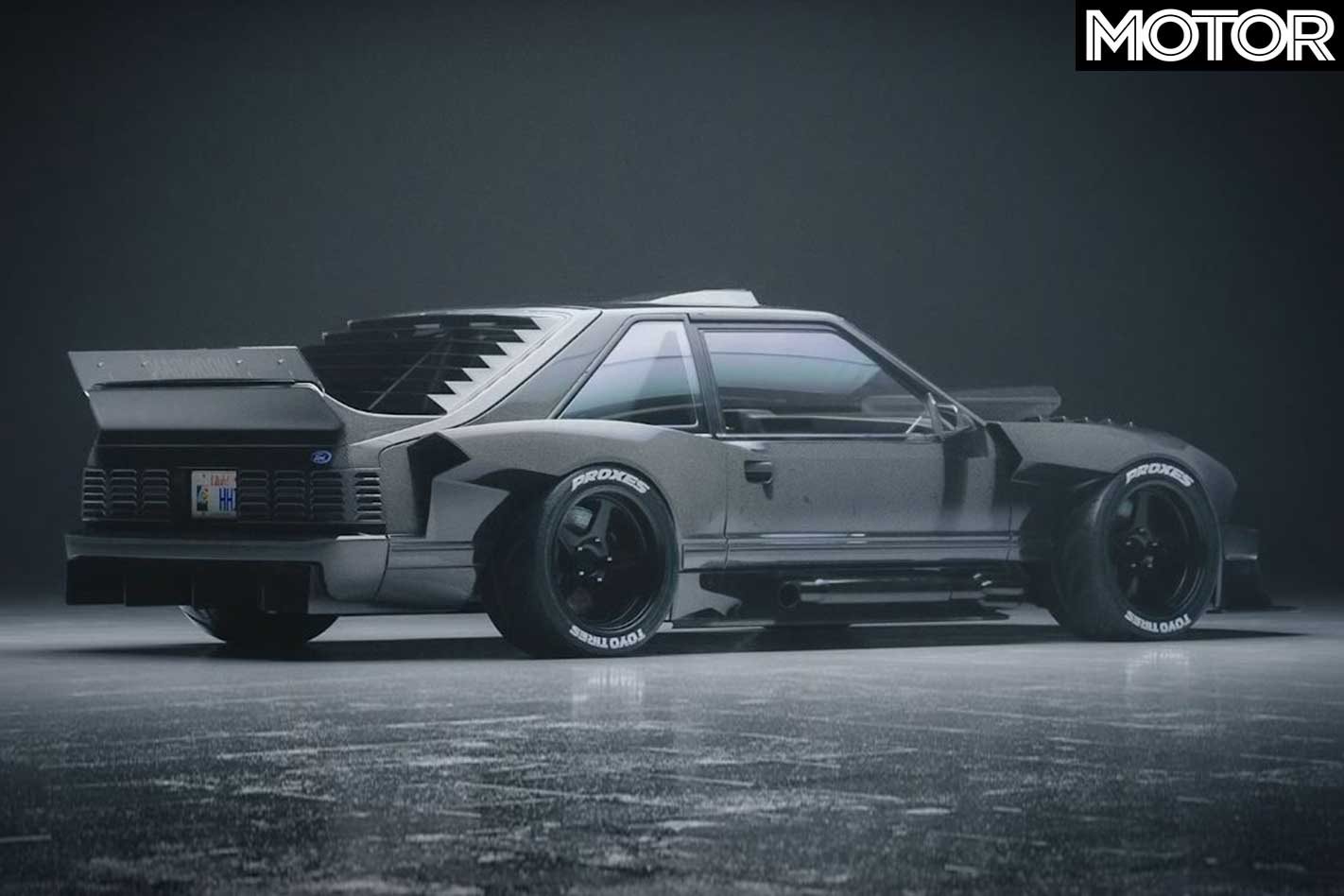