On Monday morning the 10th instalment of Ken Block’s viral Gymkhana video series will go live to the general public.

Over the past decade we’ve been treated to wild jumps, insane drifts, endless tyre smoke and some insane vehicles, so we thought it’d be fun to take a look back at the Hoon Garage and rate the cars in order of our favourites. Let us know your list in the comment below! 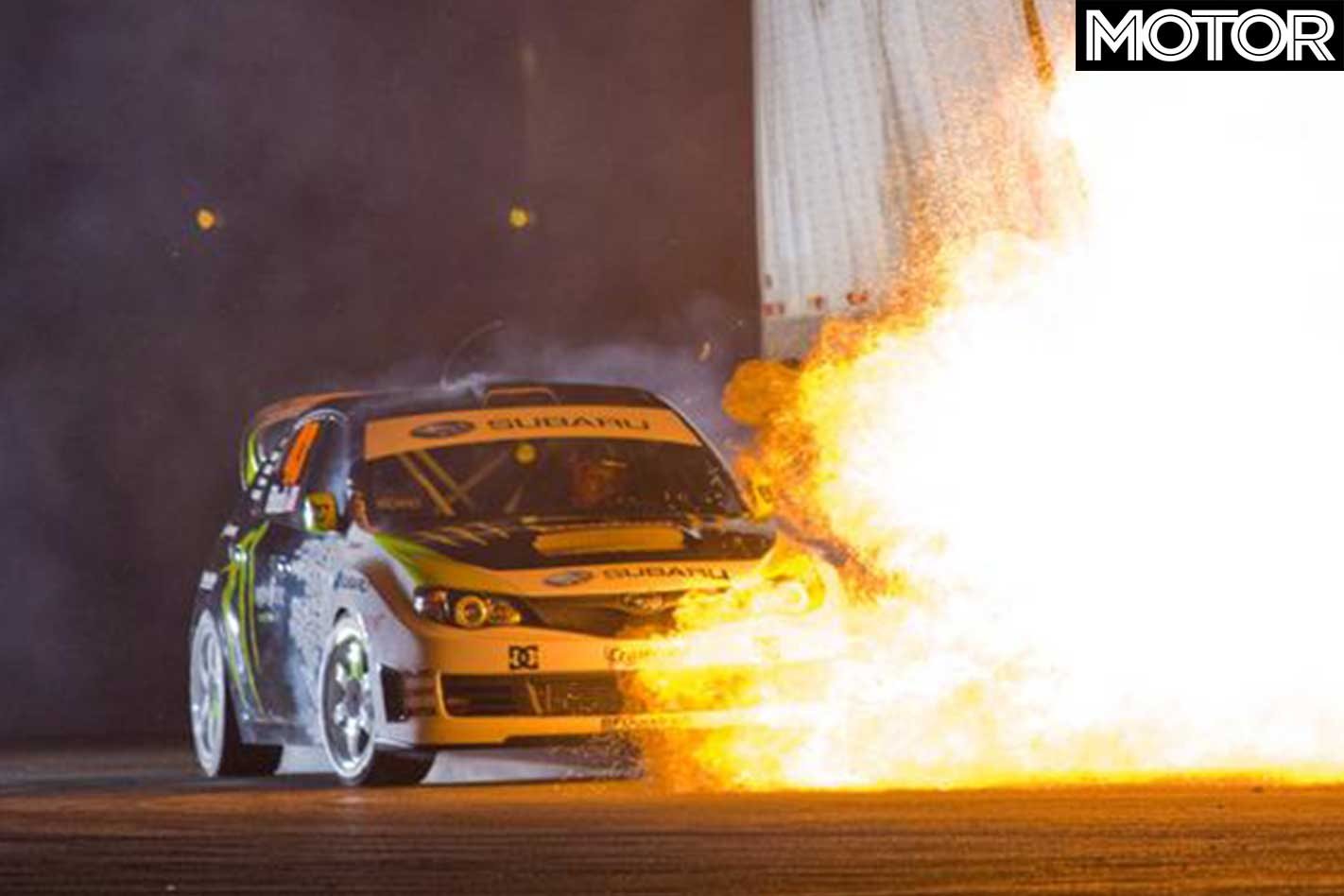 You know it’s a wild list when a monster WRX STI is at the bottom of the list. No disrespect to the tyre-shredding STI hatch, it’s just that it’s quite ‘normal’ compared to the cars towards the top. 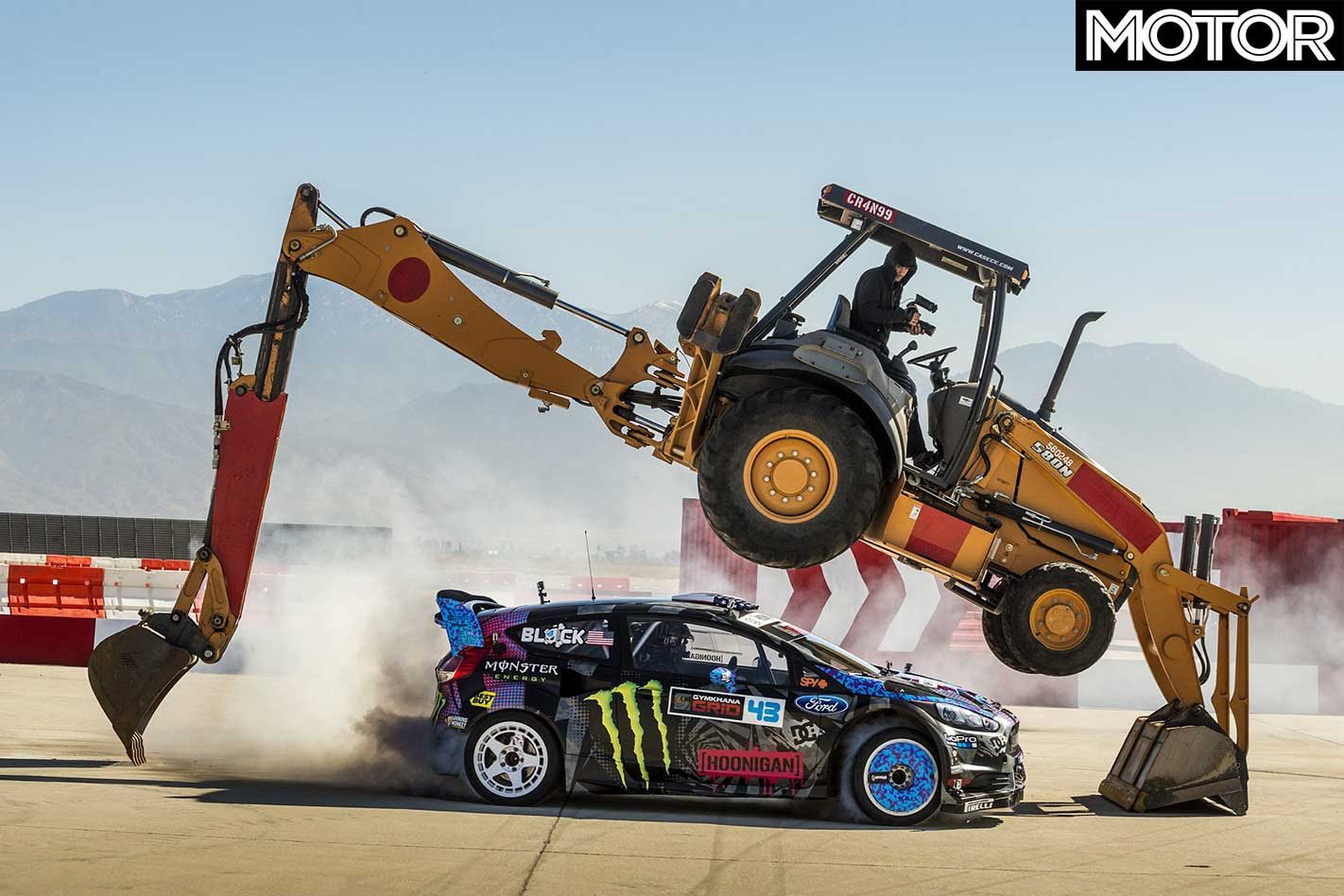 From the information given on the Hoonigan website, the RX43 is the quickest vehicle on this list, catapulting to 60mph (97km/h) in less than two seconds (though not all cars have quoted figures). It’s in ninth as it’s essentially a more powerful version of a more iconic car further up. 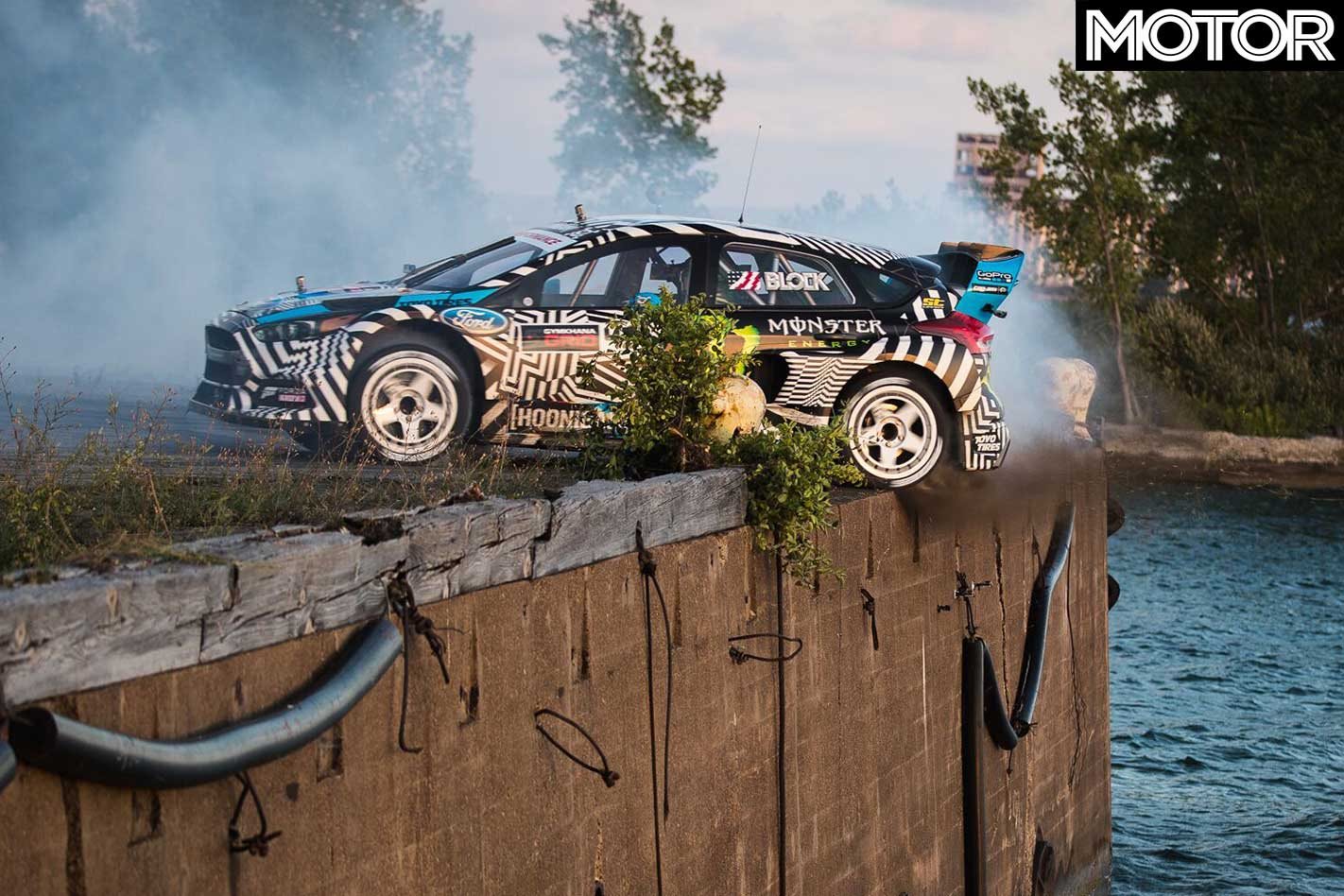 It turns out that Rallycross cars make great Gymkhana cars. Block’s weapon of choice for Gymkhana 9 was this high-tech Ford Focus built by M-Sport, the same folks who produce the Ford World Rally Cars. 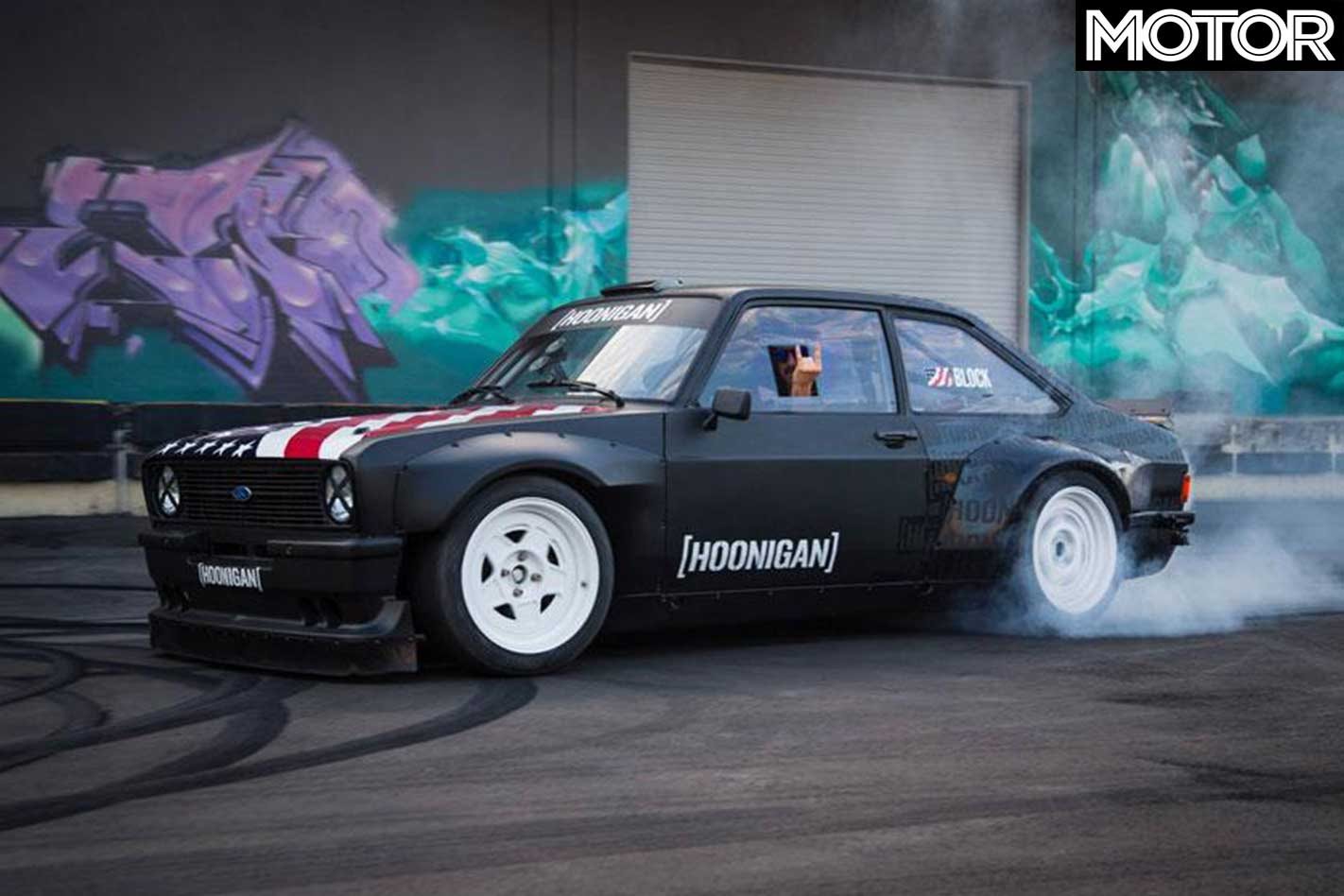 We’ve cheated a bit here, as Block’s amazing Escort hasn’t actually appeared in a Gymkhana video. But the wide-body rally hero is so cool and such a work of art that it deserves inclusion, though its lack of starring role leaves it at seventh. 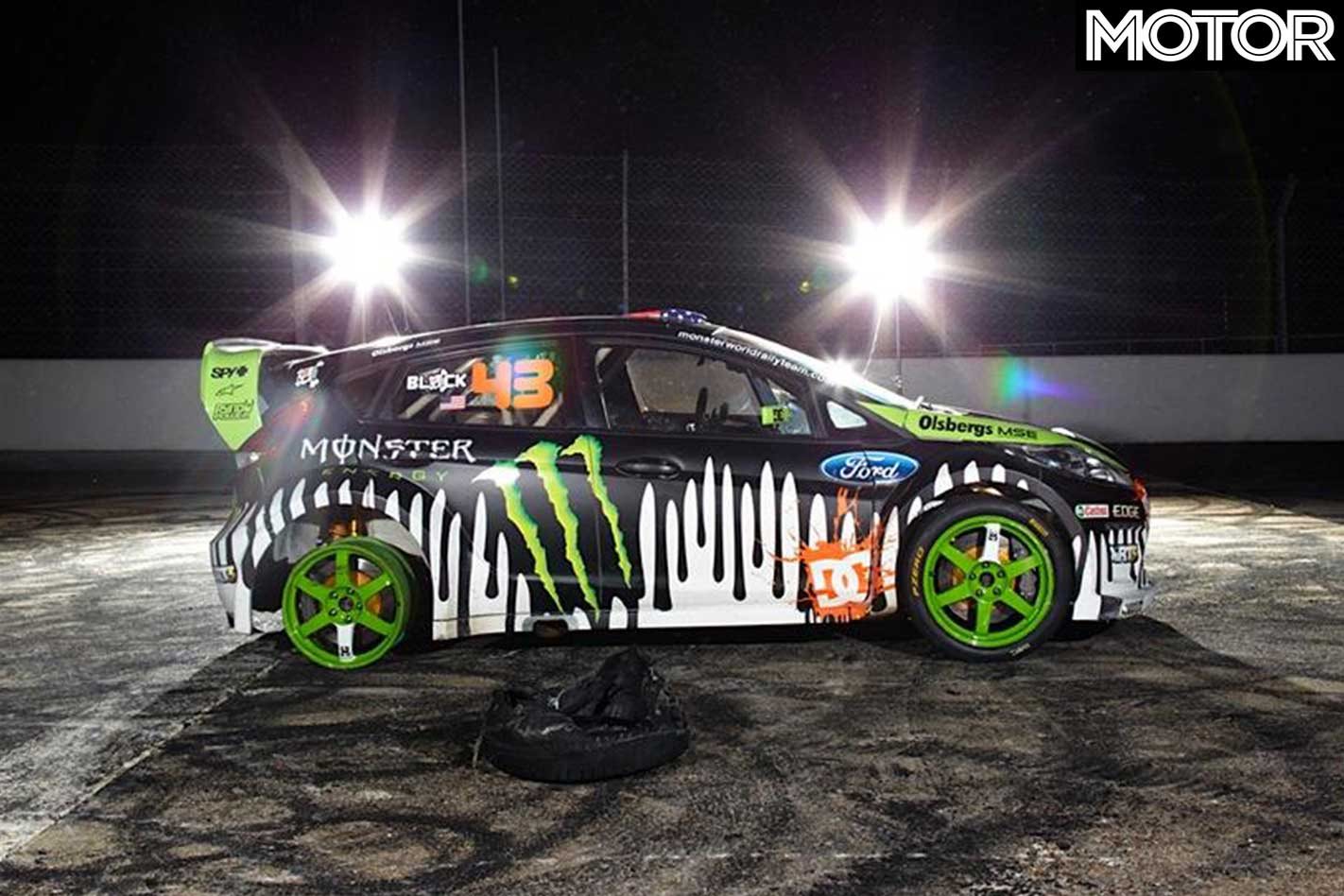 For Gymkhana 3 Block began his incredibly successful partnership with Ford, using a berserk Olsbergs-built Ford Fiesta Rallycross car to tear up the Autodrome de Linas-Montlhery in France. Who can forget the footage of it doing donuts with sparks cascading from the rear rims? And we got a passenger ride at Calder Park in 2011 during Block’s Gymkhana World Tour. 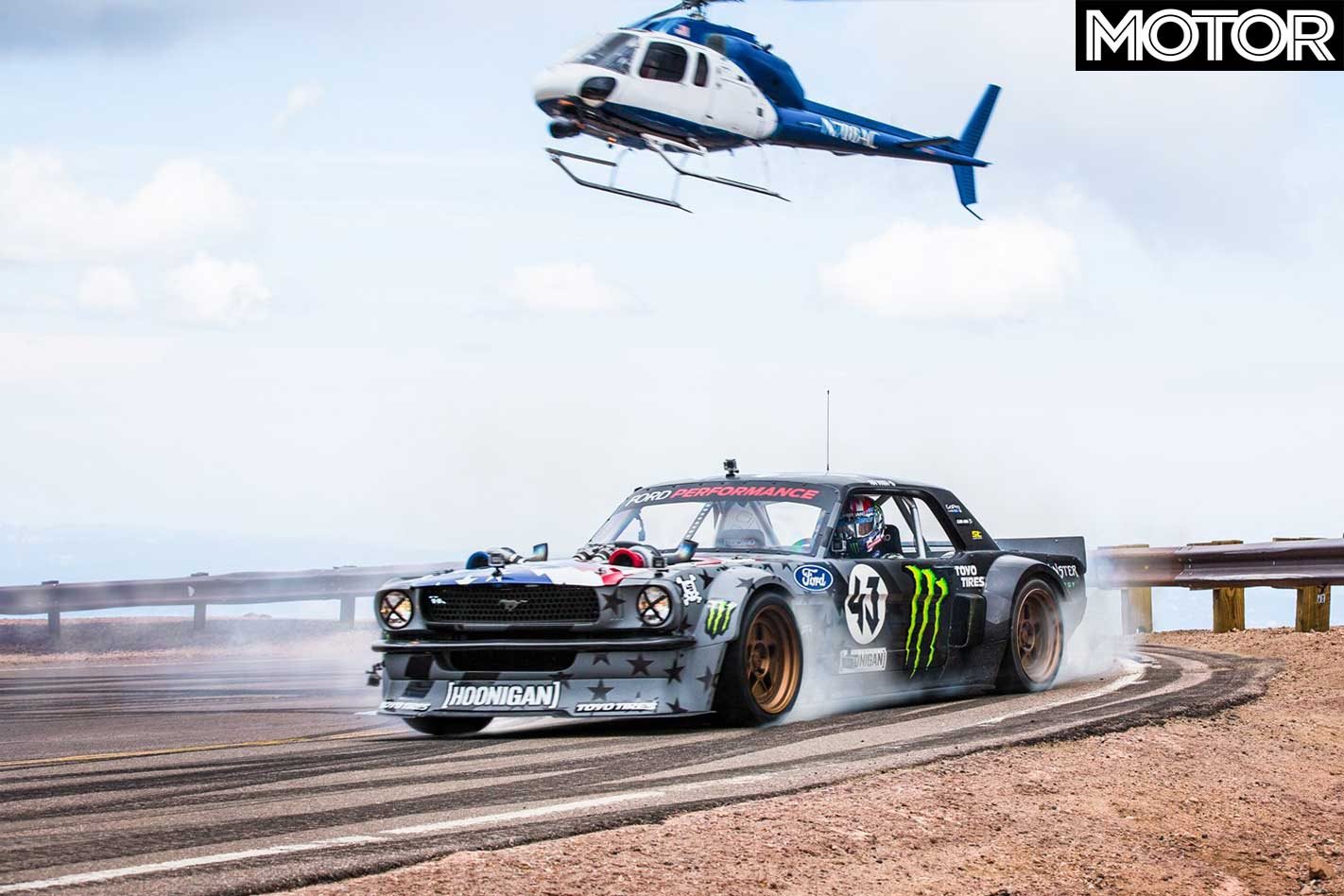 Is the wildest car on this list too far down? Perhaps, but the methanol burning, flame-spitting twin-turbo animal is an (insane) reimagining of the original Hoonicorn. Who else but Block would’ve thought that his Frankenstein’s monster needed boost? 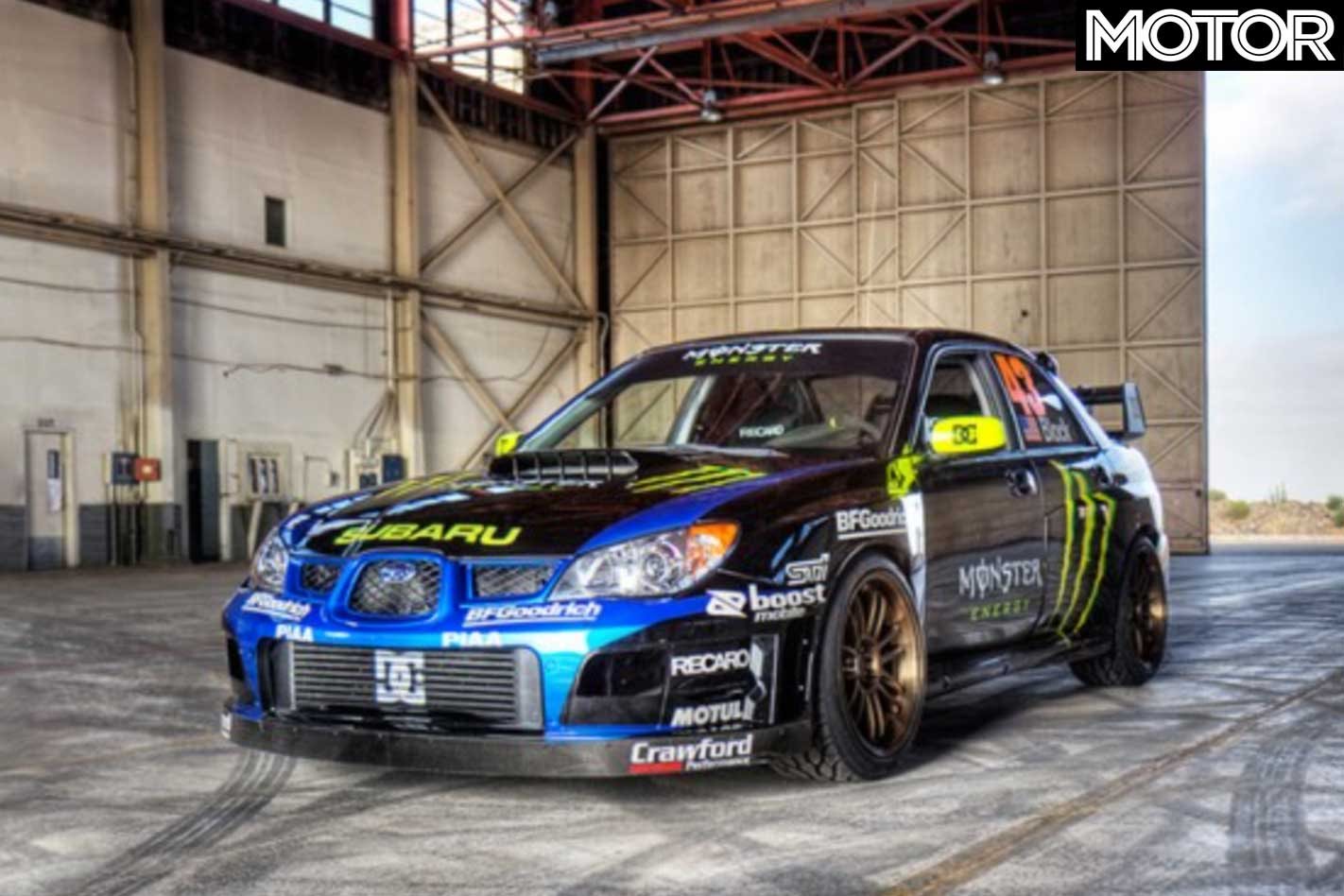 The car that started it all. Sure, it’s relatively sane compared to others on this list, but that initial high-speed drift, smoke pouring off all four 285/30 BFGoodrich tyres, is what began the Gymkhana craze and captivated millions of viewers around the world. 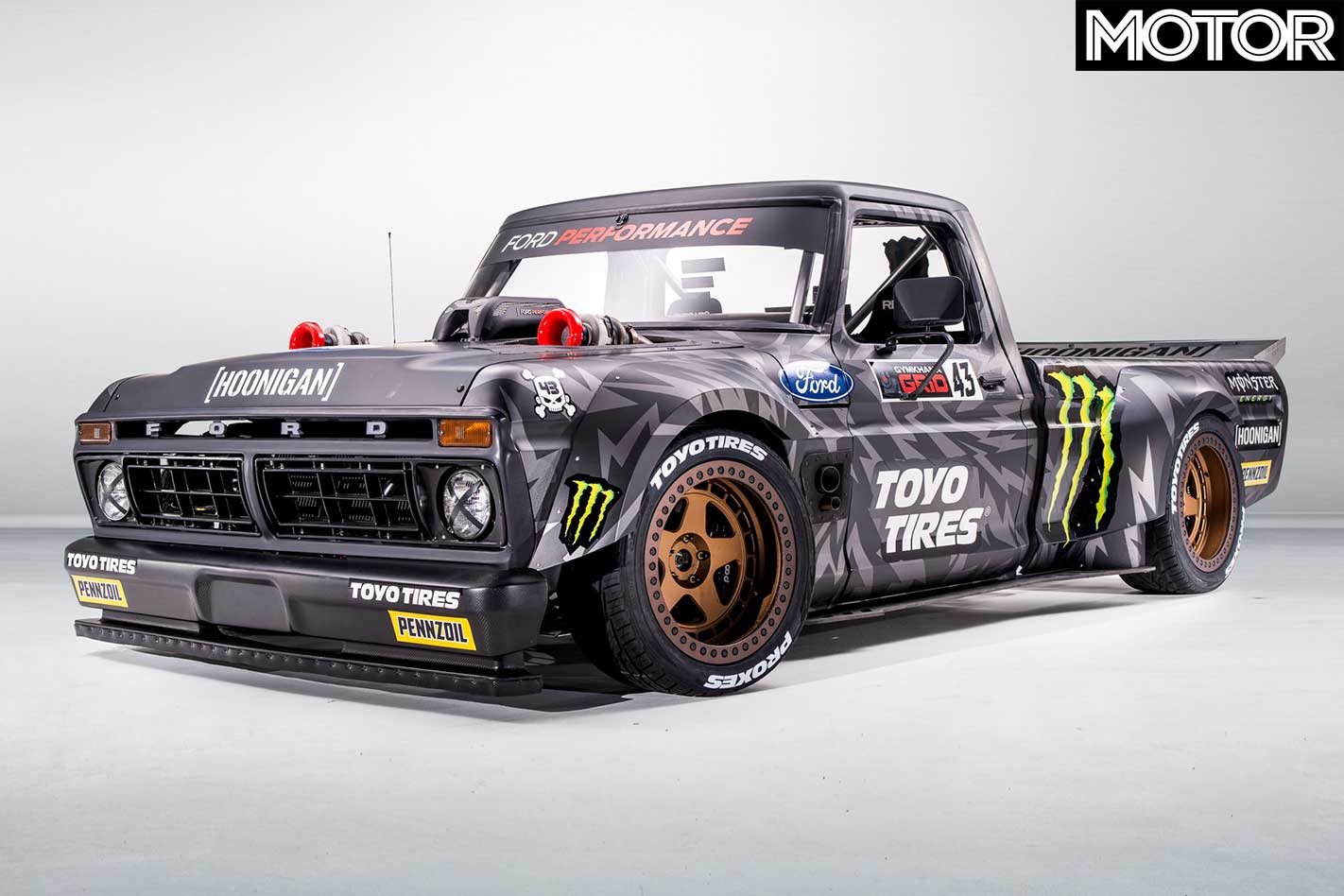 Block’s latest creation is his first V6, and what a V6. The 3.5-litre twin-turbo bent-six is lifted from the Ford GT race car with the restrictors removed. Plugged into a tube-frame chassis and clothed in a 1977 F150 body it’s a new-age tyre-shredding machine. 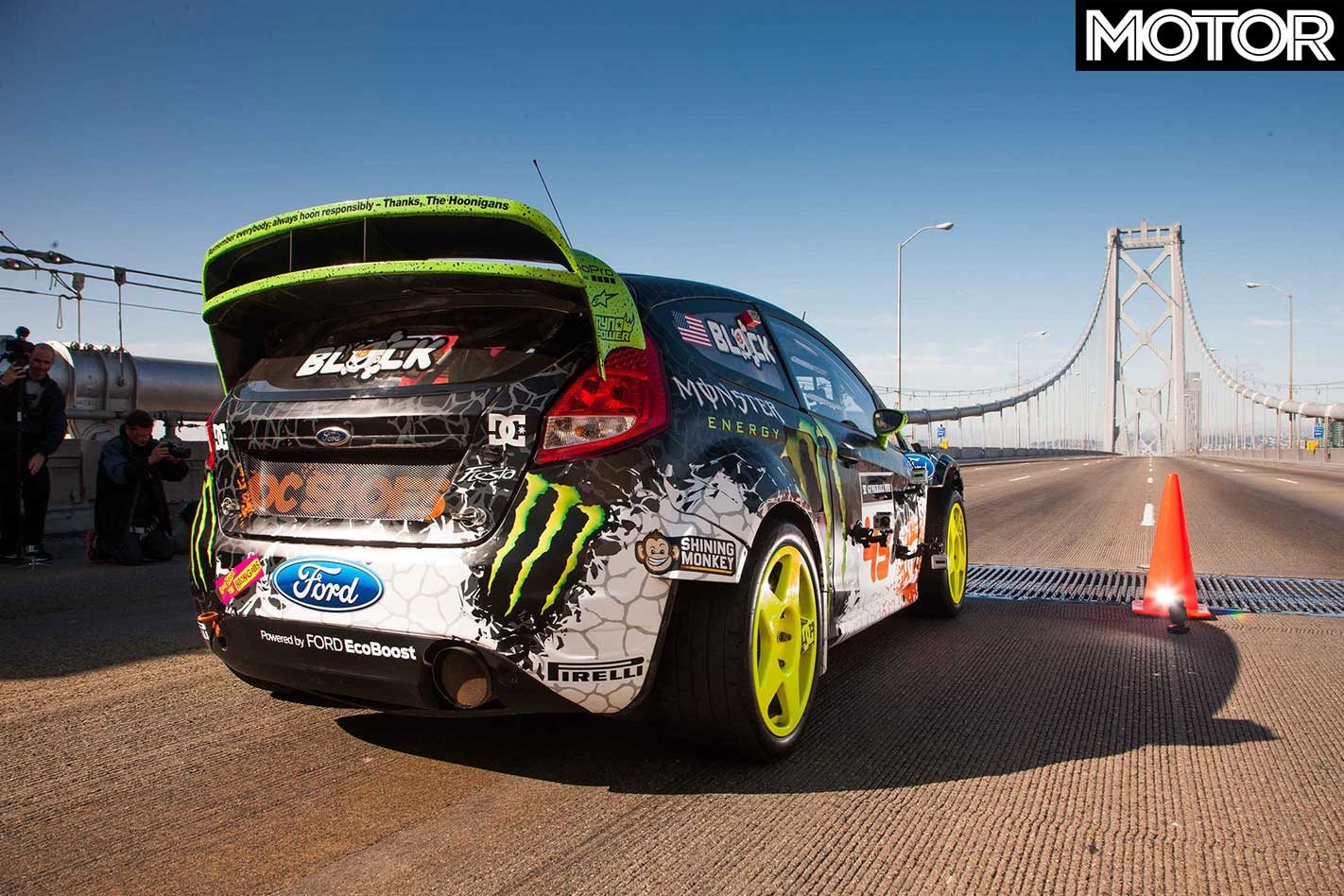 By Gymkhana 4 the series was gathering serious momentum as a global phenomenon but it was Gymkhana 5 that launched Block onto public roads, making it a much larger production. Both films starred the Hybrid Function Hoon Vehicle, the car was that more synonymous with Block than any other until… 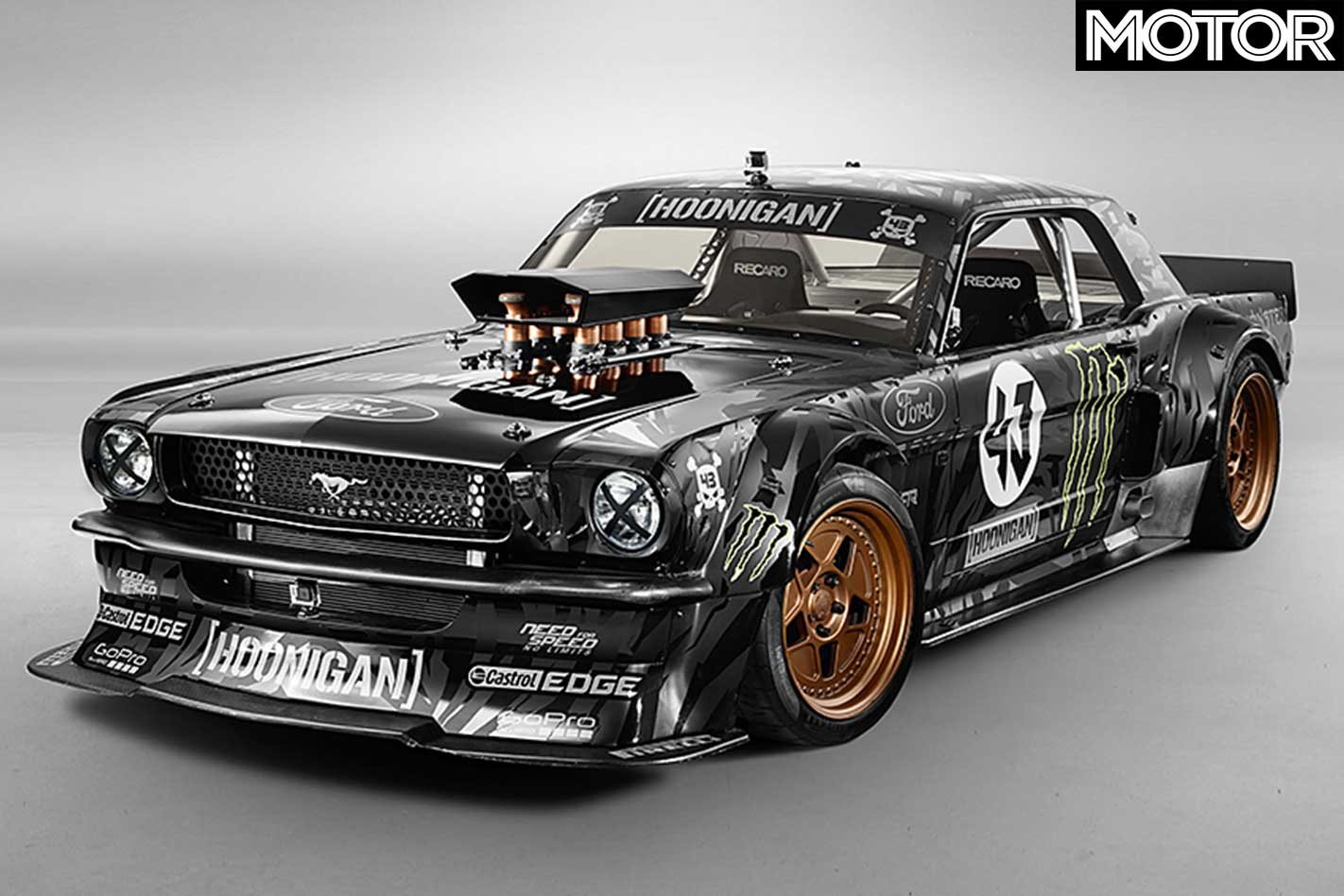 The Hoonicorn. After six films many were wondering if the best was behind Block and the Hoonigan team, but the opening of Gymkhana 7, with the custom-built all-wheel drive Ford Mustang straining at its chains, dispelled any such doubts. Iconic landmarks, ambitious stunts, brilliant production and a screaming Roush V8 echoing through the streets of Los Angeles makes 7 arguably the apex of the Gymkhana series – so far.