Look out BMW, Kia will launch a sleek, four-door sports coupe in Australia next year, priced from $40K

KIA will launch a rear-wheel drive, BMW 3 Series-fighting sports sedan in Australia next year, powered by a twin-turbo V6 engine and priced from $40,000.

The model will also feature engineering input from former BMW bigwig Albert Biermann, who headed up the German company’s M Division before being poached to Korea. 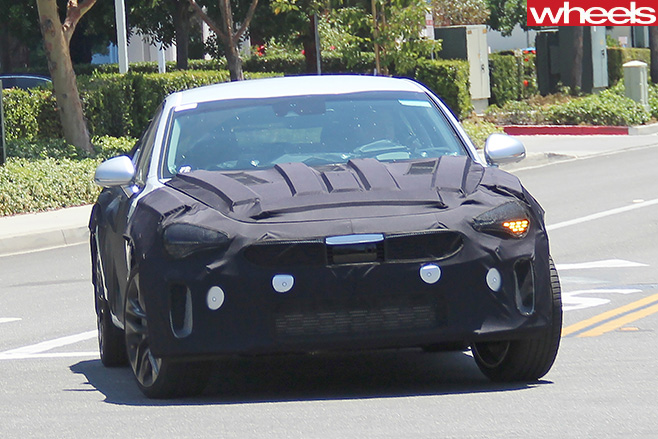 A Hyundai version of the same car will follow, likely to be called G70 and sold under the Genesis brand, but Wheels understands Kia is getting first rights to the all-new platform that will underpin both models.

Kia Australia is eager to run a two-tier range of the new four-door sports sedan, with pricing expected to start at around $40,000. 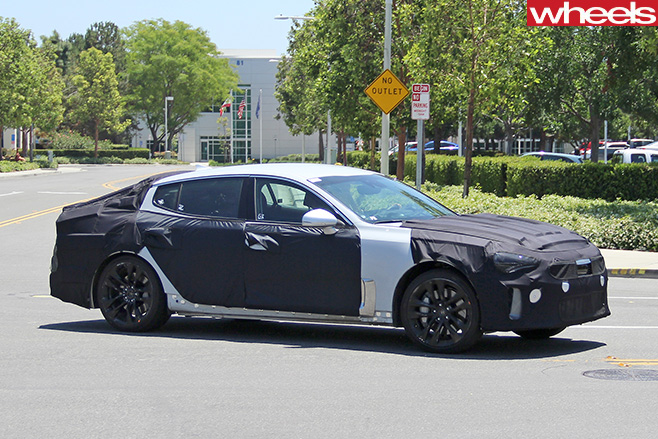 A more powerful, performance-focused version will headline the range and is tipped to cost $50,000 and be powered by Kia’s 3.3-litre twin-turbo V6.

“Engines are yet to be decided, but our strategy shows those two entry points are where we need to be,” said Kia’s chief operating officer Damien Meredith. “We’ll get one in around the $40K mark and one around the $50K mark.” 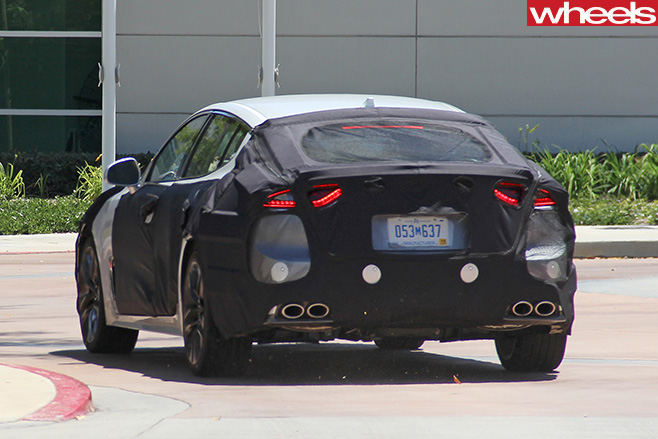 While company insiders confirmed to Wheels that the new model could arrive as early as mid-2017, Meredith says an early 2018 launch is more likely.

“We’ll probably launch in the second half of next year, it makes sense for us to launch cars at the Australia Open,” Meredith said. “If it comes earlier then we’ll launch, but I think for a vehicle like that it’d be great to launch it at the 2018 Australian Open, it’d get a fair bit of traction there.” 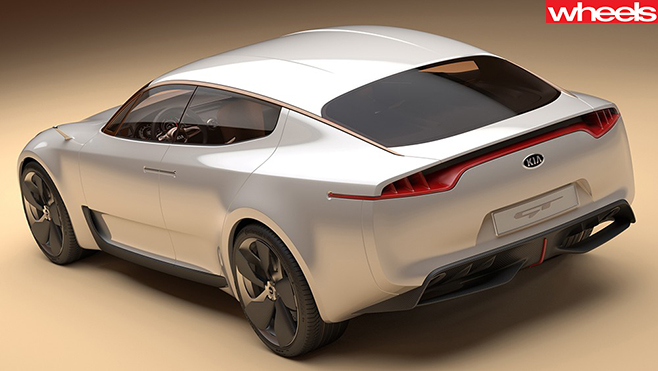 Meredith has seen early clay models of the new car, and says its design draws inspiration from the four-door GT concept (pictured above), and the sleeker, sportier GT4 Stinger (pictured below).

“I’ve been fortunate enough to see it and I think an amalgam of the two is closer to the design cues,” he said.  “It’s very exciting.” 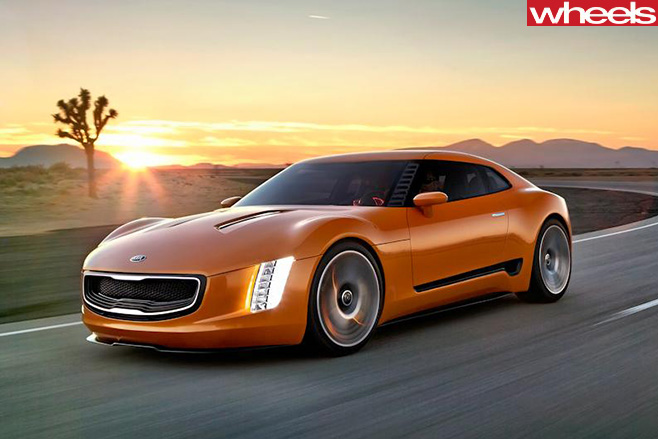 The new rear-driven model could become an affordable, smaller alternative to the soon-to-die Falcon and Commodore. Performance should be on par with the outgoing sedans, and its expected price tag is squarely within the same bracket.