Is this the new A9? Audi’s not saying, but rumours are strong that this Prologue concept previews a range-topping coupe-limo designed to take on Mercedes’ S-Class Coupe.

Whether or not that is true, elements of the Prologue’s design will appear on future Audis, with Head of Design, Marc Lichte, stating the concept offers “A foretaste of the future of Audi.”

Bar its lower height, the Prologue’s dimensions – length, width, wheelbase – are virtually identical to the current A8, and the car’s new design language will likely debut on the new-generation A8, due next year.

The enormous grille dominates the front of the car and is both wider and set lower than on current production models. Matrix laser headlights, technology first seen on the R8 LMX, sit to each side.

At the rear, slimline taillights sit below an LED strip that runs the entire width of the car. Unusually, the rear window is framed within a ‘flying buttress’ type arrangement reminiscent of the Jaguar XJ-S.

Under the new skin, though, things get really juicy. Propelling this uber-coupe is Audi’s now familiar 4.0-litre twin-turbo V8 producing 445kW/700Nm in this application, with overboost allowing 750Nm for 15 seconds at a time.

The latest generation adaptive air suspension will be tasked with keeping that weight under control through a new five-link suspension setup front and rear. All-wheel steering also makes its first appearance on an Audi product, with the rear wheels able to steer at angles of up to five degrees.

The high-tech showcase continues in the interior. Audi has created an instrument display that runs the entire length of the dash, split into three individual touch screens.

Audi claims its intelligent software program, dubbed ‘the butler’ is able to automatically adjust the seats and climate control by identifying the passengers through their smartphones.

It can then make recommendations for music and navigation based on the driver’s preferences. It all sounds a bit 2001: A Space Odyssey for our tastes.

The depth of detail suggests that Audi has greater plans for the Prologue than mere motor show eye candy, but even if it fails to appear, the design and technology contained within should appear with the next A8. 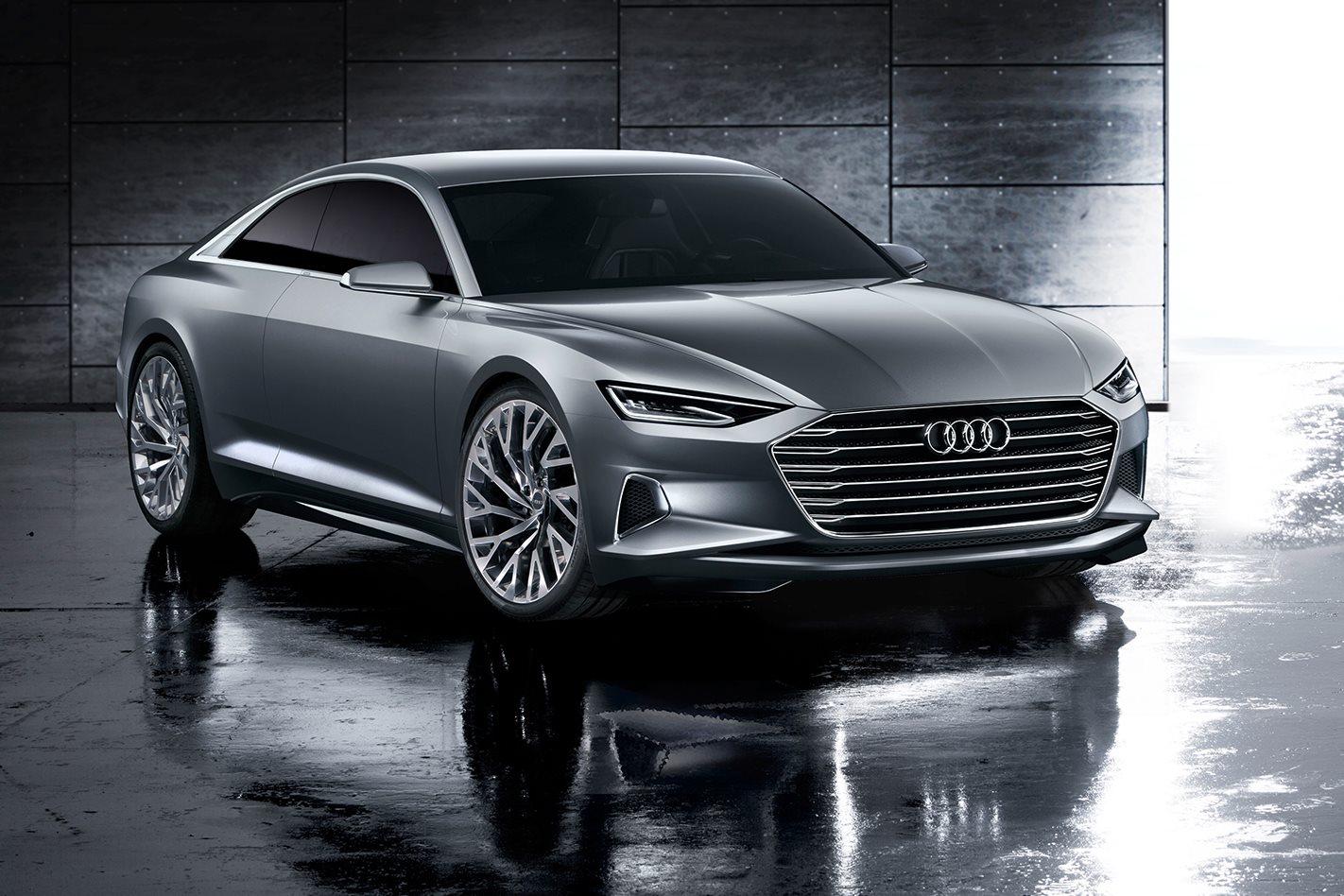 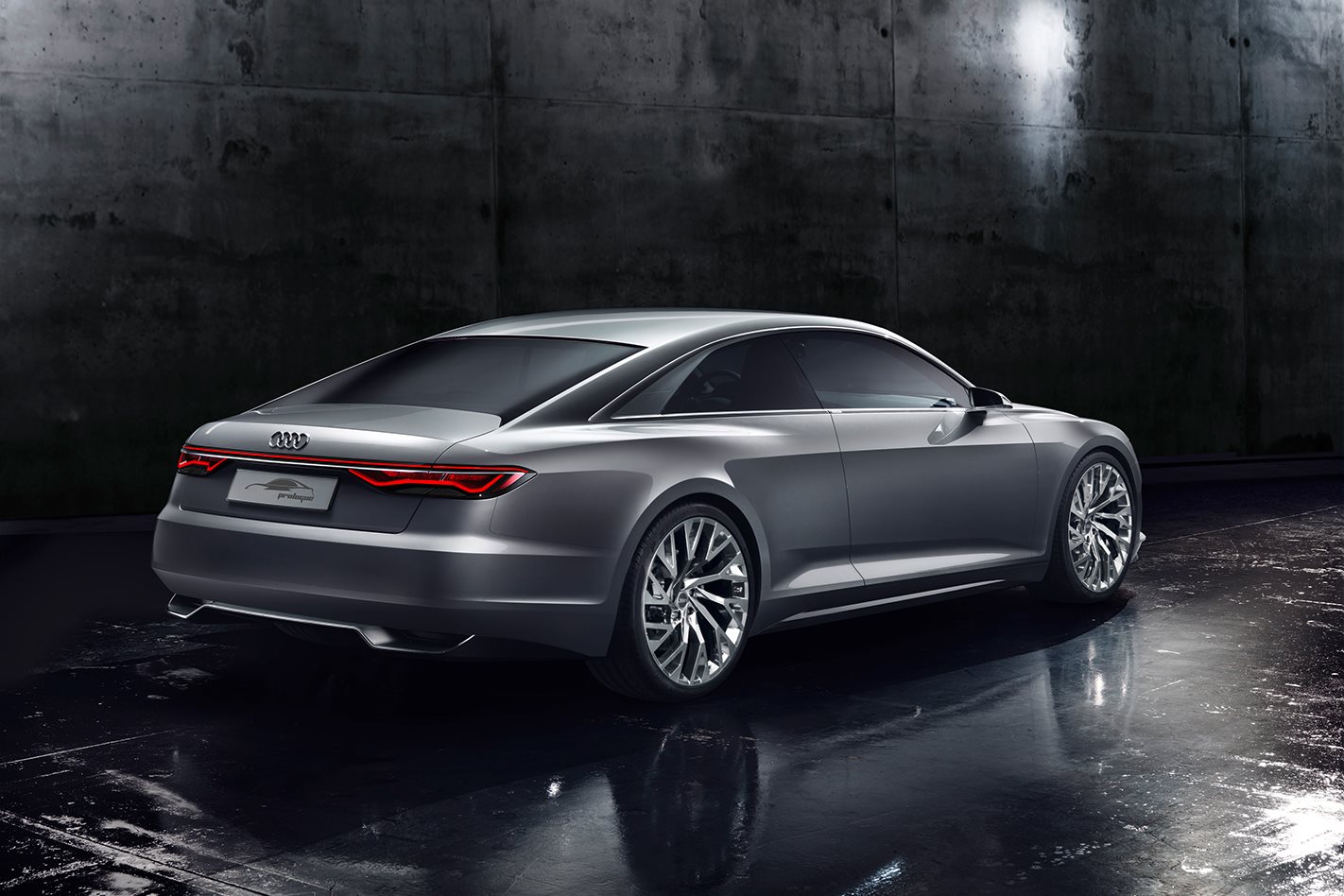 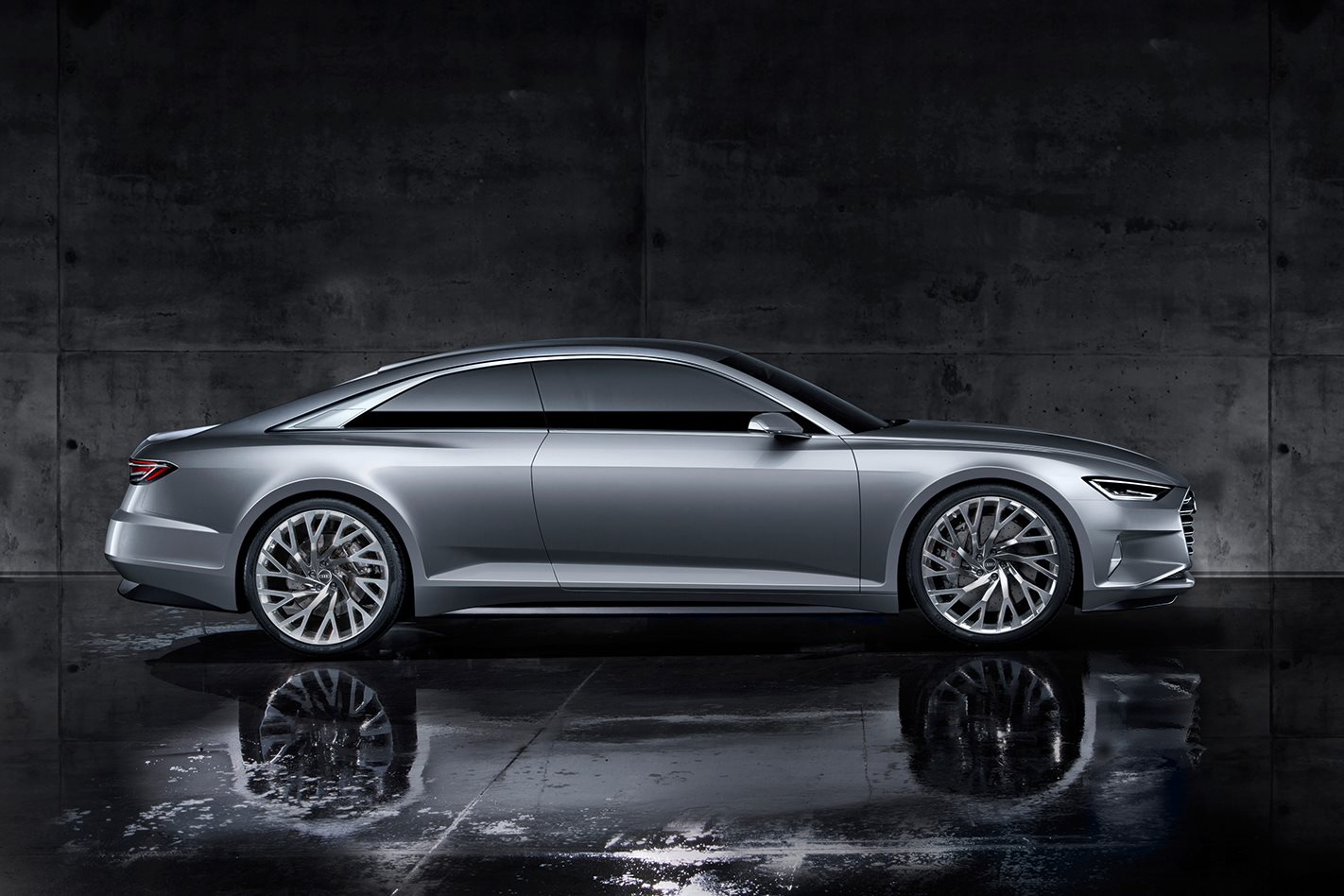 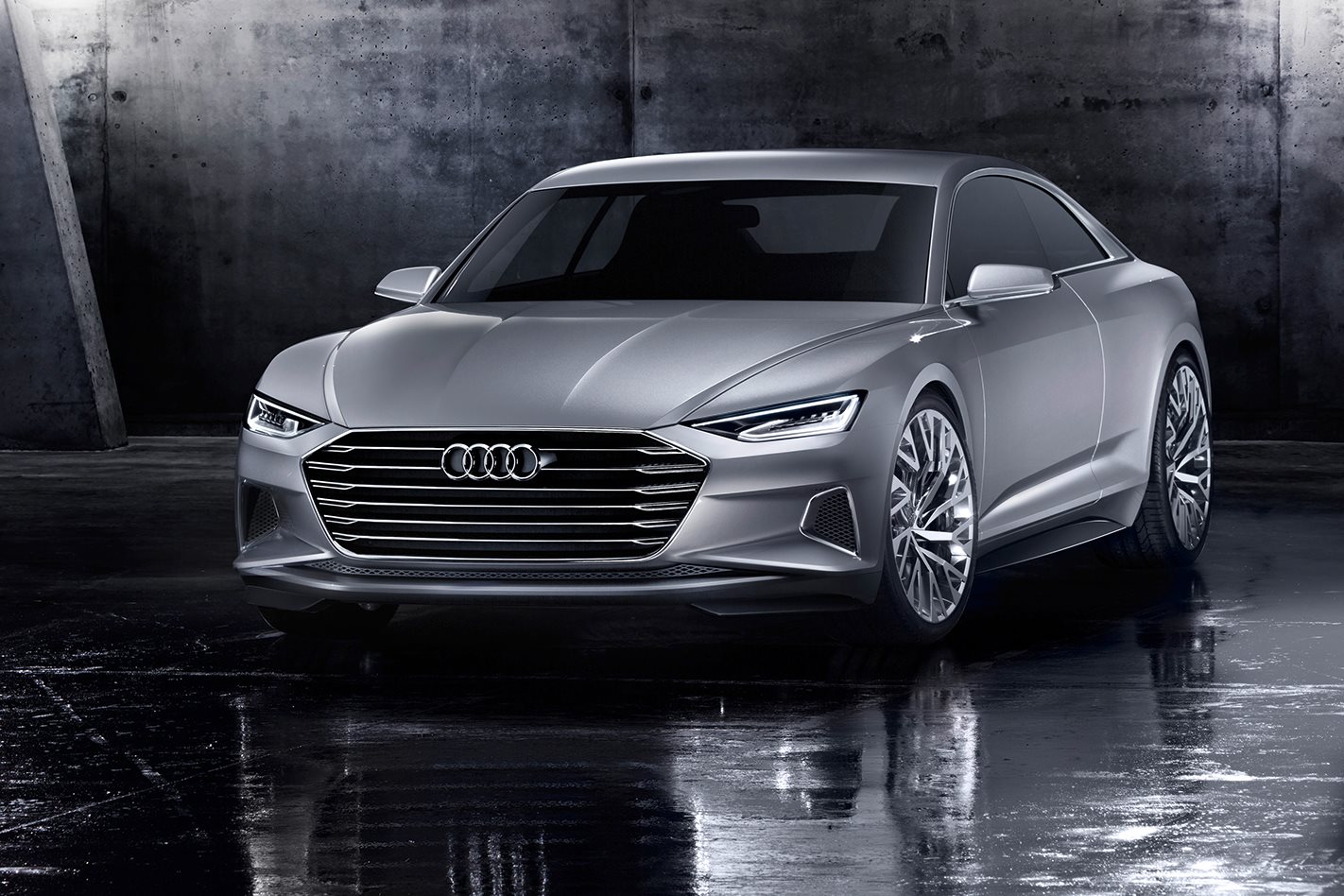 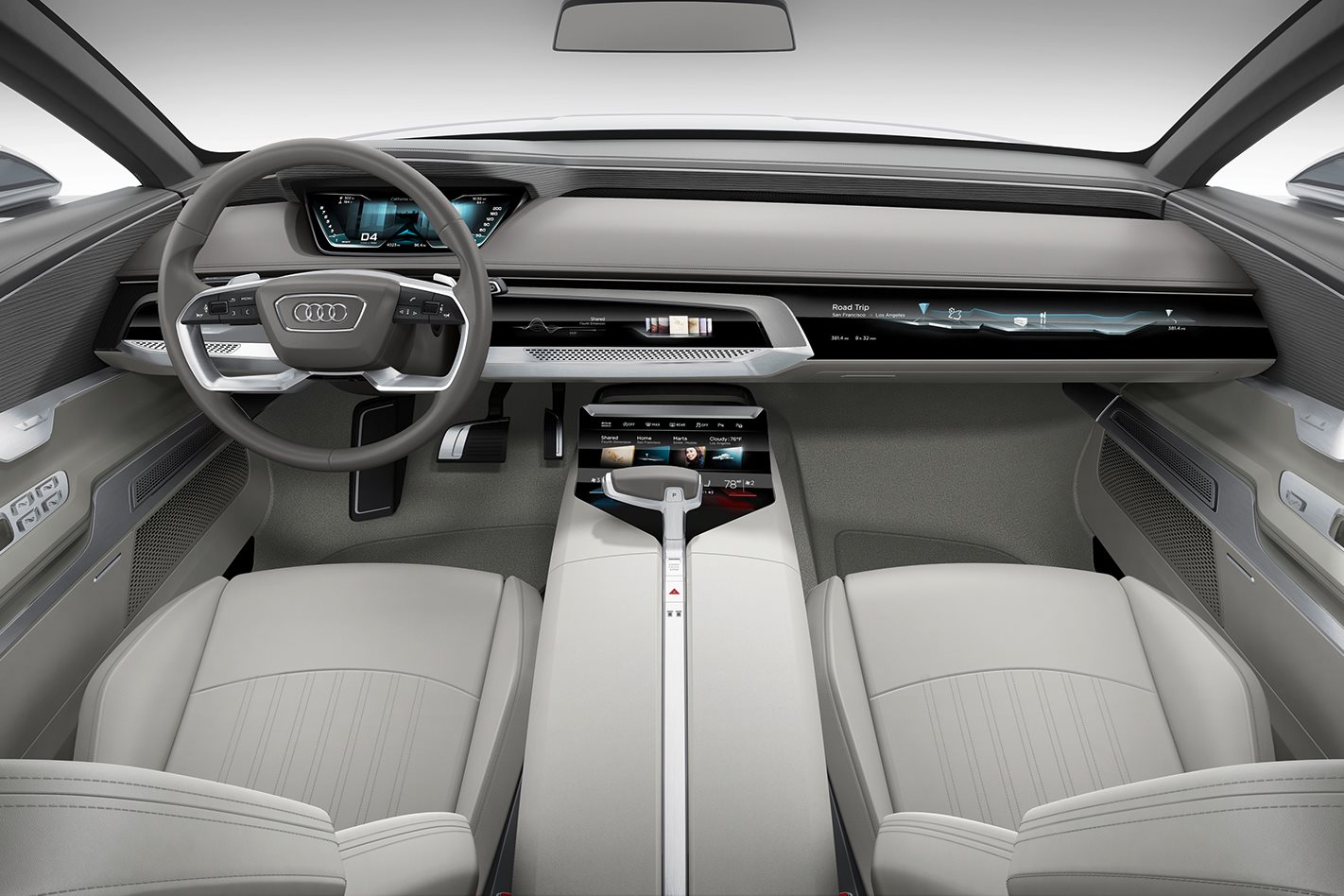