The LA motor show’s first reveal is also likely to be its most opulent.

Bentley has pulled the covers of the Grand Convertible, essentially a new-generation Azure.

Based on the enormous Mulsanne limousine, the Grand Convertible is currently a concept, designed to gauge customer reaction and demand before committing to full production.

“We are eagerly awaiting the response of our customers to this car,” says Bentley Chairman and CEO, Wolfgang Durheimer. “We will ensure that this car – if it reaches the roads – will be a highly exclusive, extremely limited collector’s piece.”

Given the world’s high-net-worth individuals are currently falling over themselves to obtain mega-dollar, ultra-exclusive exotica, we’d say a production version is a formality.

Underneath that long, liquid-metal bonnet is Bentley’s familiar 6.75-litre (six-and-three-quarters in Bentley-speak) twin-turbo V8 producing 395kW and a thumping 1100Nm.

The rest of the body is painted in Sequin Blue, so named as the hue was originally lifted from a single sequin from a customer’s gown.

This dizzying attention to detail carries over into the interior, with Sequin Blue stitching contrasting with the naturally tanned hides of 14 cows, merged together in a progressive diamond pattern.

Topping off this stately parlour on wheels is a tonneau made from Burr Walnut, the largest piece of wood veneer ever fitted to a Bentley, if that sort of thing matters to you.

While nothing weighing as much as this could ever be called a driver’s car, Bentleys do have a way of getting under your skin as incredibly desirable pieces of automotive craftsmanship, and the new Grand Convertible isn’t likely to change that in a hurry. 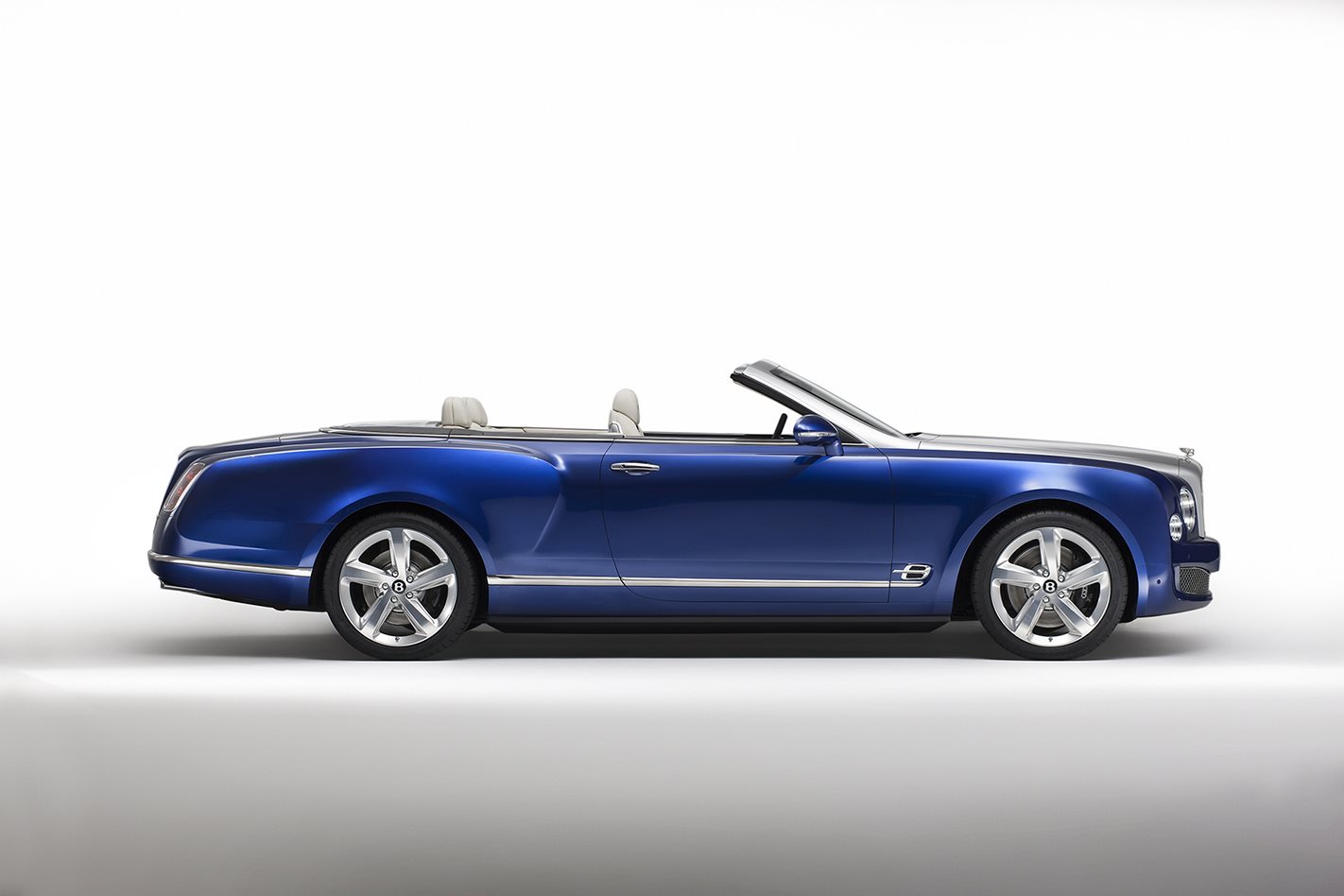 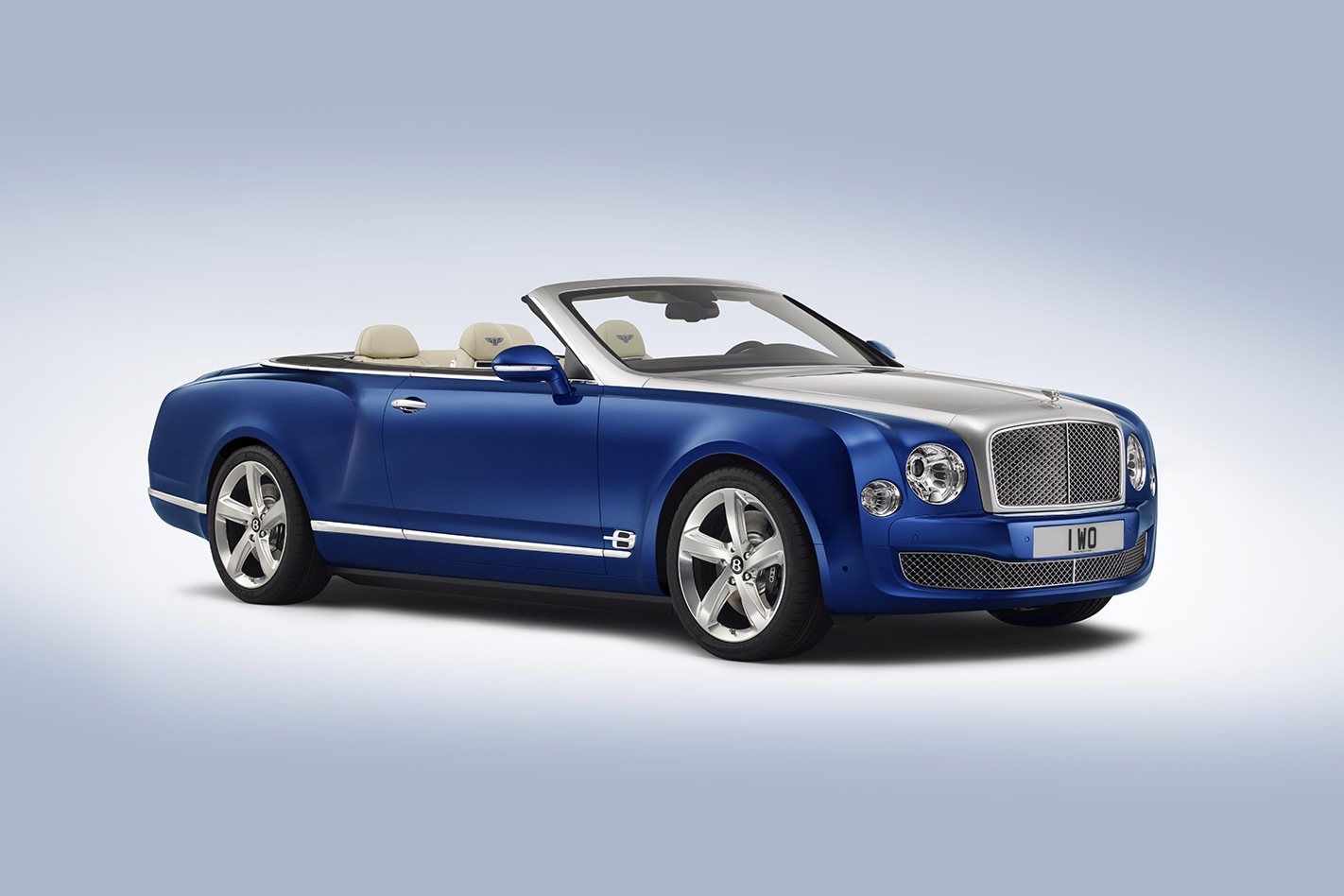 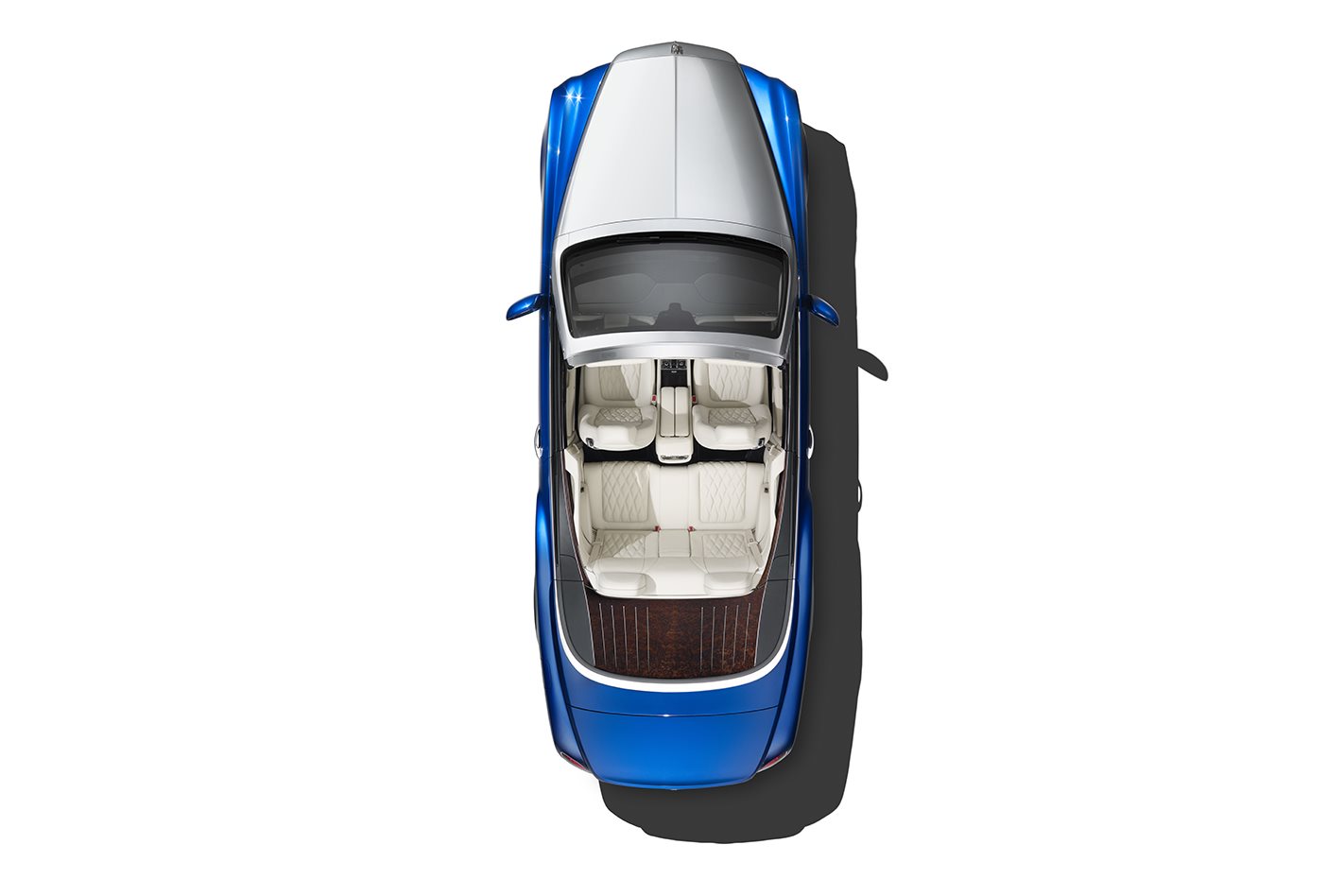 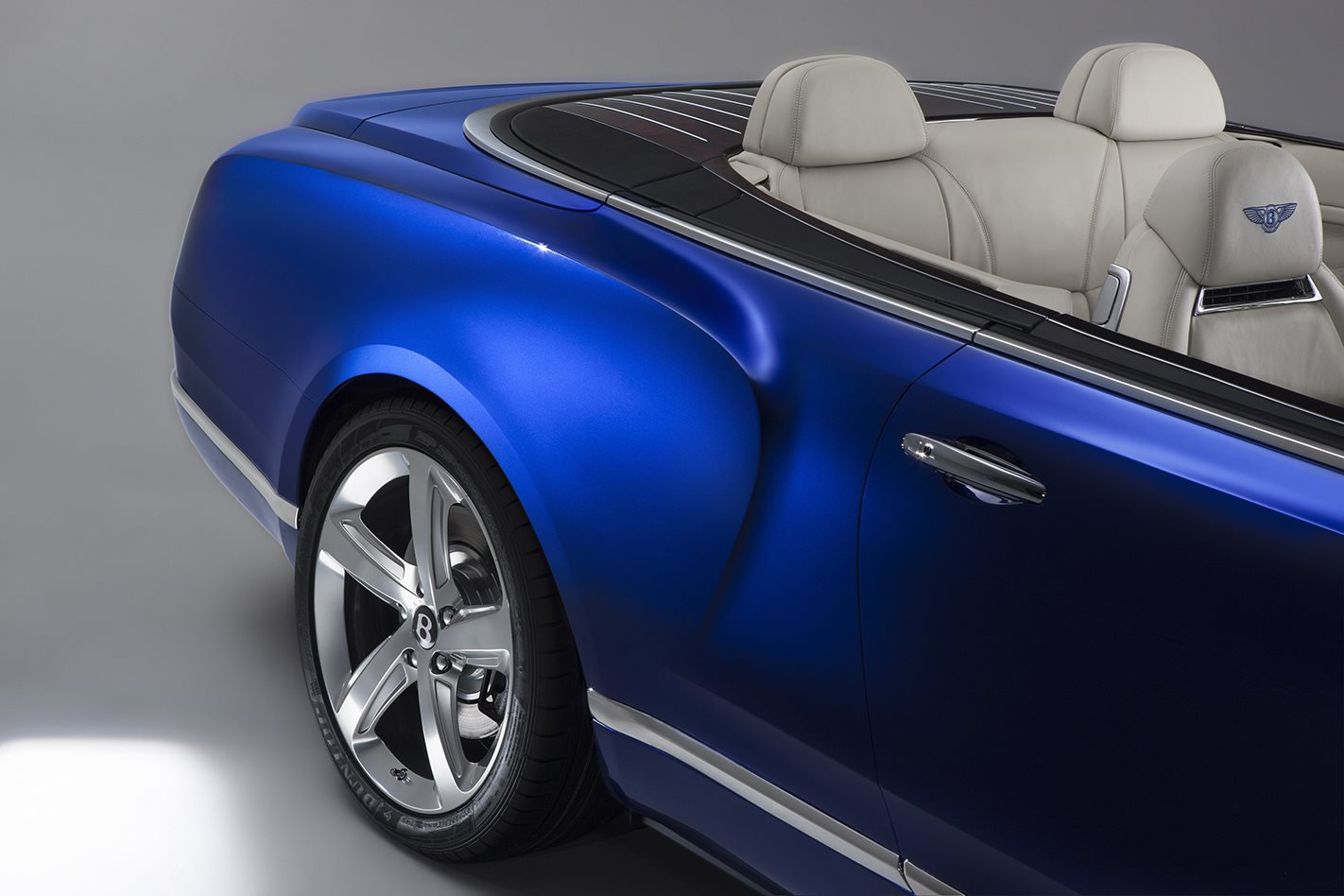 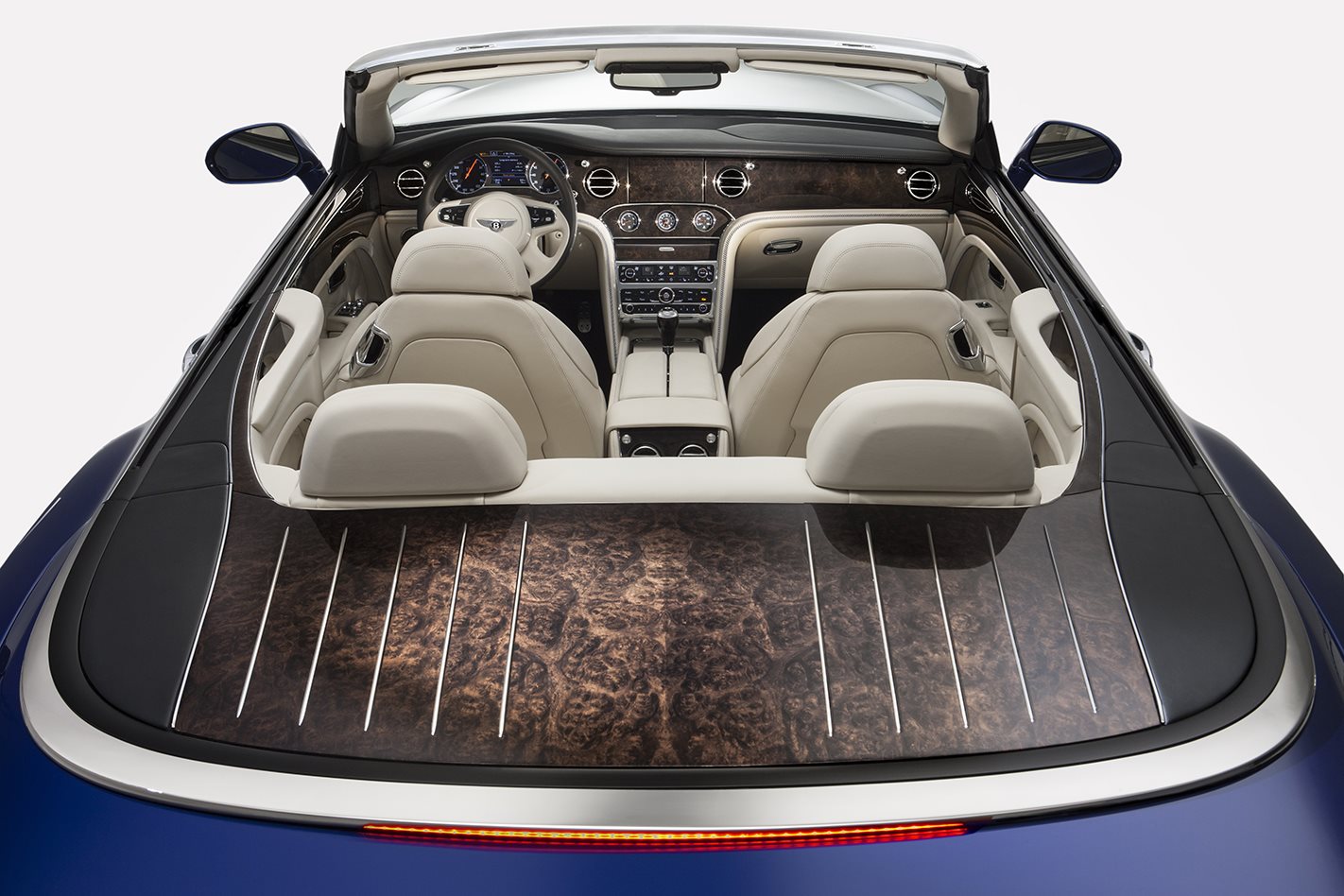