A high-output twin-turbo V6, BMW 3-series proportions, rear-drive and aspiring luxury are attributes of Cadillac’s newest addition to its high-performance V series, the ATS-V, which might have Munich worried.

Cadillac had its muscled up ATS on display for all to fear at the 2014 LA Motor Show ahead of the V-branded sedan’s launch next year.

That V badge means the ATS receives a gamut of performance upgrades, plenty of which are found inside its 3.6-litre twin-turbo V6. Titanium has been used for the engine’s connecting rods and turbos’ exhaust propellers to help it muster 339kW and 603Nm, channelled rearward by a six-speed manual or eight-speed auto.

With such speed, Cadillac’s paid attention to its chassis to ensure it’ll corner as ferocious as it accelerates. So there’s more bracing throughout the ATS-V than a high-school kid’s smile, reaping a 25 per cent increase in structural stiffness, and adjustable magnetic dampers at each corner. Slowing things down are a set of Brembo grabbers married to 370mm discs at the front and 339mm discs at the rear.

Cadillac will build the ATS-V in both coupe and sedan body styles and offer an additional ‘Carbon Fiber’ pack which, you guessed it, swaps out various body items (rear spoiler, rear diffuser, front splitter and that huge hood vent) with carbon versions.

Track-goers can option a ‘Track’ package which adds a lightweight battery and performance data recorder to the previously mentioned carbon addenda.

Meanwhile the interior is promised to have ‘handcrafted cut-and-sew elements’ and feature 16-way-adjustable Recaros, so it’ll have the luxury to suit its mojo.

Its US price isn’t yet known, but expect the ATS-V sedan to aim for BMW M3’s $62,000 starting price. And expect to be jealous of the yanks when it’s revealed come March. 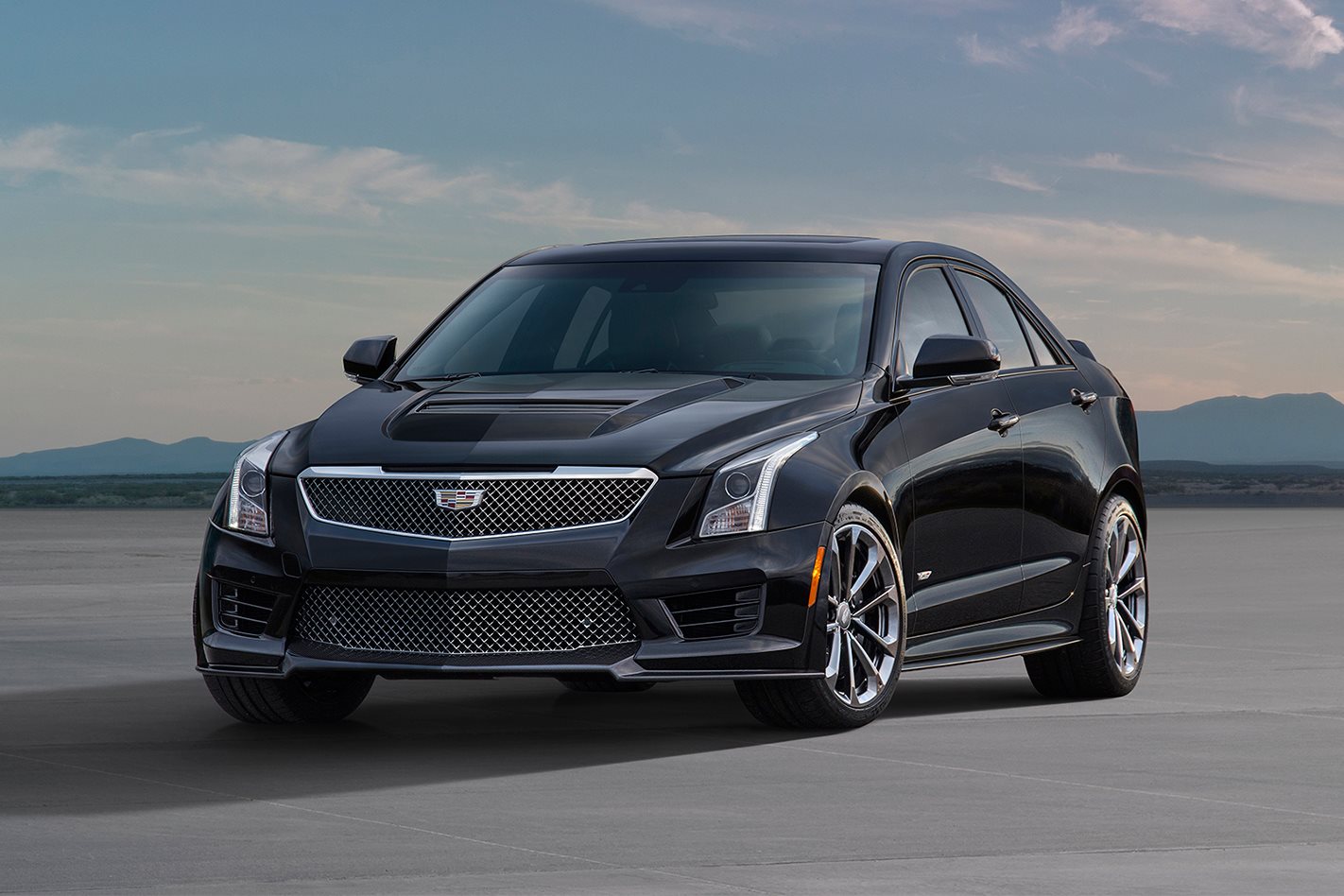 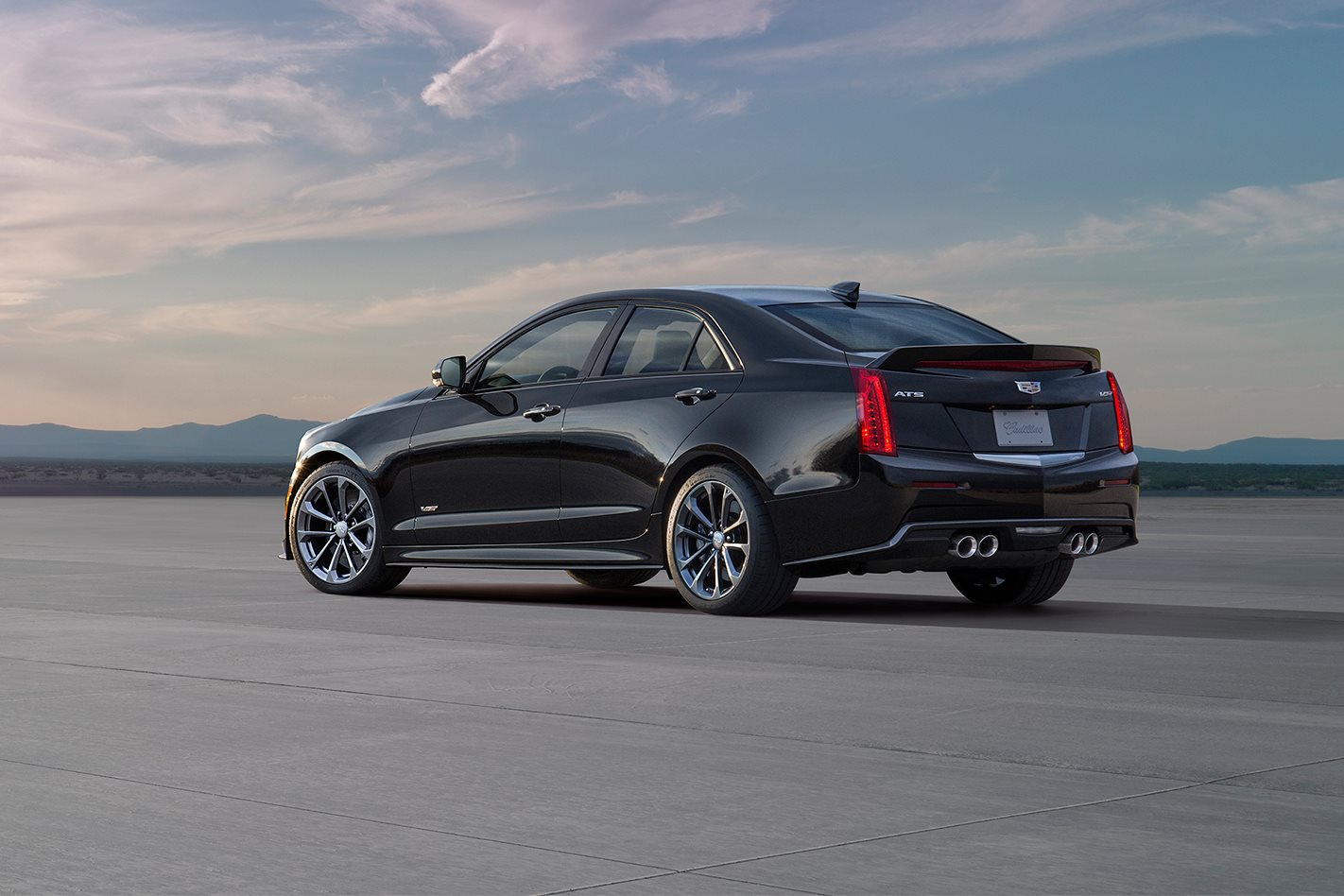 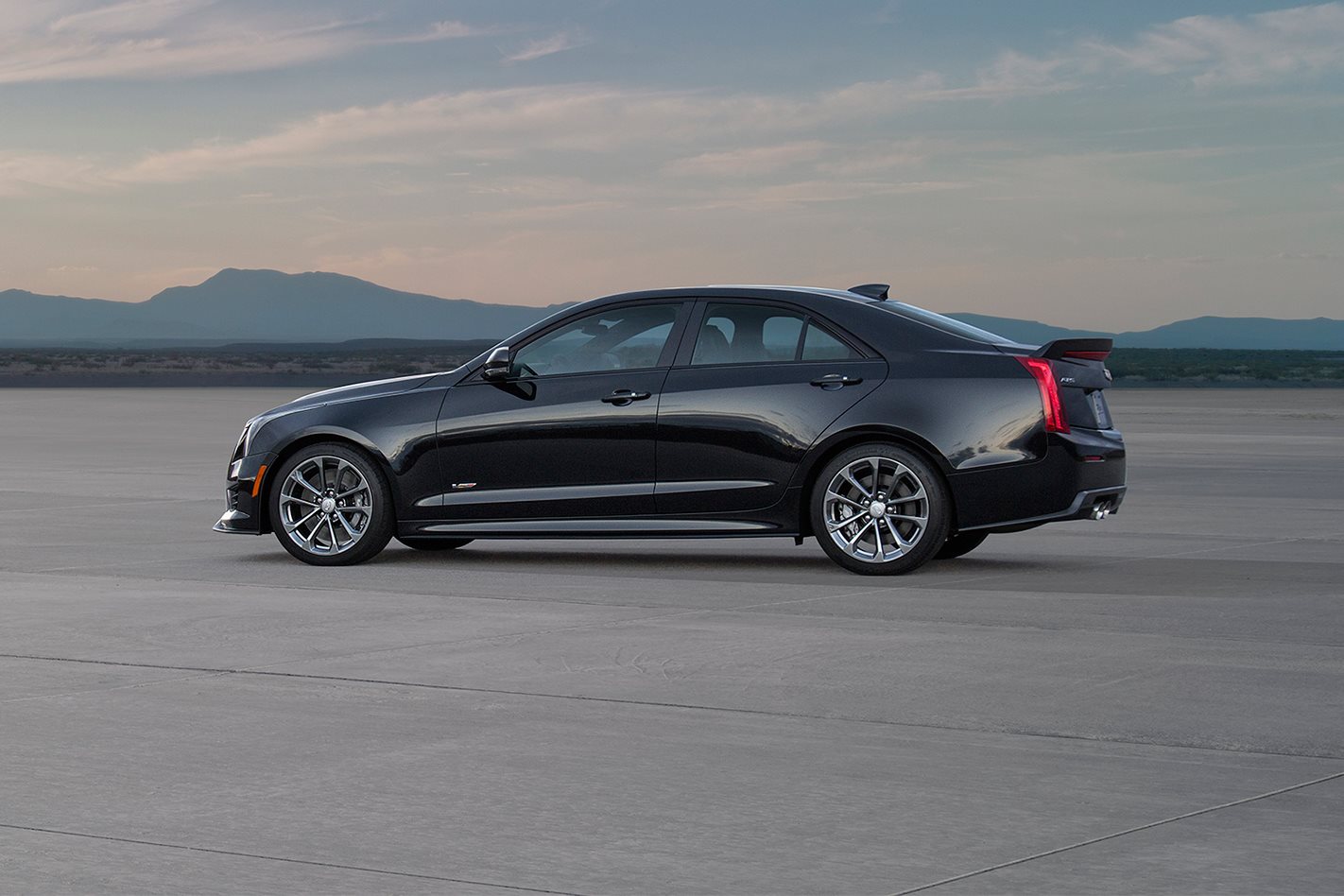 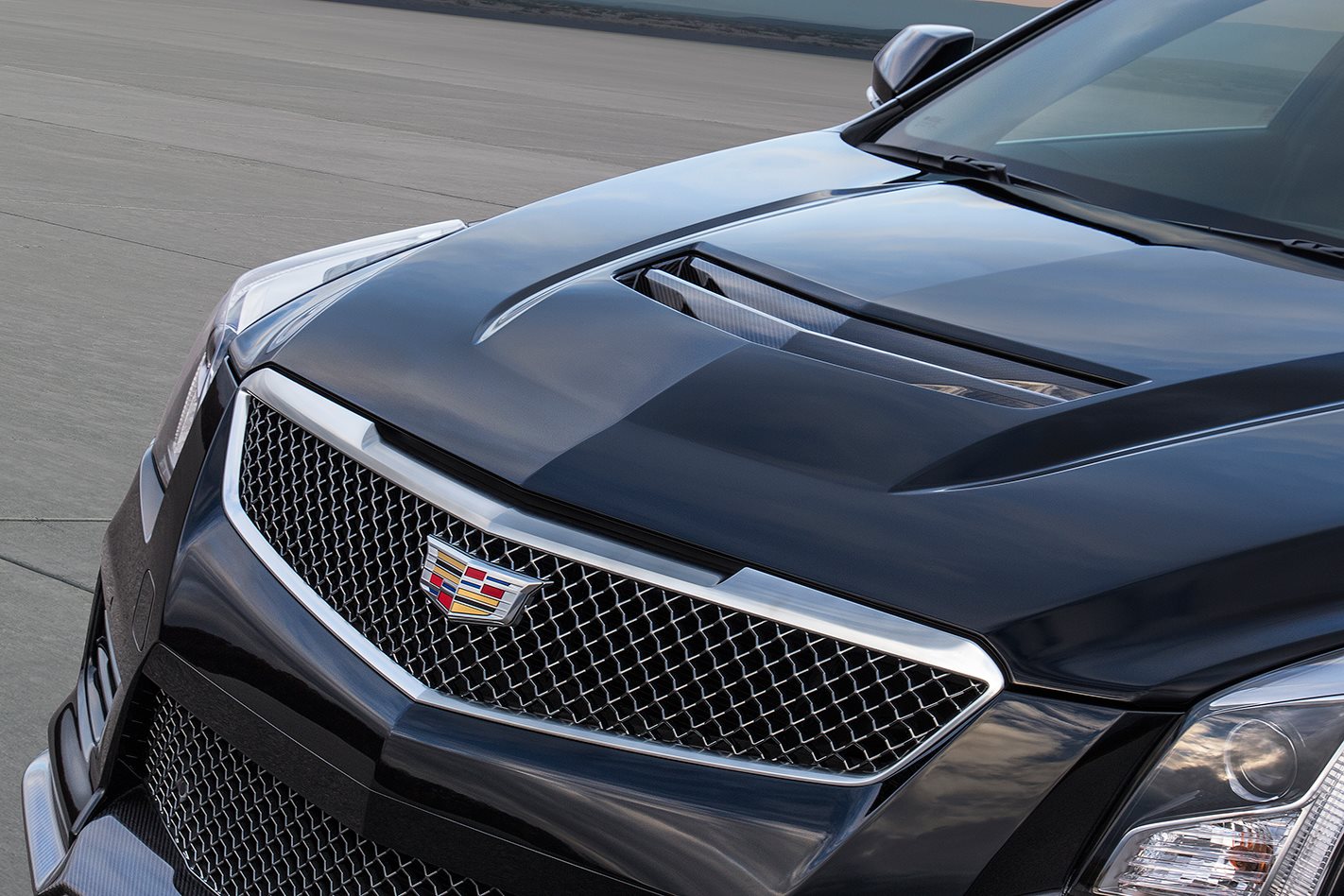 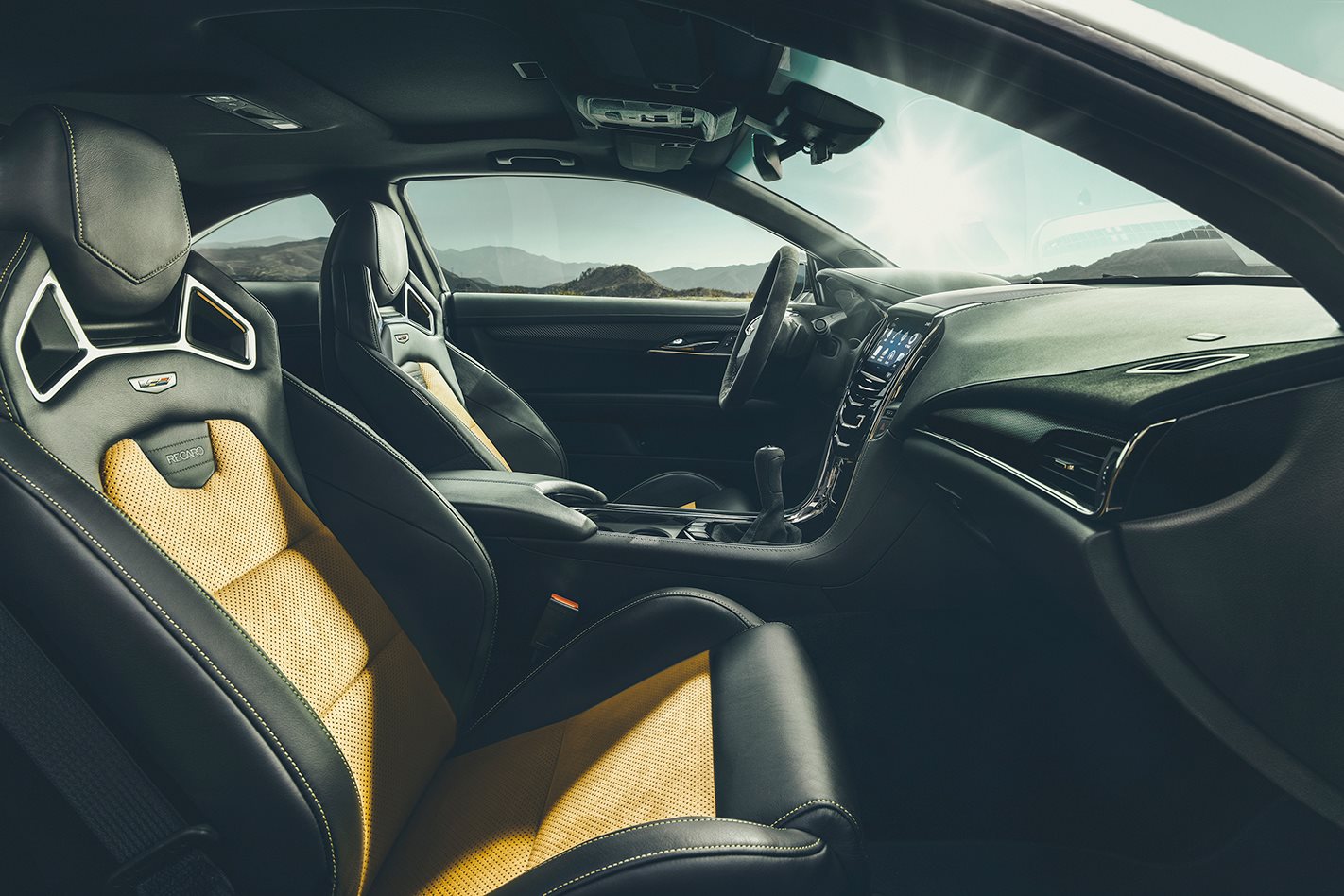 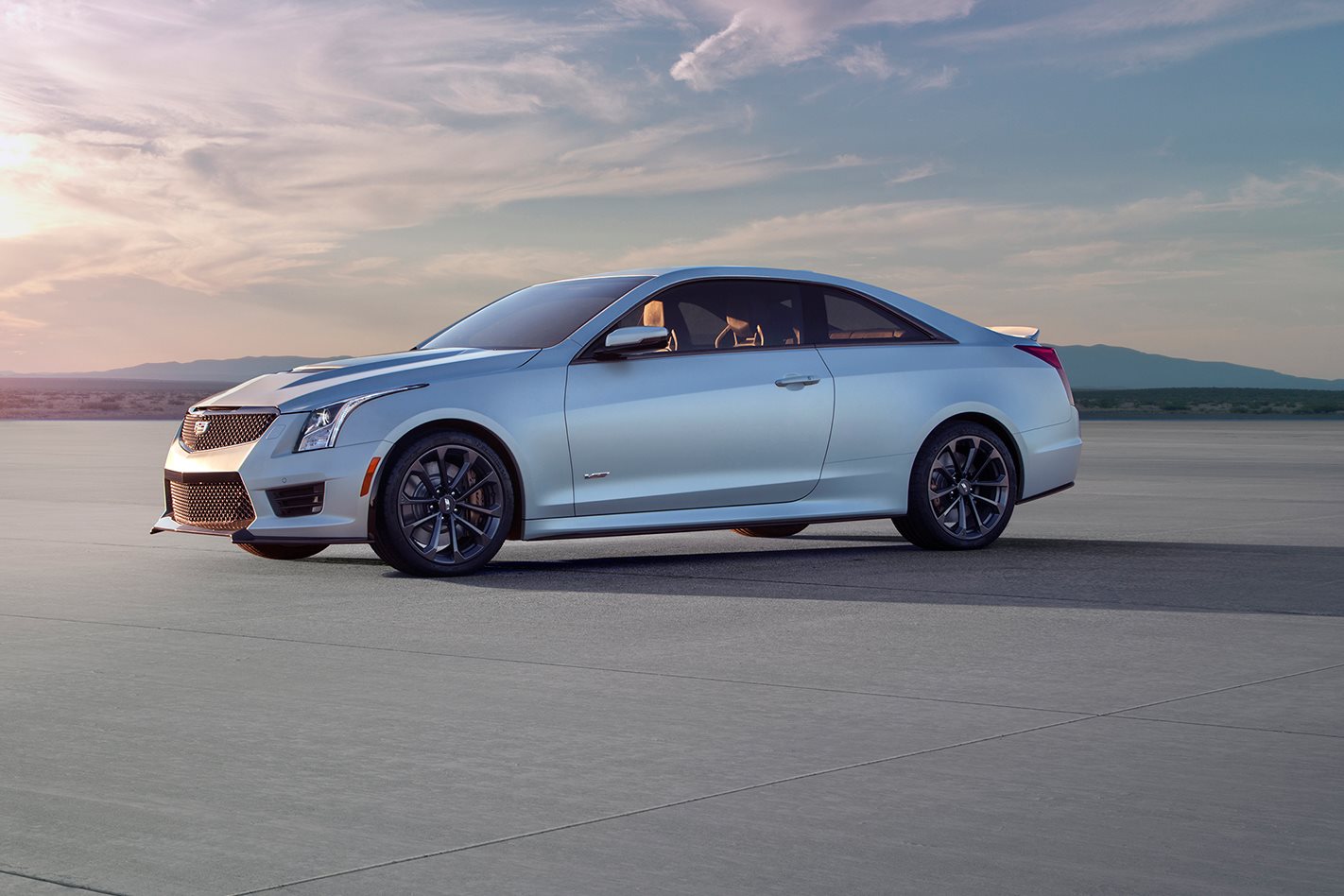