You do need money to buy it of course, and lots of it, what with a price of €2m plus taxes, which equates to around A$3m. However, all 20 examples have long been sold to Lamborghini's favoured clientele, so unless your order is already in, tough luck. 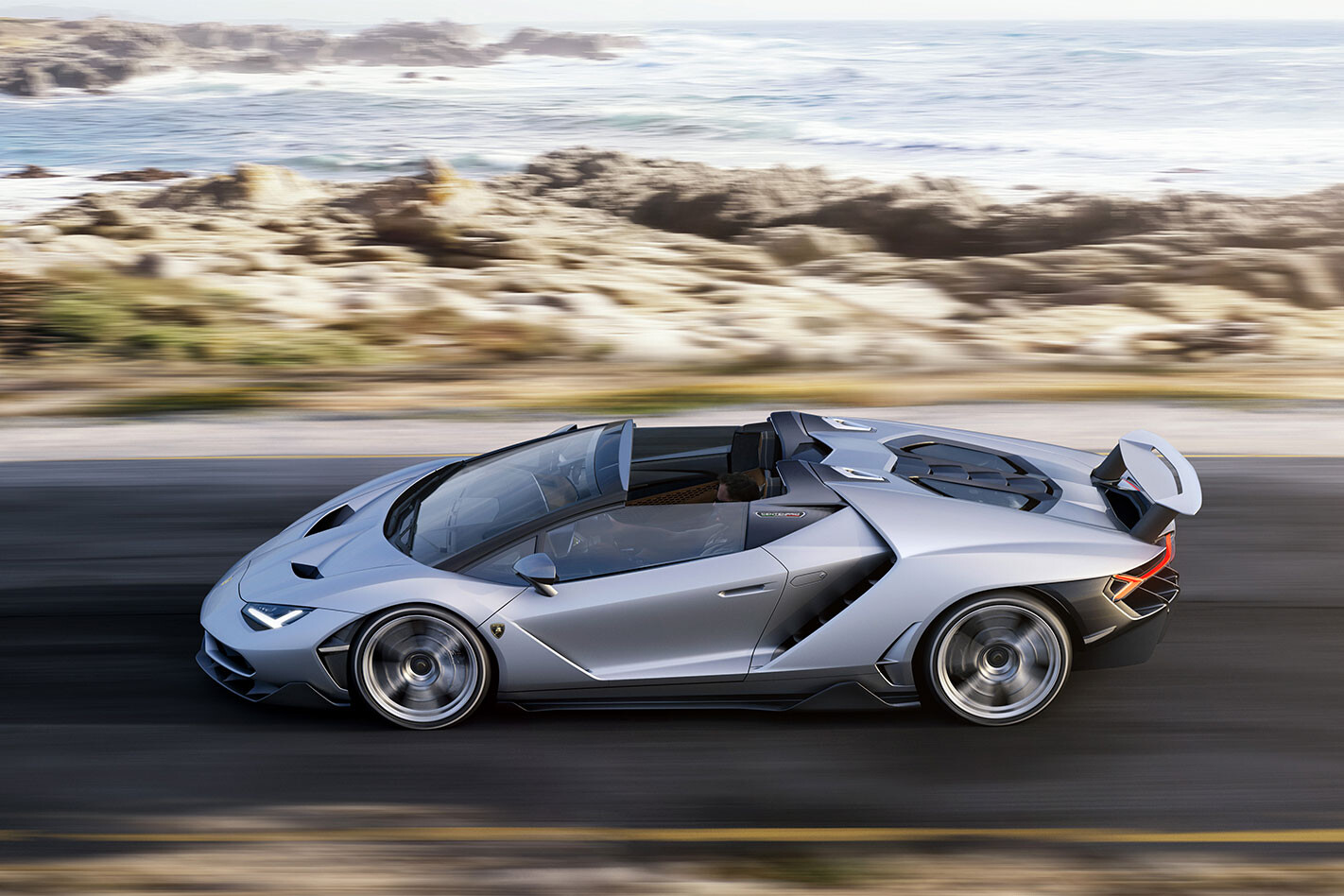 As the name suggests, the Centenario Roadster is the open-top version of the equally exclusive Centenario Coupe, which was revealed at the 2016 Geneva Motor Show.

The Centenario is essentially a rebodied Aventador, but includes Lamborghini's full bag of mechanical tricks as well as a few hints as to what we're likely to see in future Lamborghinis.

Arguably the most relevant change is the giant touchscreen infotainment system that dominates the centre console, which includes Apple CarPlay, a telemetry system and will make its way into all future Lamborghinis. Powering the Centenario is Lamborghini's most powerful engine ever, a 566kW/690Nm version of the Aventador's 6.5-litre V12, which now revs to a screaming 8600rpm and powers the Cententario Roadster from 0-100km/h in just 2.9sec.

Top speed is claimed to be over 350km/h, at which point the Centenario's other party piece comes into play - active aerodynamics. This includes a McLaren P1-style active rear wing, which can extend up to 150mm and rotate up to 15 degrees. 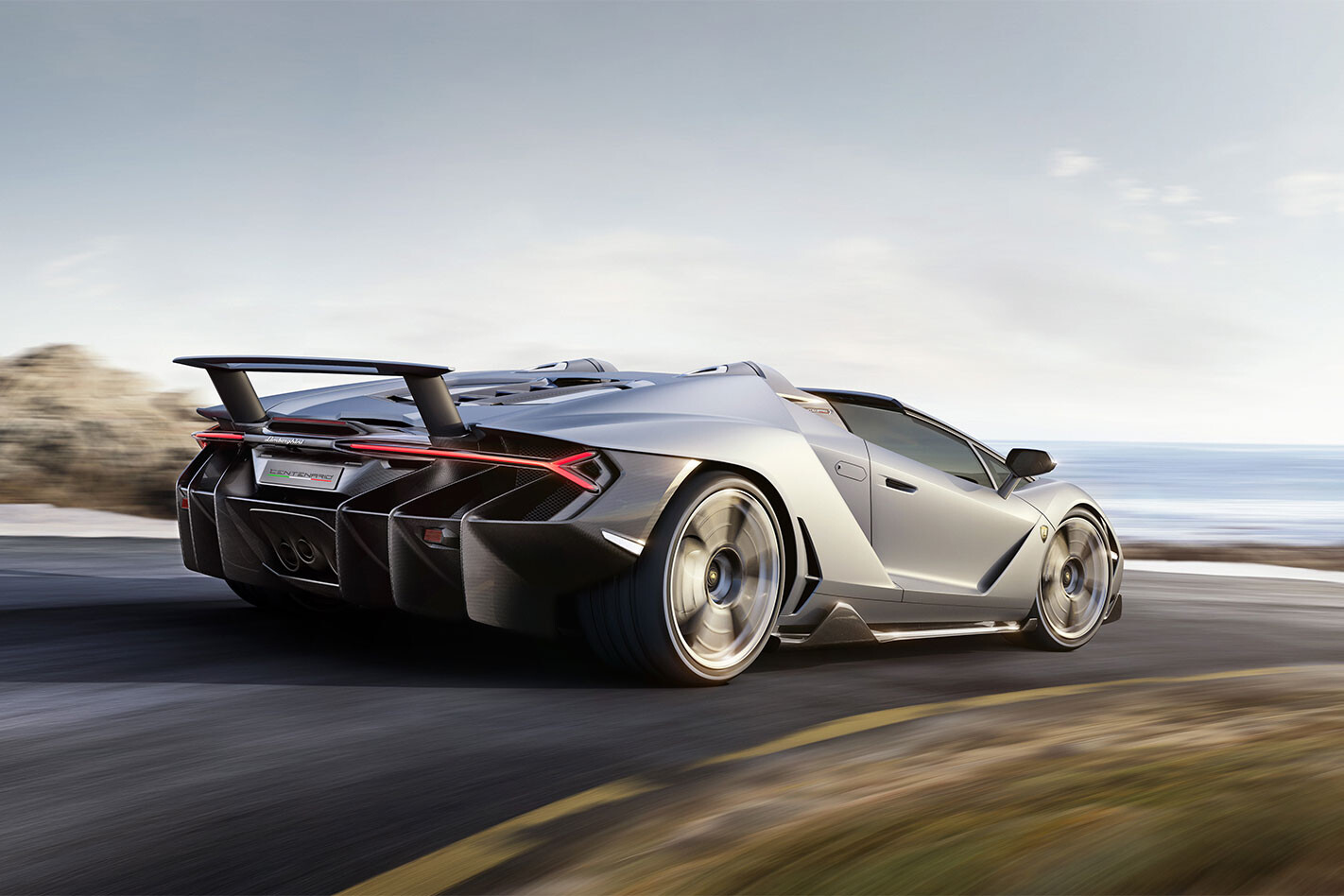 Expect rear-wheel steering and the SV's 552kW V12 tune to migrate into the regular Aventador when it receives a mid-life update in 2017.

Lamborghini a new colour, Argento Centenario, for the Roadster's unveiling at Monterey Car Week, however as you'd expect at this price point, any colour or finish is available through Lamborghini's Ad Personam personalisation program.