Lamborghini has signed off its track development program for the SCV12 and revealed fresh details on the track-only hypercar ahead of its imminent launch.

Hailing from the firm’s Squadra Corse motorsport outfit and Centro Stile design gurus, the SCV12 takes the brand's reputation to a new level by extracting more than 619kW (!) from what it says is the brand's most powerful V12 to date. Remember, the ‘regular’ Aventador SVJ, which smashed the Nurburgring Nordschleife record lap time, only makes 552kW. And the video above proves it’ll make an almighty sound. 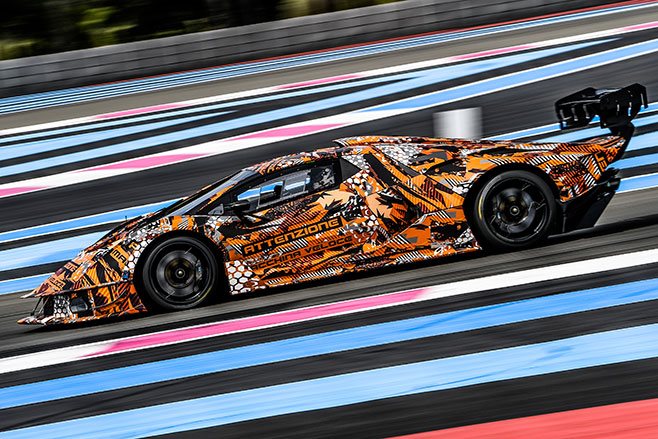 Given its track-only use, think of it as a LaFerrari FXXK without the hybrid bits. After all, batteries are heavy, and that’s very important to Lamborghini for the SCV12. Lamborghini’s press release says it employs a “fully new carbon fibre chassis” where the six-speed sequential transmission is stressed as a structural element that the rear pushrod suspension mounts on to save weight.

Keeping to its lightweight theme, Lambo’s ditched front drive shafts and put drive through rear 20-inch magnesium wheels fitted with slick tyres. The front wheels are made from the same material but sized 19-inches. 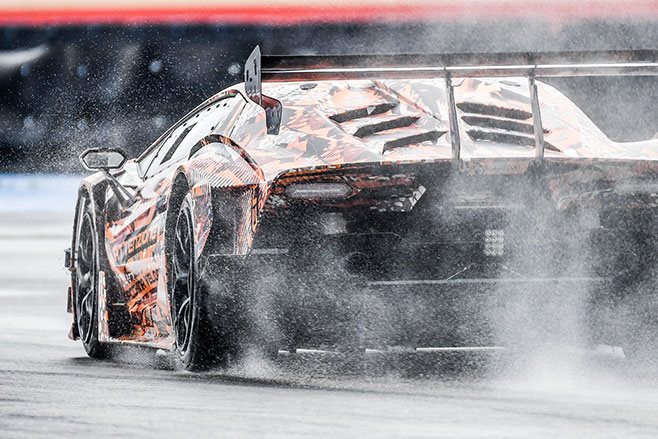 Lamborghini has also focused on aerodynamics in a big way, saying it’ll produce more downforce than a GT3 car. Even with the camo it’s easy to gauge its fins, vented guards, splitters and skirts, whereas that custom carbon wing, diffuser and a rear bumper-delete add credibility to its claim.

The aero’s so clever Lamborghini claims it’s partly why the car can produce so much power. It says the bonnet's central rib guides air into its roof scoop, ramming air down into the V12’s throat to “increase static pressure in the engine’s intake manifold”. 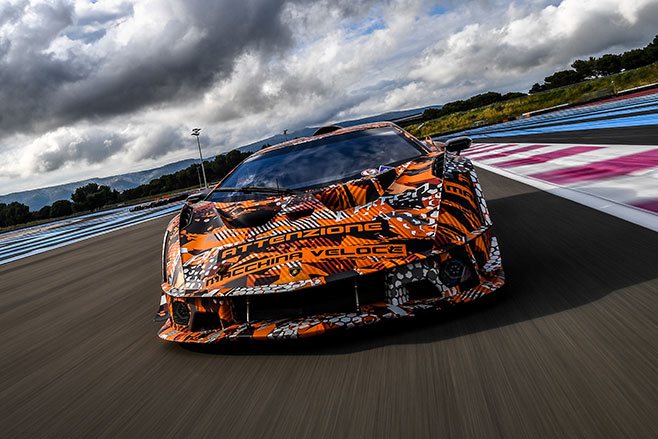 Lamborghini has not revealed how many it’ll make and for how much, but you can expect it’ll be few and for a lot. Either way, you won’t only get the car with the purchase, but a driving development program on the “world’s most prestigious” circuits with its own Squadra Corse engineers and five-time Le Mans winner Emanuele Pirro.

Stay tuned for more news over the next couple months. 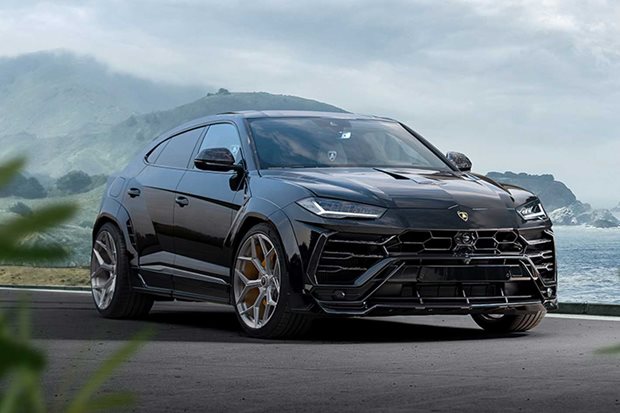