Mazda has announced plans to launch a global one-make racing series for its new fourth-gen MX-5 sports car in 2016.

Unveiled at this week’s SEMA show in Las Vegas, the MX-5 racer has got fans of the iconic roadster in sweats as the ND generation’s curves lend themselves well to the racecar treatment.

The Cup Racer is a lot more visually aggressive than the car it’s based on thanks to fatter rubber at both ends and a hunkered down stance. Plus there’s a roll bar and some tasteful stickers plastered across the sides of the racer for extra visual punch and safety, obviously.

Inside, the cockpit has been stripped of any unnecessary trinkets, such as proper door handles, door liners and carpets. Instead you get a race seat, new steering wheel containing a digital display and many buttons, and a heap of scaffolding to make it difficult to enter and exit the car. This thing is a proper racer.

Under the bonnet is the Mazda MX-5’s new 2.0-litre Skyactiv-G four-cylinder, expected to produce around 125kW in production form, while a six-speed manual will likely be the transmission of choice.

As for the suspension, Mazda Motorsports is still working on that bit. Testing of different tyre and suspension setups set to commence early next year, though you can expect the final package to be lower, stiffer and racier than its road-going equivalent.

The fourth-gen MX-5 will arrive in Australia next year and begin racing across North America, Europe and Asia in 2016. MOTOR understands an Australian round for the 2016 MX-5 Global Cup is under consideration.

At year’s end, a global shootout will take place at Mazda Raceway Laguna Seca, with the series champion winning a one-day test in Mazda’s Skyactiv Prototype that races in the US Sports Car Championship. MOTOR will be keeping a close eye on developments. 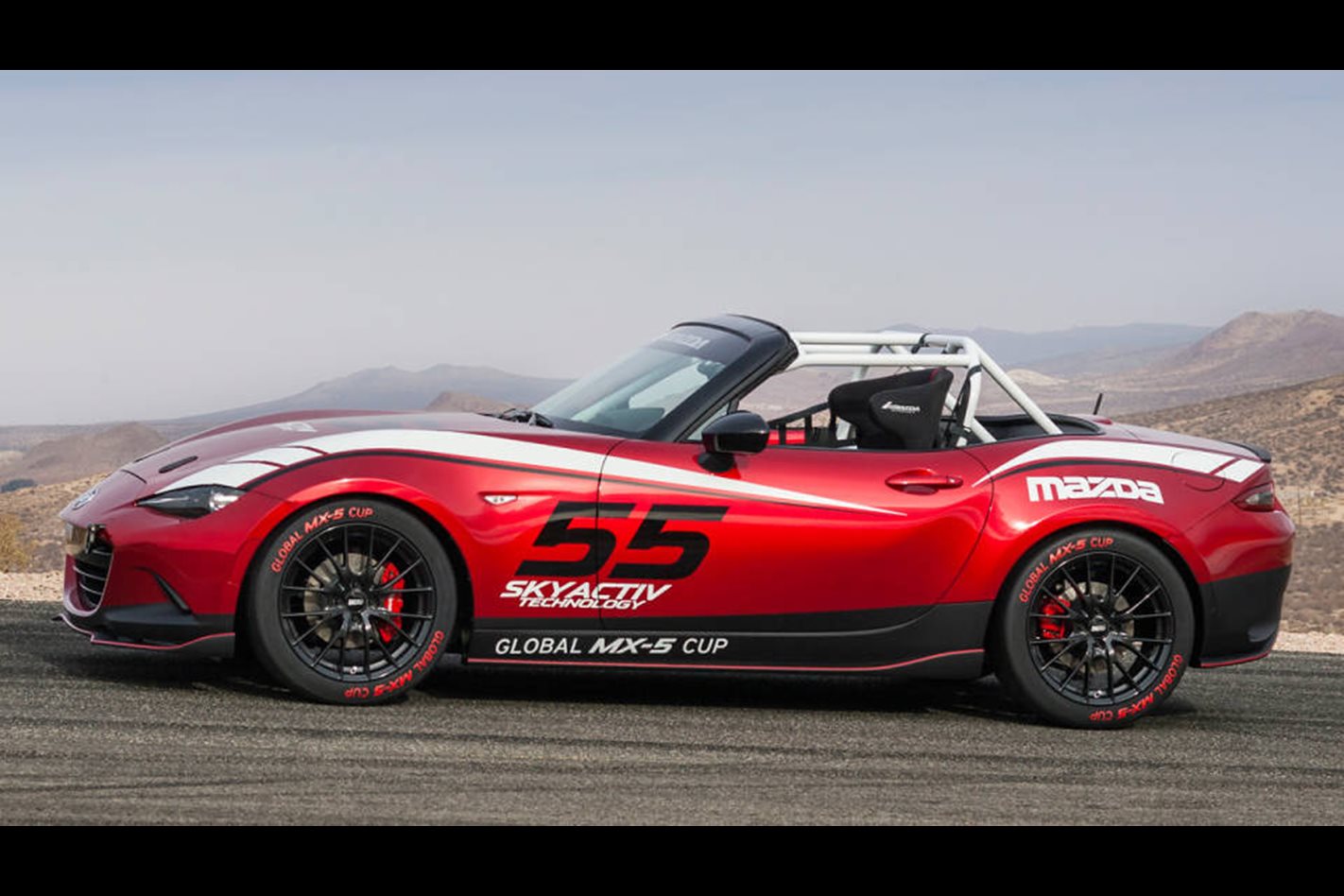 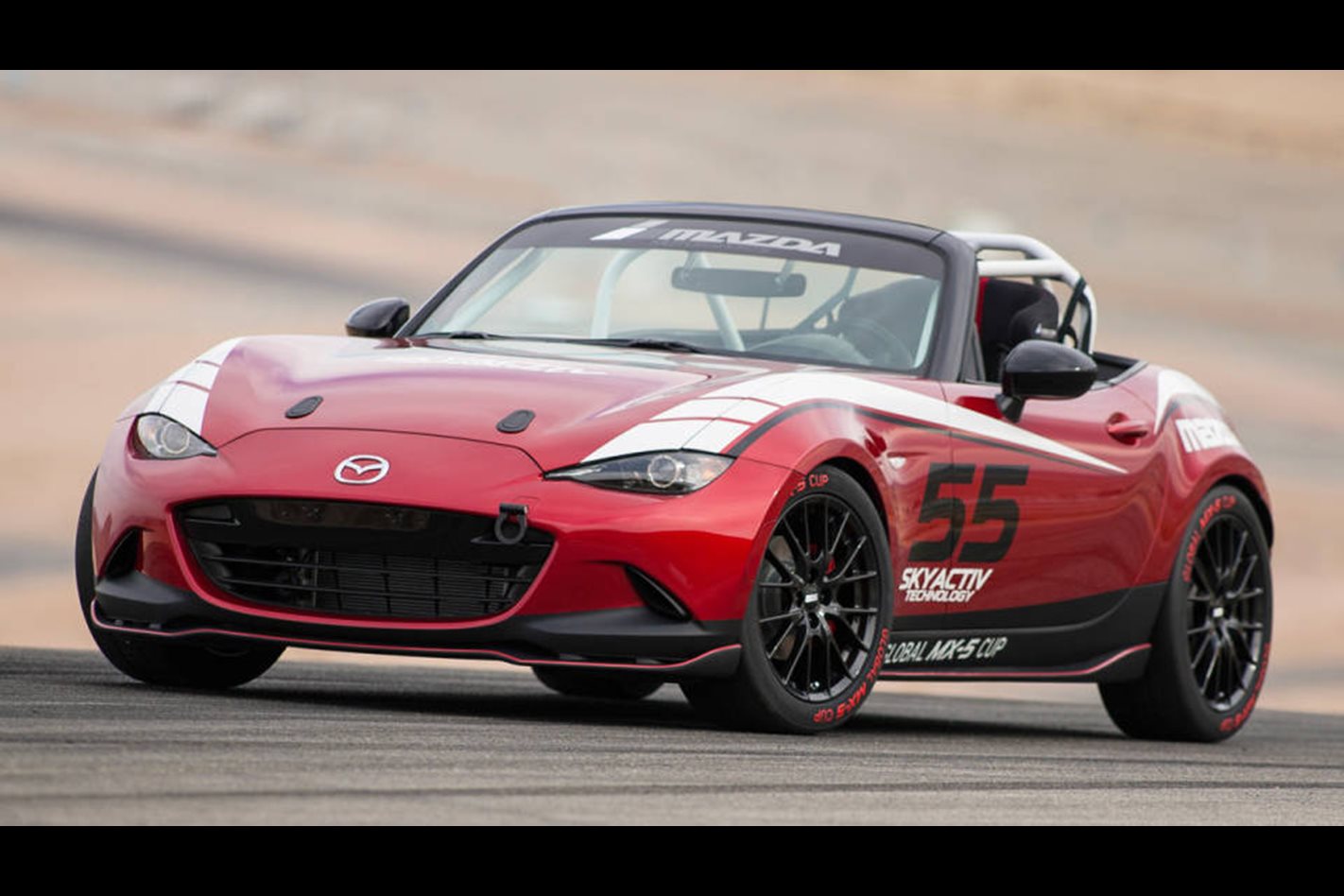 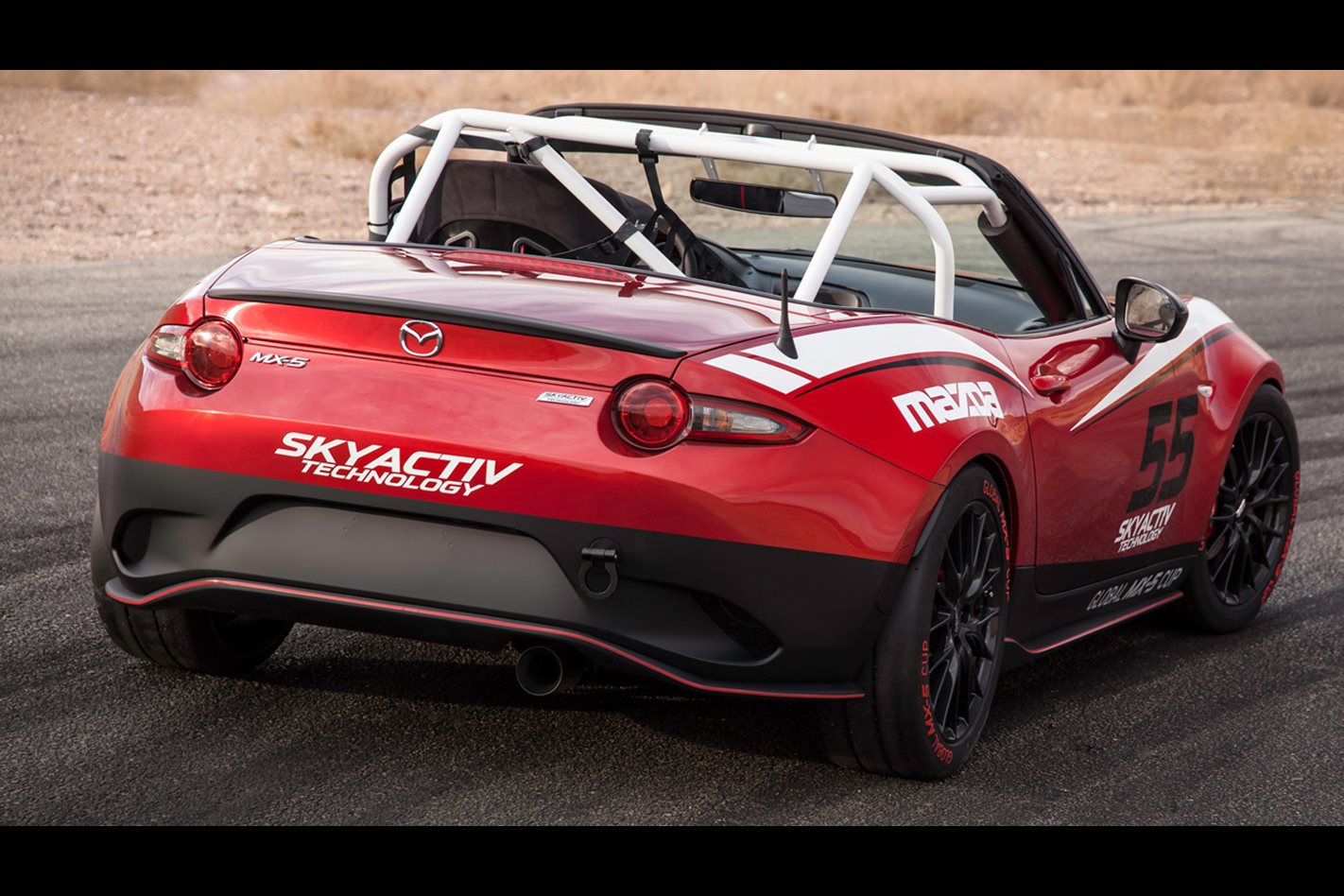 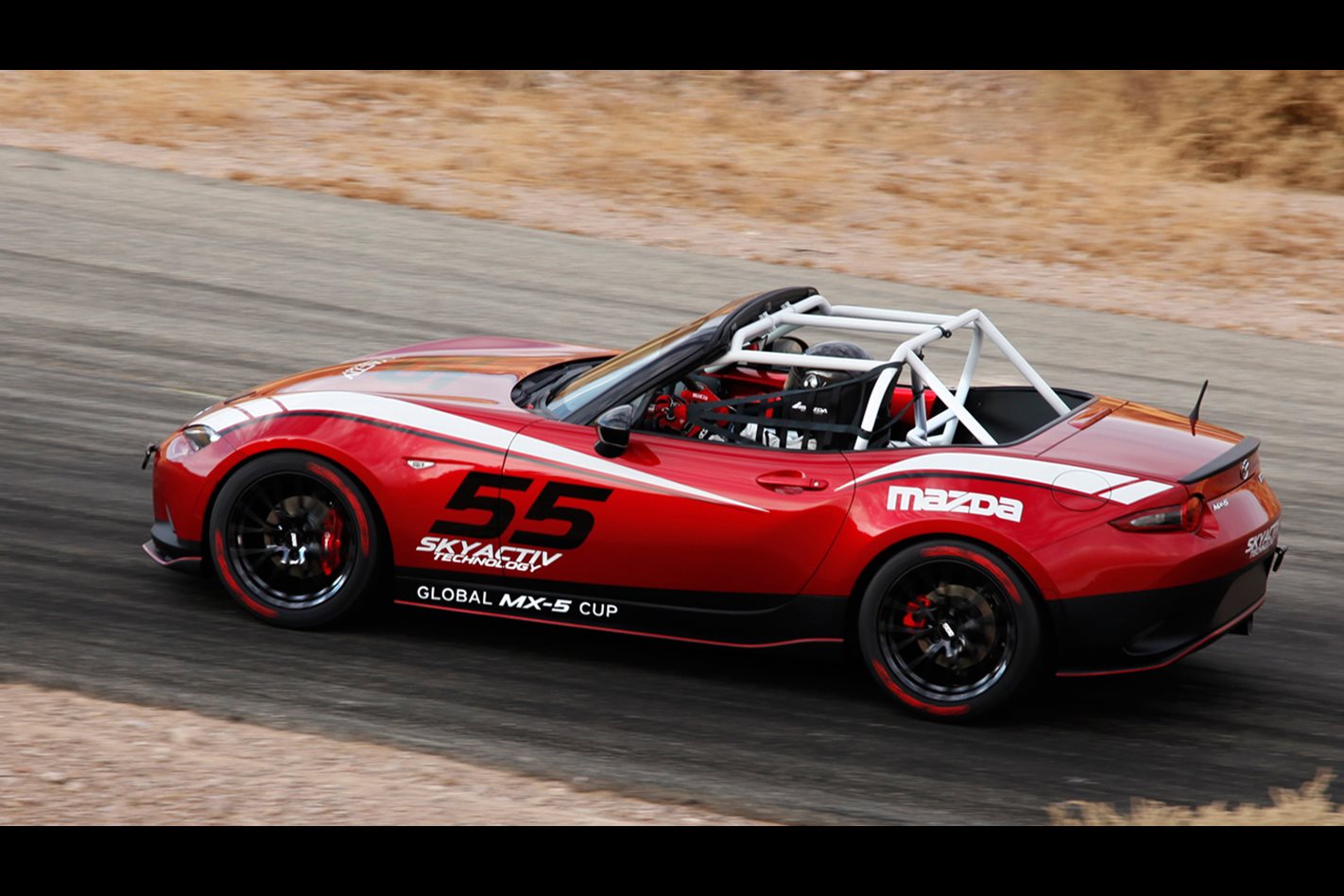 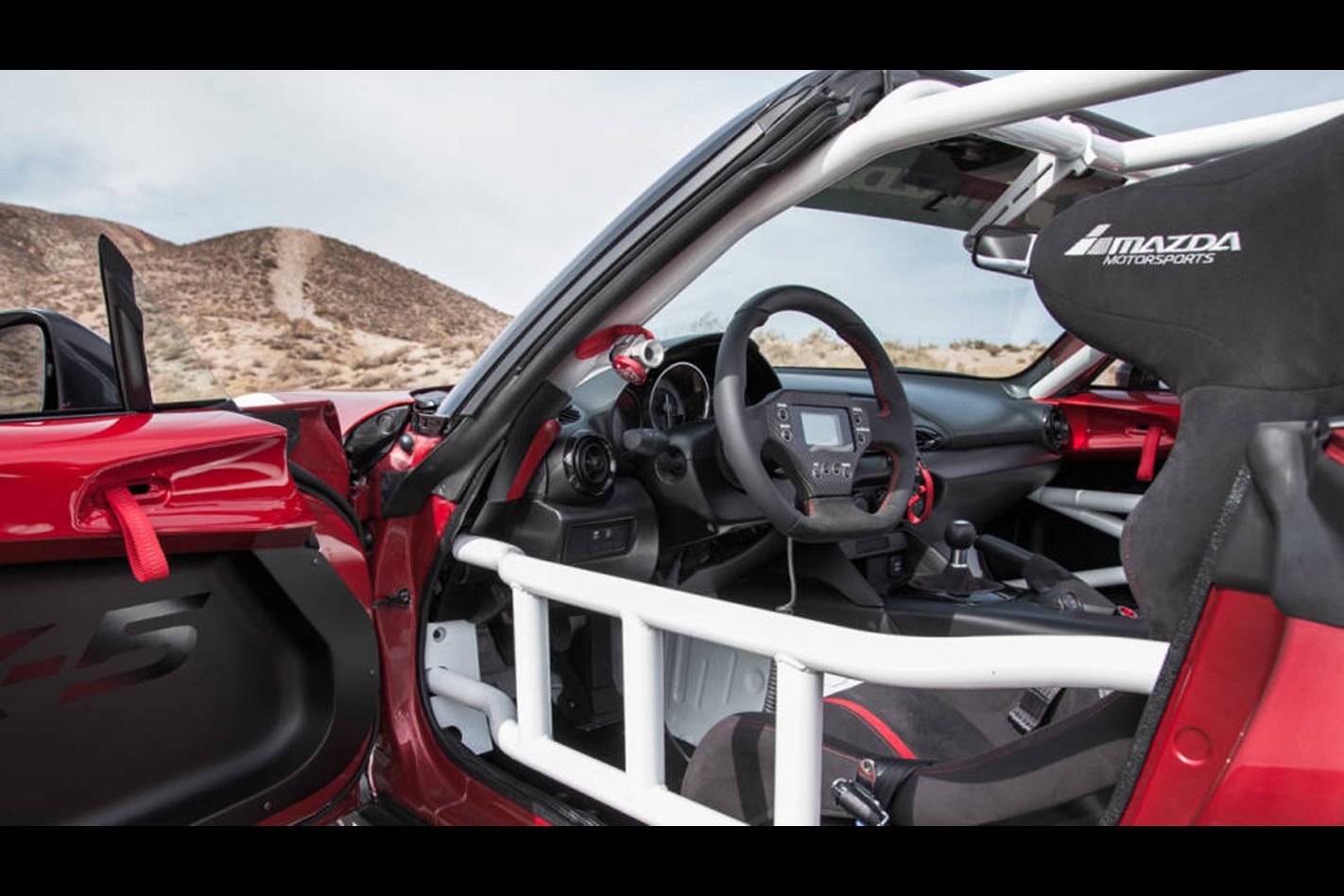