AT THIS year’s Tokyo motor show Mazda is widely believed to be showing some sort of rotary-powered concept car to celebrate the 50th anniversary of its first production rotary.

Recently discovered patent filings suggest that it might get a very intriguing rear wing, a development of that seen on Mazda’s last rotary concept car. 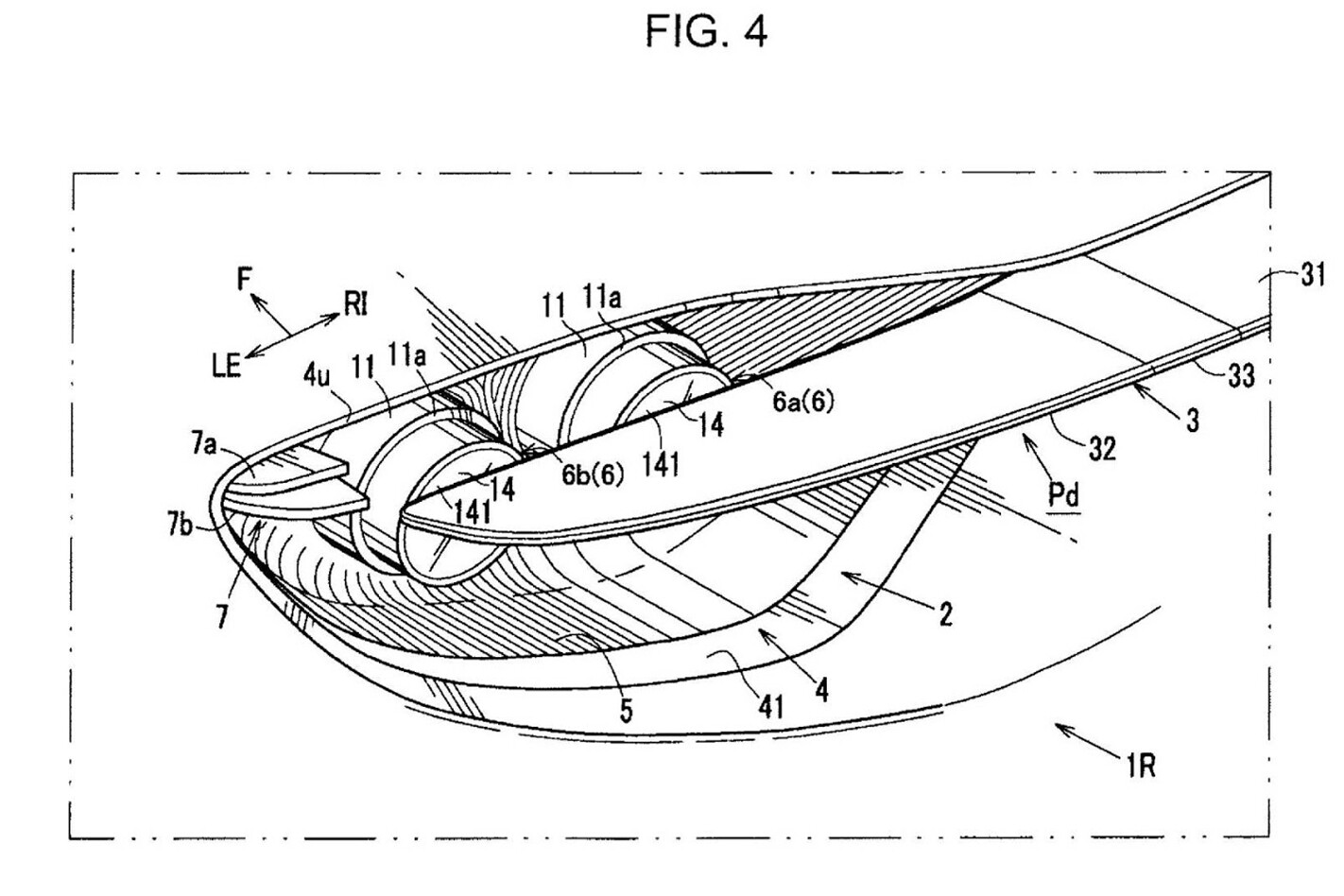 This structure, described in a pair of separate patent applications, consists of a wing that deploys outwards and upwards, increasing downforce and helping separate turbulence from the rear end of the car.

Patent applications 20170274943 and 20170274944, filed with the USPTO on October 20, 2016 and approved on March 2 of this year, the patents are, respectively, the recess in the tail lights and the moving wing structure itself, but as both are integrated into a seamless whole, elements of each overlap. 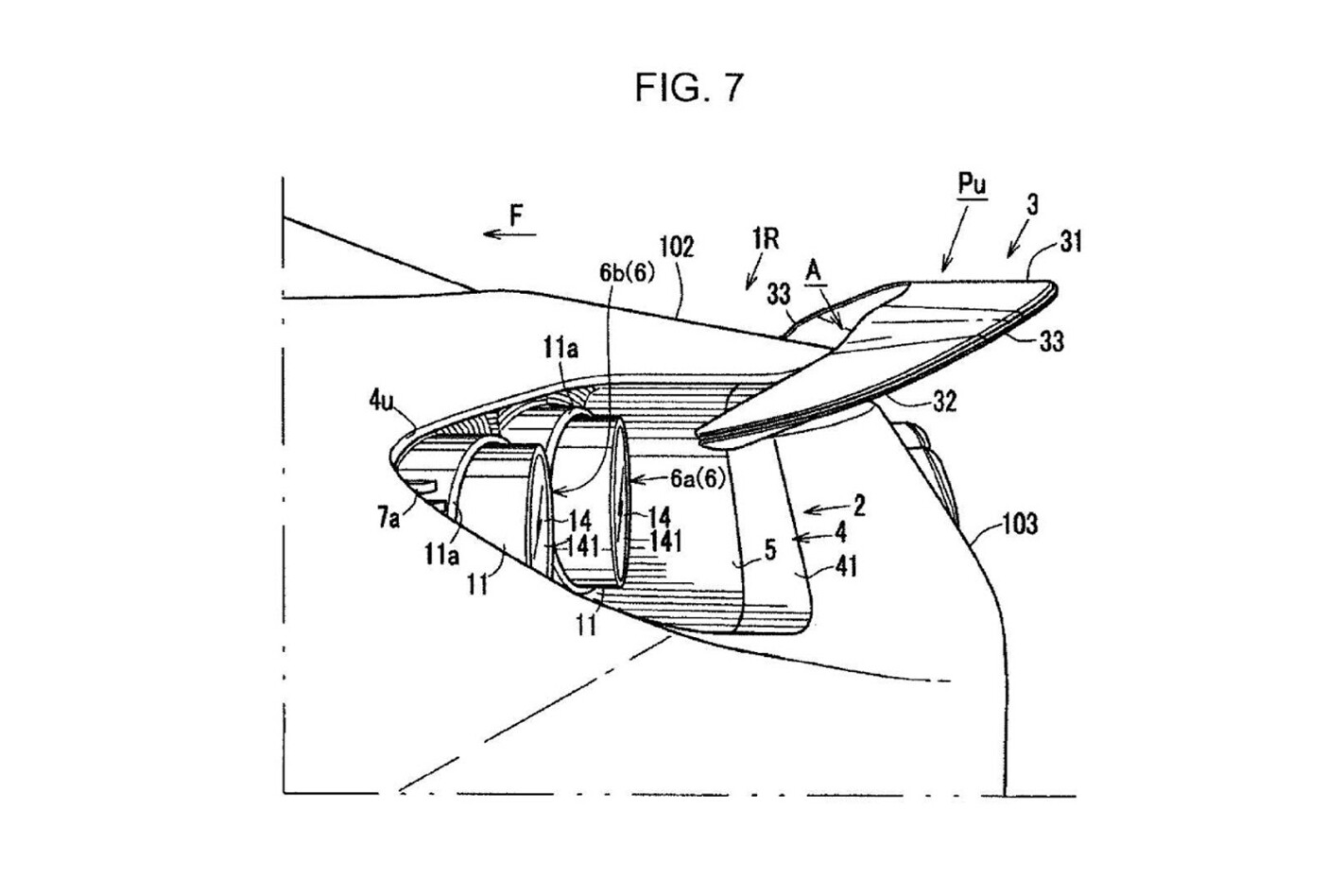 The 2015 Mazda RX-Vision concept featured a similar deign ethos, with a stepped-down winglet that ran full length across the back, intersecting the tail light clusters.

Unlike most motorised wings, which feature visible struts when fully extended, Mazda’s system does its best to hide obvious vertical support structures. There are two: a pivoting support rod at the front and a screw-driven expansion/contraction support arm at the rear. 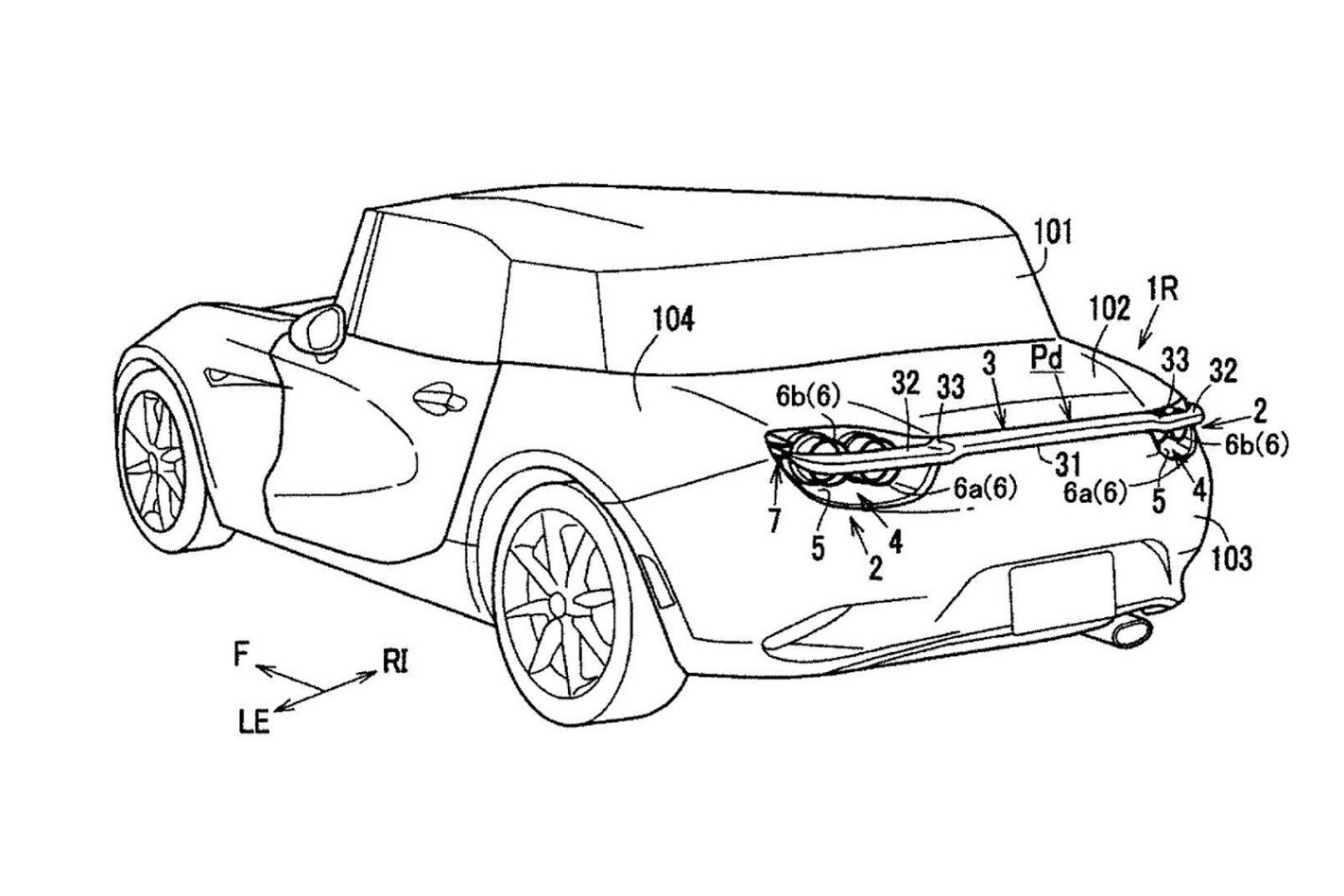 Ignore the hideous design for the roof – that’s just a scribbling but expect this neatly integrated rear wing to be a key design aspect of Mazda’s future sports models.