Initially, McLaren said it would offer one new model every year. It’s significantly over-delivered in 2015, though, with the new 675 'Long Tail' Spider its fifth reveal of the year.

Unsurprisingly, it’s based heavily on the 675LT Coupe released earlier in 2015. Limited to 500 examples worldwide, the Spider’s European pricing carries a 10 per cent premium over its hardtop sibling, which will put it in the ballpark of $675,000 locally.

It may look very similar to the 650S Spider, however the engineering changes under the skin are significant. At 1270kg (dry), it drops 100kg, though weighs 40kg more than the Coupe due to the retractable hard-top roof. 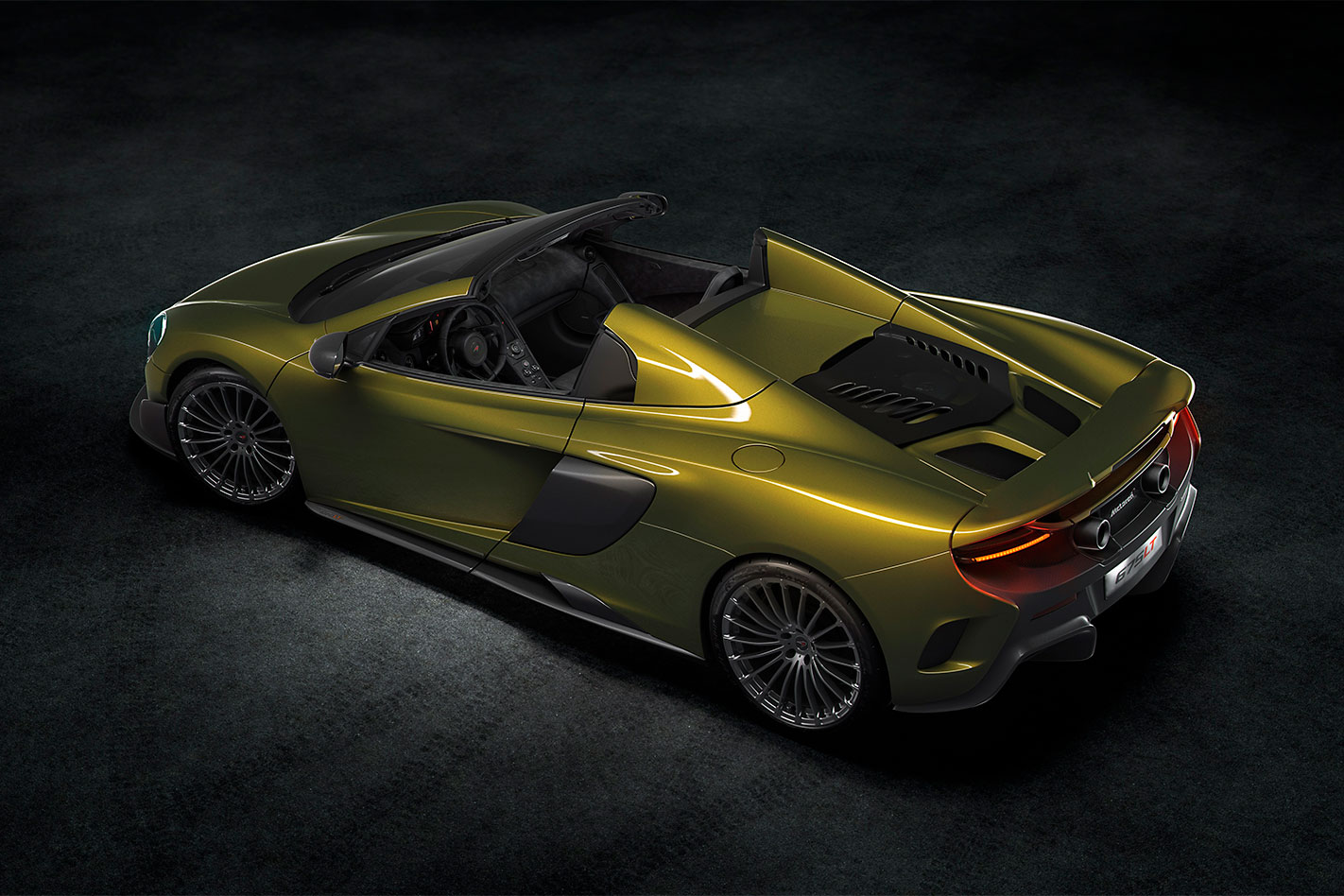 The weight saving is predominantly due to most of the body panels being made from carbonfibre, though lightweight seats, wheel and engine components also contribute.

Like all McLarens the engine is a 3.8-litre twin-turbo V8, however so many components are bespoke to the 675LT (around 50 per cent compared to 650S) that the engine receives its own code – M838TL. 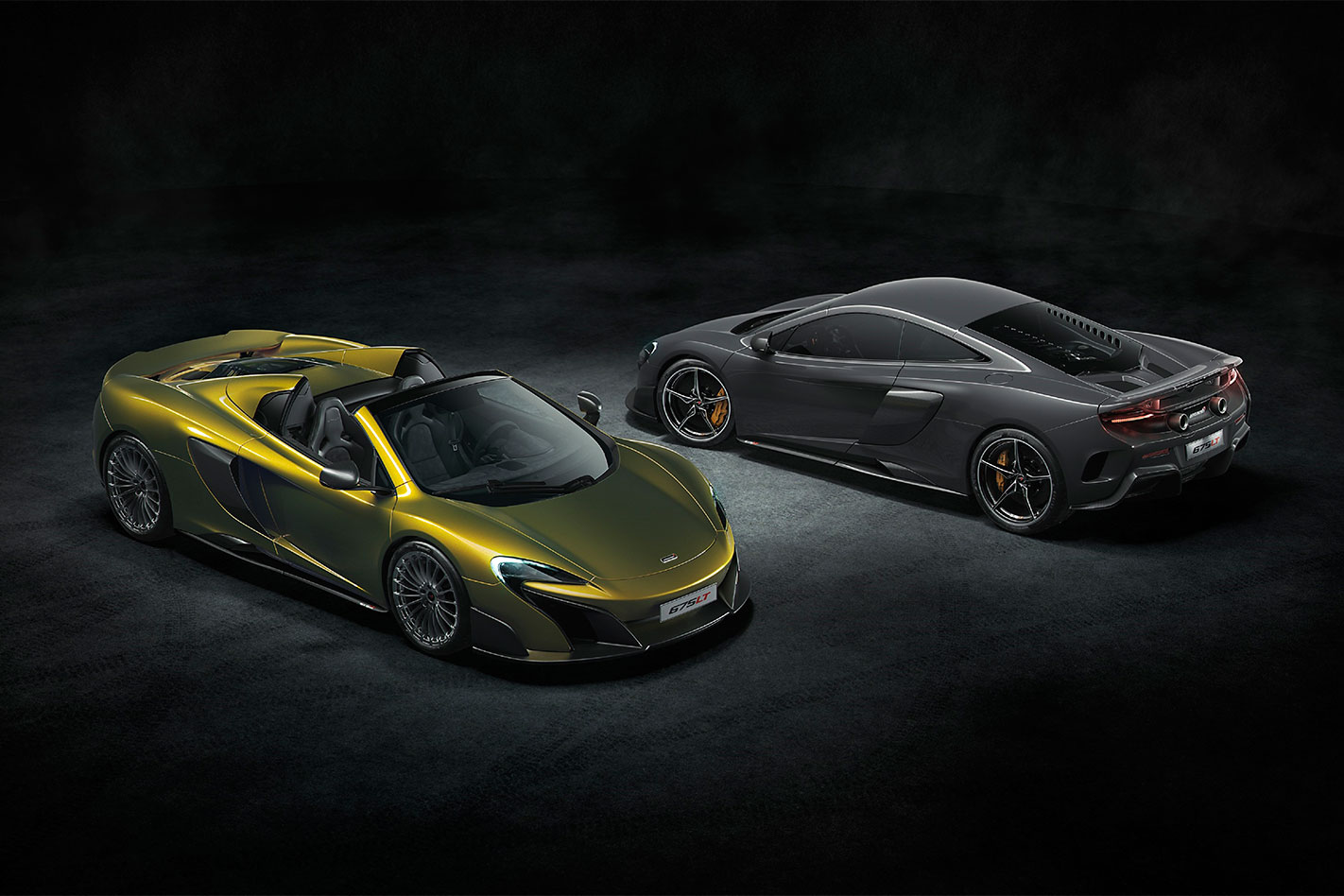 With torque limited to 600Nm in first gear in an attempt to improve traction, the 675LT Spider sprints to 100km/h in the same 2.9sec as the Coupe, though it loses 0.2sec to 200km/h, taking a still mind-bending 8.1sec.

With its focus on track performance, the 675LT Spider is significantly stiffer, with spring rates 27 per cent stiffer at the front and 63 per cent at the rear, which has allowed for a 40 per cent increase in downforce over the 650S courtesy of the larger front splitter and extended airbrake which lends it the ‘Longtail’ name. 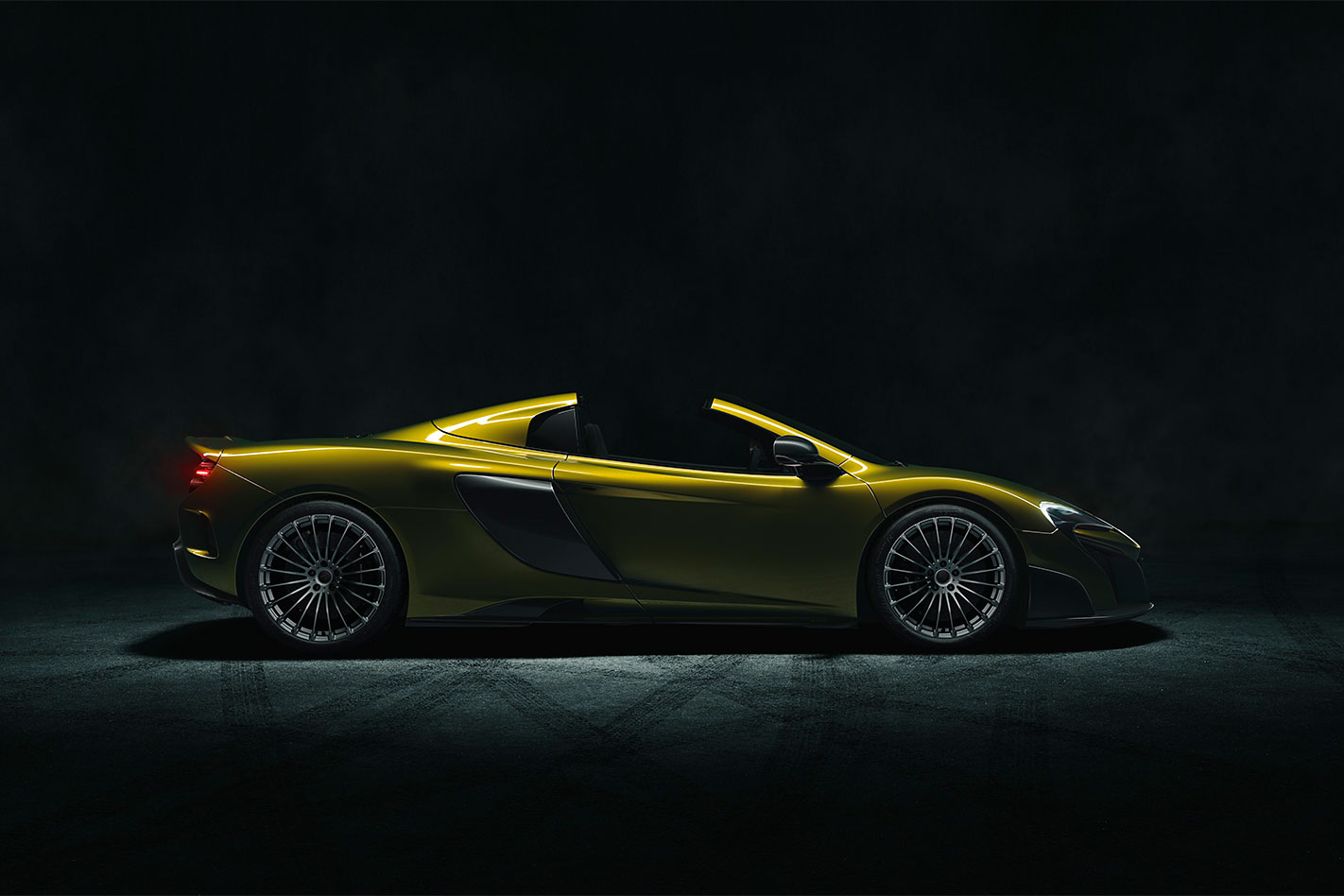 Officially, McLaren says the Spider is a response to the huge customer demand for the Coupe, which sold out more-or-less instantly, however given the speed with which it’s been unveiled we suspect it was always part of the product plan.

Nonetheless, until Ferrari reveals the inevitable 488 Speciale sometime in the future, nothing short of a P1 or 918 Spyder can touch the 675LT’s performance, which means it’s currently in a class of its own. 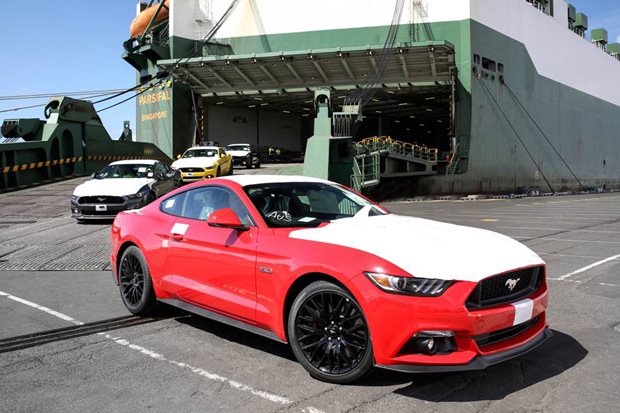 Ford Mustang lands in Australia, but sold out until 2017 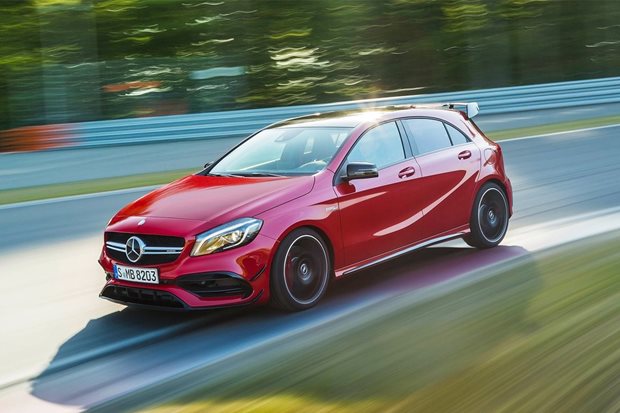 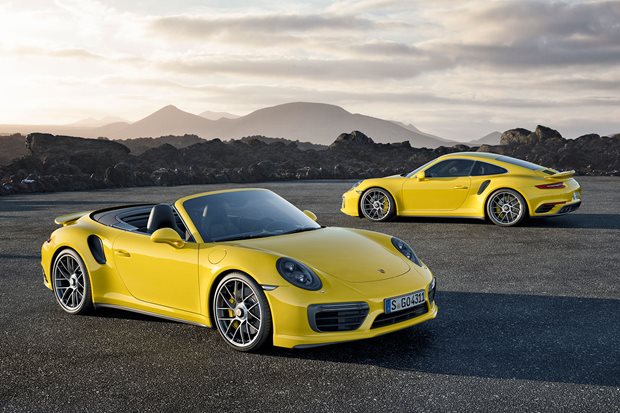