No one was ever questioning whether the McLaren 720S is fast.

Add a 0-200km/h sprint of 7.8 seconds to that and you’ve got yourself a proper supercar.

But what about its rivals?

At a rolling race at Thunderhill Raceway, California, a 720S owner put up the challenge to a Ferrari F12tdf, a Porsche 918, another McLaren (the 675LT), and even a Bugatti Chiron.

With the rolling start being at around 70km/h, there’s no issue with tyres screeching off the line.

We’d have done standing starts, though…

First, the two McLarens go head to head, and it shouldn’t be a huge surprise that the 720S does in fact dispatch its sibling, but not as easily as you might think. Thanks to a slow gear change (the 720S hits the limiter in 2nd gear), the 675LT keeps up pretty well. 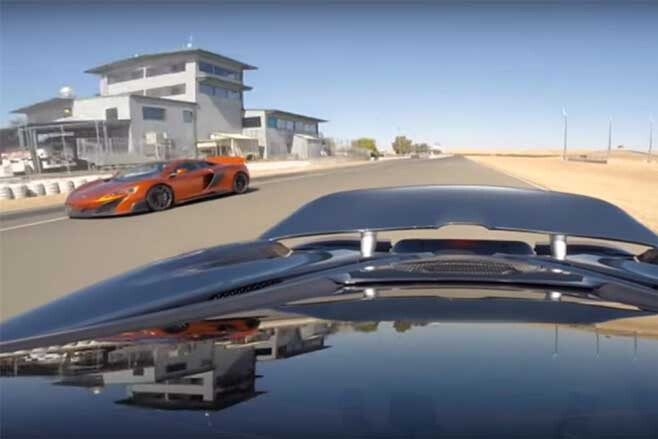 Once at around 240km/h across the line, both cars back off, but the 720S has made it clear who the winner is.

Plus, getting the air-brake action on camera is kind of cool.

Next, the Prancing Horse steps up to try and take down the 720S. Again, the 720S walks away and leaves several car lengths between them when it crosses the line.

The Porsche 918, which is part of the ever-admired hypercar holy trinity, still loses to the 720S. though it’s close, the Macca comes out on top.

At this point you’re probably wondering if the VW Groups other representative, the Bugatti Chiron, keeps its reputation as the ultimate in speed.

That’s why you should watch this video, if not for the spectacle itself.