MERCEDES-AMG is rumoured to be prepping a four-door saloon version of its twin-turbo V8 GT for a 2017 reveal as part of its 50th anniversary celebrations.

Reports claim the four-door GT will make its debut as a Vision concept at one of a number of celebrations hosted by AMG next year.

Expected to be called the GT 4, AMG’s fast four-door will be powered by the same twin-turbo V8 that powers the current line-up of GTs, with roughly 447kW expected.

Expected to reach showrooms by 2019, the GT 4 would become the third vehicle to be produced entirely in-house by the German tuning company – following the Mercedes-AMG SLS and GT.

The super-saloon will accompany the already announced R50 hyper-car, which will be powered by the V6 from the current generation of Mercedes Formula One cars. 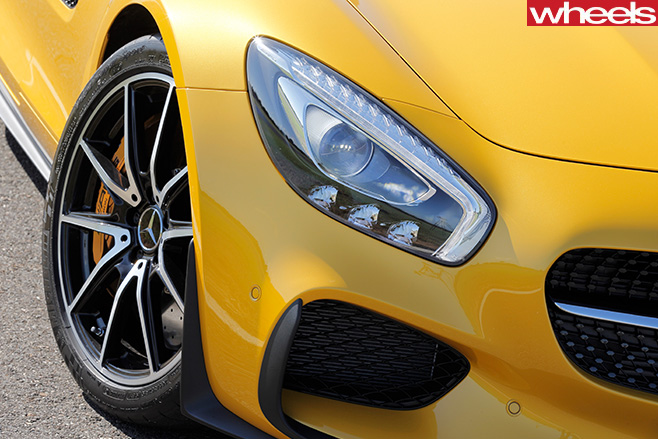 AMG is expected to reveal a slew of cars as part of its 50th anniversary celebrations, with the R50 and GT 4 just the first to arrive.

Codenamed the X290, it is reported the GT-based four-door is the pet project of AMG boss Tobias Moers, and expected to be pitched as a Bentley Continental GT and Porsche Panamera rival.

Although expected to carry styling cues of the two-door GT coupe, the four-door GT 4 won’t be built on the same chassis, with Autocar in the UK reporting it will get a different platform to the aluminium-intensive structure that underpins the 911-rival.

Instead, the GT 4 will use the modular rear architecture from parent company Mercedes-Benz, as seen in the C63, E63, and S63.

There are expected to be two different engine tunes for the twin-turbo V8, with the more powerful of the pair to top that of the confirmed 449kW Mercedes-Benz E 63.

Once it hits production, the car is sure to fire up the four-door super-saloon battle.