The saying ‘there’s no replacement for displacement’ is about to be proven incorrect once and for all by the Mercedes-AMG M139 four-cylinder engine.

Despite a modest 2.0-litre (1991cc exactly) capacity, the new turbocharged engine, which is destined for the upcoming AMG A45 ‘S’ hot hatch, boasts an incredible 310kW, putting atmo V8s to shame and resulting in a specific output of 155kW per litre.

In addition, an extra 25Nm of torque over its predecessor brings the total up to 500Nm, leaving its on-paper specifications looking more like that of a twin-turbo six. 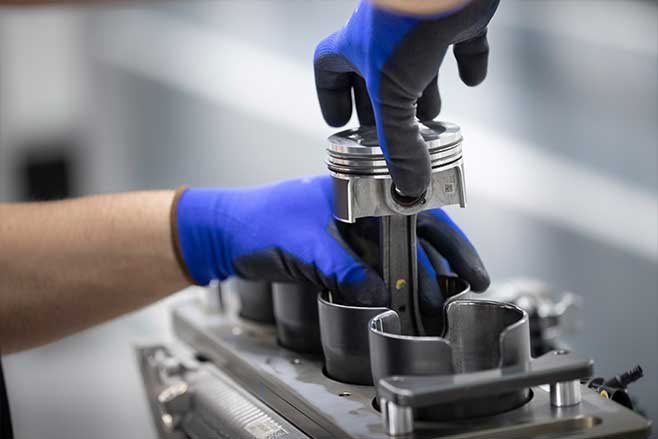 AMG has confirmed a lower tune of the M139 will be available in a ‘base’ version of the next “compact models of Mercedes-AMG” with a 285kW figure.

VIDEO: See the next AMG A45 in action

It gets better, with AMG’s engineers having managed to let the M139 rev out to a 7200rpm redline. The engine doesn’t make peak torque until 5000rpm, and that peak only lasts for another 250rpm, but AMG’s engineers say this has resulted in an ‘immediately responsive’ engine, and that they’ve “achieved a power delivery similar to that of a naturally aspirated engine.”

"We already set the benchmark in the segment with the preceding engine,” says AMG chair Tobias Moers. 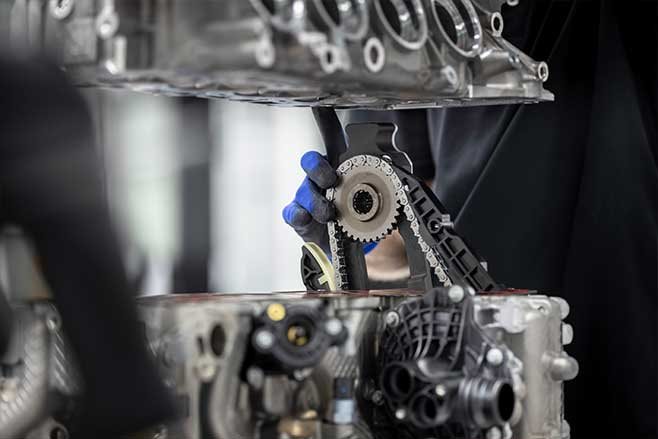 “This fundamentally new four-cylinder presented us with the challenge of doing even better. And we succeeded with a number of sometimes revolutionary solutions.

“With the M139, we have once again impressively demonstrated the engine expertise of Mercedes-AMG.

How much faster? 2016 AMG A45 acceleration testing

“Not only is the output per litre unrivalled for a turbocharged engine, the high level of efficiency also demonstrates that the internal combustion engine still has further potential."

A new production line was constructed in AMG’s Affalterbach engine manufacturing facility, on which it has introduced new methods to improve its ‘One Man, One Engine’ manufacturing philosophy. 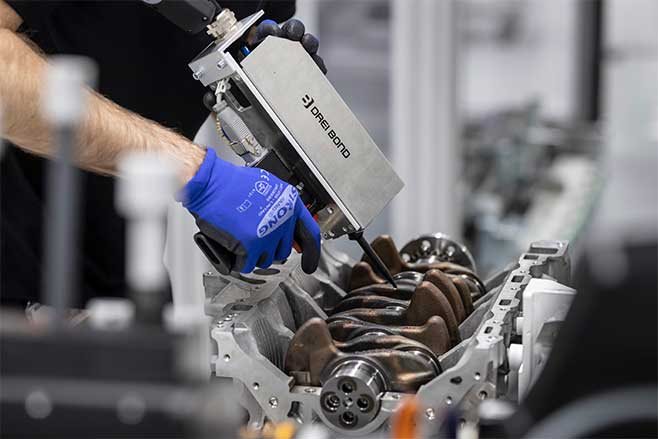 “To achieve this, we created the ideal working conditions in a bright, precisely organised and clean environment for our employees.

“This provides the best basis for continuing to ensure our high quality level even as the technology becomes more complex.”

Stay tuned for a deeper dive into the technical aspects of AMG’s M139 engine.