Dick Johnson Racing has confirmed that it will use Ford Coyote V8 power for its 2022 Supercars Mustang, as part of the incoming cost-cutting regulations mandated by the sport.

Team boss Ryan Story exclusively revealed the news to MOTOR during a discussion about the team’s plans, locking in the first engine for the sport’s new era.

“There’s still some workings on that but the plan is for the Ford to have a Ford engine and the GM to have a GM engine,” he said, “but if you look at it from a 10,000-foot view, the best engine to put in a Mustang is going to be Coyote.” 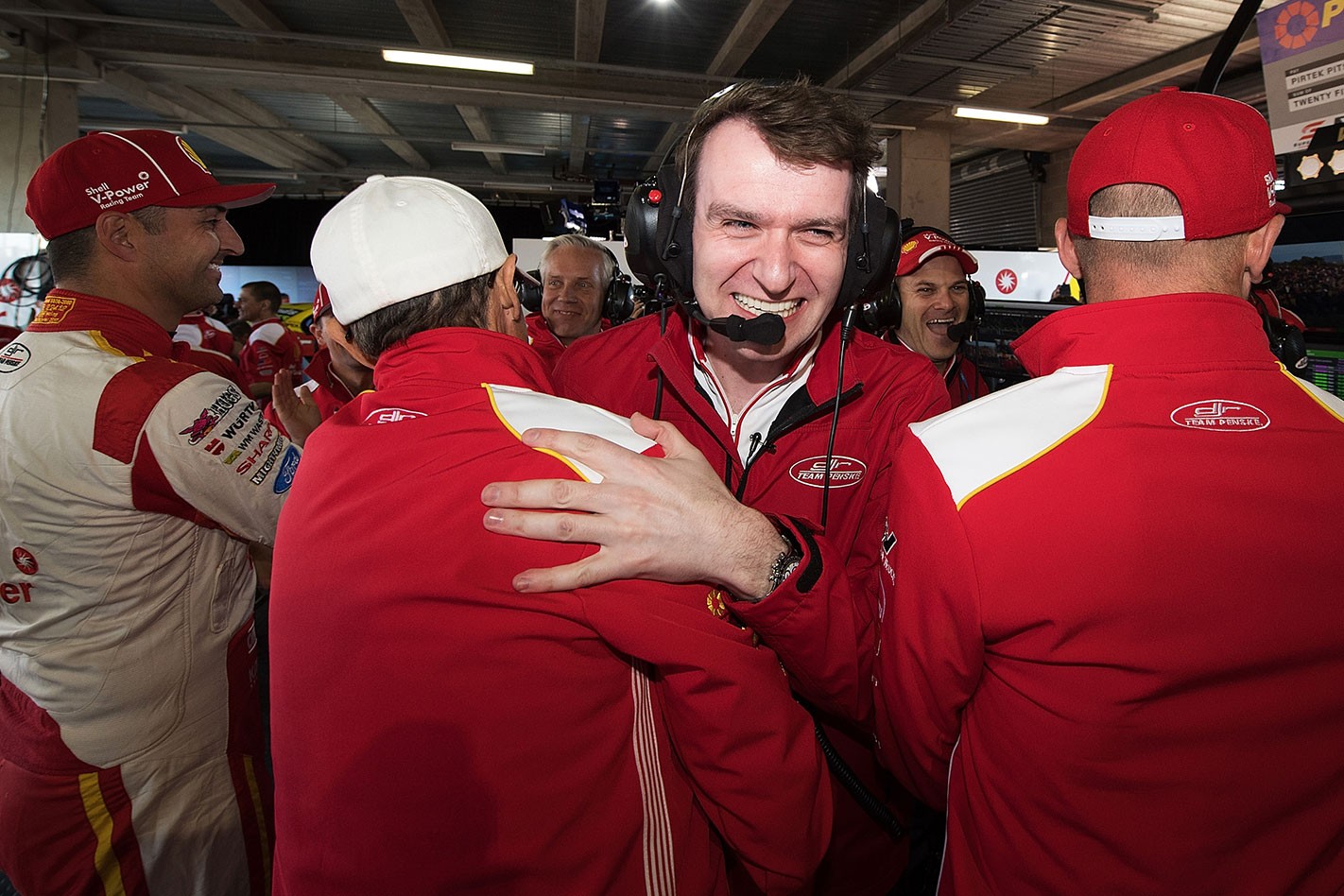 When later asked if this meant DJR was indeed developing a Coyote V8 for Supercars, Story agreed and had more to offer.

“Yeah, look, it is,” he said. “Right now there are still some things yet to confirm in terms of the specifications and the rules around Gen3, but the plan as it stands at the moment is for the Mustangs to have a Coyote engine driving it.”

The Coyote offers the right synergy between the Supercars Mustang and its road-going version, he says, while development will be shared between DJR, Ford Performance, Supercars and Mostech Race Engines, who currently builds the team's engines.

As for where the engine's come from? “It’s basically an engine that we’ll put together based on the Coyote,” Story adds.

Supercars has locked in V8 power for what it calls its Gen3 regulations, with the engine’s double-overhead-cam technology helping the series meet a desire to cut costs by around 30-40 per cent per car.

Currently, a two-car team can spend upward of $500,000 in building, maintaining and developing engines each season. 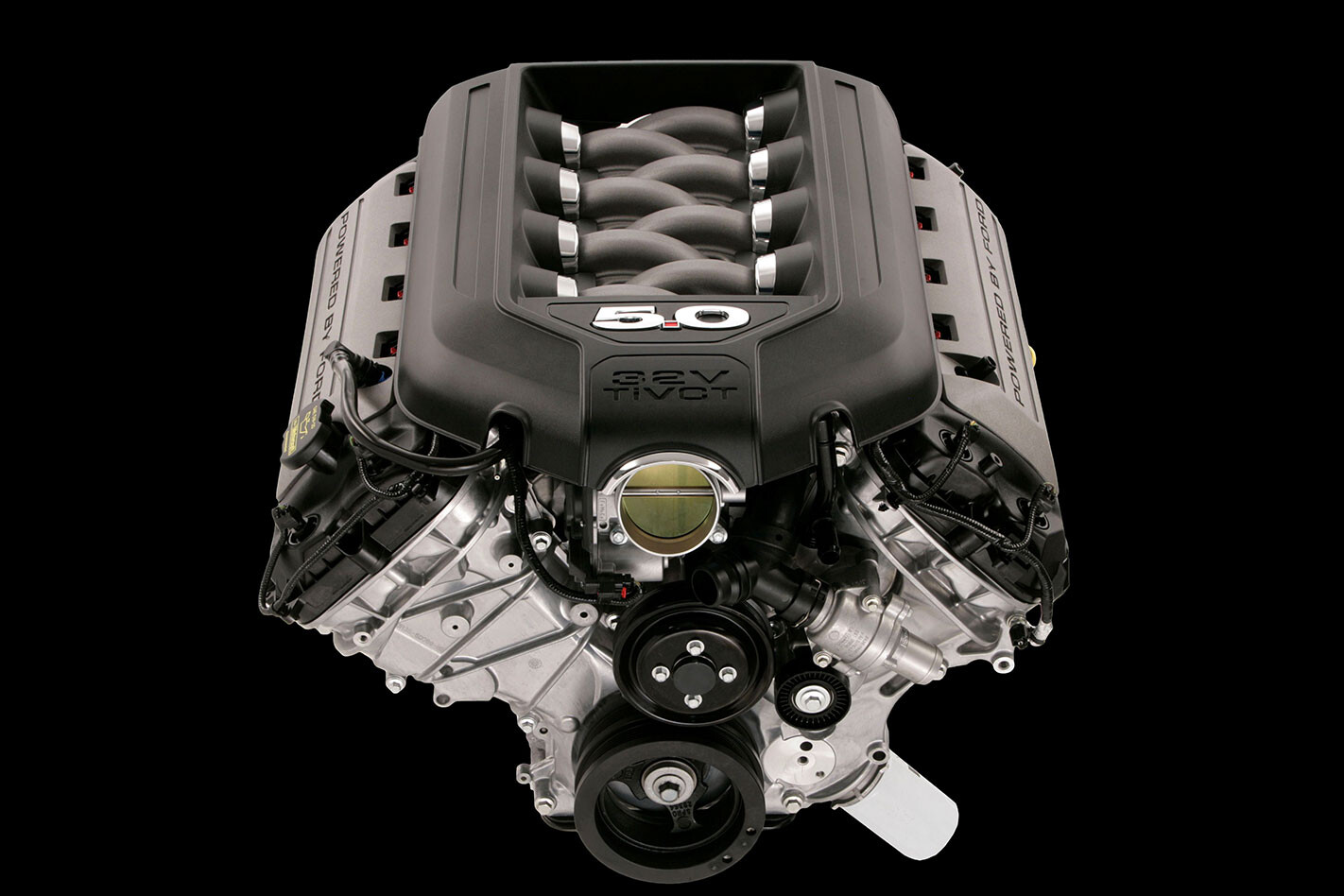 “The idea of Gen3 is looking at reducing costs across the board," Story says, "and the aim of the game, with the engine side of things, is to have an engine that is very cost-effective and has a great service life.

“At the moment we currently life our engines [apply a time limit to their life] and we have, within the series rules, that the engines have to do 4000km before they can have a rebuild.

"So what the aim of the game is with an overhead cam engine, such as the Coyote is that in race trim we’ll be able to double that and maybe even extend it even further.” 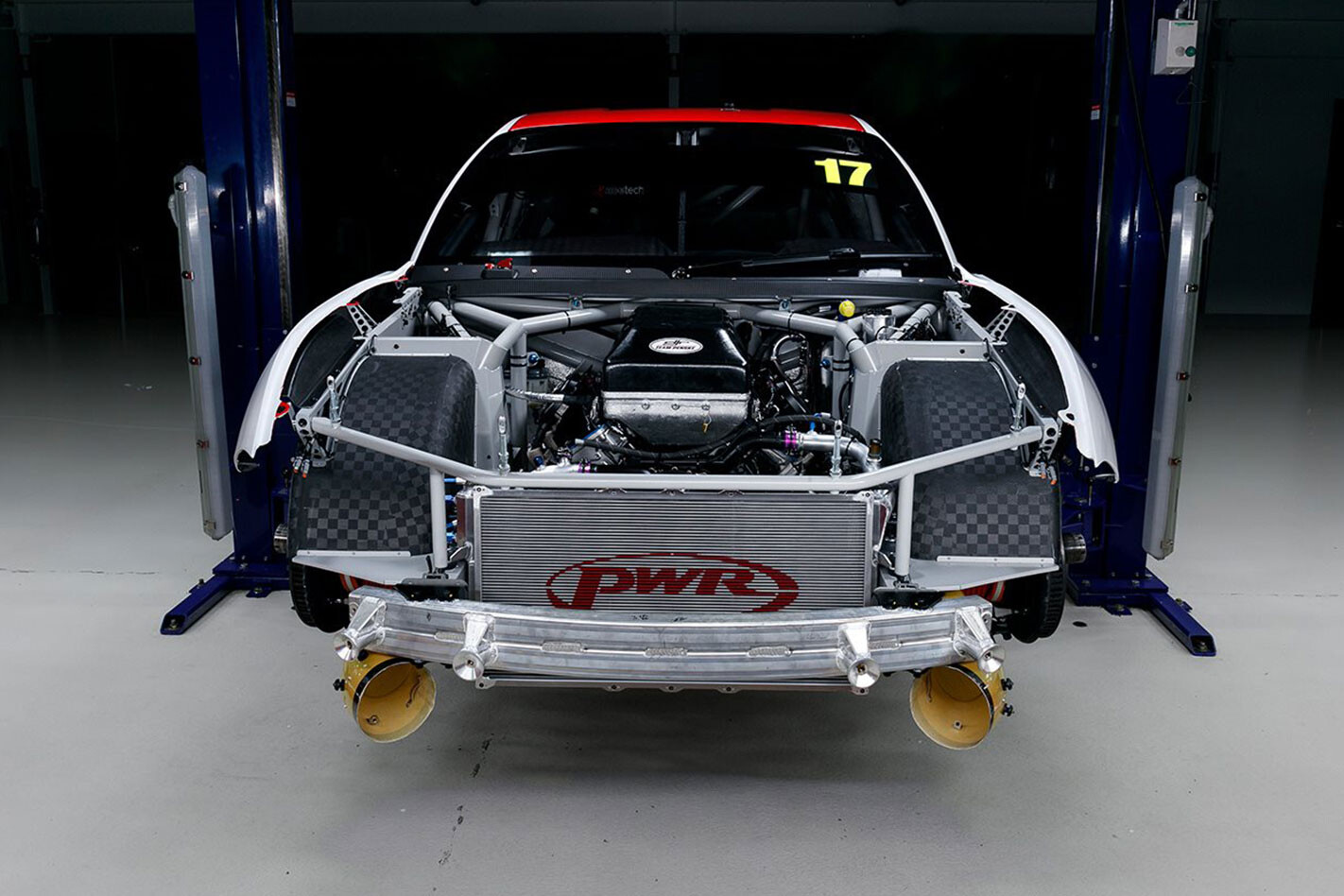 The sport’s current motorsport-centric 5.0-litre V8s make around 485kW with pushrod designs, but the new longevity benchmark, which should reduce costs, does introduce a compromise.

Supercar has provisionally released data figures listing power at 600hp, or around 447kW. That represents about a 10 per cent decrease and will most likely be policed with a cap that Story suggests DJR will meet with ease.

DJR is one of the teams responsible for homologating the Ford Mustang for competition use, meaning it's likely other Blue Oval teams will follow in using the Coyote-based V8 engine for 2022. 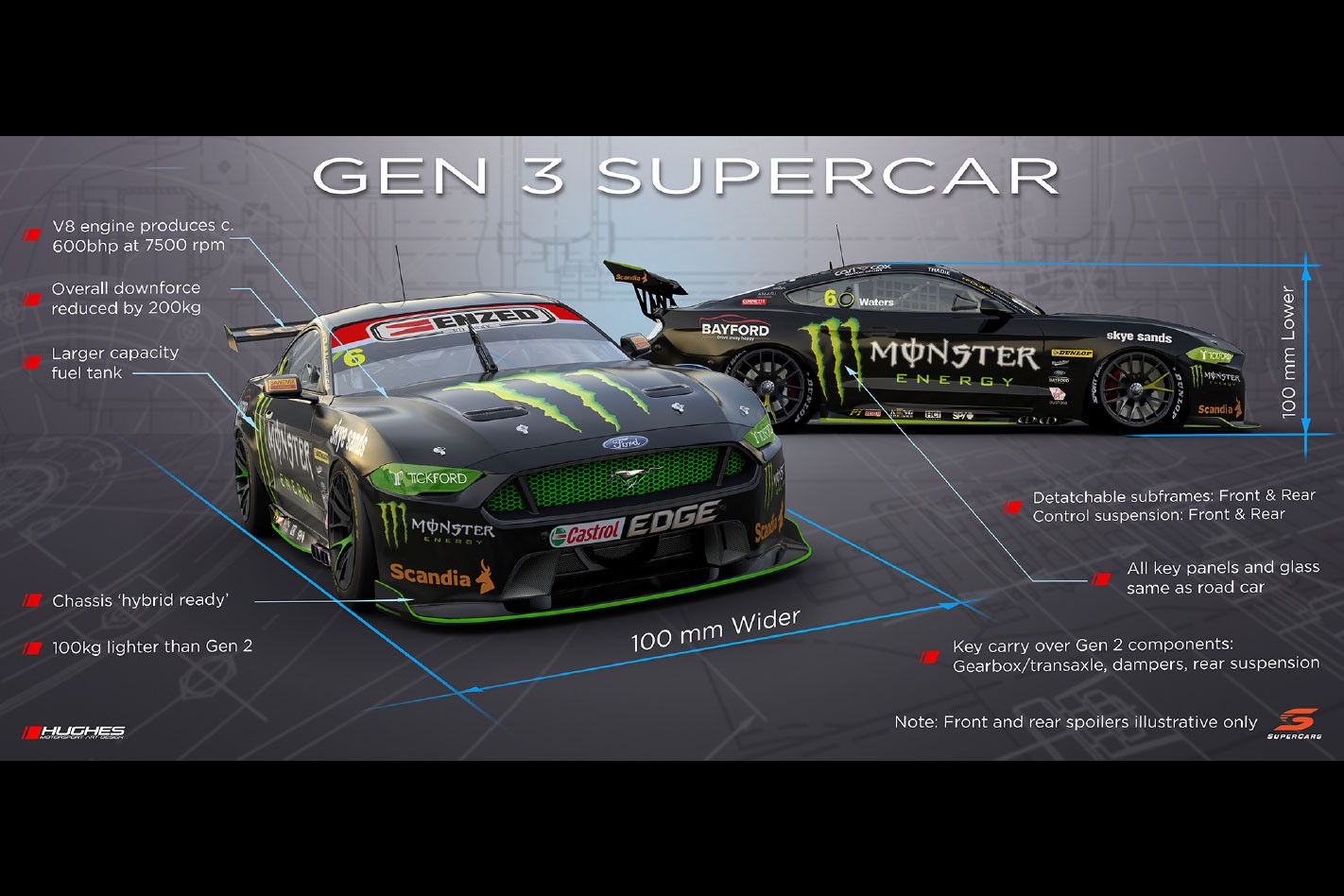 Story also has close links to the Supercar series body given he sits on the committee and Gen3 panel.

At the same time, Story confirmed that while Supercars have outlined cars are to hybrid-ready, they aren't quite there yet.

“The cars now are hybrid-ready with the transmission [and] transaxle that we run. But going to a hybrid platform is expensive,” he says, “and something that we remain open to but it’s not part of any firm future planning." 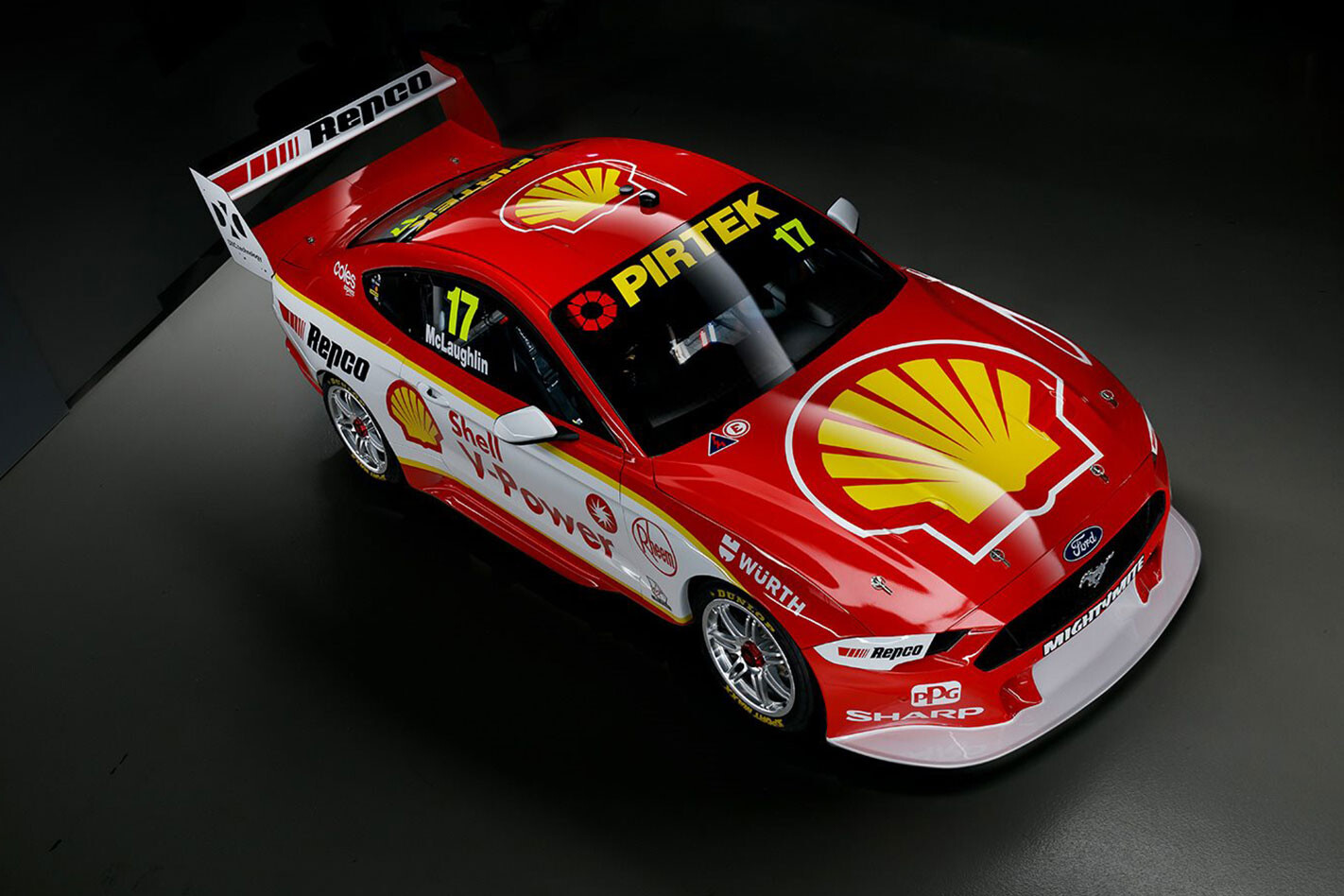 The current transaxle used by all teams is developed specifically for Supercars by Xtrac in the UK.

DJR's confirmation on its engine now shifts focus in the paddock to teams like Triple Eight Race Engineering and its boss Roland Dane.

The motorsport maven has outlined his admiration for GT3 cars and the Mercedes-AMG’s 6.2-litre V8 race engine, with which his team has already notched up 20,500km.

As for Supercars, he has not yet revealed what engine will power its Camaro racer, but he has stressed to Wheels magazine that DOHC tech is crucial to obtain needed increases in longevity.

Triple Eight is responsible for homologating the Camaro in time for the 2022 Supercars season, and judging from Story's comments, it could also be working on a production-based engine design. 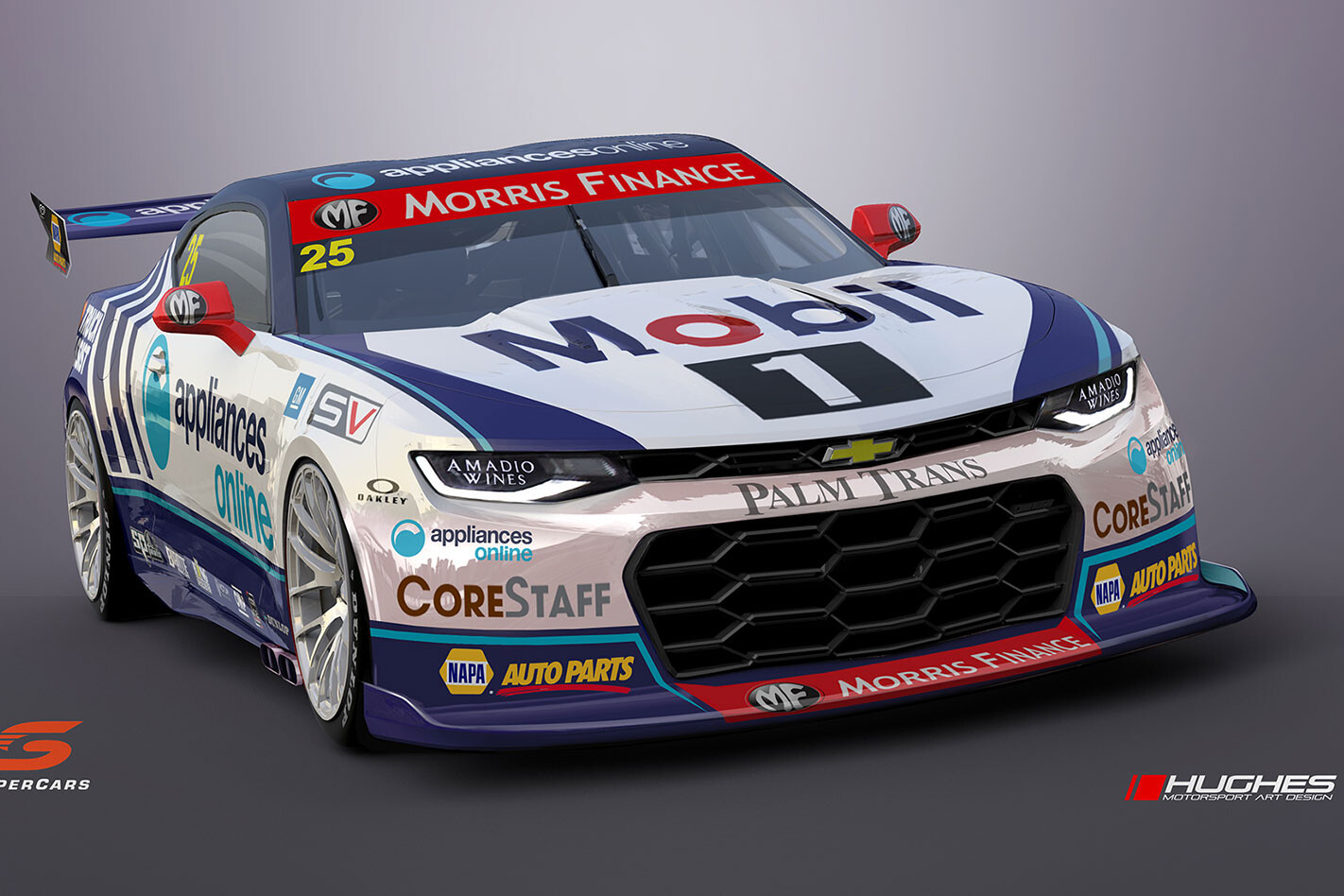 Dane has also stressed, like Story, that parity is fundamental, while also saying the engines need to honour the spectacle.

“If they are too easy to drive, they will lose an awful lot of their appeal,” he said.