Crashed Bathurst-winning Mustang will be saved

McLaughlin’s wrecked car will be fixed, while Supercars investigates debris landing on balcony

DJR Team Penske has a busy week ahead of it, as the team races against the clock to build its champion-in-waiting Scott McLaughlin a brand-new Mustang Supercar in less than a week.

The Supercars series leader and defending champion was forced to sit out of the Sunday race on the Gold Coast after a spectacular wreck during qualifying.

McLaughlin attended a local hospital yesterday, but returned to the track once given the all-clear.

“That was the biggest shunt of my career, and its testament to the work put into these cars that I was able to walk away,” said McLaughlin. “Thanks to all the marshals and officials that helped me, and to Dr Carl and the Supercars medical team.

“I’m really sorry to my team, they’re going to have to put in some hard yards over the next week or so to get us ready for Sandown, but they are the best in the business so I’m sure we’ll be good as new in two weeks.” 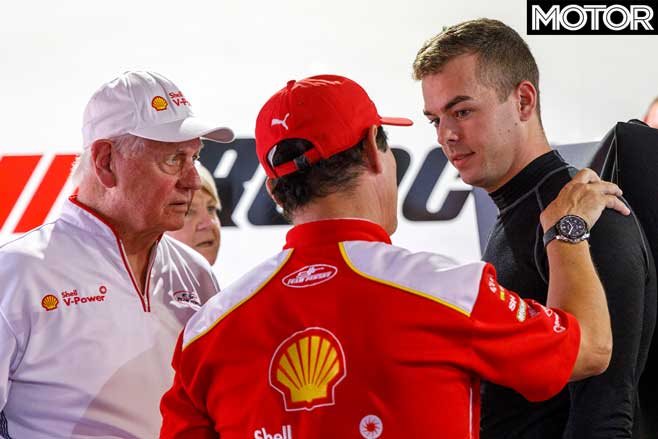 There were fears that the chassis – which was on track to claim the most race wins in a single year – was a write-off, but given its importance to the team as its first Bathurst winner, it will be repaired and rebuilt in the same specs that it won the endurance classic in.

The team had, according to its director Ryan Story, planned to retire the car at the end of 2019.

Now, though, the heat is on to build McLaughlin a new car for the upcoming Sandown 500 in early November. A fresh chassis will be built from the ground up, according to the team, but it will have to be done in just seven days. 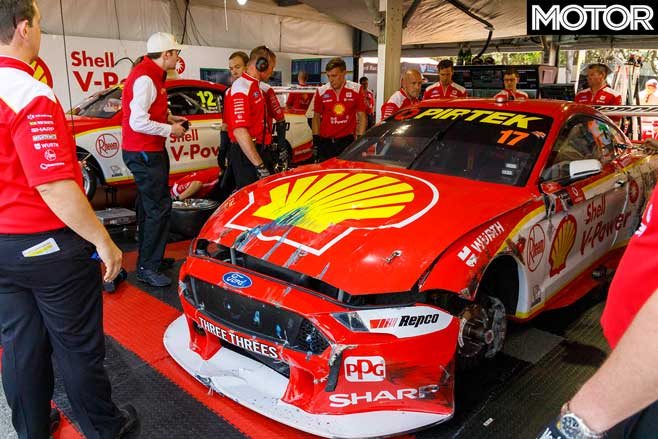 “It's a bare chassis, so it’s a full build,” confirmed a team spokesperson. “It would have been built up across the next couple of months to be ready for 2020.”

The wrecked car arrived back in the team’s base in Staplyton, Queensland on Monday, where any salvageable parts will be stripped.

Meanwhile, investigations are continuing into how a piece of suspension from the car ended up being found several stories up on a resident’s balcony. The damper/spring unit crashed through a table and damaged tiles on a verandah, but no one in the occupied apartment was hurt.

A statement released by Supercars yesterday confirmed the incident. “Supercars can confirm it is aware of an unofficial report regarding suspected debris going over the fence following the car 17 incident this afternoon,” it read. “CAMS and Supercars will conduct an investigation in to this incident. No further information is available at this time.”