FOR a peerless 19th time Porsche has won the classic 24 Hours of Le Mans for sports cars, while the jinx continues for Toyota after failing yet again in the world’s best-known endurance race.

Touted as a showcase of modern auto industry technology and a pointer to future propulsion of the car, the prominent failures during this year’s enduro certainly left many asking questions about the fast yet patently fragile prototype LMP1 machines. Are the car makers pushing the technological boundaries too fast and too hard? All five of the outright LMP1 prototype hybrid rockets struck serious problems at Le Mans, with only two finishing. 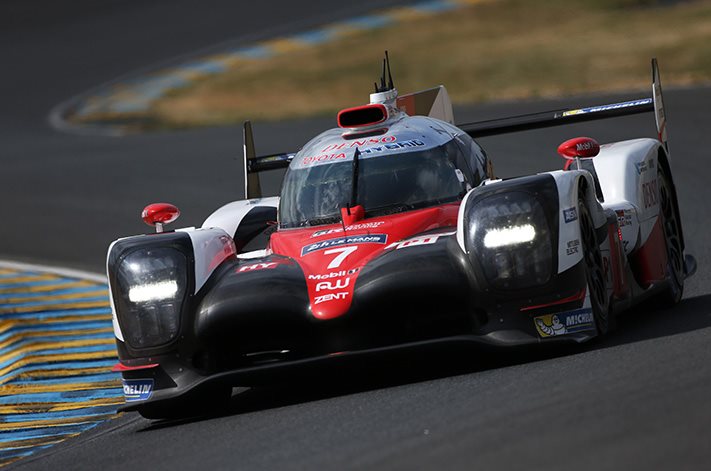 As one commentator asked rather brutally: why would any manufacturer be prepared to spend 200 million euros just to be humiliated?

Last year, Toyota got within five minutes of a breakthrough triumph in the 24 Hours of Le Mans, its long-awaited maiden win ripped from the Japanese giant when its leading car failed cruelly and publically on the penultimate lap. Crushing.

Rather than be emotionally obliterated by heartbreak of 2016, Toyota regrouped, built a better mousetrap and returned utterly determined to finally post a win.

And after posting a stunning pole, Toyota’s hopes were lifted higher. Porsche felt it may need a miracle.

With unstinting efforts from their hard-working  crew on the #2 Porsche, German Timo Bernhard and New Zealanders Brendon Hartley and Earl Bamber produced a quite remarkable victory out of an almost impossible scenario. 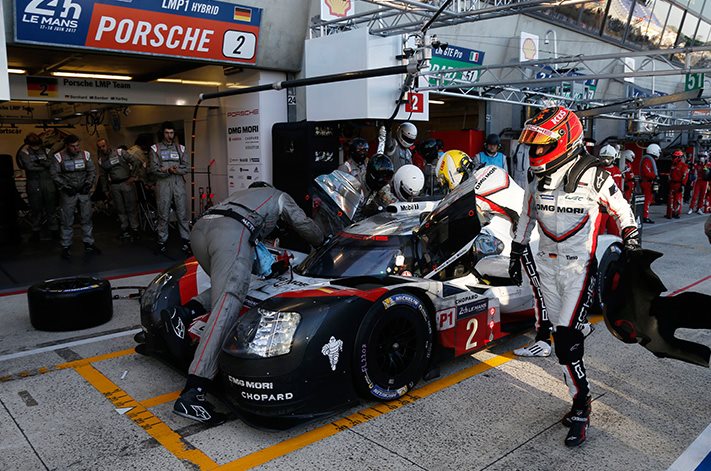 The previous evening, the Porsche #2’s race was effectively over after it was forced to the garage to fix a serious front axle drive issue.  It was stationary for 70 minutes, returning after some feverish pit work, with the target of perhaps banking some valuable World Endurance Championship points.

To the surprise of no-one and the delight of Toyota Motor Corporation president Akio Toyoda watching from the pit box, Toyota’s quickest car, the #7 of pole setter Kamui Kobayashi along with Mike Conway and Stéphane Sarrazin took control of the race early and into Saturday evening.

The #1 Porsche 919 of Andre Lotterer, Nick Tandy and Neel Jani struggled to stay in touch with the lead Toyota and ahead of the #8 rival of Sébastien Buemi, Anthony Davidson and Kazuki Nakajima.

The Toyota #8 lost all chance towards the end of the eighth hour when it was pushed into the garage for a time-consuming replacement front motor and battery.

Then came the pivotal moments of the race early Sunday morning when the other two Toyotas retired within half an hour of each other after a long safety car period to sweep gravel from the track.

“The car was running very well and we were just taking things steady, building a gap at the front. Then after the safety car, I just had no power,” car #8’s Kobayashi said. 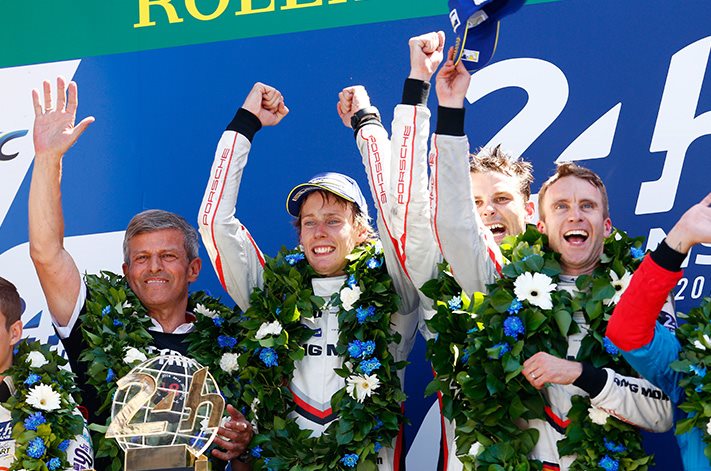 The twin retirements left the favoured Japanese team reeling, and down to the much delayed #8, which had fallen way back in the order.

Elevated into a huge lead by the LMP1 attrition, Porsche’s #1 drivers Andre Lotterer, Nick Tandy and Neel Jani rolled off the throttle to lap at a conservative pace through the sunrise happy hour and brunch time.

There was another twist to the tale.

Just after 11am local time, and when leading by 13 laps, Lotterer slowed with his combustion engine losing oil pressure.  He was told to switch off and try using electric power to limp to the pits.

He didn’t make it, abandoning his 919 and leaving the 260,000 spectators with the almost unspeakable prospect of a mere LMP2 car winning Le Mans outright.

After all, the LMP1 cars, bristling with futuristic hybrid technology and 1000 horsepower, are pre-ordained to win. LMP2 cars, with only 600 horses from their off-the-shelf Gibson 4.2-litre V8 engines, are a support act, and maybe 10-14 seconds slower around a 13.629km lap of a circuit blending purpose-built racetrack with imperfect country roads.

The demise of the leading Porsche galvanised the #2 crew into a glory-or- bust mission to make up the several laps to the Oreca. Into the tense final hours, Hartley threw himself into the battle, frantically slicing through the slower cars as he charged towards the front. The speed difference looked scary but steadily the Porsche bridged the gap with finishing driver Bernhard eventually scooting into the lead 67 minutes from the 3pm finish and going on to win by a lap. 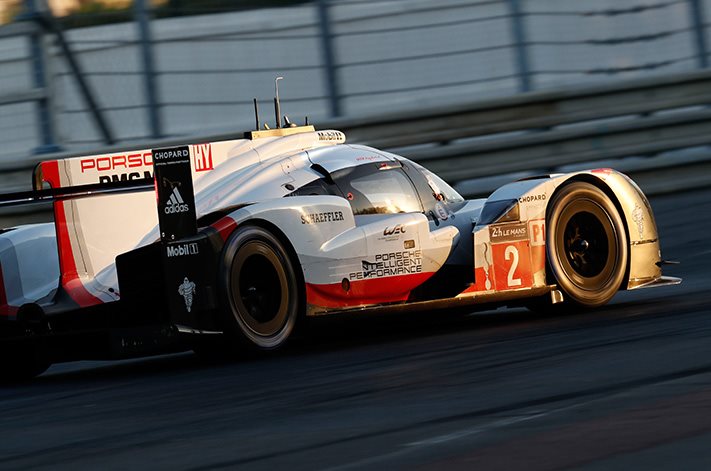 The winning Porsche completed 367 laps, a long way short of the record distance.

It was another manic, hard-to-believe, Le Mans. The look on the drawn faces in the Porsche garage suggested they knew it was a lucky win. From dead last the previous evening, to first. It was also Hartley’s first victory but the second for the other drivers of car #2.

Bamber, a winner two years ago, reflected on the dire situation Saturday night when he, Bernhard and Hartley returned to the track many laps down in the repaired #2, but somehow hopeful of some WEC points. “Then on Sunday morning the focus shifted to the possibility of a podium, and then soon after, we were chasing the win.”

Just 49 of the 60 starters got to the flag. Pointedly three of the five apparently fickle outright LMP1 cars gave themselves early marks, while the other two had long mid-race mechanical overhauls.

The LMP2 cars were very reliable, as were the production-based GT cars. Is there a message there?

Congratulating Porsche, he apologised to the Toyota fans for not living up to expectations, and his team the drivers who couldn’t drive “all out”.

Then he added: “While the hybrid technology that has advanced through competition in the FIA World Endurance Championship puts its abilities on display in six-hour races, it might be that it is not yet ready for the long distance of the 24 Hours of Le Mans.

“The power of electricity is absolutely necessary for cars take on a more-emotional presence.

“Le Mans is a precious laboratory in which we can continue to take up the challenges related to the technologies involved, putting such technologies to the test in an extreme environment.

“We will hone our technologies even further and ripen them to provide our customers with technologies that will truly make them smile. And we, Toyota, will go on making effort after effort so that we can continue making ever-better cars.

“We invite you to look forward to what we will be able to achieve.”

An interesting sidebar to the tale; Le Mans-winning car #2 is the Porsche ride that Mark Webber walked away from and into retirement at the end of last year. 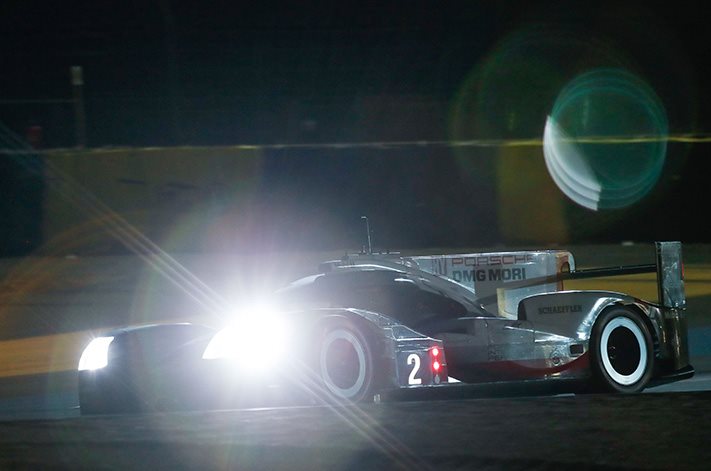