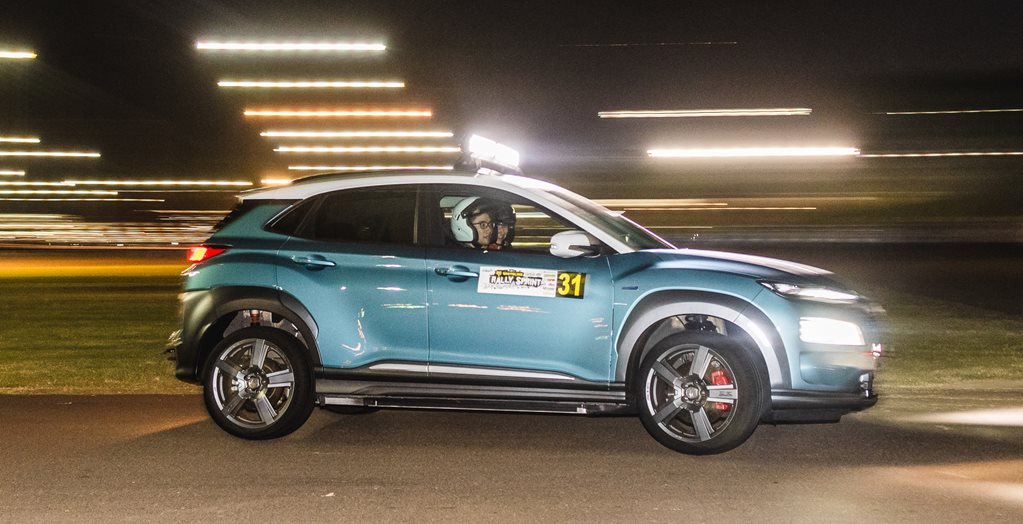 The grey-white smoke drapes the night like a fog, swirling in the headlights of 80 cars competing at the twilight tarmac rally at Sydney Dragway, near Eastern Creek. And there’s so much of it…

A Hyundai Kona EV – one of just two in the country – silently glides out of the fog, and only then does it become apparent just what the smoke is.

“Umm, I think I’ve worked out how to turn off the traction control,” Hyundai’s product planning coordinator Tim Rodgers calls out sheepishly… This is no ordinary electric Kona. 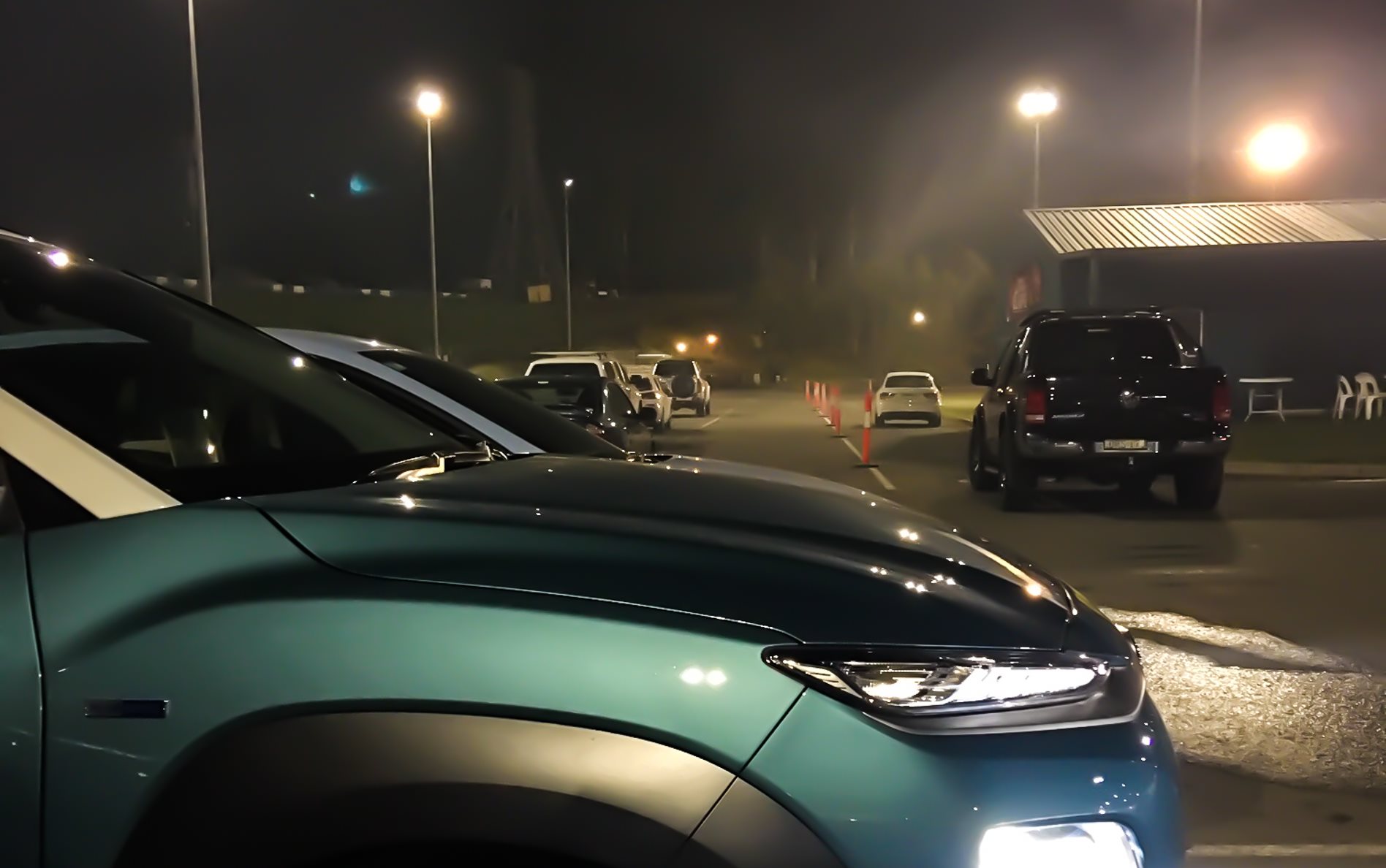 We’re out at the Whiteline Twilight Tarmac Rally in western Sydney, which happens once a month or so over the summer, and the Hyundai techs have come out to play. Given that the event is run as a supersprint format, there’s no need for roll cages and the like, and the 3.4km long circuit is a great place to, erm, try things out.

The Kona EV in question is one of two evaluation cars on site at Hyundai’s Sydney HQ, and it’s been prepped to play. The stock wheels and tyres were replaced with 18-inch OZ Racing and Michelin Pilot Sport Cup 2 items from the i30 N spares pile, along with drilled front brake rotors, i30 N calipers and pads.

A pair of light bars have also been swiped from an i30 N that ran at the last sprint, mounted high on a single roof bar and wired together with liberal amounts of duct tape. 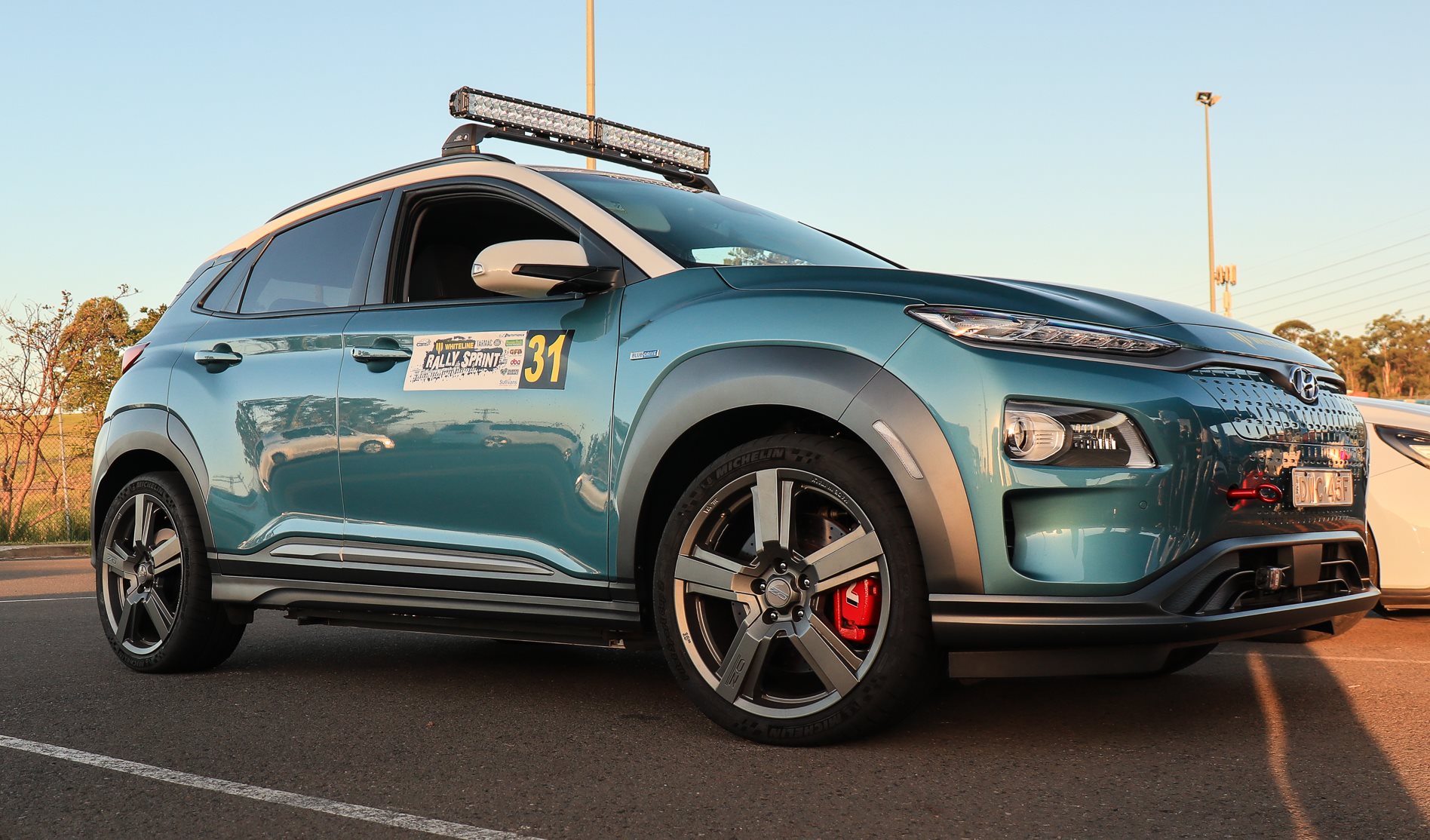 The Hyundai crew is also doing some testing with its recently announced Targa Tasmania factory driver and part-time MOTOR steerer Brendon Reeves, but it’s the teal green Kona that’s getting all the attention. I’m sworn to secrecy until the Kona is released; “it’s not what you would call an ‘official’ test,” smiles Hyundai’s head PR honcho Guido Schenken.

And the Whiteline Twilight Tarmac Rally is a perfect place to have a play, as it turns out. “It’s a bit hard to get deep into the systems to work out how to turn traction control and the like all the way off,” confesses Tim, who tells me the car is a “blast” to drive, despite its weight.

“The brakes and tyres really help,” he grins, before gliding silently into the queue for his next run, between a snorting MkII Escort and a menacing Evo X on steroids. 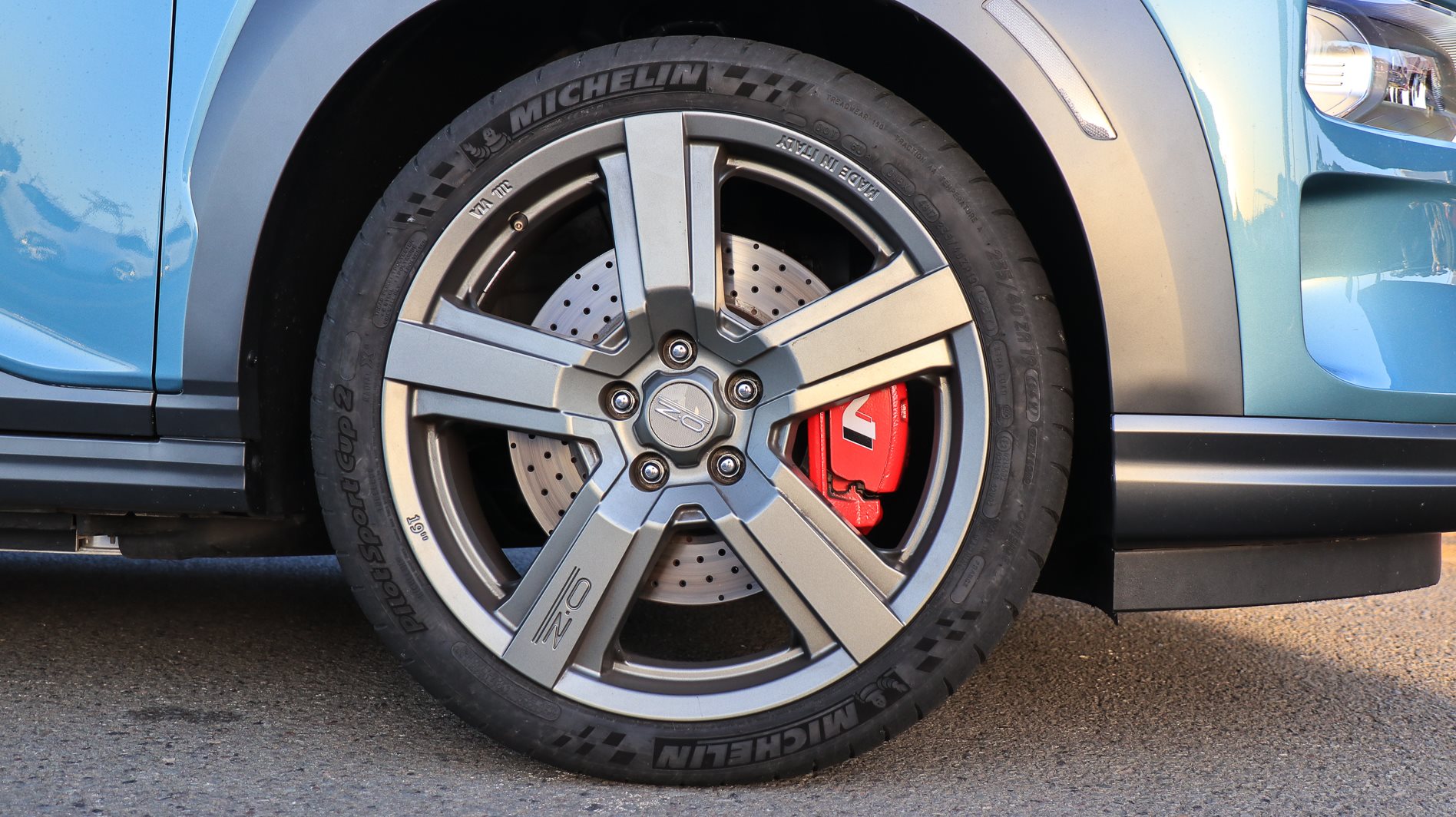 And it’s obvious that the Kona, despite looking more out of place than a schnitzel sandwich at a spin class, has some snot despite its 1700-plus kilogram heft. Every one of its 395Nm is instantly available through the front tyres, and that huge 64kWh battery pack is slung low in the car for better weight distribution.

No one was keen to let me see how much range was being burned with the sub two-minute runs, but with a claimed range of 400km, there was little danger of needing to find a three-phase plug to get it home. 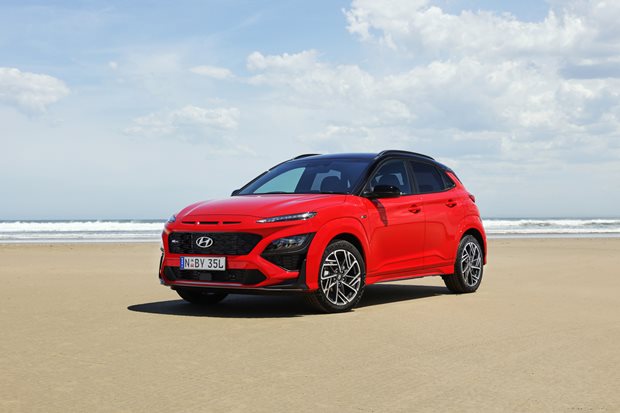 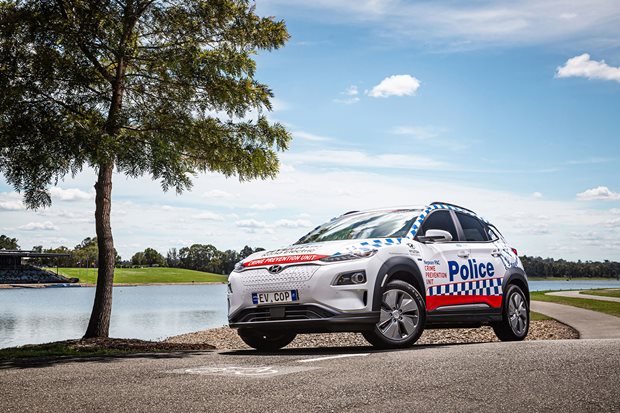