YAMAHA’S Maverick Viñales, the young gun recruit whipped away from Suzuki to replace the departing Jorge Lorenzo this year, has confirmed what the smarties had been saying for some time – that he is a potential world champion.

The new kid at Yamaha was also fastest during earlier testing at Sepang and Valencia; he has now topped the time sheets at every test to date this year. Okay, testing isn’t always an indicator championship prospects, but on what we’ve seen last year and so far this year, Viñales is certainly in the mix for a crack at the title along with Marquez.  The rest have yet to establish any serious title credentials.

Looking right at home on the Yamaha at the Island, Viñales ended the Australia test ahead of the Repsol Honda Team pair of Marc Marquez in second and Dani Pedrosa in third.

His teammate – nine-time world champion Valentino Rossi ended the Australian test days 12th on the list of combined times, sinking any thoughts that he might get things easier with the departure of Lorenzo, who finished eighth fast overall on his Ducati (one place back from teammate Andrea Dovizioso.

The fastest rookie on each of the three days was Germany’s Jonas Folger (Monster Yamaha Tech 3) who  was fourth fastest but despite a crash still ahead of 2016 Australian GP winner Cal Crutchlow (LCR Honda). 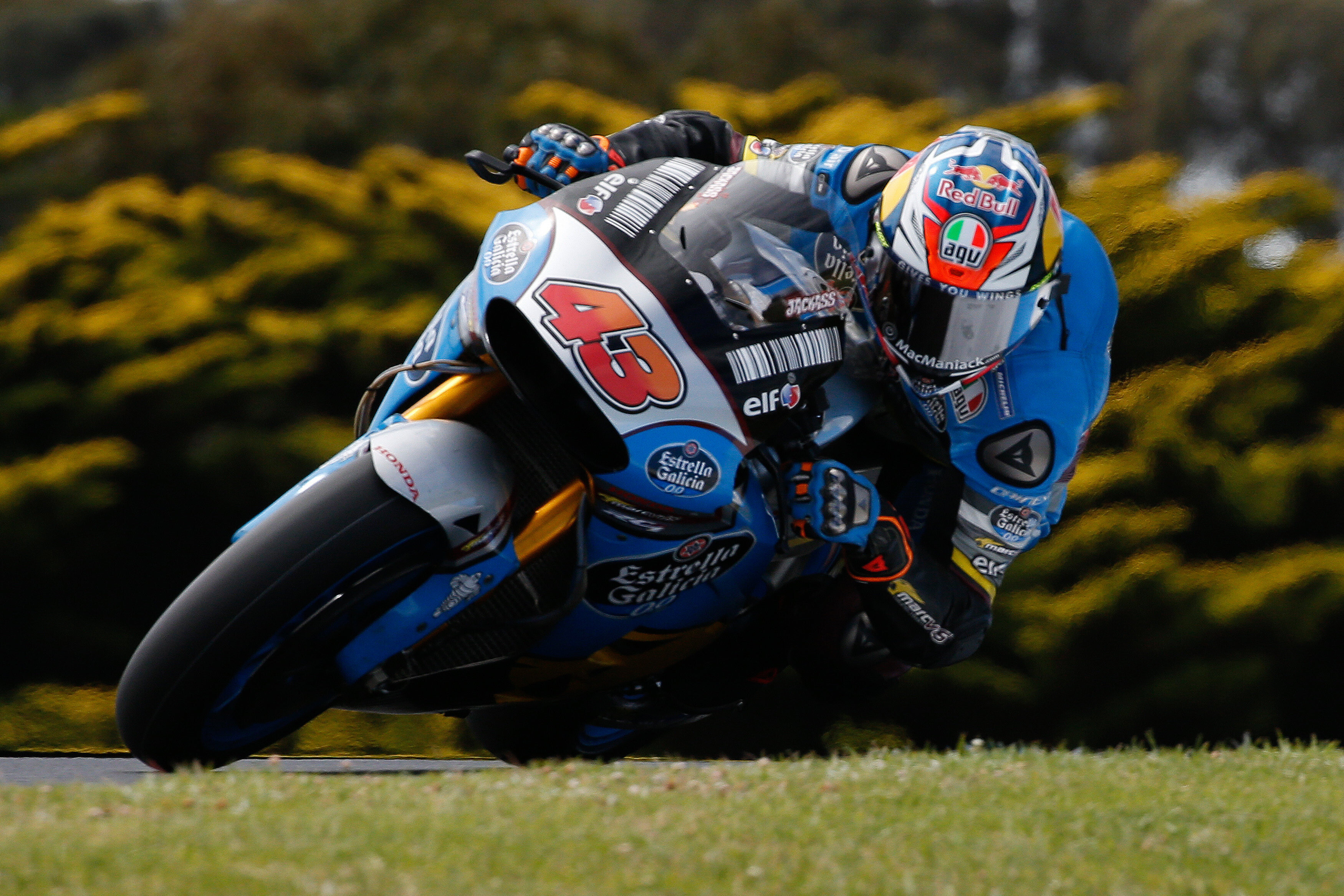 Next up is Losail International Circuit for another test – the last – from the March 10-12, before the lights go out at the same venue later in the month and the 2017 championship hits the gas.

Heartbreak for Mawson in MRF Challenge

It was so near and then ultimately a massive letdown in Chennai at the weekend for Australia’s rising young star Joey Mawson whose crack at the MFF Challenge ended in a tie with British racer Harri Newey – and a loss after the tie breaker rules were applied.

The overall winner was then determined by the number of race wins.  Newey, the son of Red Bull Racing tech genius Adrian, was declared the victor.

“It hurts to lose by so little," said a disappointed Mawson afterwards, adding “I now I know how [Felipe] Massa felt in 2008".

But Mawson, who last year beat Mick Schumacher and Newey to win the German Formula Four Championship, said the MRF Challenge, held across Asia in the northern winter, was invaluable in keeping him sharp for the upcoming European season. He has certainly repaid the faith of Podium, a group of Australian backers and motorsports enthusiasts.

An announcement on his 2017 season will be made within a few days.

Mawson’s weekend of four races in Chennai brought a win and a podium, but struggles with car speed at times.

Qualifying was a let down on Saturday.  He was only seventh fastest, his worst result in more than a year.  Newey maximised his chances, and qualified on pole from Schumacher.

Some major changes to Joey Mawson’s car set up were evident in the first race, and he moved up to finish fifth, setting the fastest lap of the race.  Newey won the race from Schumacher and Ralf Aron.

The grid for race two gave Mawson the chance of redemption, the grid being the top six reversed.

From the outside of the front row, the Australian pounced into the lead before the first corner, and again set the fastest lap en route to a crushing eight-second victory from Aron. Newey was fourth; Schumacher sixth. 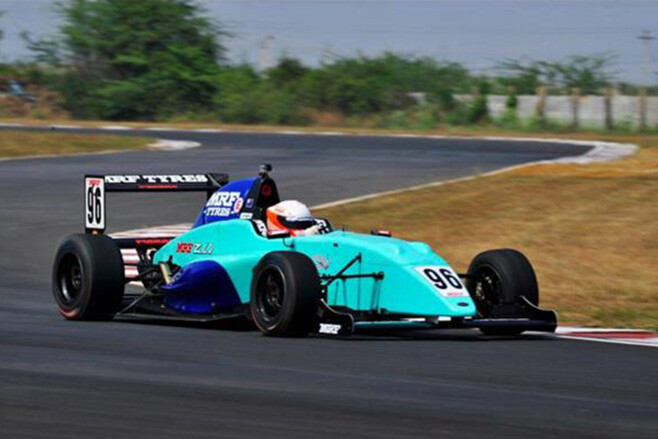 In race three, Newey won from pole, with Mawson fourth after starting sixth while Schumacher crashed out, ending any chance of winning the series.

Then came the race four decider. Mawson got away well from pole with Newey in second, with Schumacher third.  All three were on old tyres, and Mawson was struggling most.  He stayed in the lead until lap 11 or 15, when he had a moment, allowing Newey alongside and then to the lead.

Newey went on to win, setting the fastest lap on the last lap of the race, giving him the two extra points needed to equal Mawson’s tally.

Okay, remember this fact; the last 11 season Indycar championships have been decided at the final race of the season.

Power, recently a dad for the first time, won at least one Indy car race in each of the past eight seasons.  Since 2010, Power has never finished worse than fourth in the standings. 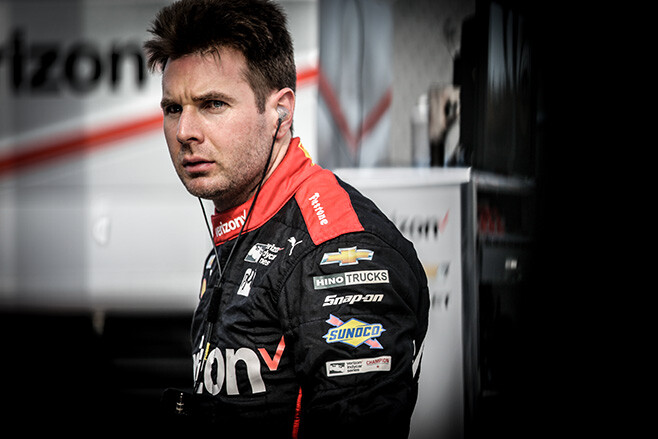 Gearing up for another Indycar crown again with Team Penske, Power, who turns 36 next month, was fifth fastest at the Phoenix test.

The Queenslander was one of the 21 drivers and cars present at the open test at the one-mile, low banked Phoenix Raceway and the signs after  two days and nights, and more than 5000 laps run on track (collectively), the competition for the upcoming 17-race season looms as tough as ever.

Cars propelled by Chevrolet engines and aero kits dominated the day sessions of the Phoenix Raceway open test, while those with Honda equipment filled out the top of the leaderboard for the night running. JR Hildebrand, who returns to a full-season ride this year with Ed Carpenter Racing, claimed the bragging rights of the fastest lap of the test at 193.234 mph (19.0401 seconds) in the #21 Fuzzy’s Vodka Chevrolet. That’s quick, better than the track record established last year by Helio Castroneves, but not registered as an official mark because it did not take place during qualifications or the race.

Hildebrand also had a huge moment later, clipping Power with the right front wing and tearing off part of it.  Hildebrand eased off but going into a turn his unsettled car understeered into the wall.

The 2017 Verizon IndyCar Series season opens with the Firestone Grand Prix of St. Petersburg on the 1.8-mile temporary street circuit, on March 12.

Putting their knowledge of local roads to great use, the Launceston pairing of Trevor Macleod and Scott Hunter have banked the overall win at the inaugural running of the of the Burnie-based Targa North West, an event touted as an ideal tune-up for the annual Targa Tasmania.

It was a giant-killing act Macleod and Hunter in their Subaru WRX STI as they came out on top in a close and intense fight with the very experienced fellow Tasmanians Jason and John White in their V10 Dodge Viper ACR. 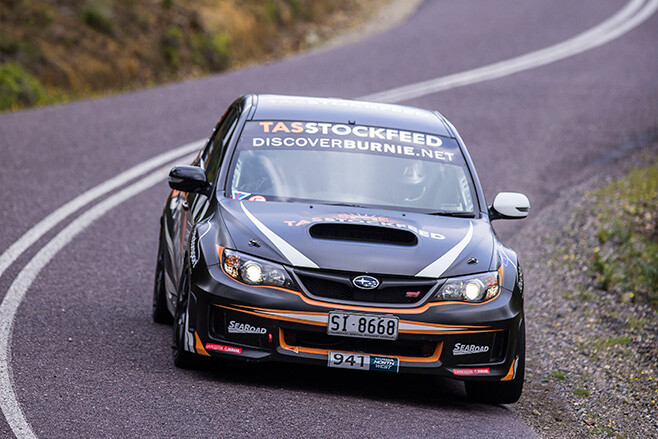 The conditions were tricky for the one-day event, with the Hellyer Gorge stage dry and Savage River stage wet, providing an intriguing battle between the two-wheel and all-wheel drive cars.

Macleod and Hunter won Targa Hellyer Gorge last year, so the pair came to this event with form.  On the amazing Savage River stage they made the most of their AWD advantage to take very handy lead into lunch. They then repeated the effort on the reverse of the stage to enter the return trip through Hellyer Gorge with a comfortable lead and then drove smartly on the final stage to secure a very well-deserved overall win.

Naturally, the Launceston stockfeed business owner was delighted with his win.

“We’ve only been doing this for three years and we came into it with no motorsport experience before that, so how cool is it to be able to get out on the roads we grew up with and go out and get a win,” Macleod said.

“We are building up each event – picking up more knowledge and improving every time out.

“I enjoyed the tight twisty stuff even on Savage River, even in the wet today. It’s a sensational stretch of road and really suits the Subaru STI.”

All eyes will now focus on the 26th running of Targa Tasmania from April 24 to 29.