Mercedes-AMG has reinstalled the A45 AMG as the hottest hatchback in the land thanks to a power boost to eclipse the Audi RS3 Sportback.

The 2.0-litre turbocharged four-cylinder in the facelifted A45 AMG scores a reconfigured valve assembly and retuned turbo to now produce 280kW (at 6000rpm) and 475Nm (between 2250rpm and 5000rpm).

Ratios three to seven inside the dual-clutch automatic have been shortened, helping drop the 0-100km/h from the previous claimed 4.6 seconds to just 4.2sec – now a tenth faster than a certain Audi rival.

At the same time, its economy remains at an identical 6.9L/100km, partially thanks to a new transmission function called “sailing” that decouples the auto entirely when coasting to save juice. 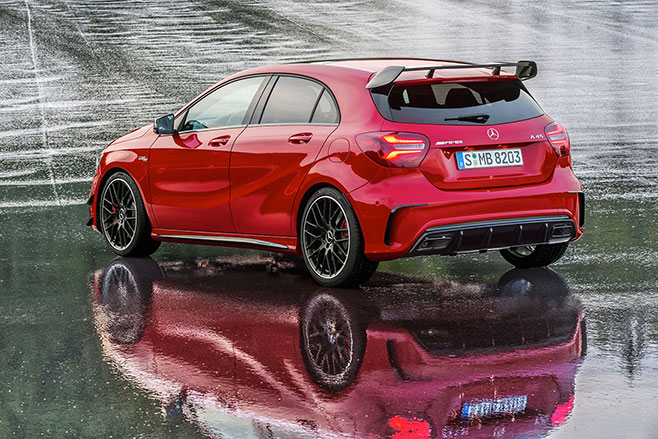 The A45 AMG (and little brother the A250 Sport) for the first time gets the availability of two-mode adaptive suspension, potentially addressing a criticism of the outgoing model that it was too harsh during regular driving.

For hard punting, conversely, there is now the option of a front mechanical limited-slip differential. The 4MATIC all-wheel drive system still portions 50:50 front/rear but the new diff at the front replaces the previous system that electronically pinched a brake on either side to help add cornering control.

Both options add to the new-and-standard AMG Dynamic Select that mirrors that in the new C63 and GT. It offers Comfort, Sport, Sport+ and Individual modes to alter throttle response, two-stage ESC and steering weight. Add the combined diff and adaptive suspension to the mix and a Race mode is further added, offering an even less restrictive ESC and ensuring the transmission stays in the lowest possible gear at all times. 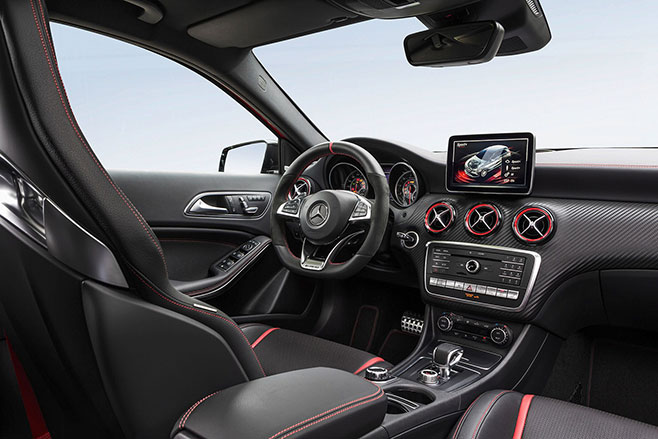 Other new tech that is standard includes full LED front lighting and a larger 8.0-inch colour display (up one inch from before) with Apple CarPlay and MirrorLink connectivity.

Mercedes-Benz Australia says the new A45 AMG will go on-sale here either late this year or early next year, confirming the diff and damping options will be available but not if they will be standard.

Pricing isn’t finalised, but the current $74,900 A45 AMG limbos in under the luxury car tax threshold (for models not exceeding 7.0L/100km) by just $100 – and anti-LCT Benz likes the idea of it staying that way. 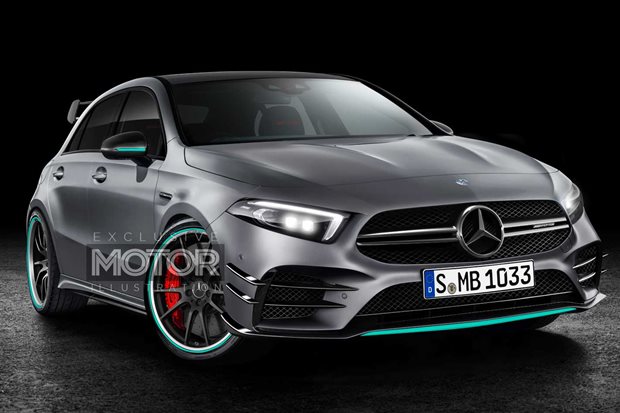 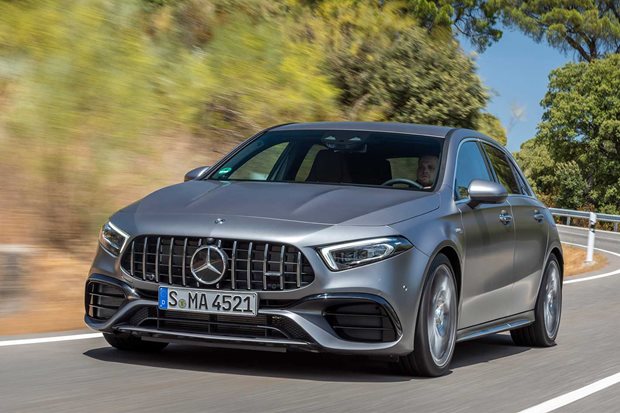 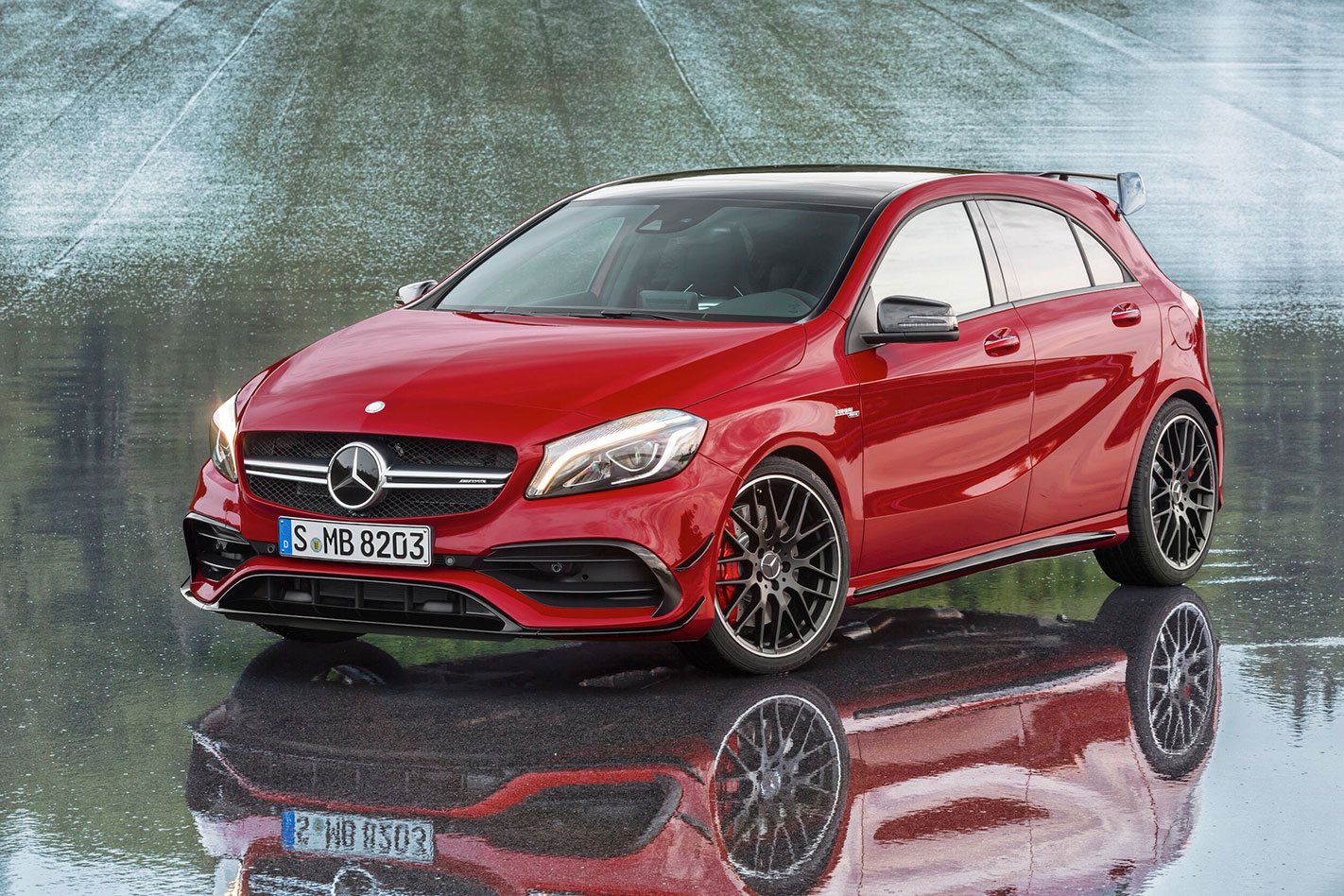 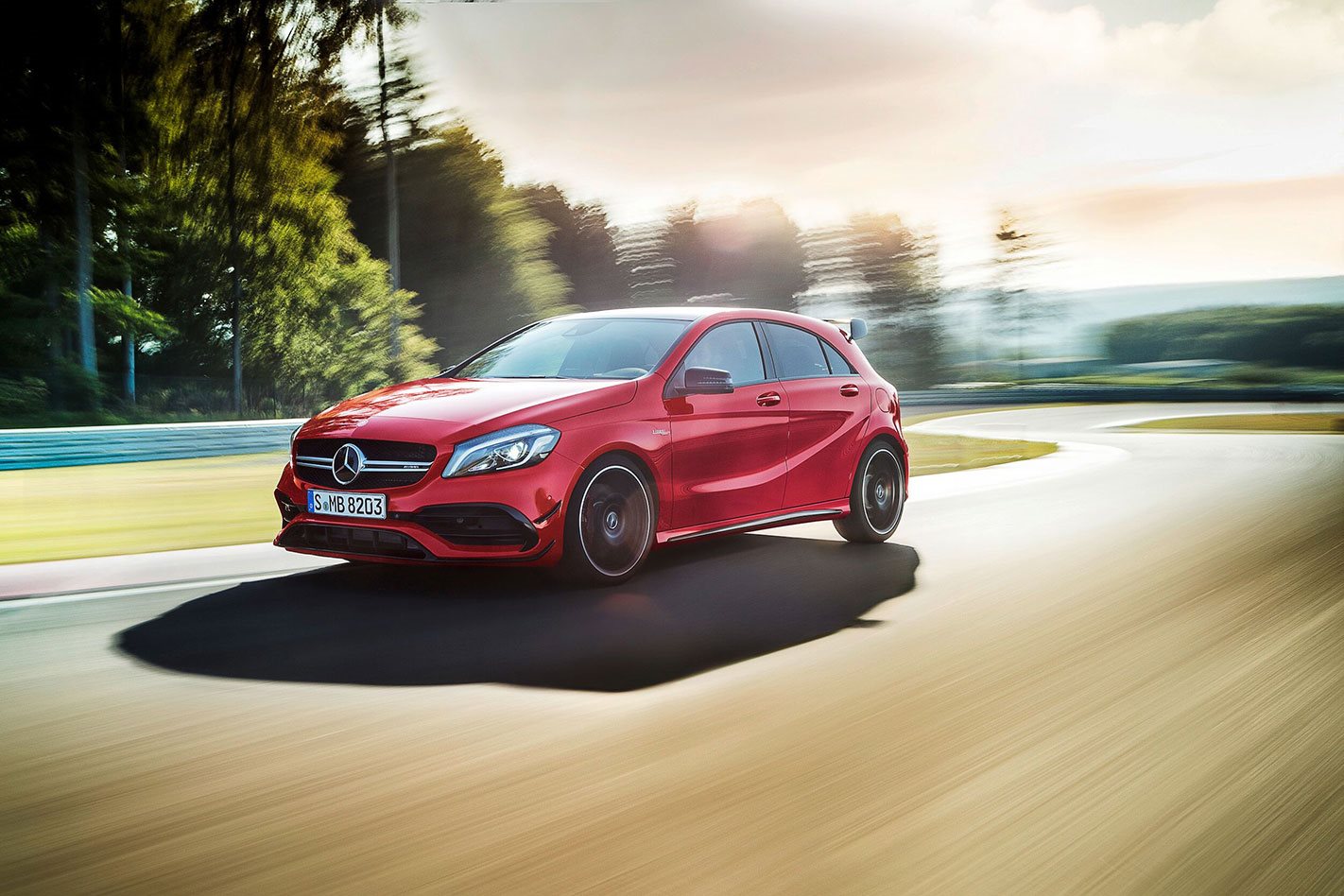 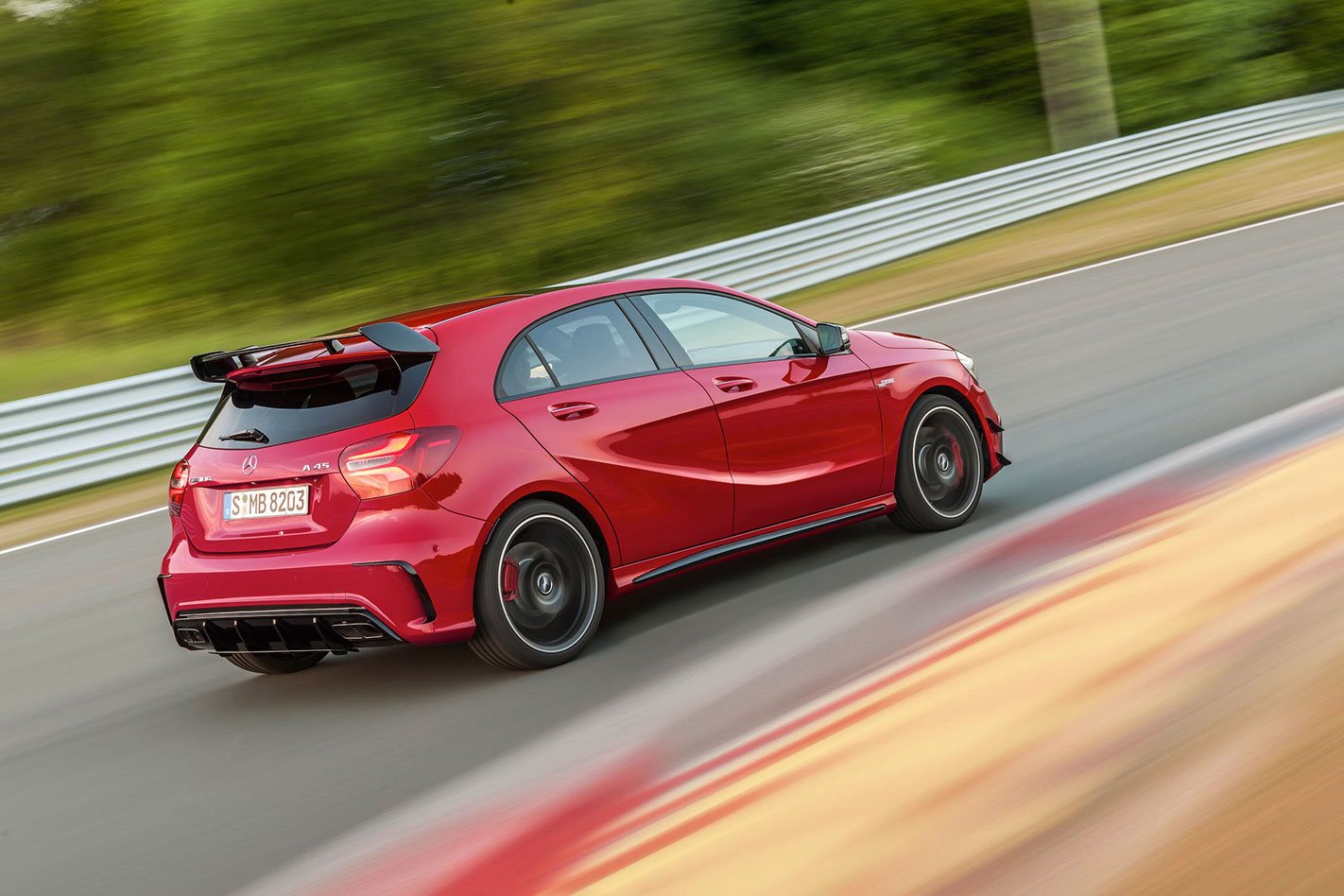