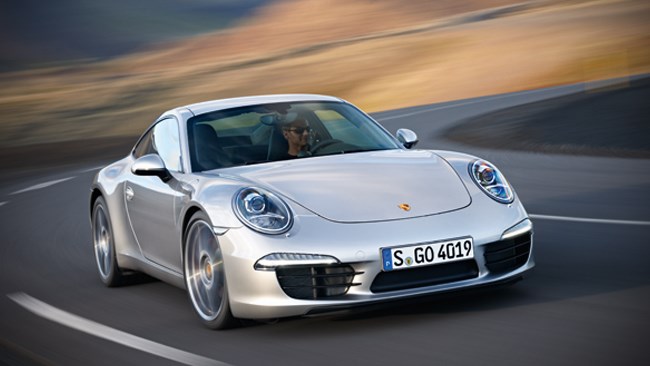 This is the 991 evolution of Porsche’s achingly brilliant 911. It’s 40 kilograms lighter, thanks to a mostly aluminium body, has a 100mm longer wheelbase, wider front tracks connected to a new electric steering system, an all-new seven-speed gearbox.

This is the 991 evolution of Porsche’s achingly brilliant 911. It’s 40 kilograms lighter, thanks to a mostly aluminium body, has a 100mm longer wheelbase, wider front tracks connected to a new electric steering system, an all-new seven-speed

As far as changes go over the 911 model’s 48-year lifetime, this is as new as new gets.

First, your eyes will have been drawn to the new 911’s rear taillights, because they’re the most visually different element of a shape that teases you with each model to pick out just what

From the front, the 991 sports a pair of bulbous headlights, spaced further apart, to give an impression of width. It’s exactly what Porsche design boss Michael Mauer intended. Twin airscoops are pushed to the extremities of the nose to further the car’s hulking stance, while the roof has been lowered slightly and the side window graphic lengthened to give it a ‘faster’ side profile. And then there’s the sexy new 20-inch alloys.

But the Carrera’s most significant redesign since the 993 is only part of the new 911 story. The new engine line-up is significant, mostly because Porsche has made a concerted effort than ever to improve their halo car’s fuel economy.

Both the Carrera and Carrera S engines were already direct-injected, but now they include technologies like start/stop, a ‘sailing’ mode when equipped with the PDK gearbox and brake energy regeneration to take the load off the alternator.

The top-spec 3.8-litre Carrera S engine remains, with power lifted 11kW to 295, and torque increased by 20Nm to 440. The interesting part is, both figures are almost 1000rpm further aloft in the rev range before you can achieve them, at 7400 and 5600rpm respectively.

The old base Carrera engine has been ditched, for a new 3.4-litre unit, but you’ve seen it before in the Boxster and Cayman S variants. Although it loses 200cc, the new flat six develops more grunt than the one it replaces, with 258kW at 7400rpm and 390Nm at 5600rpm.

In PDK form, this means the base Carrera will shoot to 100km/h in 4.6sec (0.1 quicker), with the Carrera S nailing it just 4.3sec (0.2 quicker). All this comes despite a fuel economy improvement of up to 16-percent, which you’ve got to admit, is a pretty significant gain, even if you don’t care.

Sure, the 991’s finessed PDK helps this, but the manual drivetrain isn’t left to rot in environmental hell either, with a new seven-speed ’box making its debut.

One of the most significant introductions in the 991 is the 100mm longer wheelbase, which improves stability by repackaging the car’s internals. Porsche sources say the introduction of the PDK gearbox in 997 Series II wasn’t the ideal packaging solution but the lengthening of the wheelbase has now allowed them to put in a better position. Their satisfaction with this set-up is evidenced by the fact the new seven-speed manual was manufactured to the same dimensions as the PDK so its location could be replicated.

Inside, the interior receives a comprehensive overhaul, using the rising centre console that first showed up in the Panamera and new Cayenne. One of the losers of this set-up was the manual handbrake – it’s now electric – but if you liked to handbrake-turn your 997 911 then you were kinda missing the point anyway. The door handle cluster and the instrument gauges are also new, and the whole interior feels fresher, and also more expansive. Porsche says improved cabin comfort was a key target for 991. 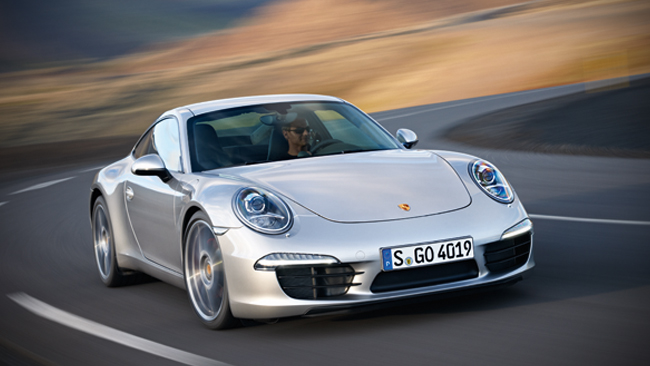 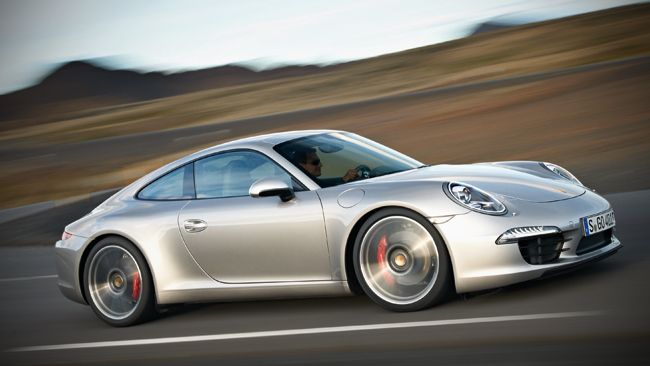 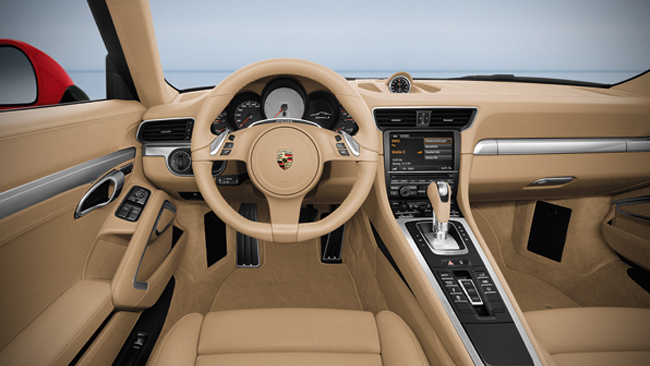