FORMER Porsche CEO Matthias Muller has pledged that Volkswagen will aim for industry leadership in compliance with standards, after being appointed head of Volkswagen Group.

Muller was confirmed as board chairman and CEO of VW Group at a Supervisory Board meeting on Friday.

He replaced Dr Martin Winterkorn a week after the group admitted it had fitted cars with software that allowed them to bypass emissions tests in the United States.

“My most urgent task is to win back trust for the Volkswagen Group – by leaving no stone unturned and with maximum transparency, as well as drawing the right conclusions from the current situation,” said Muller.

“Under my leadership, Volkswagen will do everything it can to develop and implement the most stringent compliance and governance standards in our industry.”

Muller was chosen ahead of Dr Herbert Diess, who said on Friday that approximately five million Volkswagen brand cars were among the 11 million worldwide fitted with the bypass software.

Other changes were also announced after the Friday board meeting. 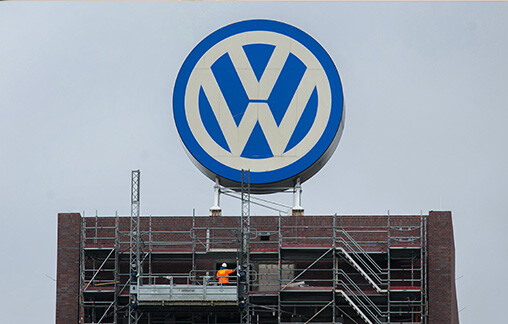 Dr Jurgen Stackmann, previously CEO of Seat, was appointed to the Supervisory Board, with Audi sales boss Luca De Meo taking over his former role.

Bernhard Maier will take over as the boss of Skoda, after Prof Dr Winfried Vahland, formerly Chairman of the Board of Directors at Skoda, was announced as a board member and head of VW Group’s operations in North America.

Volkswagen North America CEO Michael Horn has not been removed and will remain head of the Volkswagen brand there.

On the product front, Porsche, Bentley and Bugatti will now be grouped together to produce a ‘modular tool kit’ shared platform for sports cars, including a ‘mid-engine toolkit’.

Around the world, Volkswagen has been criticised for failing to contact customers to reassure them of the legality and safety of their vehicles.

While it has embarked on a major restructure from the top down, starting with Mueller’s replacement of Winterkorn, VW customers are yet to be told whether if any action is required of them.

The software has been fitted to VW Group vehicles using the EA189 1.6-litre and 2.0-litre turbo-diesel engines, which includes the Mark VI VW Golf, previous generation Audi A3 and various Skoda models. VW is yet to issue an official list of which cars are affected.