First it was F1, now Honda is returning to GT3 racing

First it returned to F1 with McLaren and now Honda is preparing to race in the FIA GT3 class with this fully homologated NSX GT3.

Officially slated as an Acura – Honda’s US luxury brand – the NSX GT3 will have its racecar body built in the same Ohio plant that exclusively produces the production road car. Enlarged bonnet vents, front bar diffuser and a large deck wing spoiler point to the major changes over the regular NSX.

The 3.5-litre twin-turbocharged V6 petrol engine uses the same block, heads, valvetrain, crankshaft, pistons and dry sump lubrication system as the production car. However it trades the heavy hybrid and all-wheel drive systems, and nine-speed dual-clutch transmission of the road-going NSX for petrol power only, rear-wheel drive and a six-speed sequential racing gearbox. 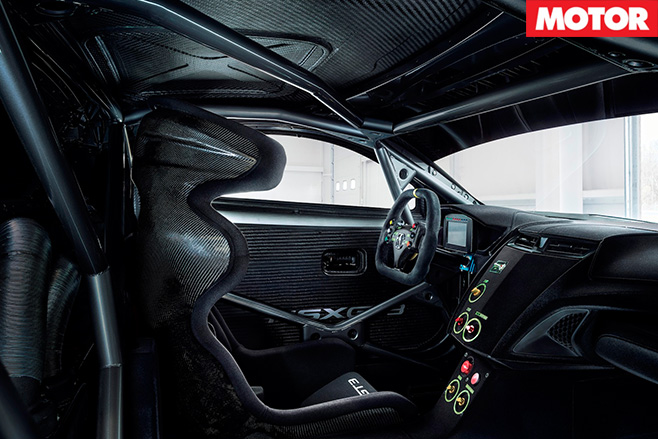 It might just prompt enthusiasts to shout about a petrol, manual, rear-drive production NSX (and we’re happy to lead the charge there).

Honda says “initial development” of the NSX GT3 took place in Japan with the company’s racing arm testing the vehicle on circuits both locally and in Europe. The car will now enter an “additional development” stage including final homologation work to be done by Honda Performance Development (HPD) in California.

“The NSX was designed as a pinnacle expression of Acura Precision Crafted Performance, and we're looking forward to proving out its ultimate performance capabilities in GT3 racing,” HPD said in a statement. 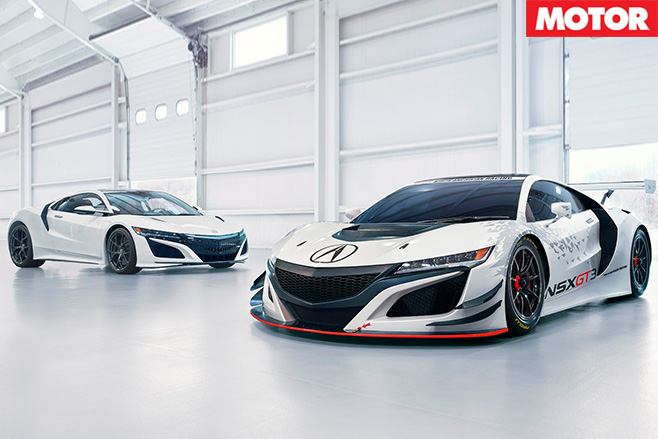 “We'll be working with the NSX engineering teams in Ohio and Japan to bring our dream of a truly world-class new Acura NSX racecar to fruition.”

It all means the once iconic Japanese supercar nameplate will now rub fenders with European rivals such as the Audi R8, Ferrari 488, Lamborghini Huracan, McLaren 650S and Porsche 911 both on the road and on the racetrack.