It’s the angry son of P1, so should Porsche and Ferrari be worried?

McLaren is releasing new models at an astonishing rate.

In 2011, it entered the supercar domain with the competent but, to some tastes, visually bland 12C. One year later, along came the dynamically more ambitious 12C Spyder.

In 2013, the limited-edition P1 supercar debuted to rapturous acclaim, with all 375 units sold within a few months (with another 50 people on a provisional waiting list hoping for an encore). This was the year McLaren turned its first operating profit, which has only grown since thanks to deliveries of the mega bucks P1.

In hoping to continue this successful trend, McLaren has now made life even harder for the 458s and 911 Turbos of the world, replacing the 12C with a new contender called the 650S. It shares much of the 12C’s DNA, including its carbon chassis and tub, double-wishbone suspension, twin-turbo 3.8-litre V8 and seven-speed dual-clutch transmission. 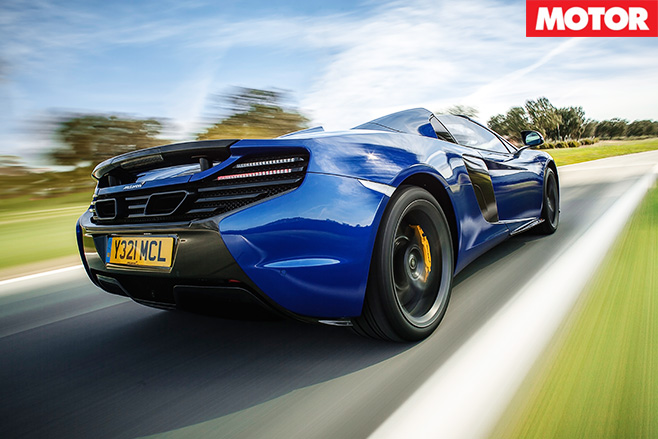 From here it takes the M838T engine’s power to a higher peak with new pistons, heads, cam profiles and exhaust valves. The end result is 478kW at 7250rpm and, because McLaren prefers a progressively rising torque curve to the linear deliveries of rivals, 678Nm at a lofty 6000rpm. This is good enough for 0-100km/h in 3.0sec, 0-200km/h in a blistering 8.4sec, and a 333km/h top speed.

Improvements were also made in the chassis department, with spring rates stiffened by 22 per cent up front and 37 per cent in the rear. Yet thanks to McLaren’s hydraulically-linked ProActive chassis and a slightly softer damper tune, the 650S retains a lot of the magic compliancy now expected from Woking. 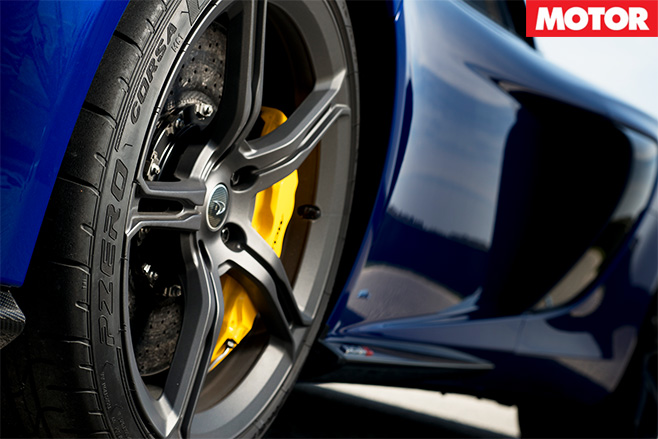 From the outside, the P1-inspired front end has trademark swoosh LED headlights and neatly integrated side blades, while the wheels, rocker panels and optional carbon-fibre kits (exterior and interior) are updated from the 12C. Bar the more readable in-dash display and extra-cost lightweight bucket seats, the cockpit is unchanged.

Available in coupe ($441,500) and convertible ($486,350) form, the 650S is lineball with Porsche’s 911 Turbo S and a fraction more than Lambo’s Huracan. While on paper that’s around 10 per cent more than the 12C, factor in the extra equipment now offered standard – carbon-ceramic brakes, LED headlights, full alcantara or leather trim, sat-nav and digital or satellite radio – and on a spec-for-spec basis you’re getting better value. 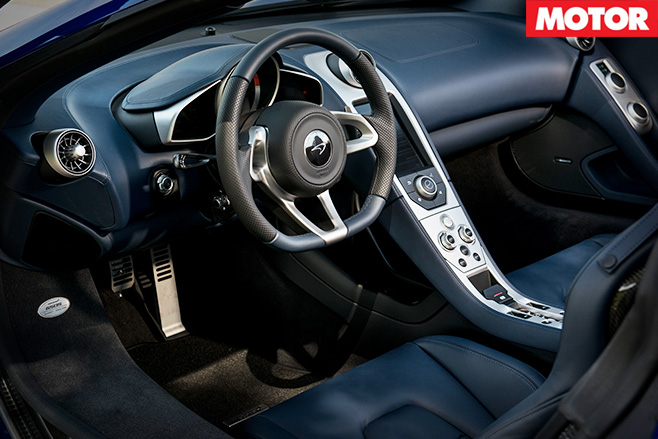 So how does it match up to such accomplished competition? Well, in acceleration at least, nothing this side of a Veyron or 918 Spyder will match it to 200km/h. The power delivery is intense, matched by a more aggressive soundtrack and a visceral kick in the back and ignition-cut blat on full-throttle upshifts.

Thankfully, cornering at high speeds (reached quickly and frequently) is made less dramatic thanks to the revised aero package, which has increased downforce by 24 per cent at 240km/h and features a DRS-style active rear wing. 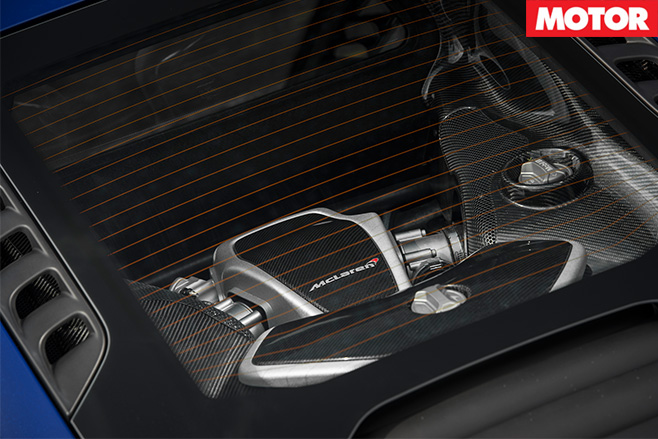 With three substantially different chassis modes to choose from, getting your head around the 650S’s dynamic repertoire takes some degree of experimentation. Normal is comfort-oriented, but will still allow a slight push of understeer or small degree of slip from the rear.

Sport ups the ante, requiring a hefty dose of concentration, and then there’s the Track setting, where the ESP will save you, but probably only after you’ve already crashed.

Overall there’s huge front-end grip and the progressive steering, alive with feel, provides confidence-inspiring turn-in. And thanks to the chassis’s inherent stiffness, the 40kg heavier Spider is equally impressive. 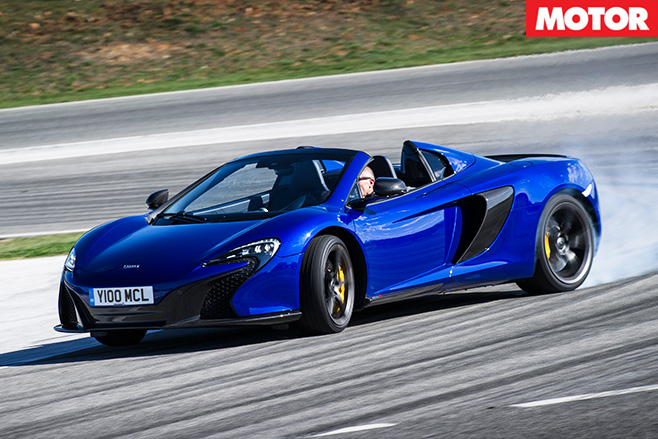 But it’s not perfect. Ideally, you’d be able to independently select each mode for the engine and chassis, as Track makes the car overly stiff and skittish on regular roads. And those specially developed P Zero Corsa tyres, that stick like liquorice on dry tarmac, have a severe allergy to wet roads and standing water.

It isn’t as sexy as the Lambo or Ferrari and it lacks the Porsche’s all-weather ability, but the new 650S is a cool car that outperforms its main rivals with surprising ease and gets 10 out of 10 for entertainment value. 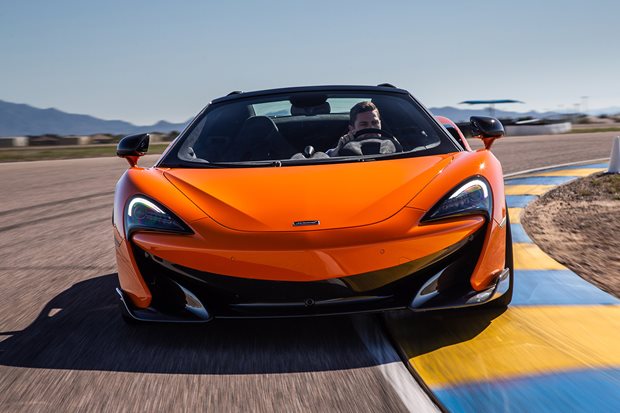 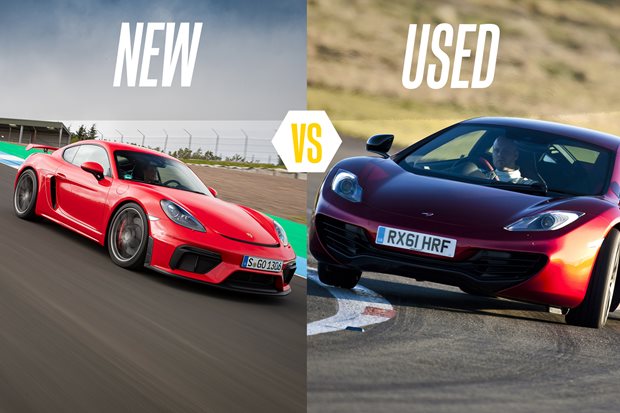 Porsche’s latest and greatest coupe versus a bona-fide carbon-tub, doors-go-up supercar. Which one gets your hard-earned – new or used? 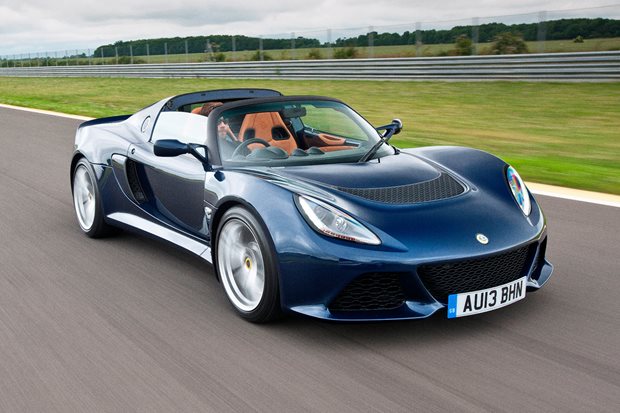 A Lotus Exige with luxury bits? What’s going on? 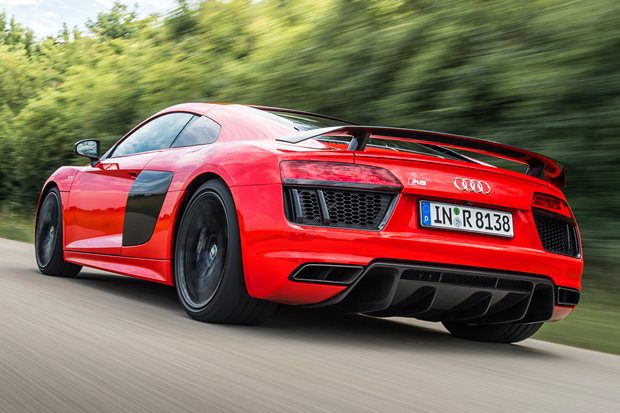 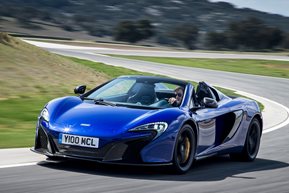