Mark Webber tips into turn one at Phillip Island with all the fuss of someone stirring a cup of tea. Except, of course, we’re doing somewhere north of 250km/h.

We’re sitting next to him as he’s flogging a new 991 Turbo. He smashes the brakes into turn one, the car wriggles on its tyres a little bit before settling, at which point Webber’s foot is again buried in the firewall carpet, a throttle pedal beneath it.

We’re very lucky to be riding alongside Webber for the launch of the new 911 Turbo and Turbo S, where he’s showing us what it can do. Originally we thought we’d be reporting on the 911 GT3 for you. But it’s had a few, err, issues (see page 12). 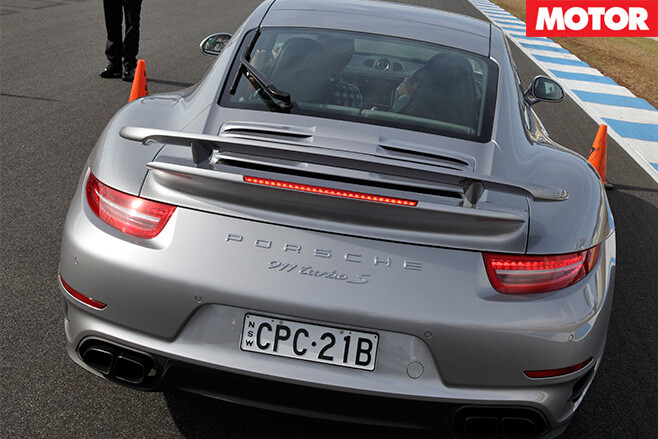 We’ve driven the Turbo here and the S overseas, but it was our first chance to back-to-back them and decide whether the S is worth an extra $81,500.

That’s indeed a lot of dough. Over the Turbo you get active sway bars, special LED headlights, carbon ceramic brakes and centre-lock 20-inch wheels. And in case the $359,800 Turbo’s 383kW/660Nm and 0-100km/h time of 3.4 seconds didn’t quite scratch your itch, Porsche adds more chilli for the S. 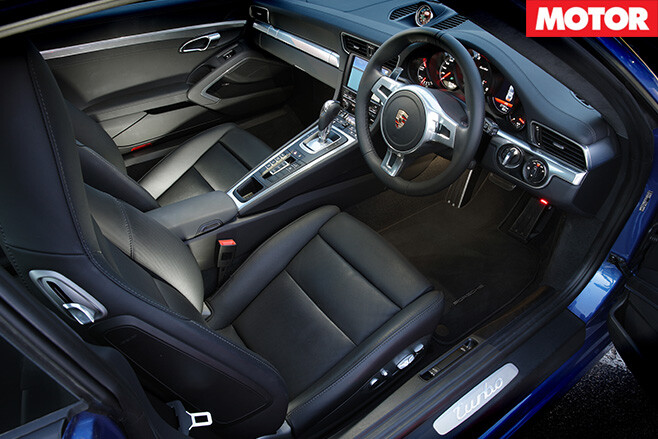 To explain the tech in the 911 Turbo S in a way that does it justice, MOTOR would be thicker than the Yellow Pages. All-wheel steering, “virtual” gears (where the PDK clutches deliberately slip to essentially create another ratio), active engine mounts, active aerodynamics, the witchcraft that is its ESP calibration. It all adds up to one seriously impressive car.

Particularly on track. Of course, the throttle pedal feels like it’s connected to the nozzles of the Saturn V rocket. The brakes seem to have limitless bite the harder you squeeze them. The all-wheel steering unlocks new levels of high-speed stability but also low-speed agility. You step out of a 911 Turbo after a few laps of the Island able to mumble words only one at a time. 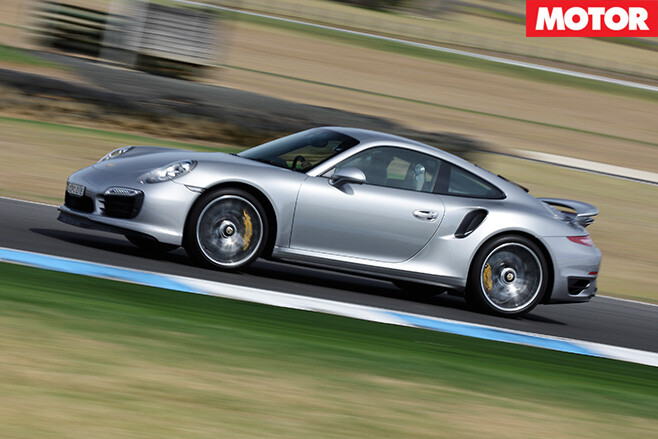 The S somehow cranks it up another 10 per cent – there aren’t many cars that justify their pricetags quite like this car. You don’t even need Mark Webber levels of skill to kiss the S’s exospheric limits of adhesion. But to dance on them, and beyond, it certainly helps.

Five out of five