Will the C8 Corvette, due 2019, be Holden's next hero car and truly offer Ferrari-rivaling performance for a Ferrari-crushing price?

HOLDEN’S post-Commodore V8 hero car – the all-new C8 Corvette due in 2019 – will be a $120,000-plus mid-engine belter set to take the performance fight to Ferrari for one-third of the price.

The next-generation Corvette will emerge from the Bowling Green production line with the steering wheel on the right and deliver traditional V8 performance as well as a hybrid-infused high-tech knockout as part of a three-tiered range set to redefine America’s most iconic muscle car.

It will possibly use the Zora name – referencing Zora Arkus-Duntov, the ‘father’ of the original 1953 Corvette. GM has also trademarked E-Ray, which is expected to be used on a hybrid flagship.

The shift to a mid-engine layout will allow for better positioning of weight over the rear wheels, bringing dynamic benefits and allowing for more power in high-end versions of what insiders say will be the fastest, most engaging Corvette in the 64-year history of the model. 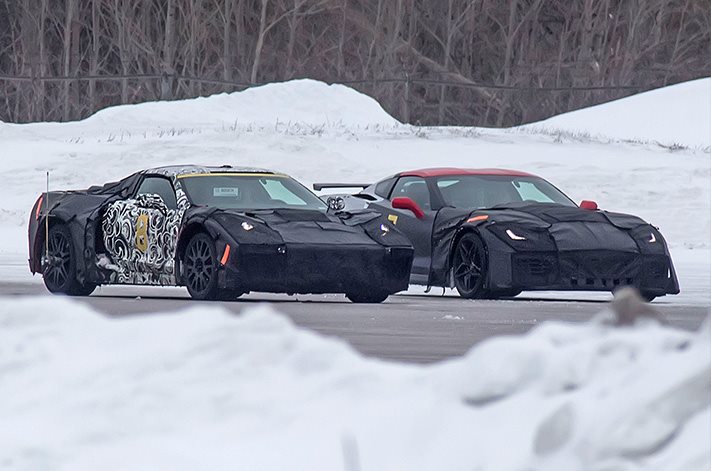 Recently snapped spy shots of a heavily camouflaged Corvette (note the side vents and short nose) have confirmed years of mid-engine speculation that reached fever pitch in 2015 when pictures of a modified VE Commodore ute test mule emerged.

That early mule – which allowed easy fitment of a V8 in the modified tray of the ute – has been sidelined, with near-production ready prototypes undergoing final validation ahead of an anticipated public reveal early in 2018.

General Motors executives, led by former Holden boss and now GM product chief Mark Reuss, were said to be considering revealing the C8 Corvette at the LA motor show late this year, but insiders say there were concerns an early reveal would risk the sizzle simmering down by the time the car reaches showrooms, as it did to a degree with the rival Ford GT.

Despite the dramatic shift in its basic layout the C8 will continue with key Corvette styling themes, including the low-slung shape, distinctive Camaro-inspired tail lights that were a controversial addition to the soon-to-be-discontinued C7, and pronounced rear hips, complete with air intakes to feed the trio of V8 options.

The move to a mid-engine layout will continue along with the Ferrari-crushing price tag, at least in its most basic guise, which is expected to use a 375kW small- block ohv V8.

That power output may seem low, but GM is also expected to focus on reducing weight to create the fastest Corvette in eight generations.

Further, we understand that as the ’Vette flexes its muscles throughout its life, we can expect a new dohc engine for the hi-po ZR1, which is also likely to be utilised with the hybrid drivetrain.

Penned under the guidance of GM design chief, Australian Mike Simcoe, the C8 Corvette will adopt modern aerodynamic principles from supercars as diverse as Porsche and McLaren; think air blades to release pressure and lift in the wheelarches, as well as vents to divert air at the rear.

The aero will be even more crucial for a higher-output ZR1 model with around 500kW, although it won’t arrive until 2020 at the earliest.

But it’s the hotly anticipated hybrid ’Vette, possibly to be called E-Ray, that will top the power race. 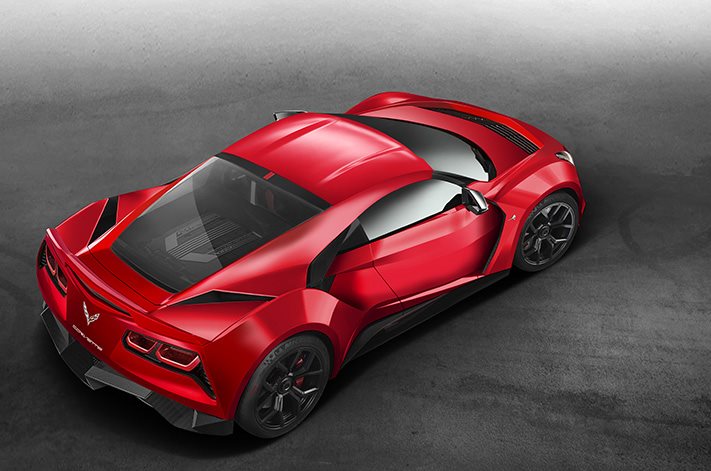 Without elaborating on the C8, Chevrolet design boss John Cafaro told Wheels a hybrid powertrain made sense for supercars.

“[Chevrolet] Bolt technology and electrification really has applications in performance cars,” said Cafaro. “You see it at Le Mans … it’s going to happen.”

While Cafaro says the floor is the most logical place for batteries in an electric car – helping lower the centre of gravity – the mid-engine Corvette is tight for space everywhere except under the bonnet. Such a move would pave the way for electric motors powering the front wheels.

It’s weight that’s the challenge for any hybrid system, something GM’s vast battery lab at Warren is working hard to overcome.

All drivetrains should be available to Holden; as the lack of an engine under the bonnet allows easier placement and shuffling of steering and brake components.

For decades GM has dreamt of mid-engine Corvettes, but production costs and complexities have resulted in the V8 being placed up front instead.

Work on a mid-engine C7 Corvette was well underway from 2006, before being shelved when GM filed for bankruptcy in 2009.

A large tech influence on the C8 will be the Cadillac CT6 unveiled in 2015. It’s a car that stretched engineers at Warren to rethink the makeup and production of a luxury car.

The CT6 uses 11 different materials in its body as part of its ‘mixed material’ strategy, whereby various grades of steel and aluminium are used.

The C8 will have an aluminium intensive frame wrapped in carbon composite panels, but expect GM to infuse it with production efficiencies gleaned from the CT6.

There’s plenty of detail yet to surface about the C8 Corvette, but what is becoming clearer is that it will be the most technologically advanced car ever to emerge from General Motors. 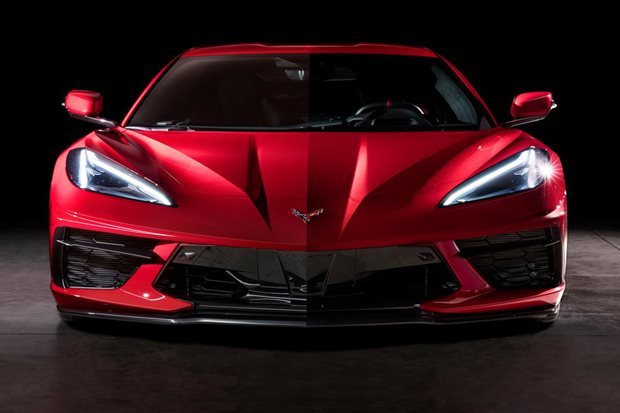 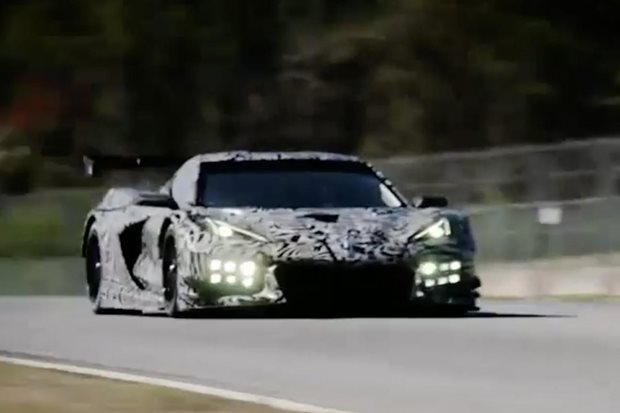 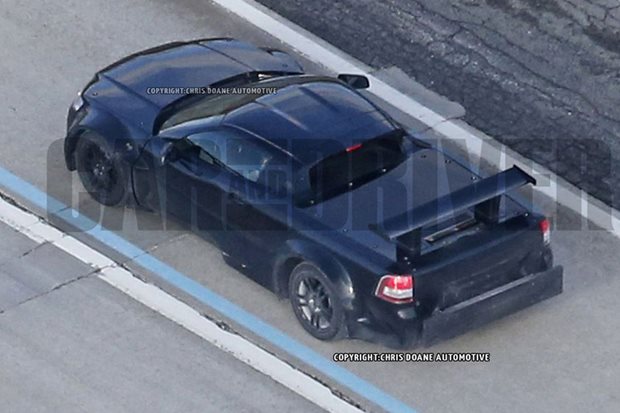