Retro-themed liveries are becoming quite a theme at Bathurst. Following Dick Johnson Racing’s recent announcement that its cars will run in a Shell-inspired colour scheme to celebrate 20 years since the Queensland crew’s last Bathurst win, Nissan has unveiled its warpaint for the 2014 running of The Great Race.

To celebrate 30 years since George Fury took pole at the 1984 Bathurst 1000 with the Nissan Bluebird Turbo, the Altima of Michael Caruso and Dean Fiore will carry the same colour scheme of pure white with red and blue diagonal stripes.

Fury’s effort marked the first time a manufacturer other than Ford or Holden had secured pole for the Bathurst 1000, and was also the first time a turbocharged car started from the top slot.

To further commemorate the occasion, Fury will drive demonstration laps in the pole-winning Bluebird Turbo, which has recently been restored by race car collector Brian Henderson and Gibson Motorsport.

This current retro craze began in 2012 as part of the 50th anniversary celebrations of The Great Race, with the Holden Racing Team, Triple Eight Engineering, Dick Johnson Racing and Ford Performance Racing all using iconic race paint from years past.

Dick Johnson Racing continued the theme in 2013, unveiling an FG Falcon painted in the celebrated Greens-Tuf that adorned Dick’s Johnson’s XE Falcon in 1983 and 1984. 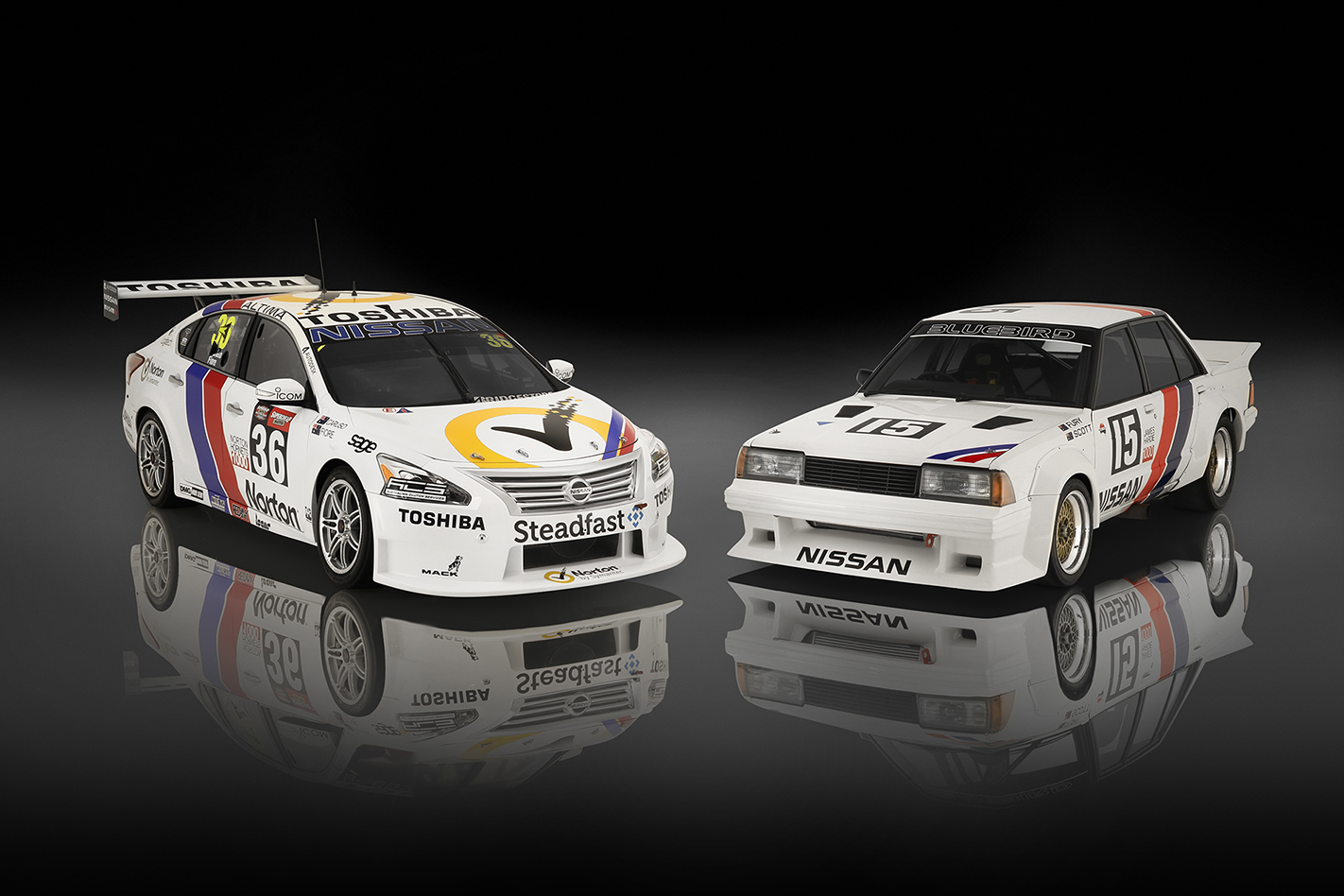 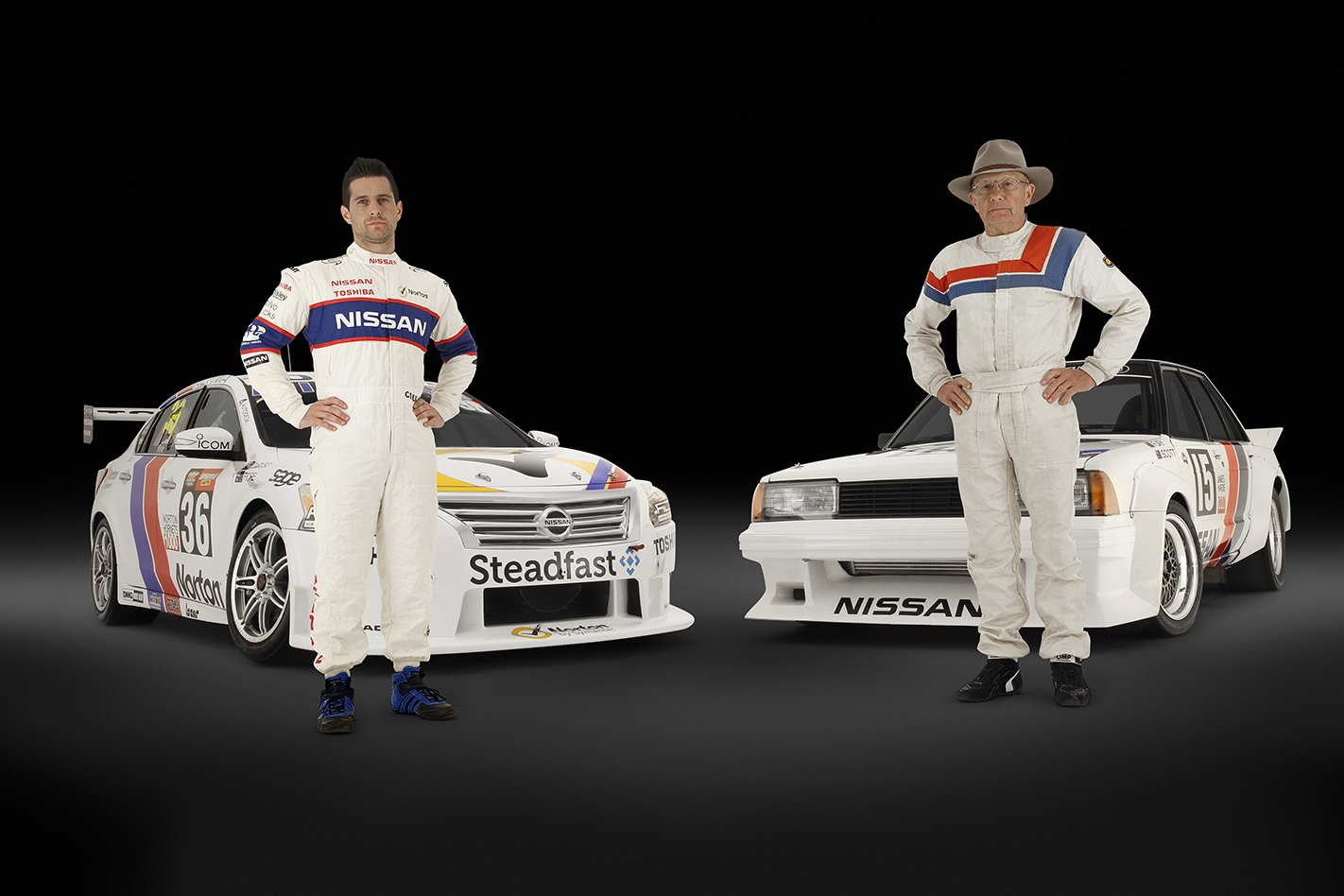