A couple of hints are in the name of the Nissan Gripz Concept – enthusiasts need to come to grips with a future Z-car crossover.

A couple of hints are in the name of the Nissan Gripz Concept – enthusiasts need to come to grips with a future Z-car crossover.

Although the Gripz Concept previews “an innovative new future for the marque,” the Japanese brand insists an SUV Zed would just pay homage to its offroad rally heritage; it’s not a scary new frontier.

As evidence, Nissan points to the original 240Z of the 1970s were rally stars that conquered the open plains of Kenya, Uganda and present day Tanzania with their raised ride height and beefed-up suspension. 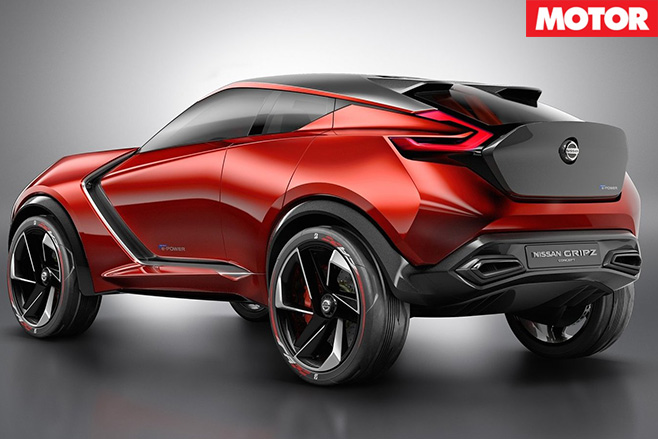 It has even painted the Gripz a deep red-orange hue backed by a matte-black bonnet just like the 240Z racers, and just to reinforce the point.

“The Nissan 240Zs were proof that sports cars didn’t have to be low to the ground to be fun,” the company adds in a statement. “The Nissan Gripz Concept proves this again.” 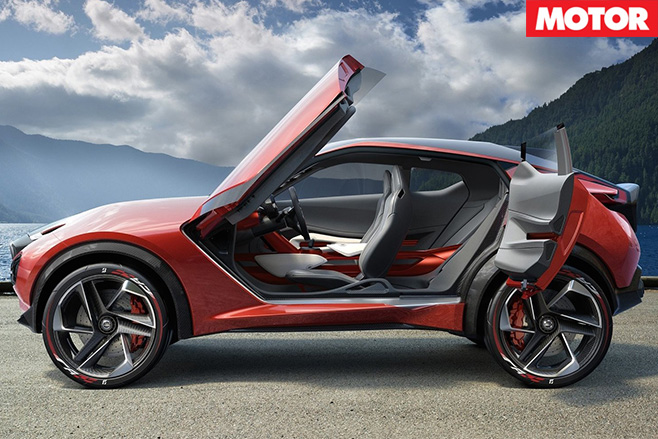 Don’t go searching for a burly 3.7-litre V6 from the current 370Z, or even a turbo-petrol four-cylinder engine, however. The Gripz has an “efficient” petrol engine to keep the batteries powering the Nissan Leaf-derived electric motor fully charged.

Nissan says the Gripz is a design statement rather than a replacement for an existing model, previewing the company’s new ‘emotional geometry’ design language.Similar in size to a Juke or Qashqai – with no B-pillar and suicide rear doors – the Gripz instead uniquely has the “silhouette of a sports car” while the tail-lights boast obvious 370Z cues. 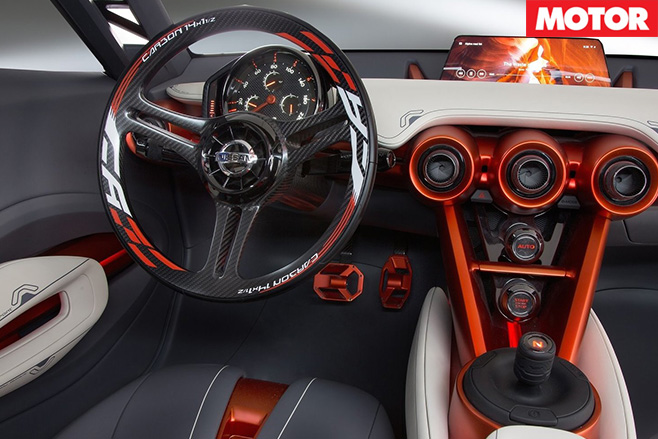 Design inspiration also comes from racing bikes, with the 22-inch three-spoke alloy wheels and the interior’s exposed tubes and door pull saddles a nod to those who ride on two wheels; and Nissan draws the parallel of those who ride to work during weekdays then enjoy a mountain pass on a day off as the same ethos for this four-wheeled SUV. 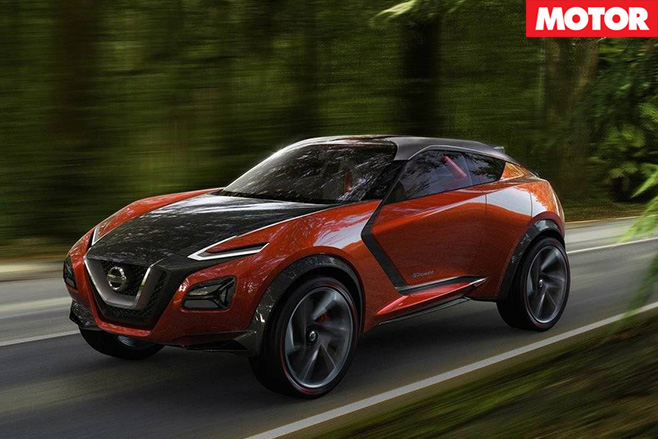 If this is to become a Zed SUV, though, we can’t help but feel it’s a missed opportunity from Nissan. Pointing to 240Z rally heritage is smart, but muddying the waters with racing bike references then drowning enthusiast interest with a Leaf-derived powertrain is quite a confusing mix.