Where the rear-drive Carrera goes, the 4 and Targa follow – and with the 991.2 911 that means teaming turbo torque with traction.

The 911 Carrera 4, Carrera 4S and 911 Targa 4 and Targa 4S all remain with 44mm-wider rear guards compared with the rear-drivers, and the new 3D-effect tail-lights continue indented in the lighting strip for the all-wheel drive variants.

Standard on all models now is Porsche Active Suspension Management (PASM), the adaptive dampers of which drop ride height by 10mm. Only the Carrera 4S gets a rear-axle steering option ($5490) pinched from the 911 GT3 and Turbo that assists agility and also cuts turning circle by 0.4 metres. 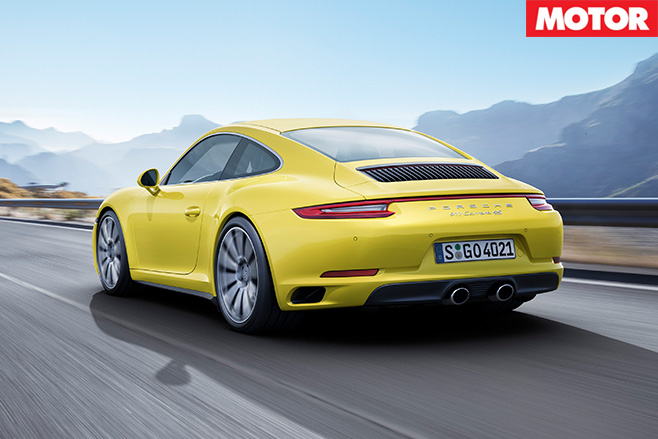 The all-wheel drive system now has its hydraulics operated by an electric motor rather than mechanical pump that previously fed off the flat six-cylinder engine. 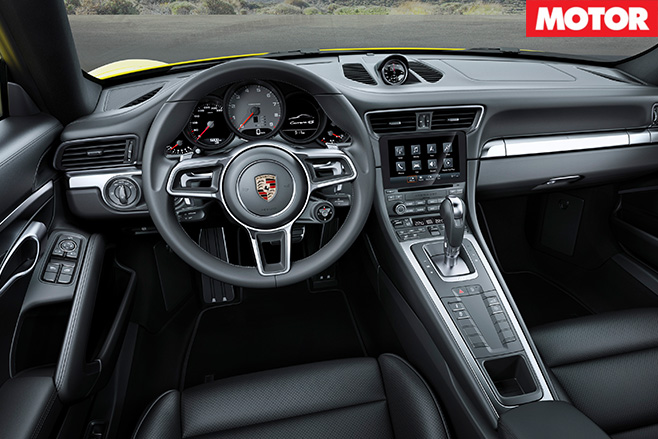 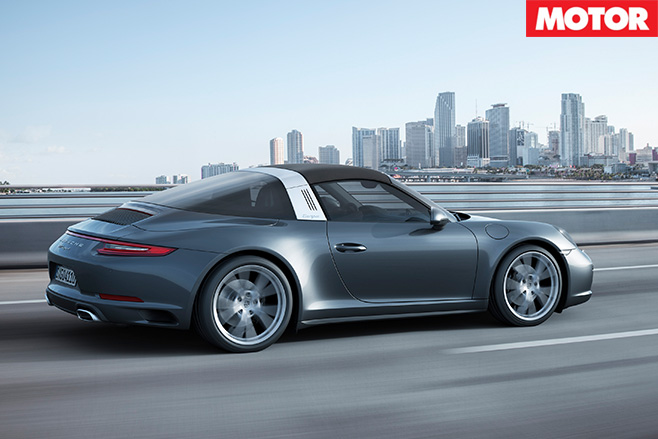 For the first time, Cabrio and Targa models also join at the pricing hips – previously the soft-top was about $5K cheaper than the quirky retractable metal-and-fabric version. 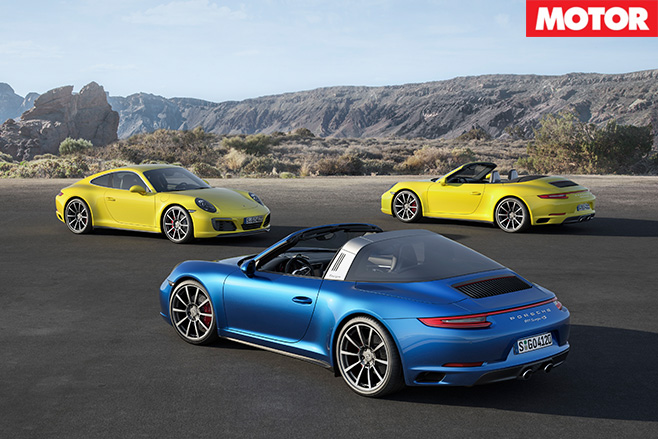 They say hips don’t lie, but the real truth will come when the 3.8sec 0-100km/h Carrera 4S coupe has a new Audi R8 sniffing its backside on a wet and twisty road, hopefully in our country, sooner rather than later.