IMAGINE driving your dream car under a 60-storey building and into a large elevator that whisks you both up 50 floors to the ‘sky garage’ in your luxury apartment overlooking the Atlantic Ocean.

With the global financial crisis being so 2008, this will soon be a reality for mega-rich residents of Porsche Design Tower in Florida, a property venture involving the German brand that makes its iconic roadsters look a little humdrum. 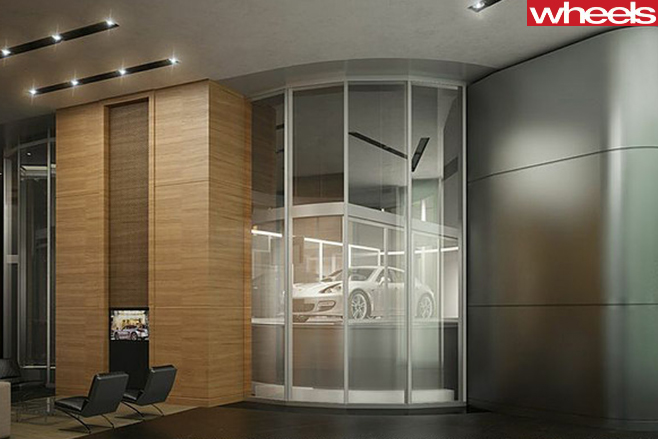 Dezer figures anyone who spends six-figure sums on a car probably wants to sleep with it, so each apartment has a car elevator and at least two parking spaces in a ‘man cave’ separated from the living area by a glass wall. 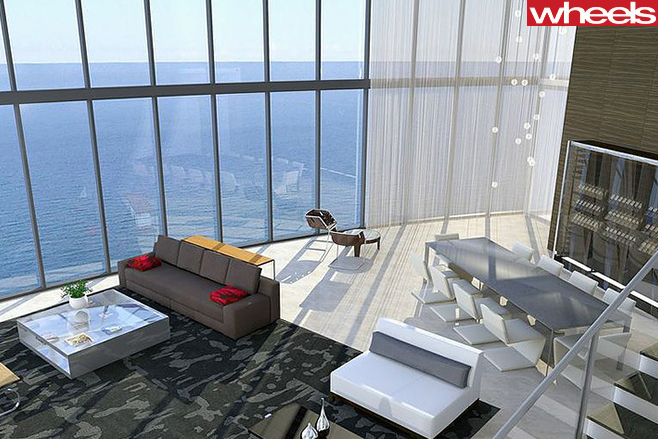 This allows you to continue admiring your car and other favourite possessions from the apartment while you love life, drink vintage cognac and eat whatever the hell you want.

If for some reason you tire of checking out your ride – which, by the way, doesn’t have to be a Porsche – you can take in ocean views through the floor-to-ceiling windows; book the “car concierge” to change the oil and rotate the tyres, or head down to the multi-purpose clubroom to play virtual golf or race your rich buddies in a four-car race simulator. 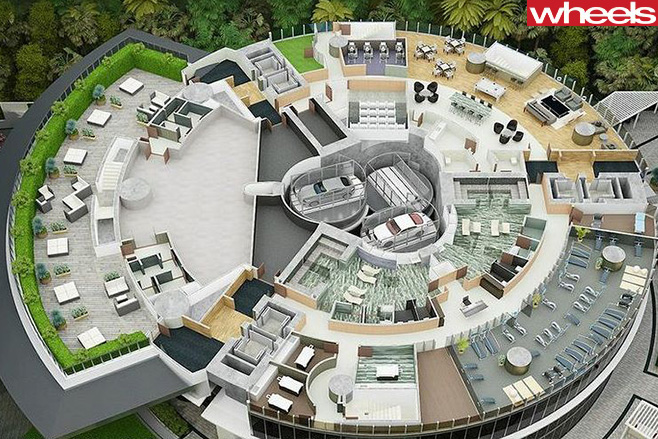 The schmickly appointed apartments start at $A5.2 million for the smaller 390-square-metre duplexes, which are about twice the size of the average three-bedroom house. For $42 million you can have whopping 1570-square-metre, four-storey penthouse complete with four suites, six bathrooms, two 'summer' kitchens, two leisure rooms, two swimming pools and a four-car sky garage. 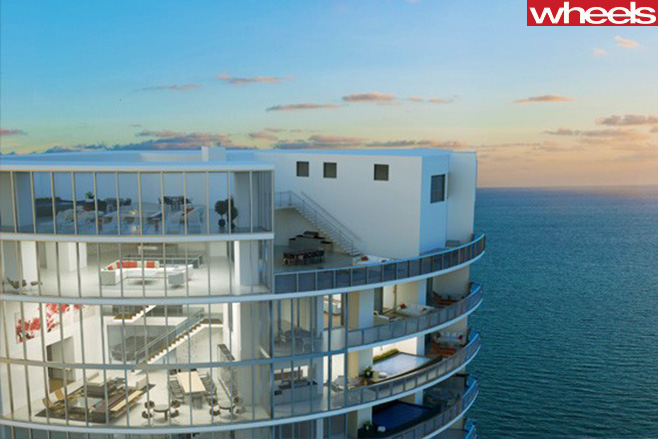 You better hurry though, as there are only a few apartments left. 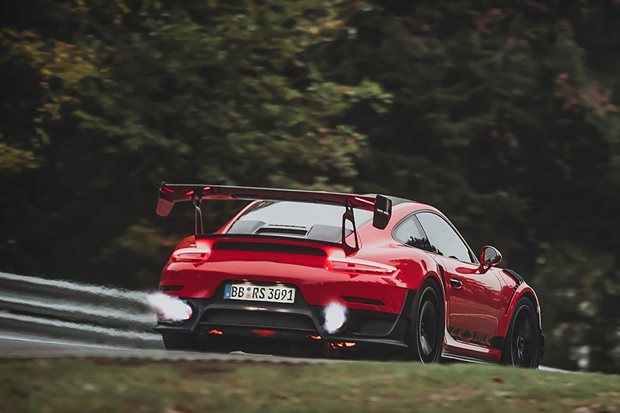 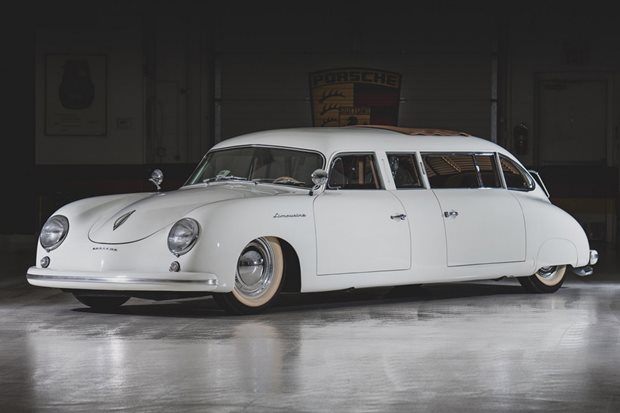 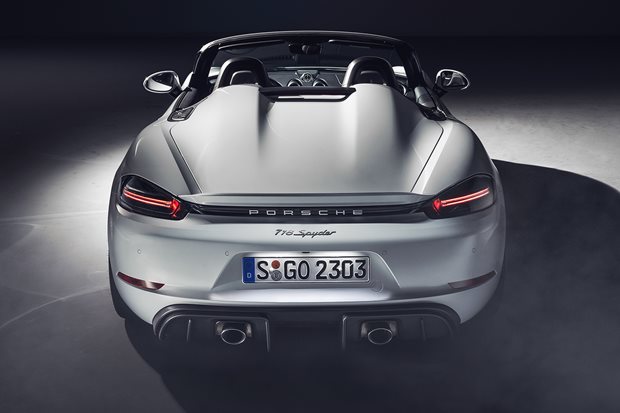 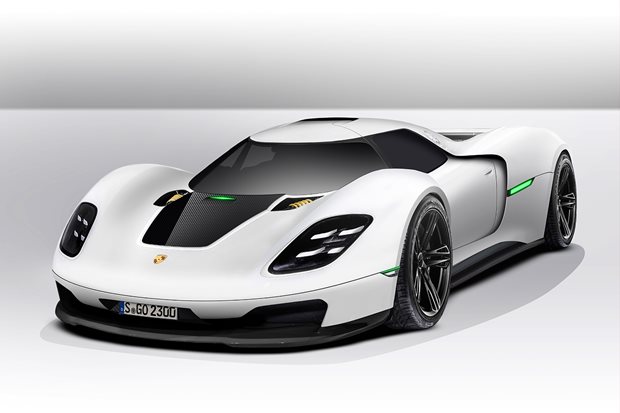