Entry to Porsche ownership looks like it will keep on getting cheaper with a turbocharged four-cylinder Macan now confirmed to arrive next year.

Porsche Australia is on record saying it would not introduce a Macan with less than six cylinders to our market, yet it has now backflipped on that call, including over the new boxer four-cylinder engines used for the forthcoming 718 Boxster.

Instead the Macan will use an inline four-cylinder engine with a turbocharger and of 2.0-litre capacity, pinched from the loosely related Audi Q5 but with higher outputs. With 185kW of power and 370Nm of torque, the Macan accelerates to 100km/h in a claimed 6.7 seconds. “With demand of the turbocharged six-cylinder Macan S, Macan S Diesel, Macan Turbo and recently announced Macan GTS still high in Australia, PCA [Porsche Cars Australia] has elected to delay the introduction of the new Macan four-cylinder until not before calendar year 2017,” the brand announced in a statement. 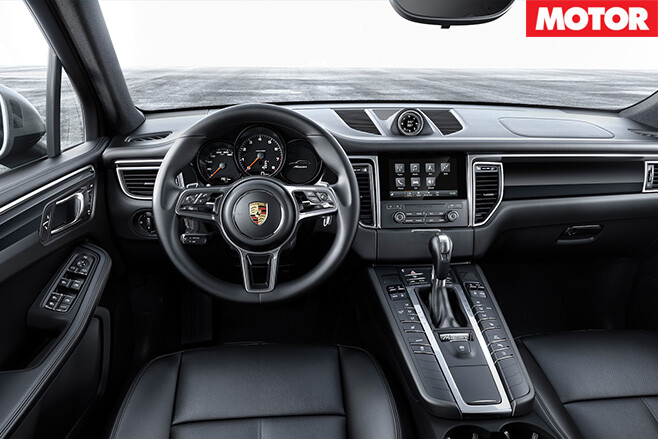 “The new entry model Macan is the lightest SUV in the Porsche stable at 1770kg and has a top speed of 229km/h.”

It seems like eons ago that Porsche enthusiasts had to get used to the idea of the Cayenne large SUV wearing the hallowed Stuttgart coat of arms. Then brand fans copped the Macan medium SUV replacing the Boxster as the entry-point to Porsche ownership, followed by news that a boxer four-cylinder would go into the Boxster itself.

Now it seems with the Macan scoring an Audi-derived inline four-cylinder engine, the question will be once again asked: when is a Porsche not a Porsche?