If the Porsche 911 GT3 is a road-going racer, then this 911 GT3 R grabs a pen and scribbles out the road bit of the equation.

The latest 991-generation GT3 R is designed to race in GT3 championships around the world, including in Australia's Bathurst 12 Hour enduro and GT Championship.

Sharing the GT3 RS’s 4.0-litre naturally aspirated flat-six-cylinder, power rises by 18kW to 368kW, though an air restrictor will see it go back the other way if pesky FIA Balance of Power (BoP) regulations get in the way.

Just as in the road-goer you’ll slam through gears via paddle shifters, but there are only six of them in a sequential constant-mesh gearbox. No seven-speed PDK here.

Weight-saving changes include light carbonfibre composite material (CFRP) used on the roof, front bumper, wheel arches, doors and side and rear sections, while all windows are made out of polycarbonate – including the windscreen for the first time.

There are also no airbags or carpet, just a Cosworth power module, and the usual four seats have been replaced by a single carbonfibre-clad fixed bucket racing seat that sits within a rollcage.

A wing spanning 2.0 metres by 40 centimetres helps keep the 310mm-wide rear wheels (with 17-inch BBS rims) pinned to the ground, presumably as well as giving drivers somewhere to rest their lunch.

But when we’ve tagged already the GT3 as “race car perfection” we can’t begin to think how good the GT3 R may be on a closed circuit. Deliveries start December 2015. 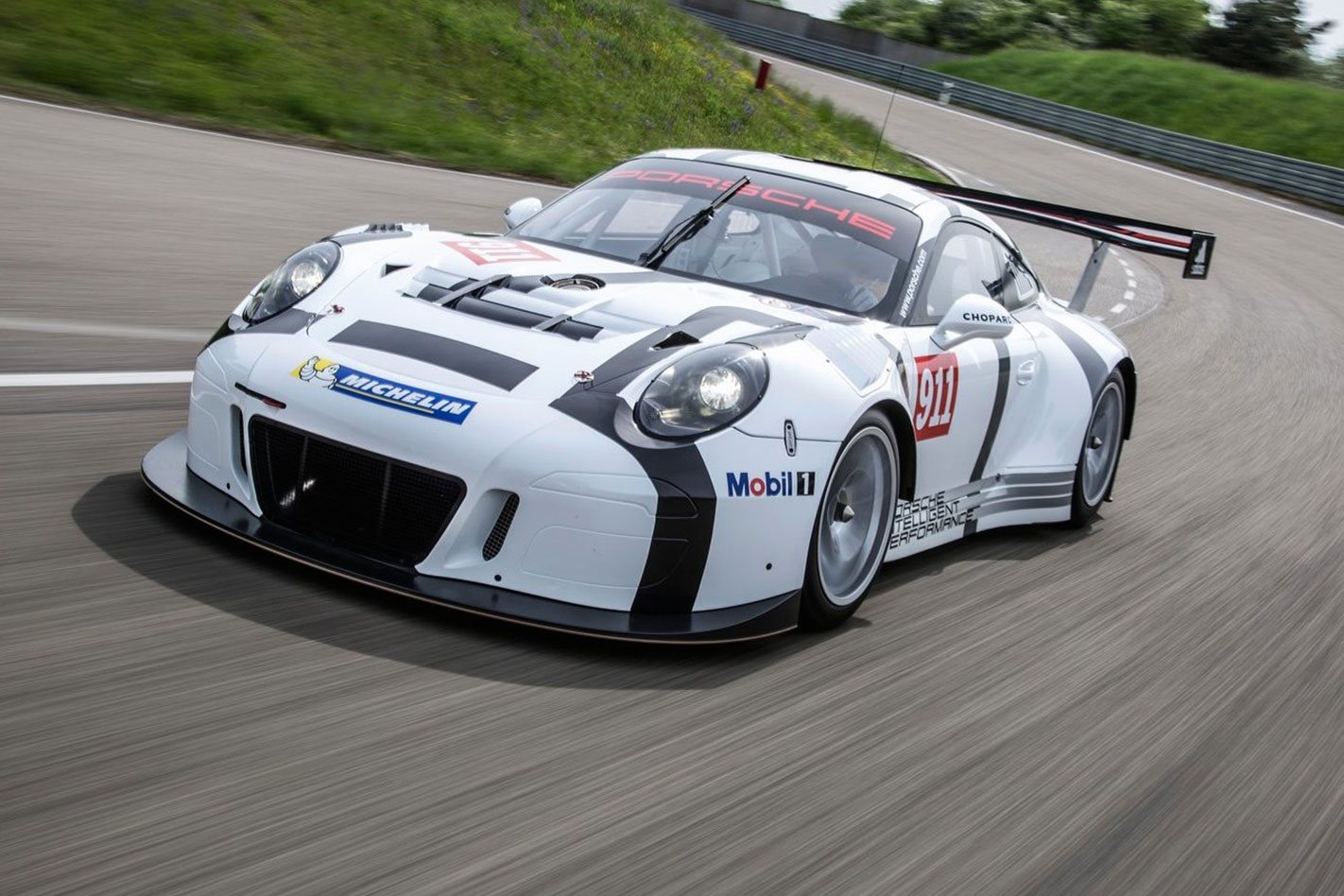 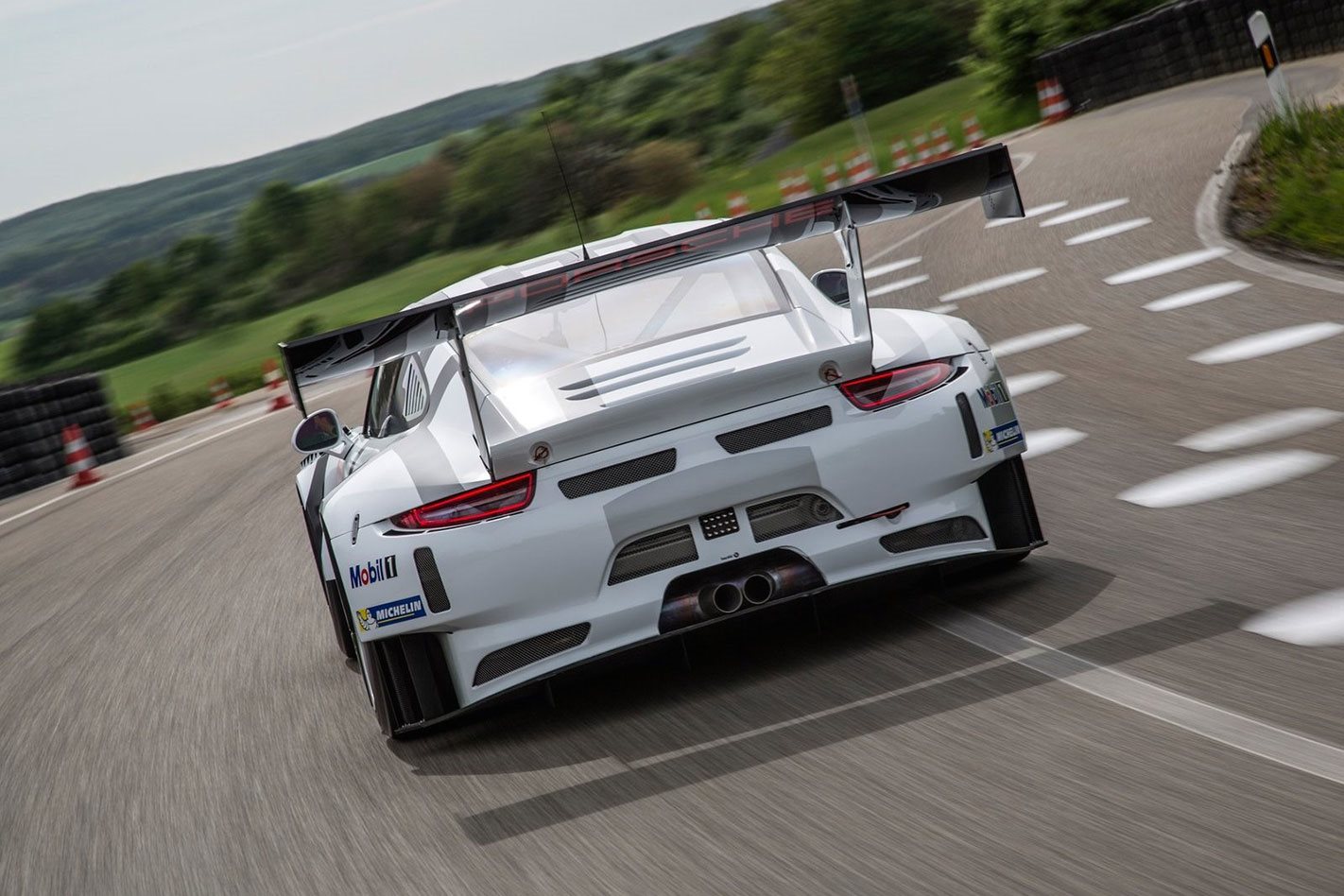 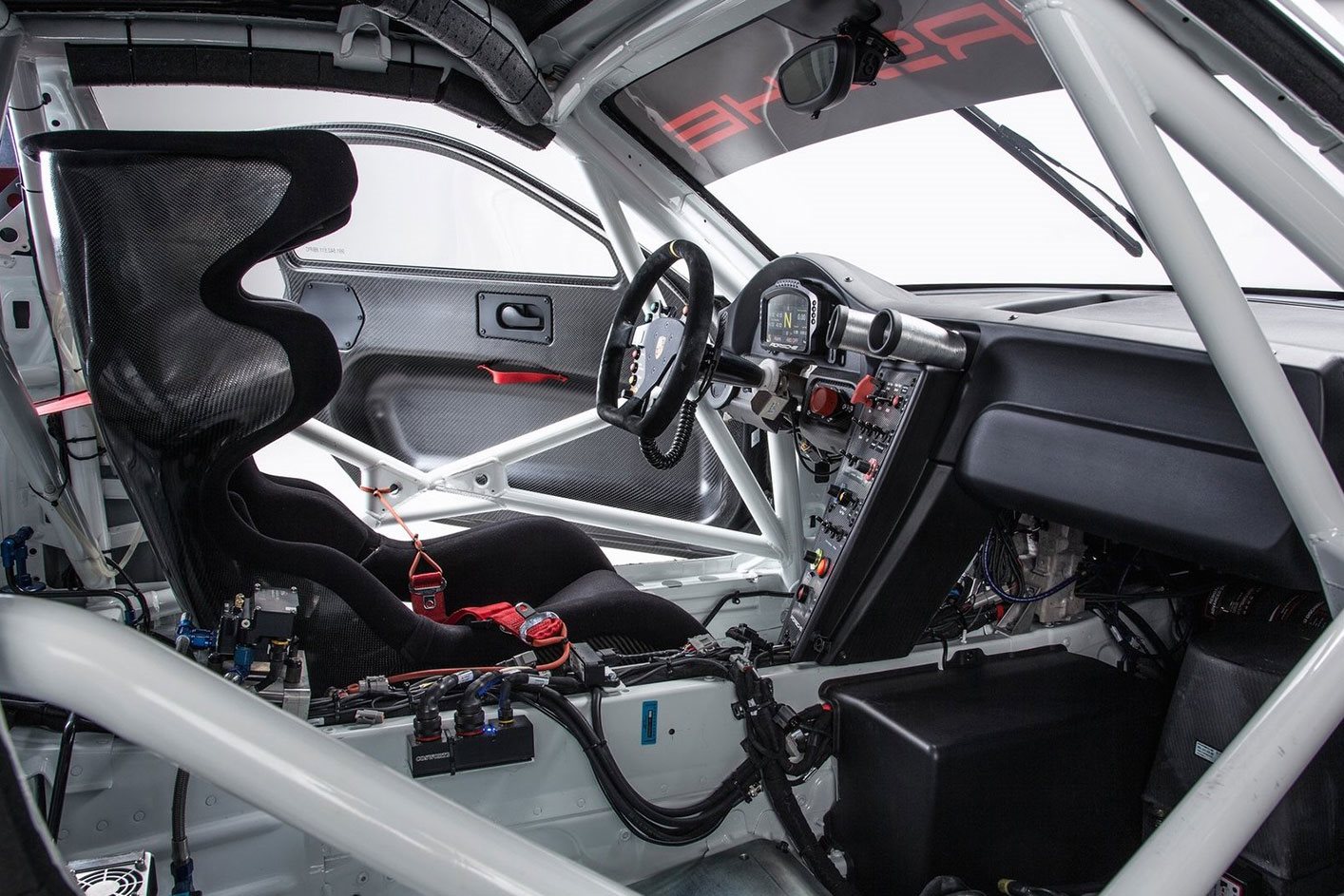