During a Ferrari convoy through the Italian hinterland, one F40 prototype burst into flames and subsequently burned to a crisp.

Owned by British property entrepreneur Jon Hunt, the 1987 model F40 was originally a display car at the 1987 Frankfurt Motorshow, which he bought from an RM Sotheby’s auction in 2012 before returning it to its original Rosso red.

The lot listing for the car at the time stated “this car is the sixth of approximately just eight F40 prototypes that were used by the factory for testing, each with an individual purpose or application”. 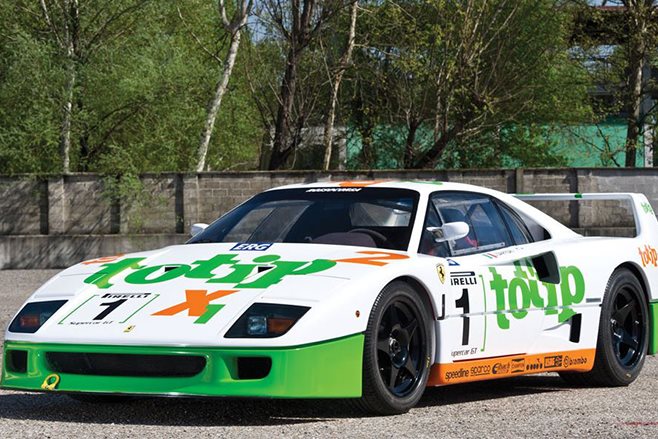 Not unaccustomed to having his cars burst into flames, Hunt had had a run in with a repairs garage when his Miura self-immolated on the drive home from being serviced.

He does however get to enjoy his cars on occasion, and doesn’t mind showing everyone to prove it.

The above video features (likely) a different F40 thrashing around a farmyard and (also likely) pretending to crash at the end. 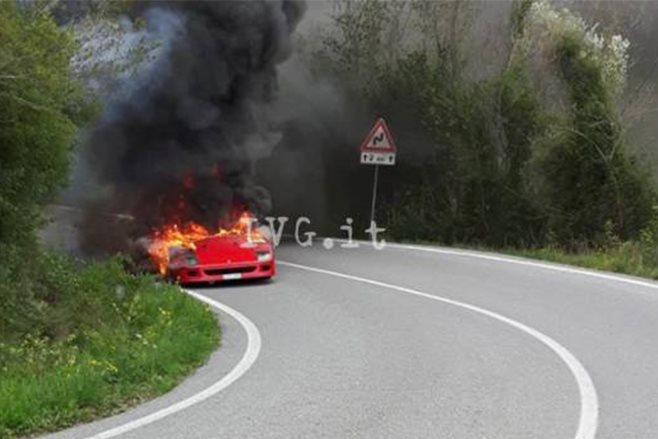 Interestingly, Hunt’s recently deceased F40 prototype should have been better equipped to stop the flames, according to Sotheby’s auction information.

“In 1991, 74047 returned to Michelotto for further race-oriented improvements, and the car is believed to be the first of seven F40 examples to receive such conversions.”

These modifications included lowering the ride height by five centimetres, tuning the engine for an increase to approximately 590 bhp… extra NACA cooling ducts, a fire system and wider Speedline wheels. 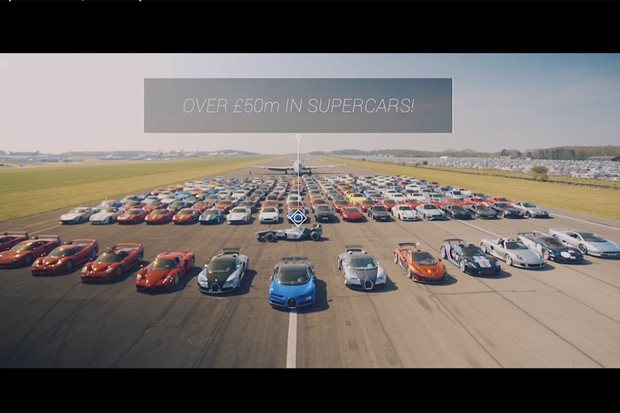 Amazing exotica gathers for a good cause