Renault develops a turbo engine for all

Turbo 1.3 to stare across Renault, Nissan, Mitsubishi – and Mercedes-Benz – brands

RENAULT has unveiled a turbocharged 1.3-litre engine that the car maker says will also power an upcoming generation of Nissan, Mitsubishi and Mercedes-Benz products.

The engine – available in three states of tune – uses a new block that the French car maker claims will help it offer “significant improvement in driving pleasure, with better torque at low rpm and greater and constant availability at high rpm, while reducing fuel consumption and CO2 emissions”.

Compared with the current 97kW/205Nm TCe 130 1.4-litre turbocharged petrol four engine used in models including the Renault Megane, the TCe 140 will serve up an extra 35Nm of torque, and make it available across a broader rev band, from 1500rpm to 3500rpm. The engine can be tuned to deliver 85kW at 4500rpm in six-speed manual-only applications, and either 103kW at 5000rpm or 120kW at 5500 rpm when it is paired up with either a manual or seven-speed dual-clutch automatic transmission. 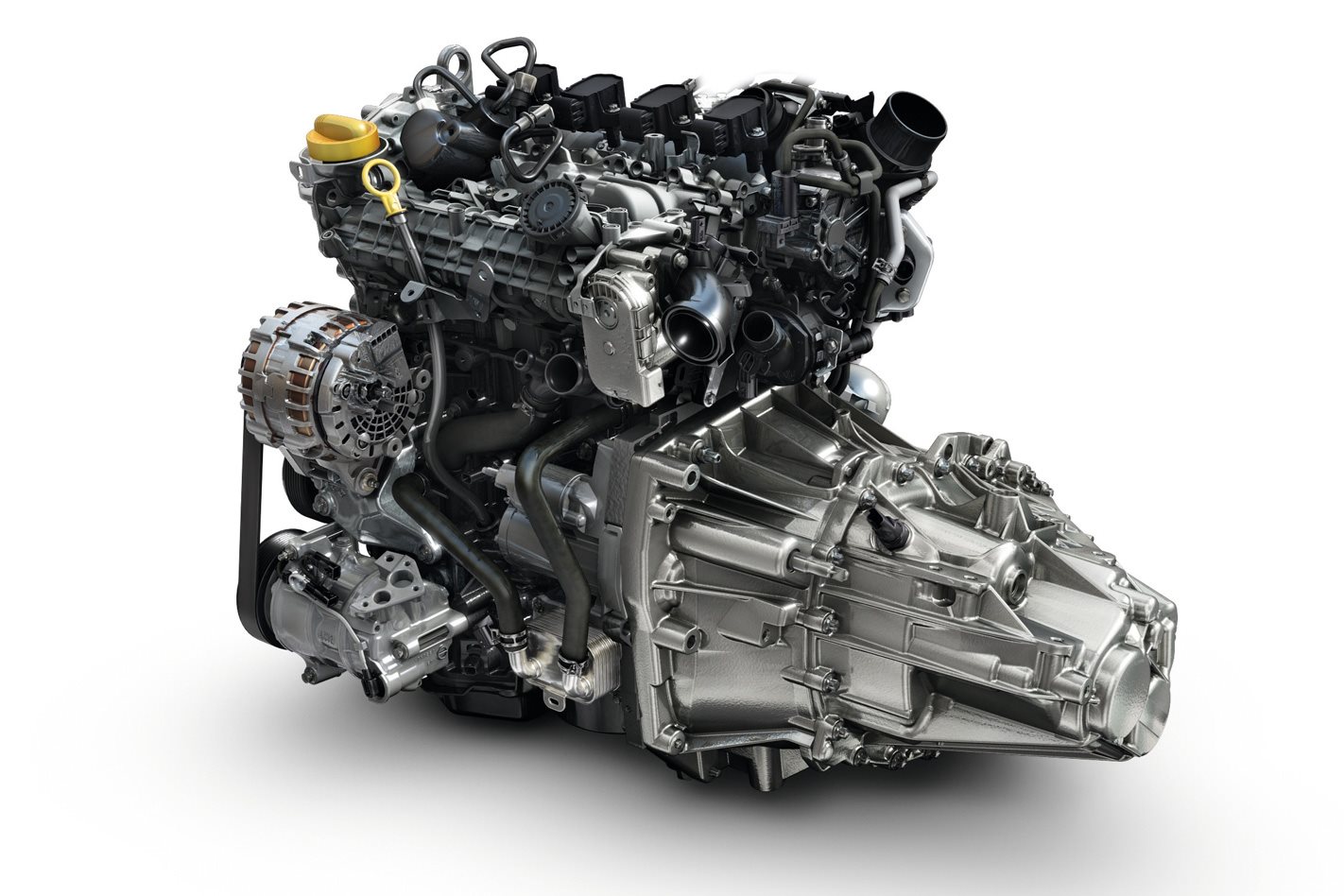 The French car maker has tapped its relationship with Nissan to coat the cylinders in the same slippery coating as was developed for the firebrand Nissan GT-R. The engine – expected to also feature in vehicles including the Mitsubishi Mirage, the Nissan Micra and the upcoming Mercedes-Benz A-Class – includes higher-pressure fuel injection, and adds dual variable timing camshaft technology that “controls the intake and exhaust valves according to engine loads”.

“The result is more torque at low revs and more linear torque available linearly at high revs, for significant benefit for our customers in terms of driving comfort with better mid-range response,” Renault said.

The current turbocharged 1.6-litre engine used in the Mercedes-Benz A-Class hatch, CLA-Class sedan and GLA-Class compact SUV ranges produces either 90kW/200Nm or 115kW/250Nm in its two states of tune.

Renault has so far only confirmed that the engine will be used under the bonnet of the Scenic and Grand Scenic people mover line-up. Official fuel use on the European cycle for the TCe 140 ranges from 5.4L/100km for the Scenic up to 5.6 for the Grand Scenic.