Are you tired of your rear tyres lasting too long? Ford Performance has the answer!

Ford’s performance arm has unveiled the Ken Block-inspired ‘Drift Stick’ for its Focus RS hot hatch at the 2017 SEMA show, allowing drivers to mimic the effect of a hydraulic handbrake in a standard production car.

The Drift Stick works purely electronically, plugging into the car’s onboard diagnostics port and opening the rear clutches when the aluminium lever is pulled to allow clutch-free drift initiation. Installation of the lever, which sits between the driver’s seat and the centre console, requires no welding or drilling, keeping the interior in-tact. 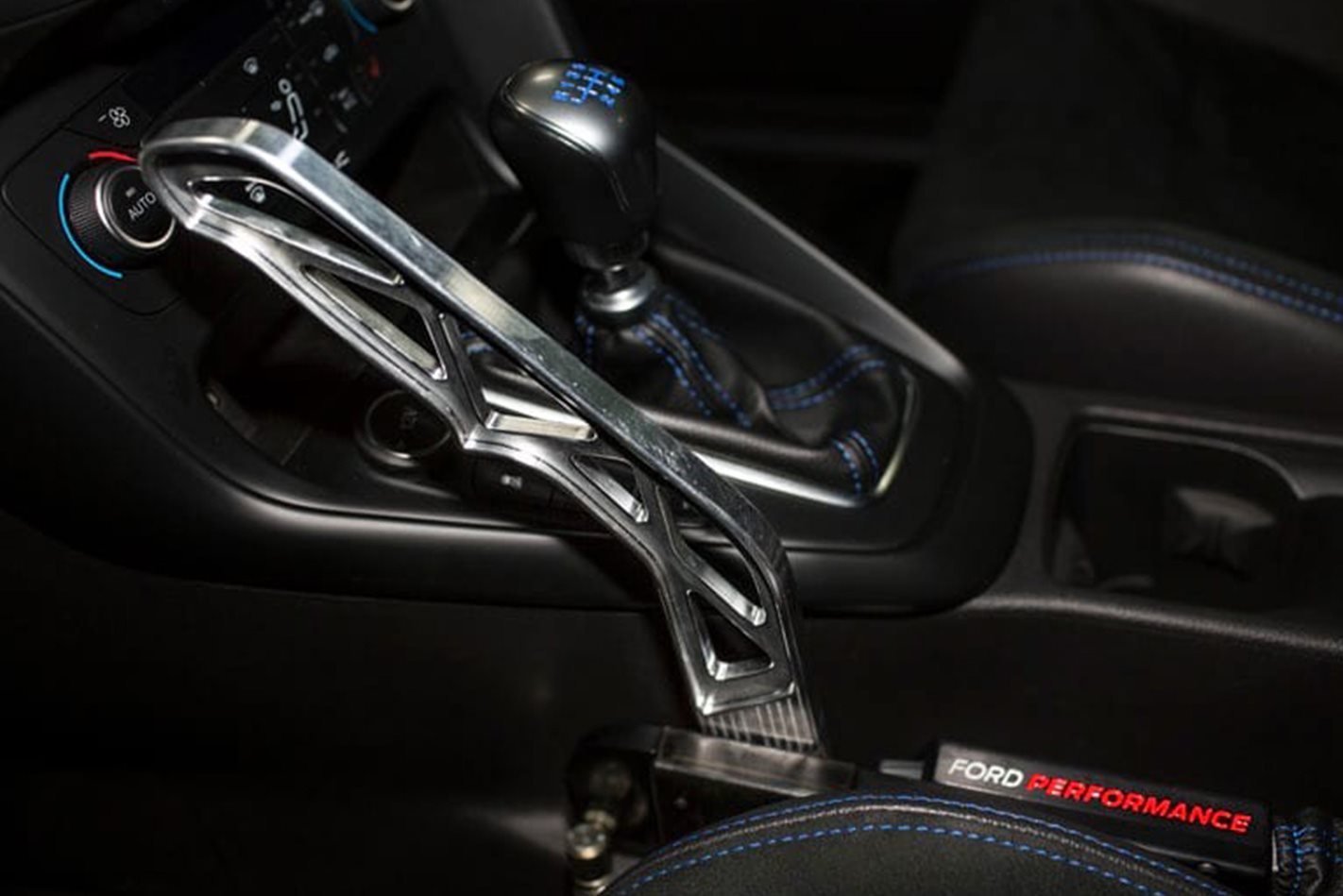 Ken Block approved the system and was also involved in testing, just as he was involved in the development of the Focus RS itself. “I think it’s really cool that Ford Performance is offering customers a way to create large-angle drift in the Focus RS,” said Block in a statement. “It definitely makes the car even more fun to drive.”

According to Ford Performance boss Dave Pericak, “The passionate engineers at Ford Performance are also enthusiasts. Everyone here is encouraged to think outside the box, so project ‘Wicked Stick’ was born. Our engineers will leverage the learnings from its development for future products for Ford Performance.”

The kit sells through the Ford Performance shop priced at $999, though sadly is only available in the US and Canada, and does not affect the car’s warranty, however, Ford says that “like drift mode, the Drift Stick is intended for track use only.”