Famed Texan tuner Hennessey has unleashed a trio of modified monsters at SEMA 2015, and unbelievably this 584kW Mustang convertible is the least wild of the bunch. 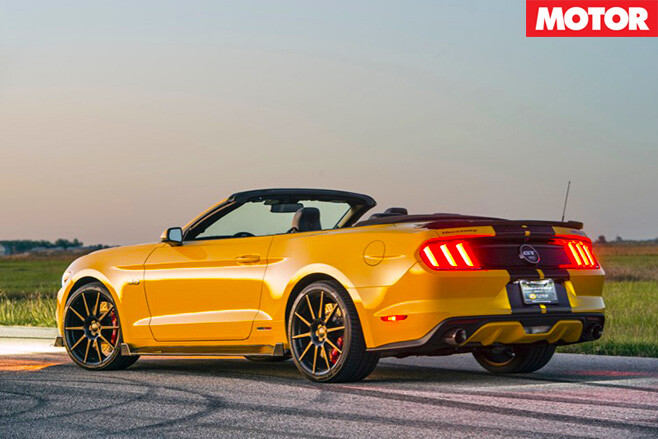 Along with with an upgraded fuel pump, high-flow injectors, less restrictive air intake and what we imagine is an extremely finely tuned ECU, the force-fed drop-top Pony Car produces 584kW at 7000rpm and 878Nm at 4400rpm.

Huge 384mm front rotors clamped by Brembo calipers front and rear bring it all to a halt, while Michelin Pilot Super Sport tyres attempt to put all that grunt to the ground, wrapped around the buyer's choice of 19- or 20-inch wheels. 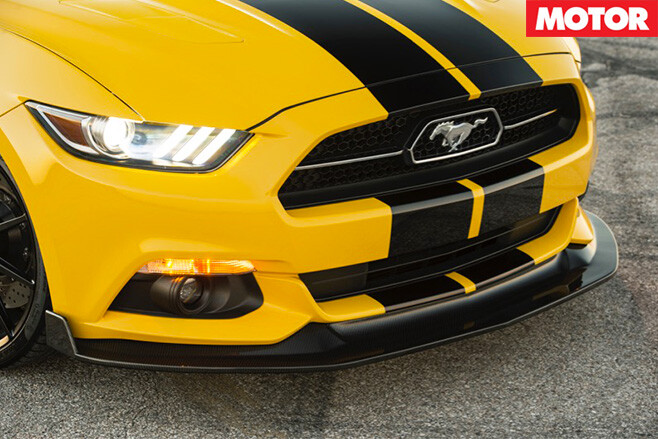 Acceleration claims of 3.2sec from 0-97km/h and a high 10-second quarter mile seem optimistic; though the HPE750 no doubt has the power to produce such figures, we imagine its somewhat dependent on traction.

What's not in doubt is its top speed of 335km/h, which was achieved on a recent episode of Jay Leno's Garage, at which speed the carbonfibre front splitter, side skirts and rear lip spoiler no doubt do their part in keeping this Mustang on terra firma. 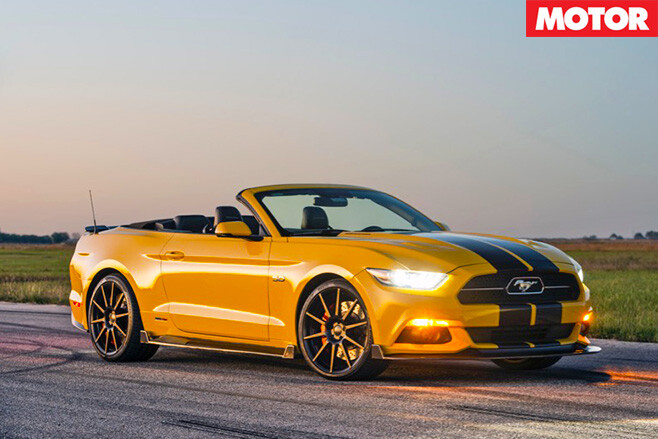 In the US the HPE750 kit costs US$27,200 over and above a regular Mustang GT Convertible, however for local pricing potential buyers will have to contact one of a number of Aussie tuners importing Hennessey gear for local consumption.