Skoda’s seven-seater-on-stilts has claimed what it says is a new record at Germany’s Nurburgring Nordschliefe – but is the ‘record’ just marketing guff?

THE Skoda Kodiaq RS is real, and the Czech automaker has leaped out of the stocks in a big way by taking its box-fresh – and first ever – performance SUV to Germany to set a record lap time at the fearsome Nurburgring Nordschliefe. 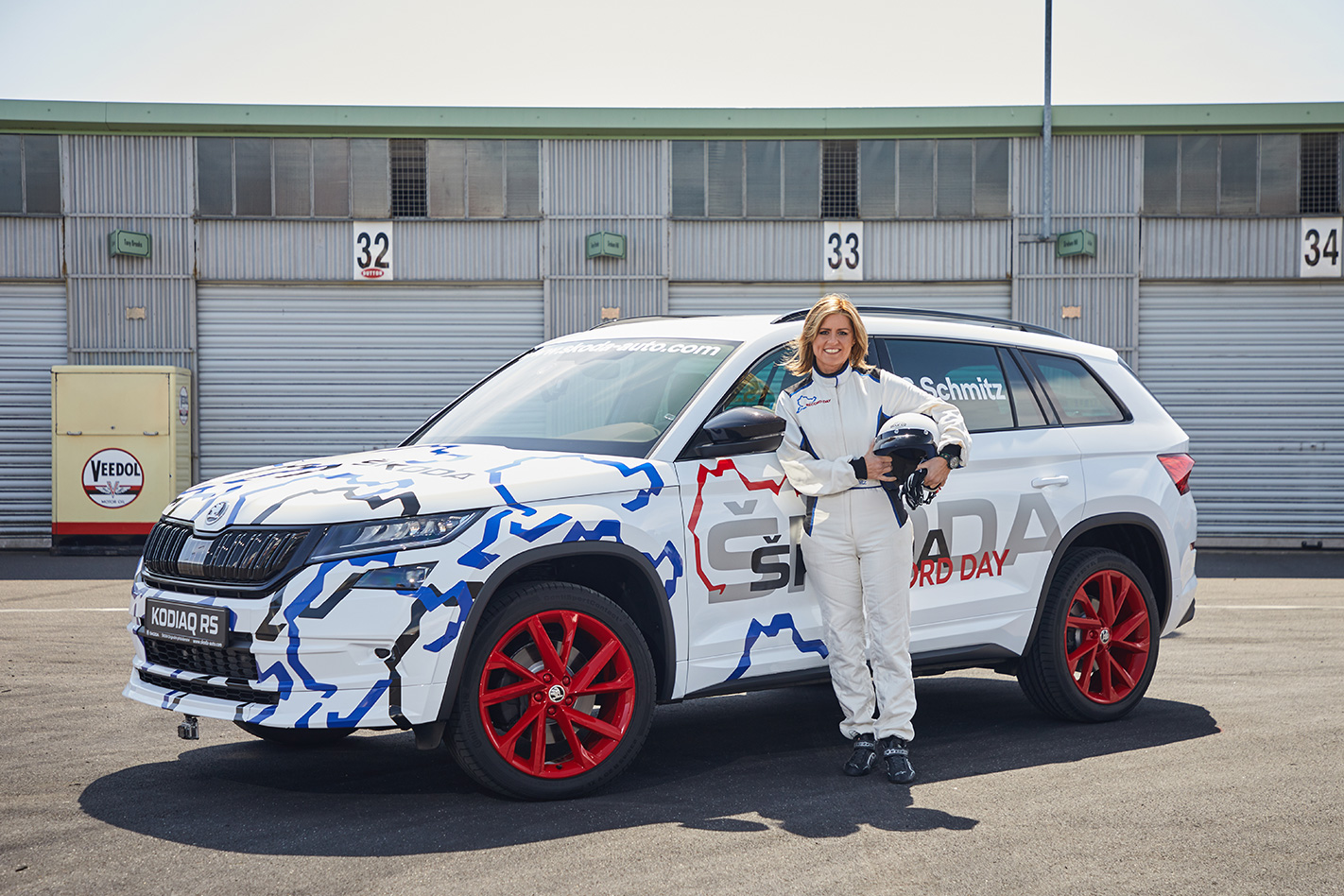 Sabine Schmitz, talented endurance racer and literal Nurburgring resident, was at the helm for the Kodiaq RS’s record run, and was complimentary of its on-track performance. Its 2.0-litre twin-turbo diesel inline four makes a stout 176kW (14kW more than its most powerful corporate cousin, the Tiguan 162TSI Highline), and takes power to all four wheels.

Read next: Skoda Kodiaq RS in the works

“The Nordschleife is the hardest race track in the world. So much work goes into making a car fast here,” said Schmitz. 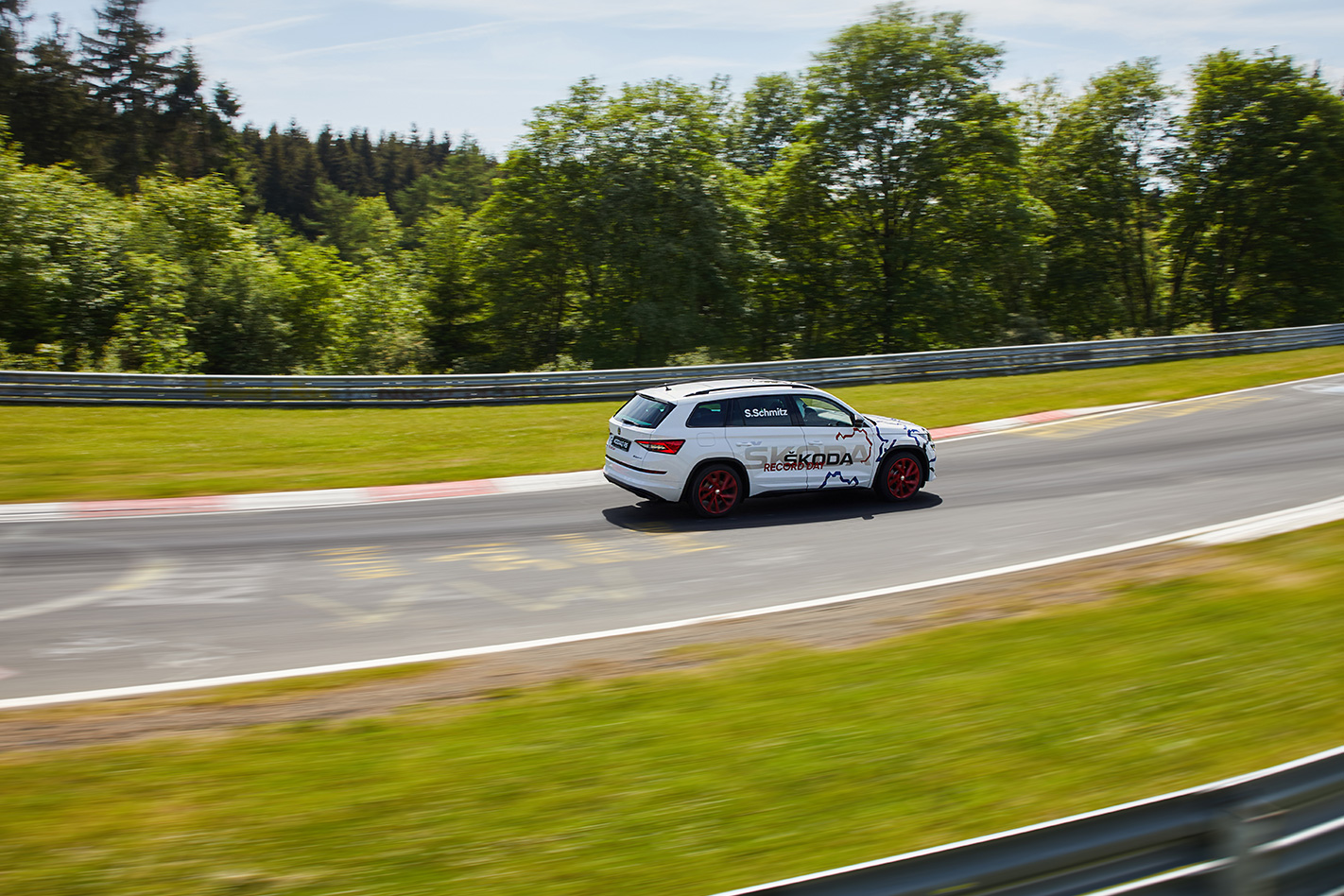 “The engineers did a very good job to make a stock car go fast here. I felt very comfortable from the beginning, which I really hadn’t expected.”

But is the Kodiaq RS’s “record” little more than marketing spin? There’s of course the selective categorisation - it’s the “world’s fastest seven-seat SUV”, rather than “world’s fastest SUV” – but then there’s the time itself of 9.0 minutes, 29.84 seconds.

That’s respectable for a diesel-engined family hauler, but in terms of performance cars it’s not exactly on the pace.

Even in the realm of SUVs it trails far behind the current top dog, Alfa Romeo’s Stelvio QV, which recorded an ultra-rapid 7:39. Schmitz herself has prior form behind the wheel of faster SUVs too, namely Jeep’s Grand Cherokee SRT8, which she steered to an 8:49 lap.

Of course, neither of these have seven seats – ergo, Skoda can legitimately lay claim to a record of some sort. 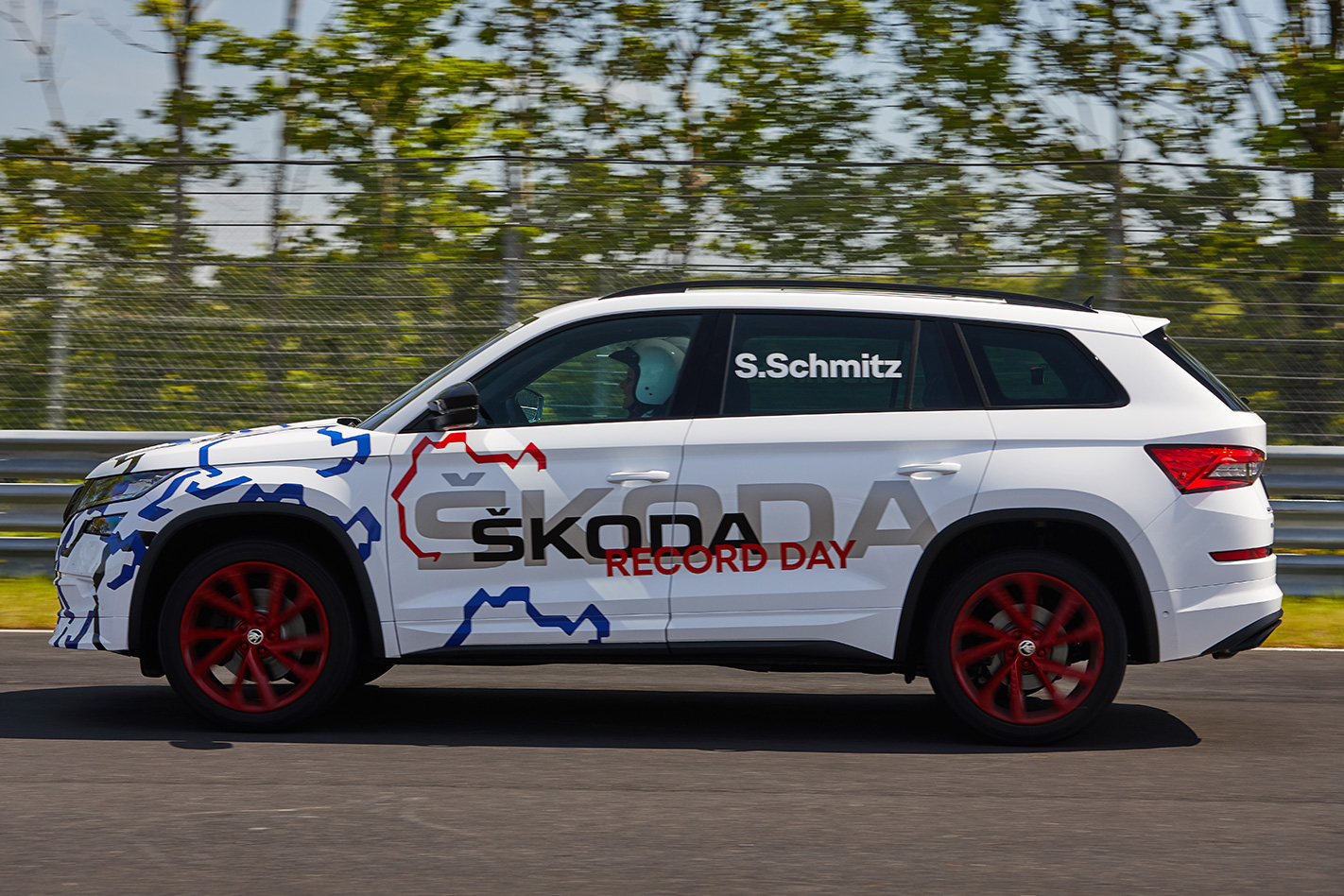 But even so, we’d nevertheless welcome the arrival of sportier options in one of the least sporty vehicular categories, which makes it a grand shame that the Kodiaq RS is not going to make its way to Australia. The reason being that Australia is classed as a “hot climate” region by the Volkswagen Group, and with the Kodiaq RS’s engine being under more duress than a typical turbodiesel it’s deemed unsuitable for our climate.

It’s a situation that Skoda’s local office would like to change and, according to PR chief Paul Pottinger, representations have been made to head office to redress the situation – not just for the Kodiaq RS, but for other models that are held back for similar reasons.

Looking at sales figures for the RS models we do get over here, it’s easy to understand their enthusiasm for the Kodiaq RS. 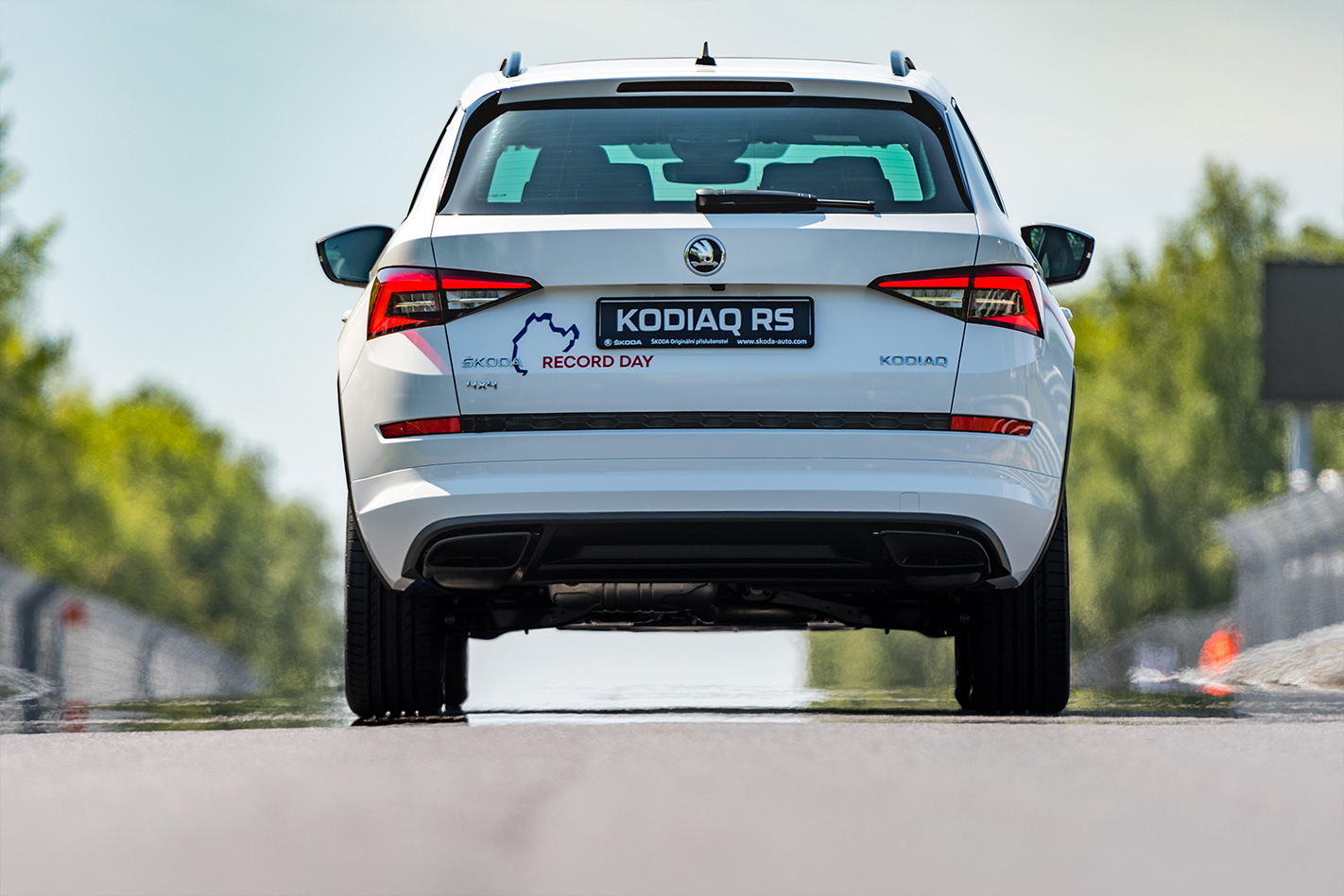 The Octavia RS accounts for a whopping 50 percent of all Octavia sales in this country, which is even more significant when you consider the Octavia is also the brand’s most popular vehicle on these shores.

Capturing some of that RS magic and applying it to the Kodiaq would surely result in a solid sales win for the company. 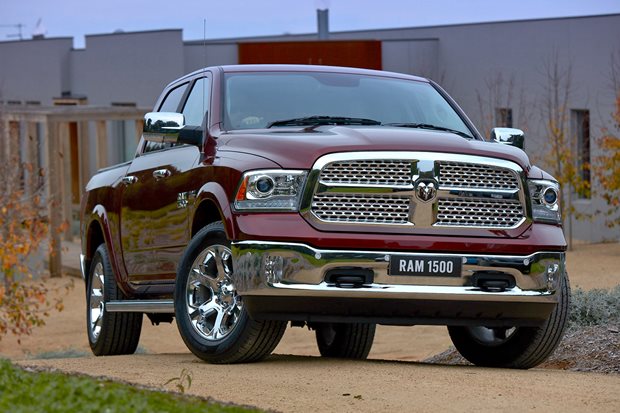 Ram has crunched the size of its old truck’s US showroom, limiting the number of special variants we’re likely to see here